Another faulty board from the “portughese” box, a Flying Shark (by Toaplan/Taito) 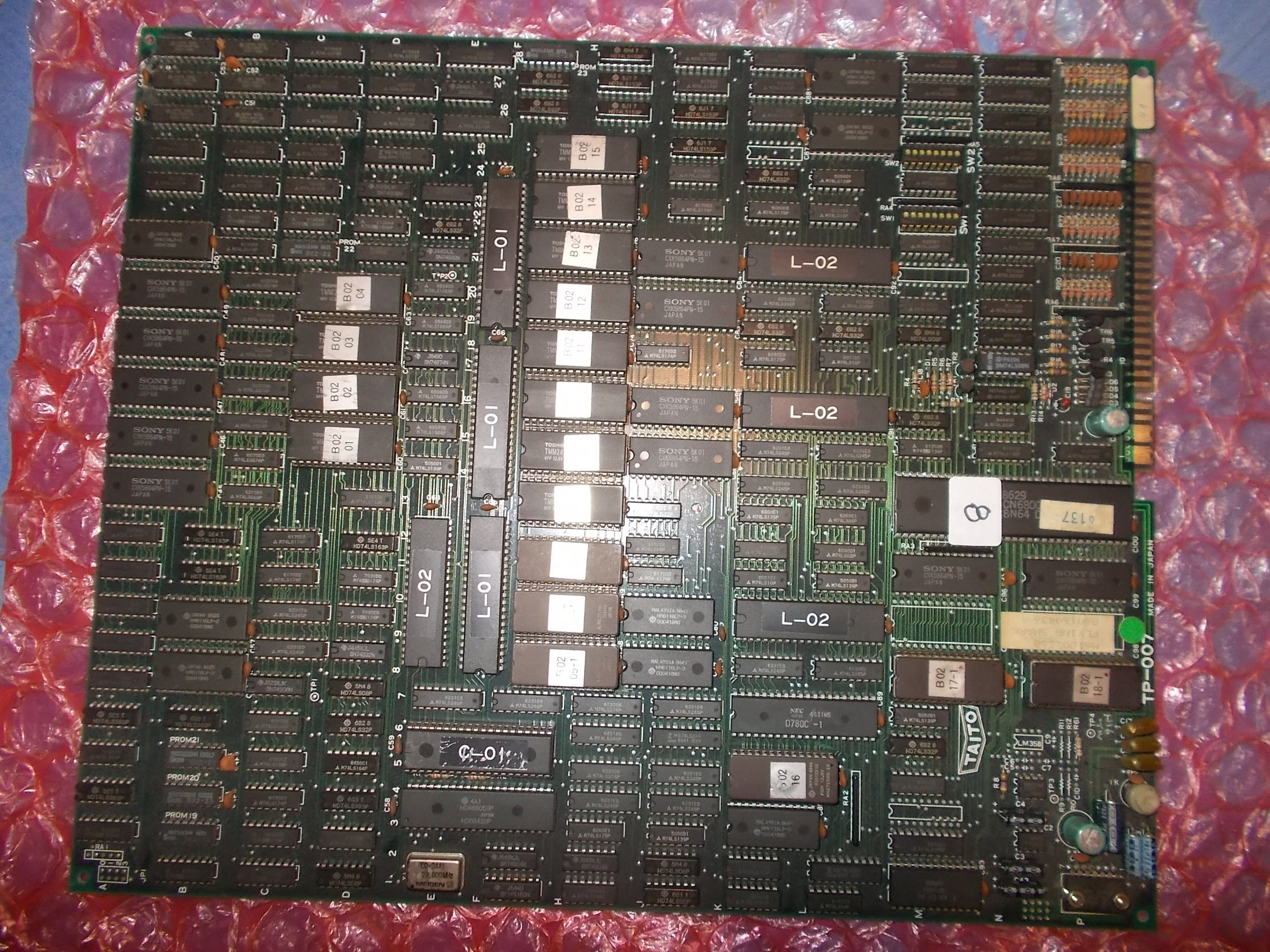 It booted up, game was fully playable with sound too but colors were completely wrong: 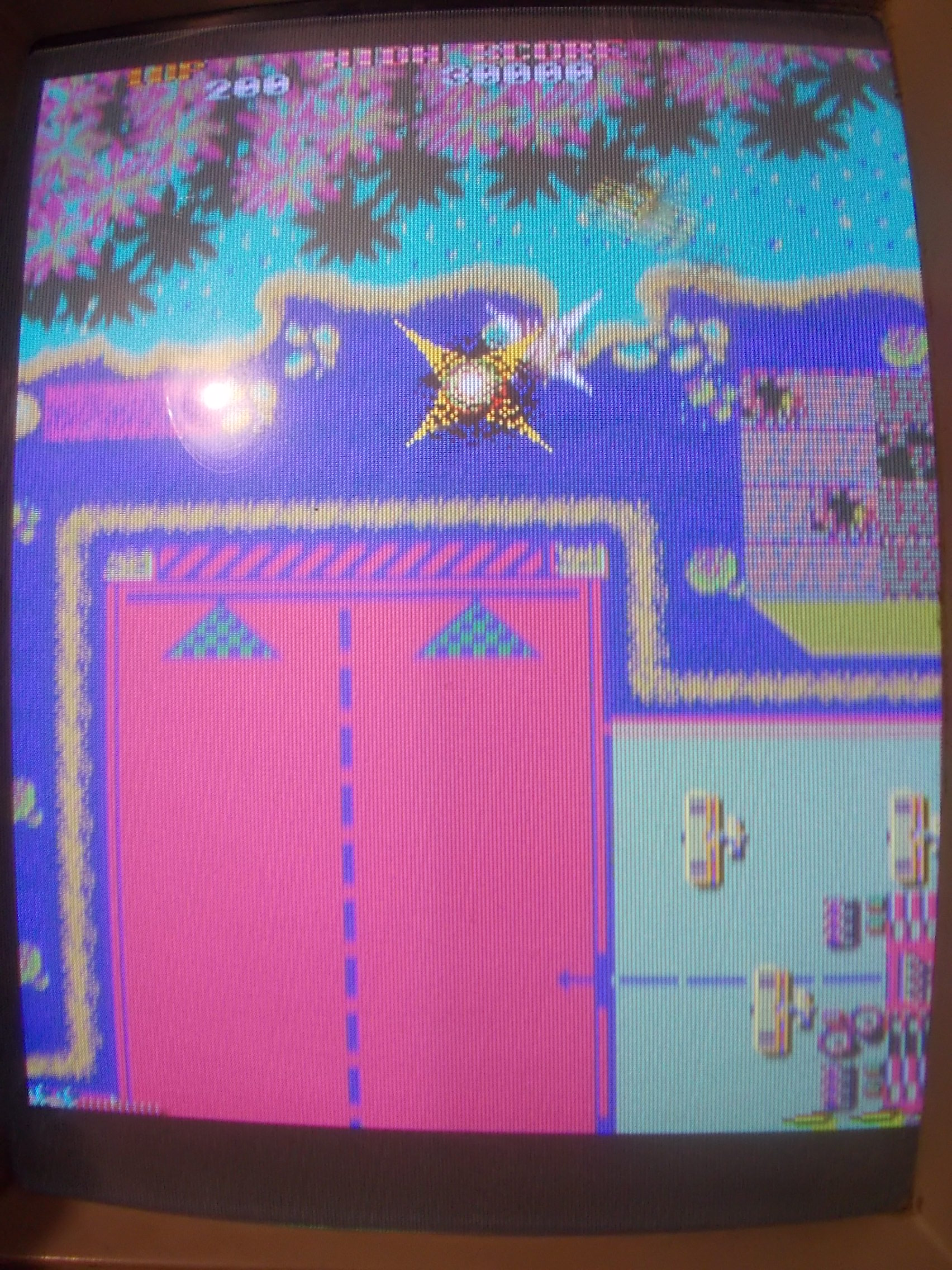 By shortcircuiting some address/data pins and observing the changes on the screen I was able to figure out the palette RAMs and consequently all the remaining colors circuitry: 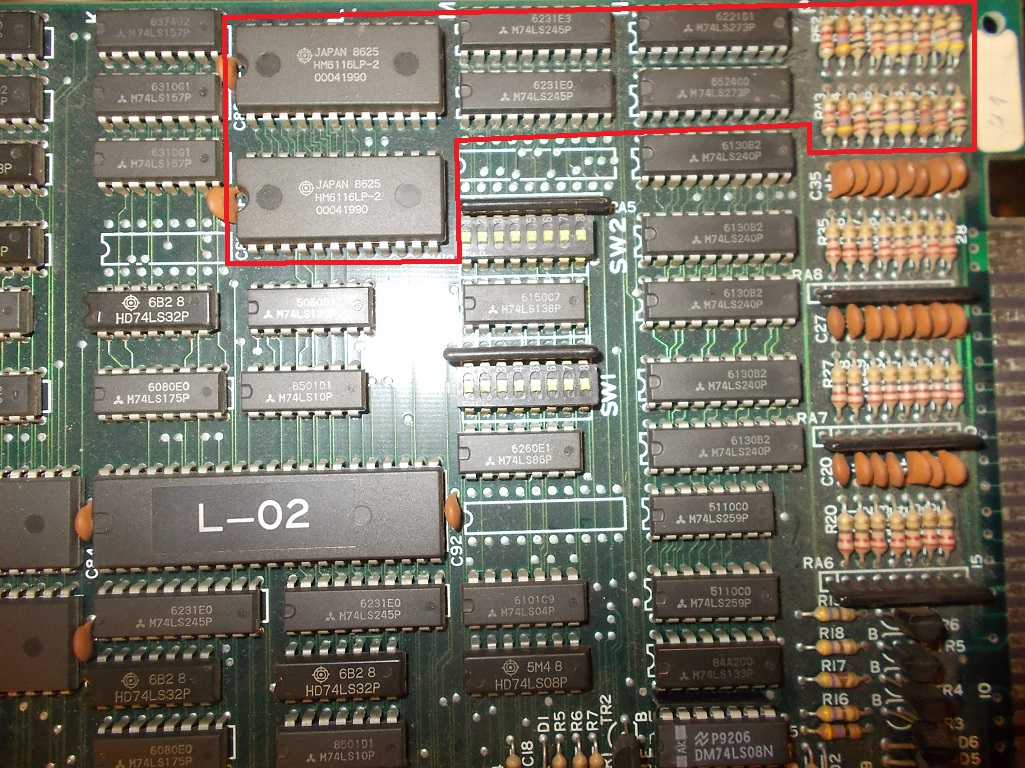 The data bits from the two 6116 RAMs (2k x 8-bit devices) feed into two 74LS245 and being latched by two 74LS273 whose outputs are tied to three separate R2R resistor ladders (one for each RGB color) for the analog conversion.I found nothing abnormal until I probed the  74LS273 @27N, a couple of outputs were stuck low: 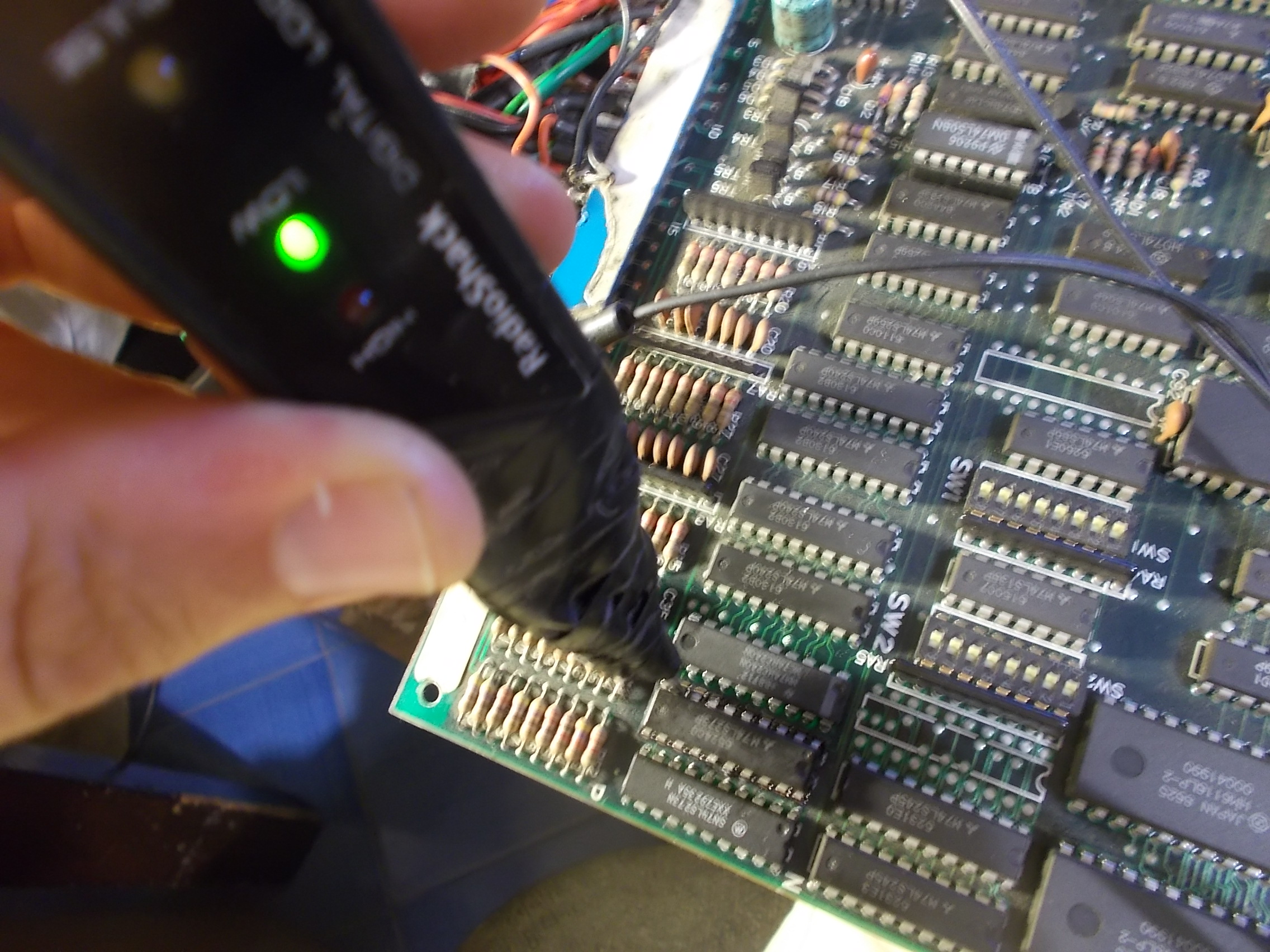 This was confirmed also by logic analyzing:

I removed the IC and tested it out-of-circuit,  it totally failed: 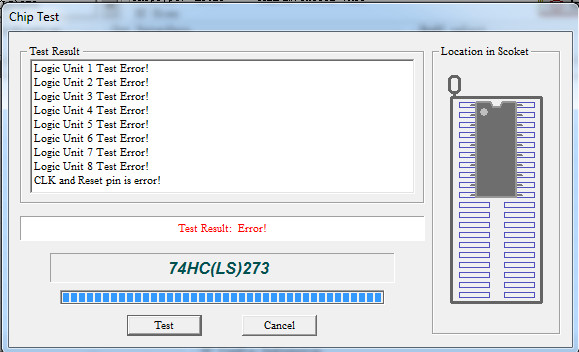 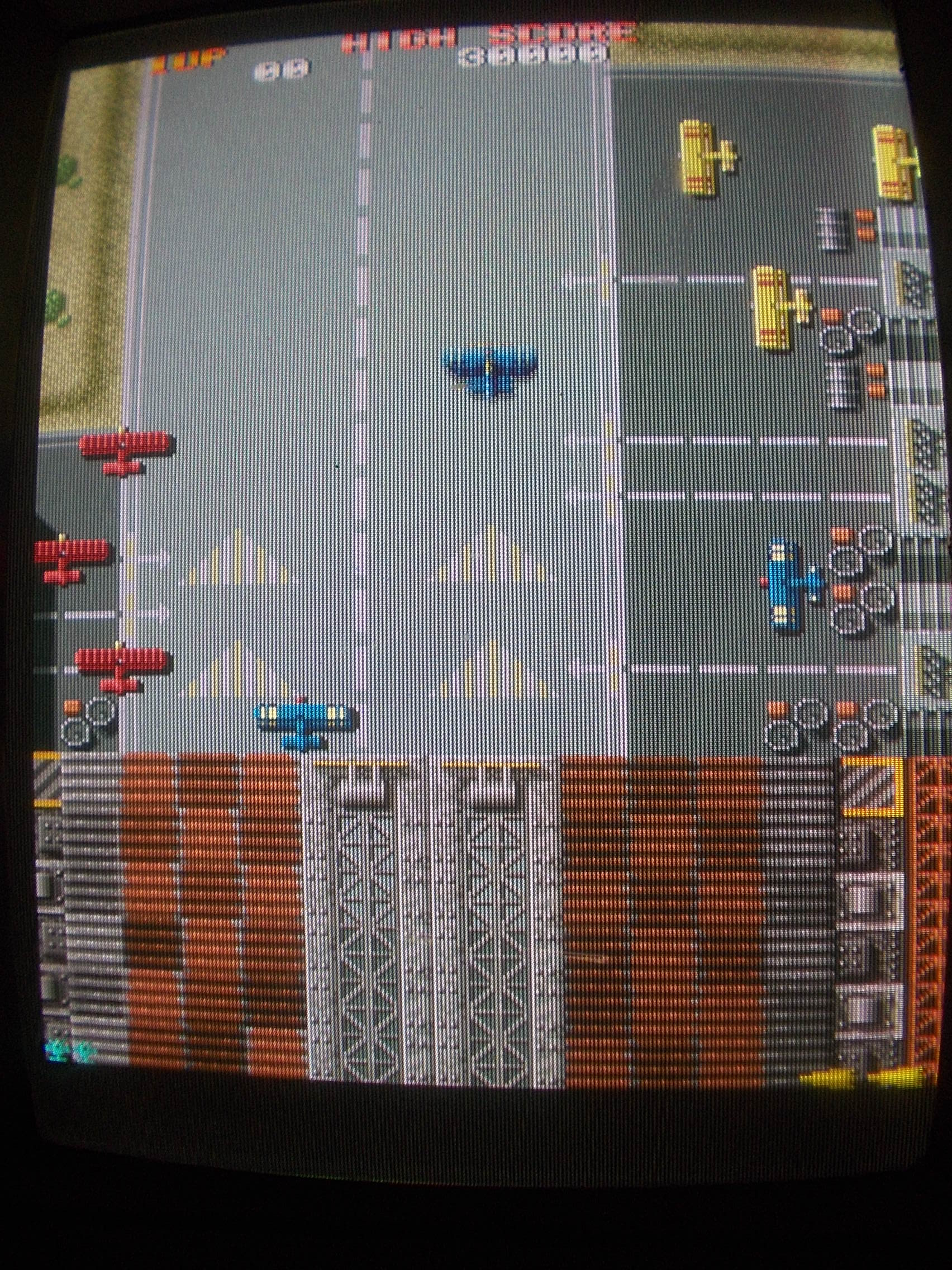