Yes, yet another G.I. Joe PCB on the bench (this is the third I repair).Let’s start with the log.

PCB was in a clean state: 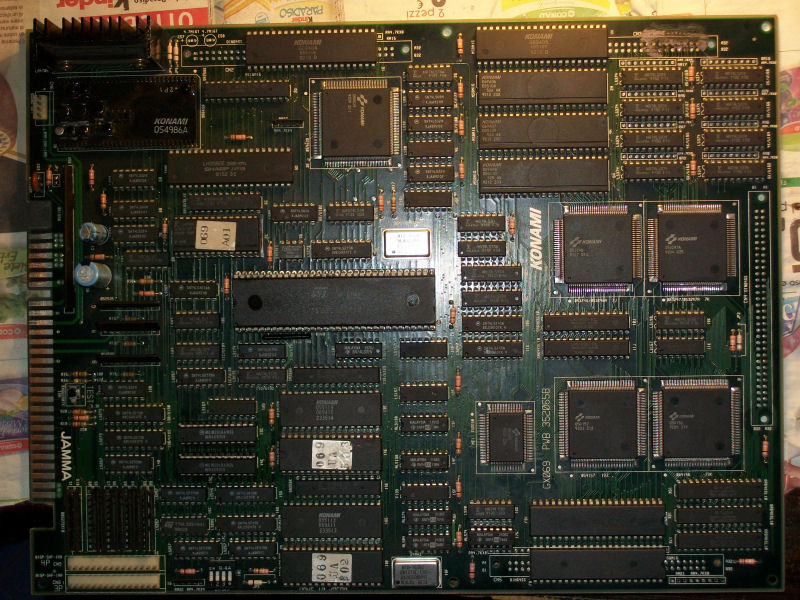 But, as often happens with this Konami hardware, board had the watchdog active sign that there was a problem in main code execution or in the CPU itself.As usually I started my troubleshooting analyzing the main 68000 CPU and I found that, though the RESET signal was correctly generated by the custom ‘051550’ and reached the CPU, PIN17 (/HALT) and PIN18 (/RESET) of 68000 were stuck LOW so it was not never inizialized (all control lines were obviously silent ,too).So, judging from this,I started to suspect that 68000 was really faulty.I decided to do an “extreme” piggybacking with a good know CPU and sometimes I got it booting showing a bad color RAM: 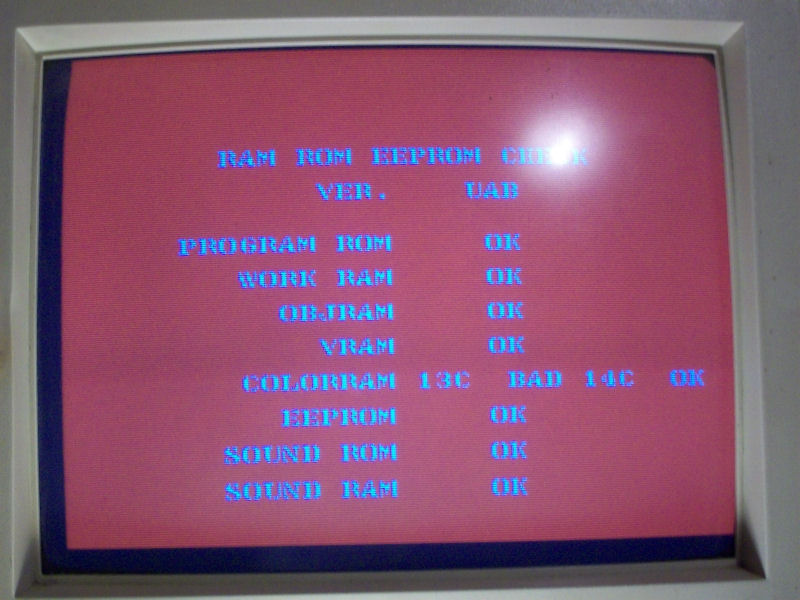 This was enough to desolder the main 68000 CPU (a 16MHz one manifactured by ST) fitting a proper 64PIN socket:

Trying it in another board I obtained a solid black screen sign that it was realy bad (it’s the first time I came across a faulty 68000 CPU, never happened before).With a new 16MHz 68000 fitted in the socket board succesfully booted always showing the color RAM error above but I quickly fixed this by replacing both 2018 SRAM (also the one @14C was bad)

As I expected in this kind of Konami hardware which use ‘054986A’ hybrid custom sound module there was absolute lack of sound ,only some popping noises sign that the LA4707 amplifier was still alive at least.So was time to replace all the SMT electrolytic capacitors with new tantalum ones as they were leaking and having ESR value out of specs:

and install proper 1.778mm pitch sockets for the module to finish the job: