Got this original Konami G.I. Joe PCB from Ebay as not working.Looking at the auction picture I could see the ‘051550’ SIL custom broken in half, this was confirmed once I received the board:

For the uninitiated, this custom is of vital importance since it generates the master RESET for the whole board, infact 68000 CPU RESET line was stucked LOW and I got only a static screen: 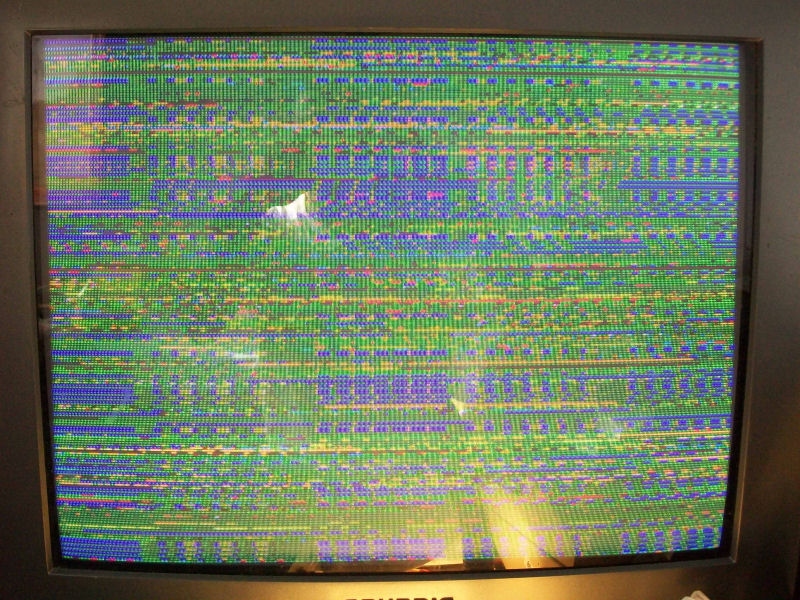 I had many Konami faulty boards for spare so I took this custom from one of them and, after replaced it, the board resetted properly but with an error on VRAM @16K: 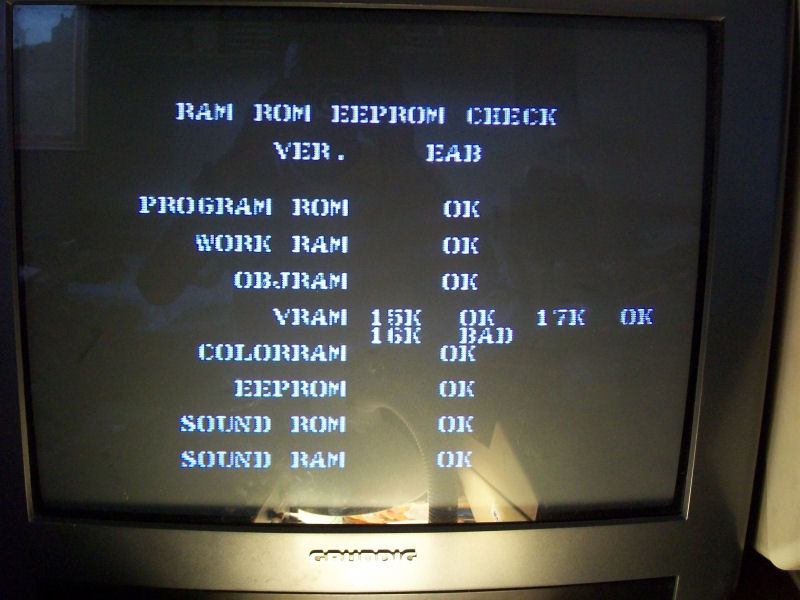 Desoldered and test the 6264 RAM out-of-circuit confirmed it as bad.With a new RAM game was fully playable  (also with sound which is quite rare as this board uses the ‘054986A’ hybrid custom module) but something was wrong :

like some colours were missing from certain backgrounds and this was confirmed also by the color check I ran in TEST MODE comparing the output with the one from a working board:

Color RAM was OK as reported by initial test so I start to suspect the ‘053251’ ASIC since I had a similar fault on a Bell & Whitles PCB.According to MAME this ASIC is a palette/priority chip : 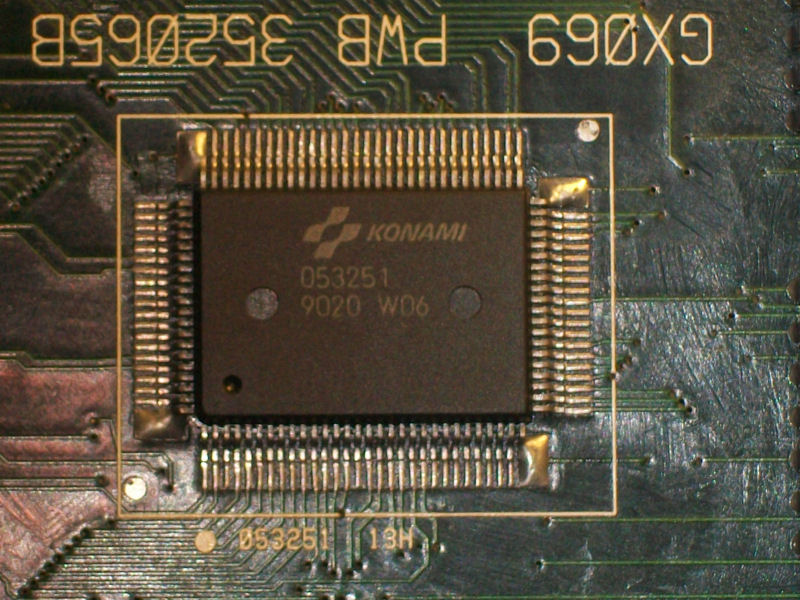 So this convinced me to replace it.And I was right since colours came back to normality: 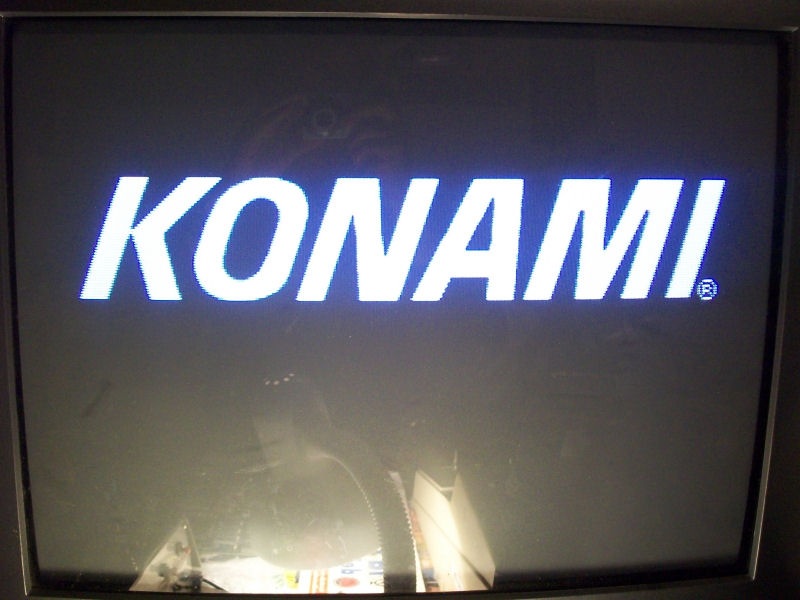 Gameplay was fine now but some of the sound FXs were muffled and distorted.It could not be due the ‘054986A’ hybrid module since the issue was limited only to some FXs so I started to check the audio circuit (commanded by the usual Z80 CPU).When I piggybacked the 6116 SRAM @6C all the sound FXs were restored so I desoldered the chip in order to test it out-of-circuit: 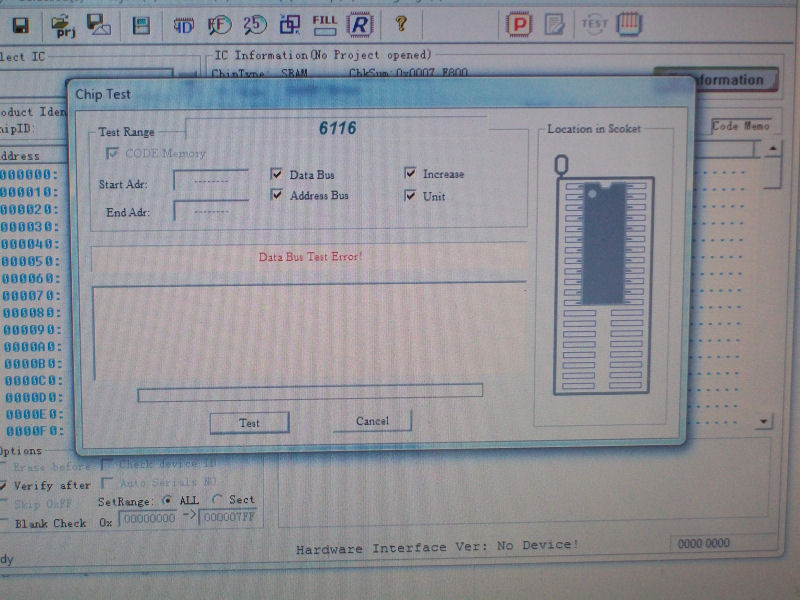 RAM was really bad though this fault was not reported by initial RAM/ROM test.Not satisfied, finally, to top it all I recapped (with tantalum capacitors) and socketed the ‘054986A’  sound hybrid module’: 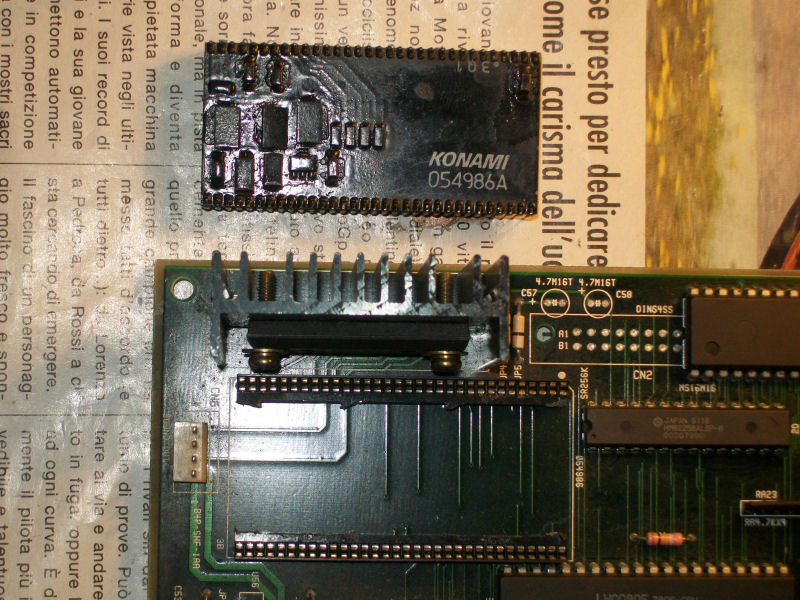