As every arcade fan/collector probably knows, Konami makes great things but… sometimes weird.Technically speaking every their board (starting from old ones like Gyruss to latest ones ) has its own hardware layout which involves the use of  custom ASICs (Application Specific Integrated Circuit).These ICs are used to semplify the layout and prevent board bootleging.They can have most disparate shape and package and do various functions (sound, graphics, I/O and so on).In particular the Konami ones are really well made but often prone to failure.Some example of their customs : 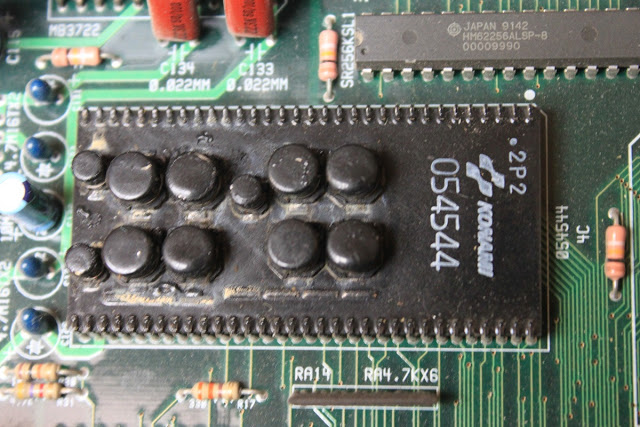 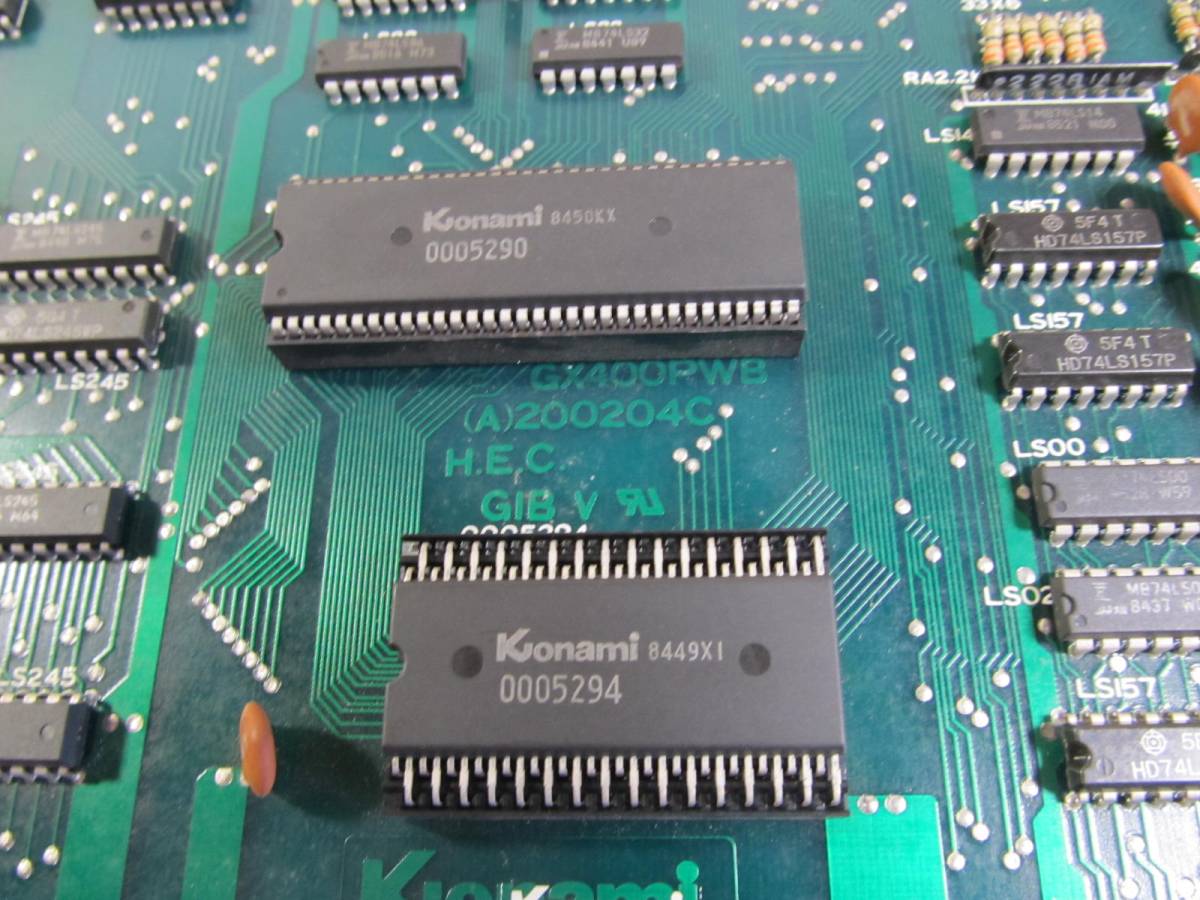 The one I faced during this double repair log is the one marked ‘054573″ .It’s used on hardware of mid ’90s, it has SIL 15PIN package and it’s essentially a color DAC, it converts digital color signal into an analog one outputting it directly on JAMMA connector (so one IC is used for each RGB colors) : 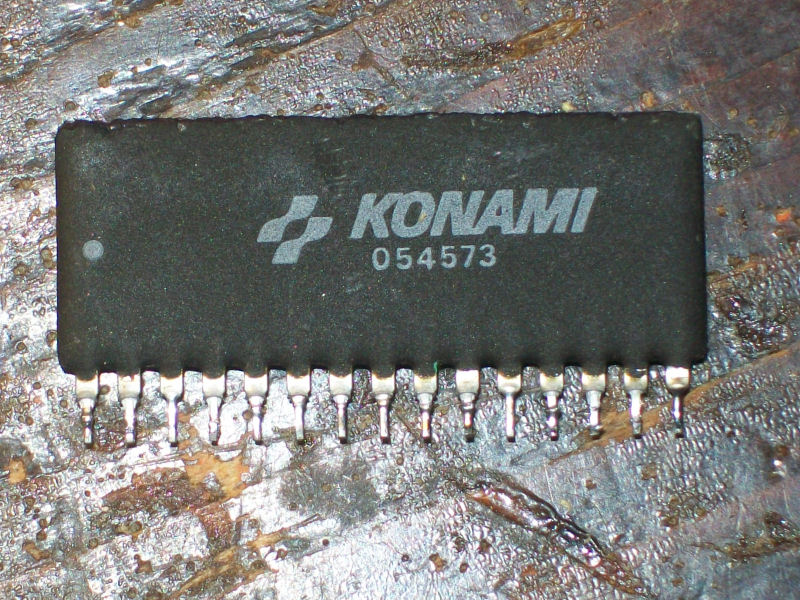 Here is the IC ‘naked” , picture kindly provided by IronGiant: 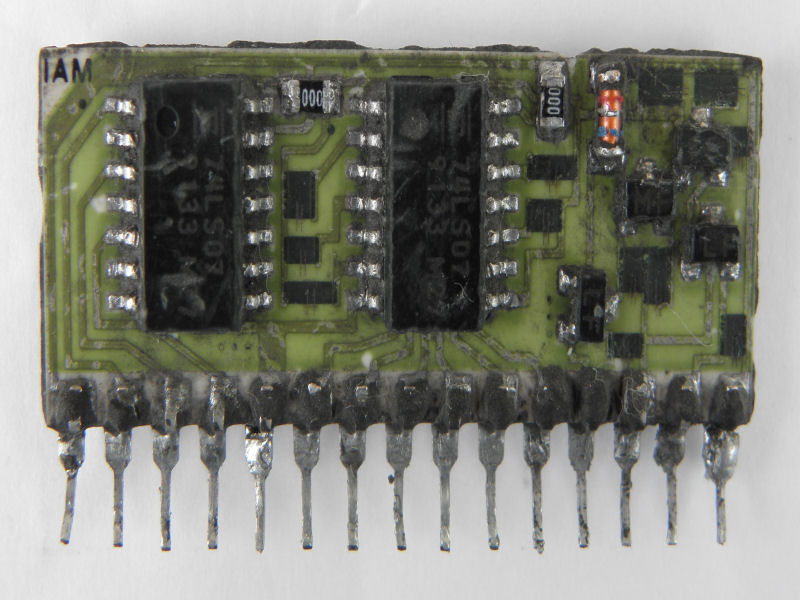 It’s a quite fragile part, indeed while I was testing a Gaiapolis PCB, I switch it OFF/ON and I got this (picture on the right) :

Green color was suddenly missing.Once identifying the ‘054573’ DAC responsible of this color I compared with a logic probe its pins to  the ones of the other two DACs and they had exactly the same activity except for PIN2 which is , indeed, the output connected to PIN12 solderside of the JAMMA edge.Observed with an analog scope confirmed the output was silent compared to an healthy one of a good DAC:

Replaced it and the green color was restored : 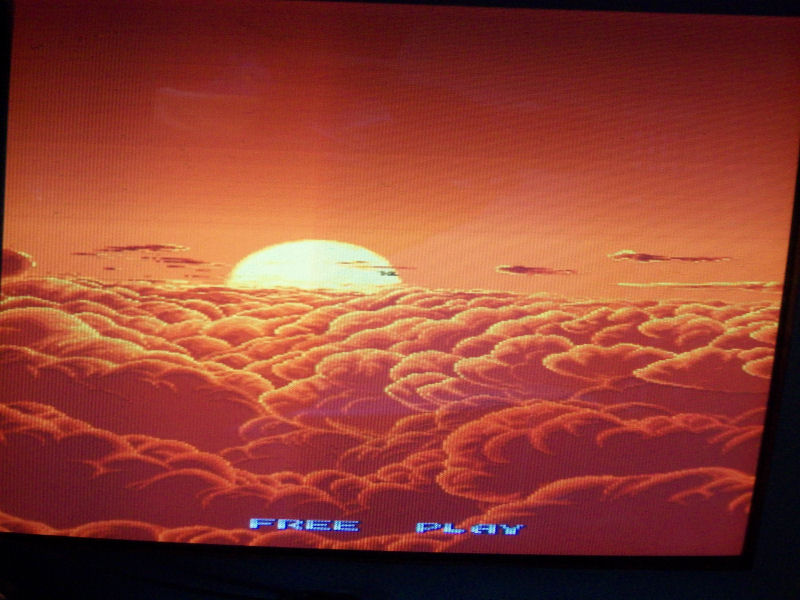 The second PCB, a Metamorphic Force one which also use this kind of DAC, was perfectly working but someone made an awful job on the solderside, “piggybacking” a good ‘054573’ DAC on the faulty one (the green color one also here) and fixing it with hot glue:

Since the eye wants its part, I decided to revert this orrible hack restoring the original status and testing successfully the board :