Stored this original Galaga PCB from a while but never looked at it deeply: 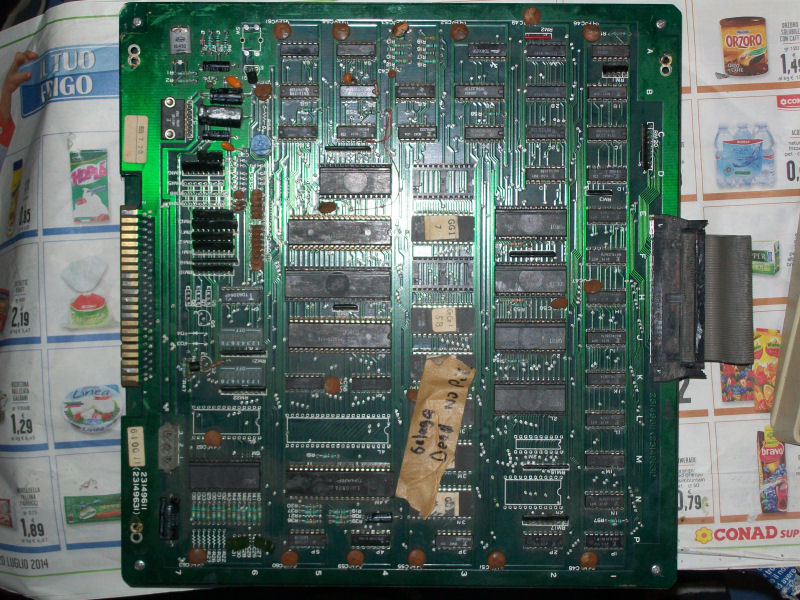 It had a piece of tape on it saying “Dead” but at a first visual inspection I noticed it missed the custom marked  ‘0020’ (tilemap address generator with scrolling capability) on CPU board @1H.So I thought  game is over, I was doomed .The only chance I had was using some modern replacement (based on CPLD or FPGA).But, then, my savior appeared under the name of Silvio, a guy met over over ArcadeItalia forums (thank you again and again..) who very kindly donate me this custom chip.

So, time to build the needed JAMMA adaptor and I fired up the board getting this: 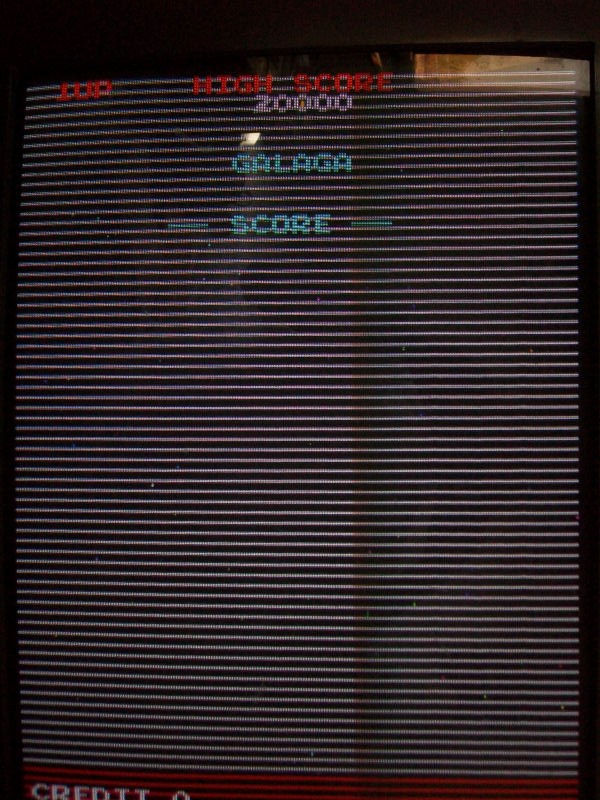 Horizontal white stripes all over the screen,  a good point to begin from 🙂

So, I started to touch and press the board in different places and I noticed that if I pressed the custom marked ‘0200’ (GFX data shifter and mixer) @4H on video PCB , issue disappeared.So, it was clearly a matter of bad contact due a corroded socket and this was confirmed by replacing it with a new one: 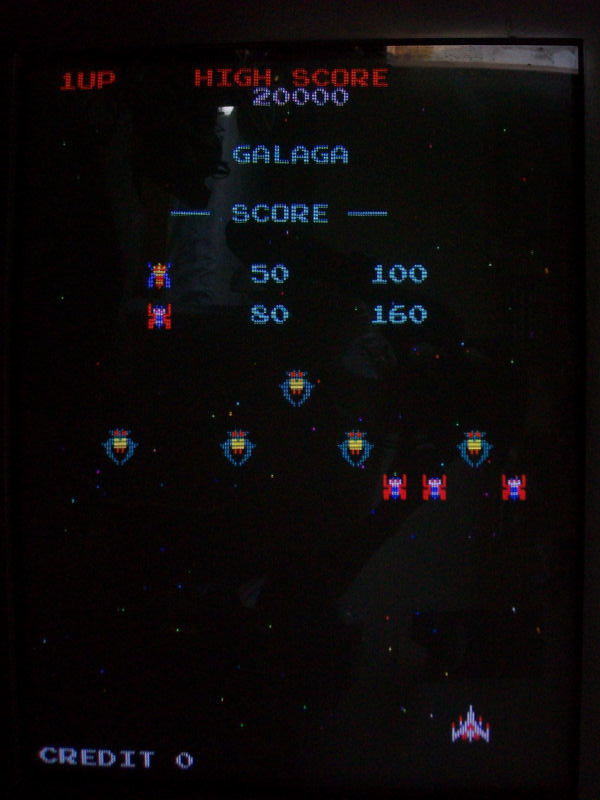 I was happy since I thought board was 100% fixed but when I started a game I noticed (or better, heard..) something odd : all sound FX (explosions, etc..) were fine but music was muffled, almost distorted.

So , schematics in hand, I was starting my troubleshooting on audio section when I noticed that a 1KOhm 5 pin  resistor network @RM2 was missing from my board: 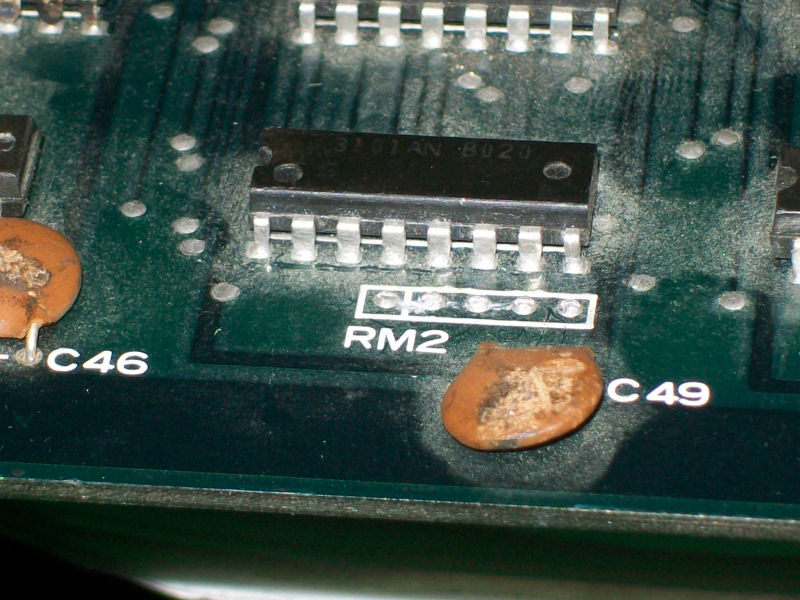 Looking at schematics I found that this should have been connected (and acted as pull-up) to outputs of the near N3101AN (7489 equivalent)  @2A which is one of the two  RAM used in sound circuitry .So, with confidence I installed a new resistor network and…. music really came back crystal clear as it should be.