After Lifeforce, another awesome Konami shoot ’em up on the bench, it’s the turn of Gradius II – GOFER no Yabou : 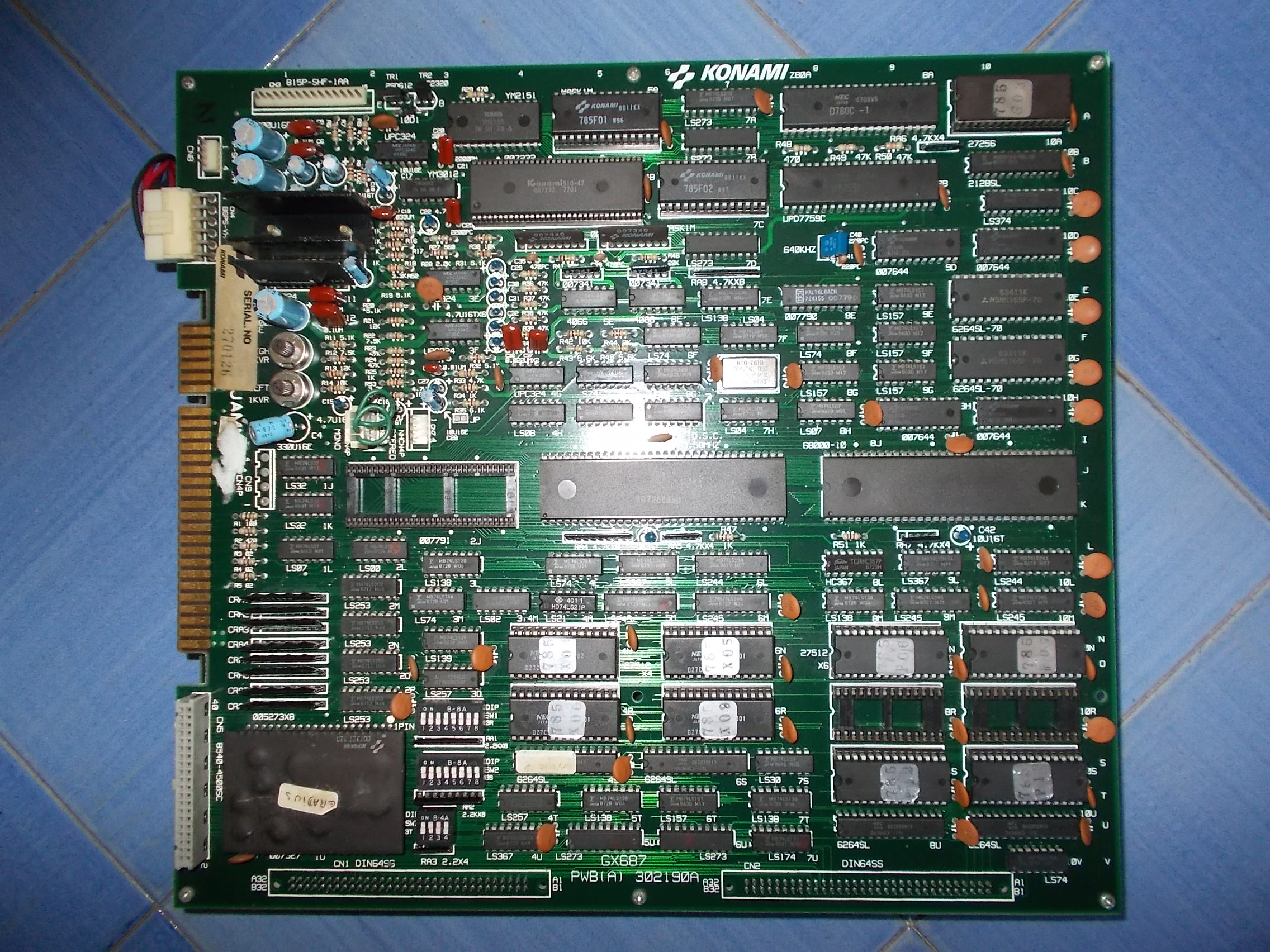 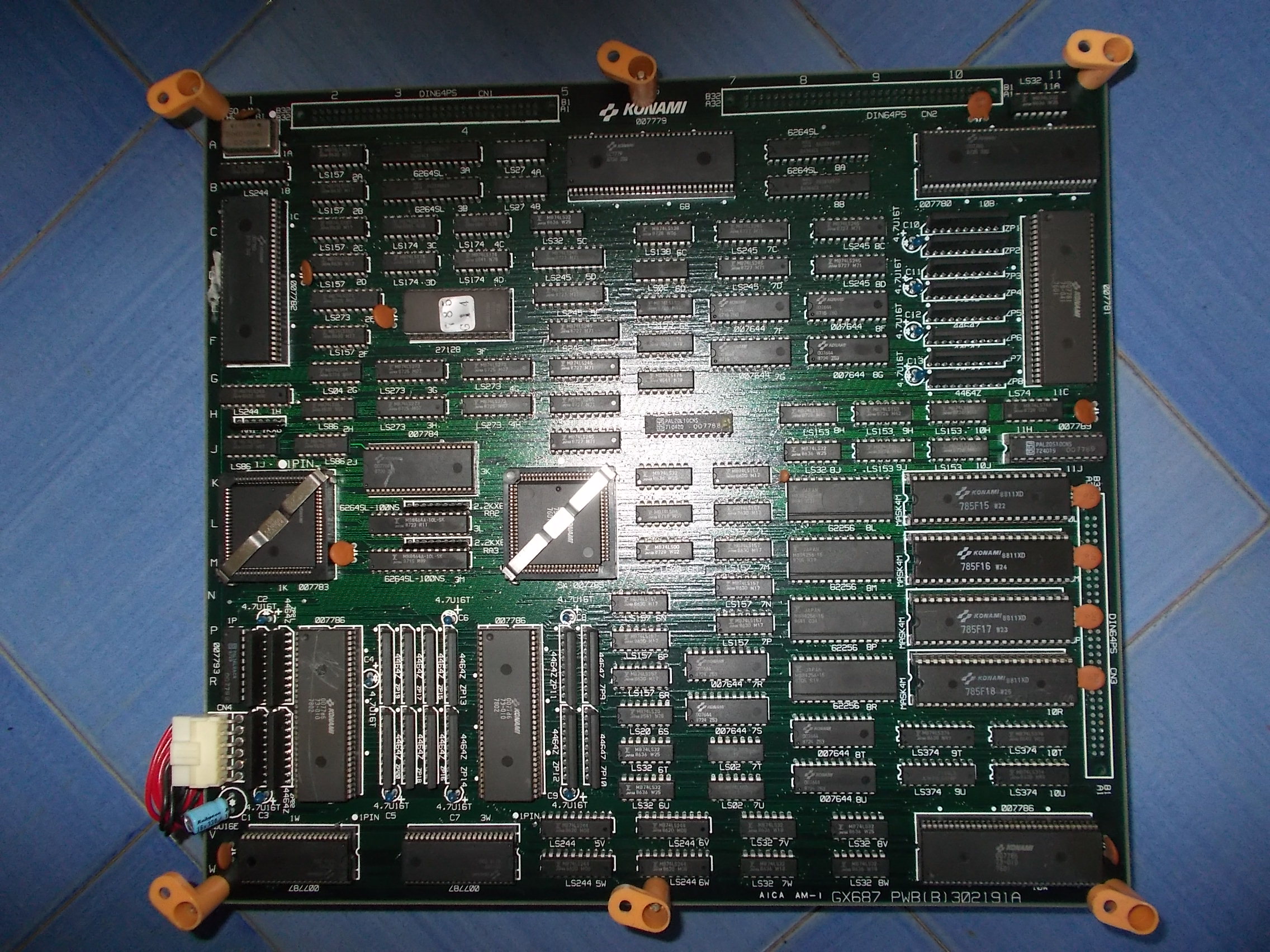 Both CPU and video board were in great shape but this is what I got once powered it up: 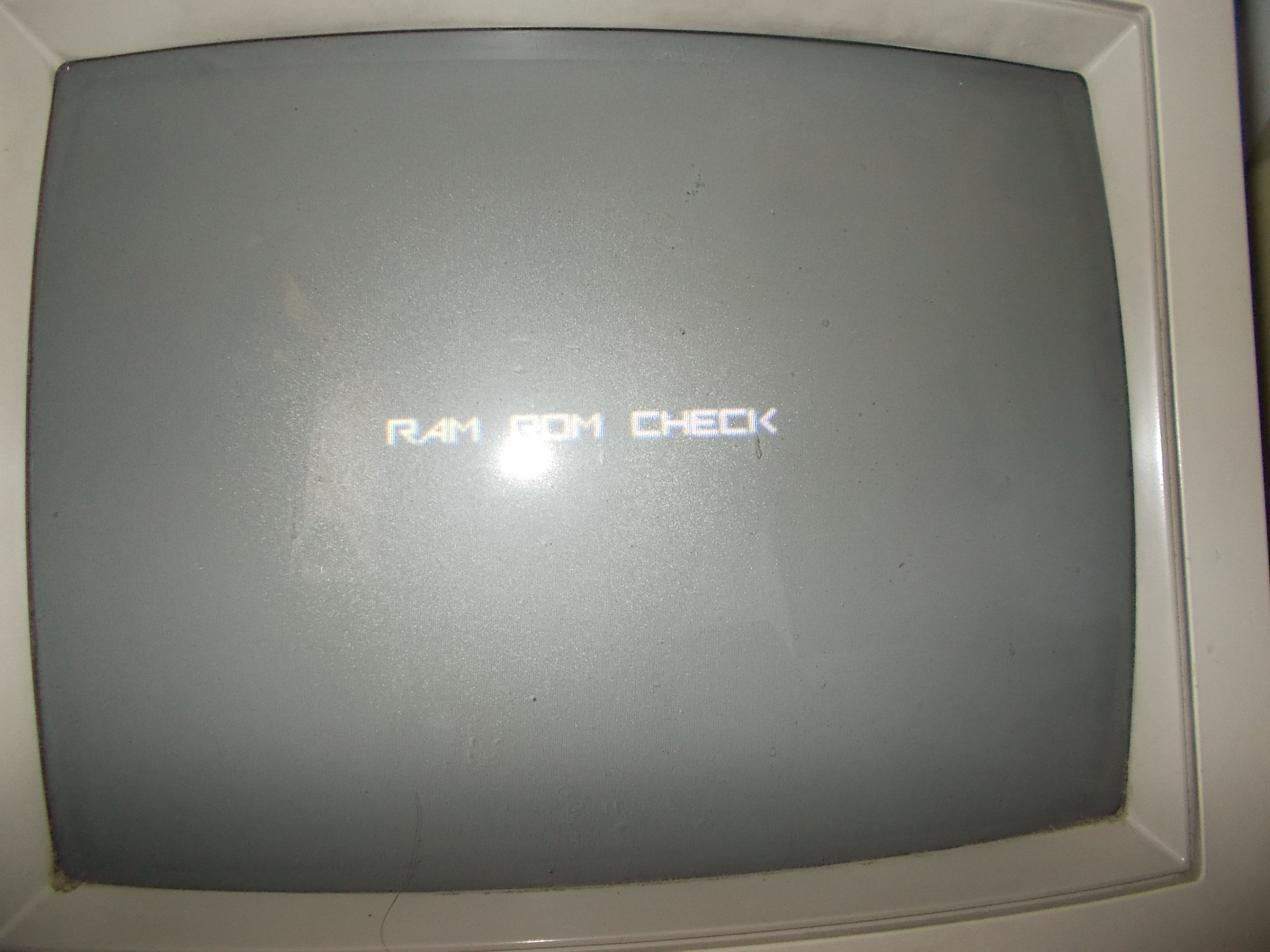 Board sat down on the above message and very rarely showed an ‘ADDRESS ERROR’ or ‘ILLEGAL INSTRUCTION’ message: 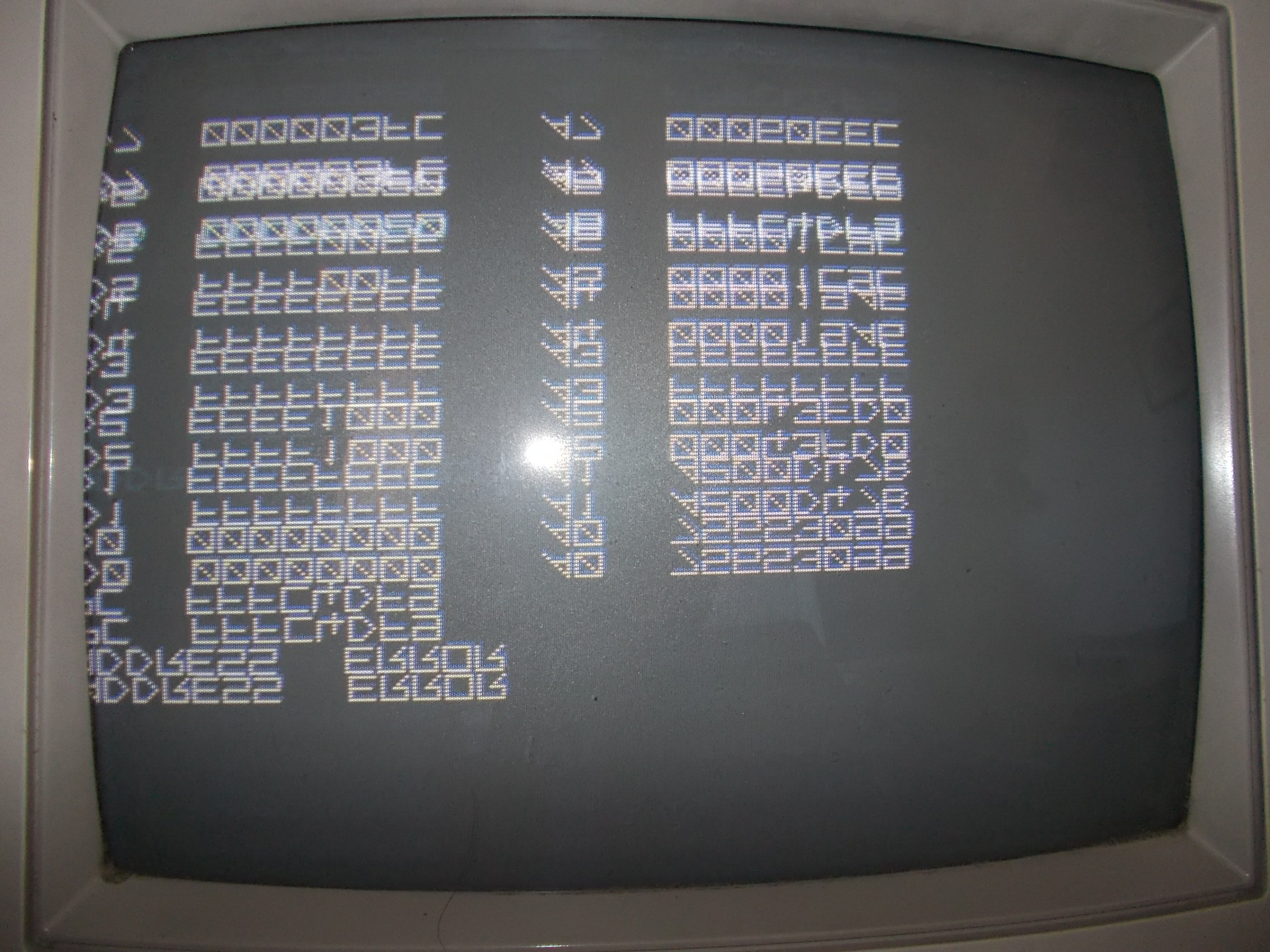 Thanks to my friend Josef who sent me a good Gradius II boardset I could narrow the fault in the CPU board but, before knowing this, during my troubleshooting I found with my logic comparator a couple of faulty Fujitsu TTLs, a 74LS32 @7W on video board and a 74LS157 @8G on CPU board  :

So I could concentrate exclusively on CPU board since I know the fault was there for sure.Probing the board with my oscilloscope I found some abnormal activity on a couple of 6264 RAM @10E and 10G : 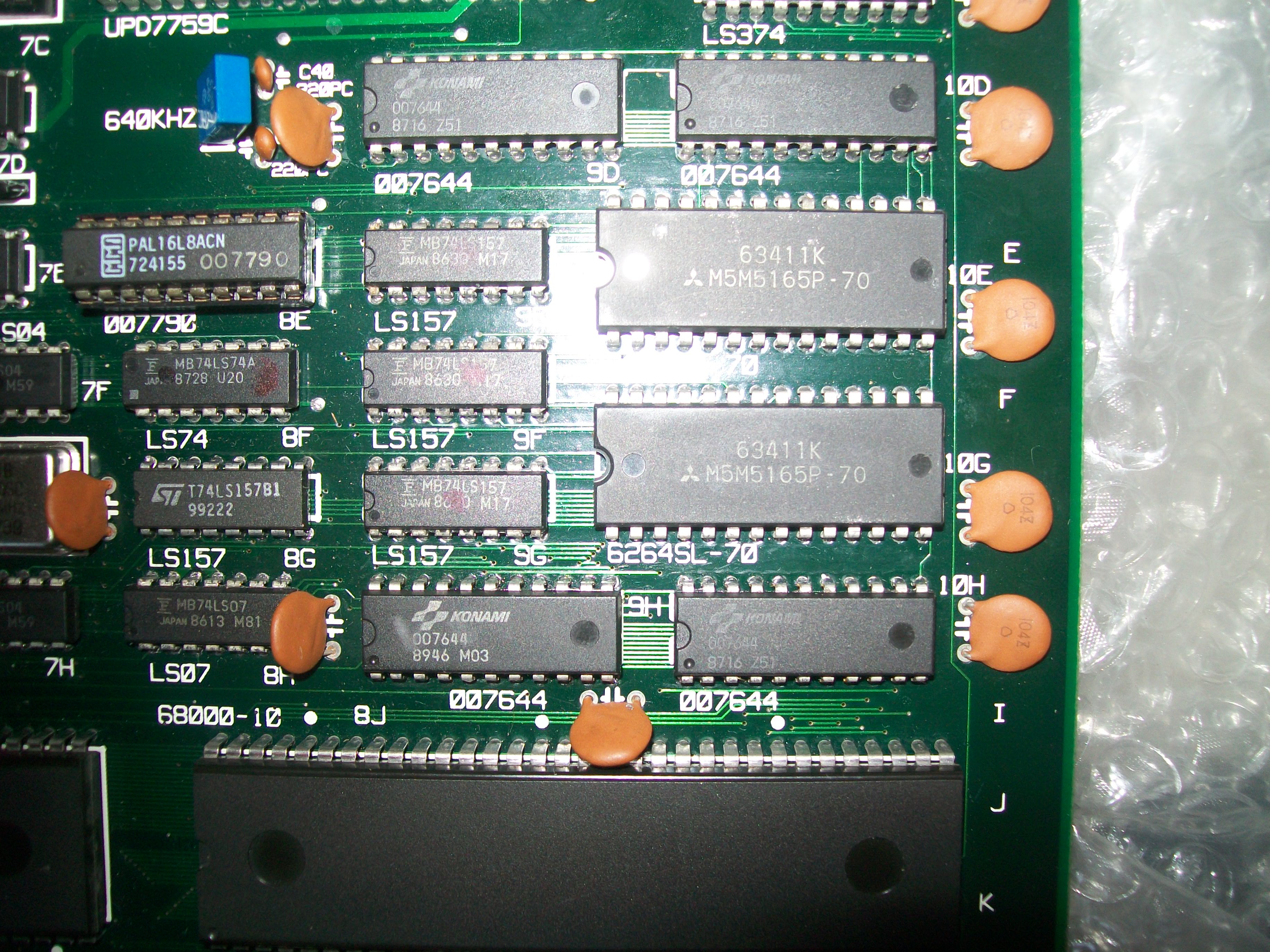 Launching the game on MAME I could figure out that these two RAMs are used by both the main and slave 68000 CPU : 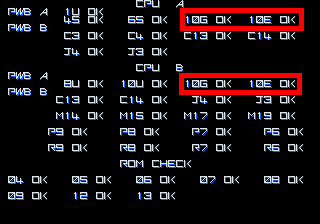 So a failure in them would explain the missing boot.Not being able to determine which chip was actually faulty, I desoldered both and added sockets: 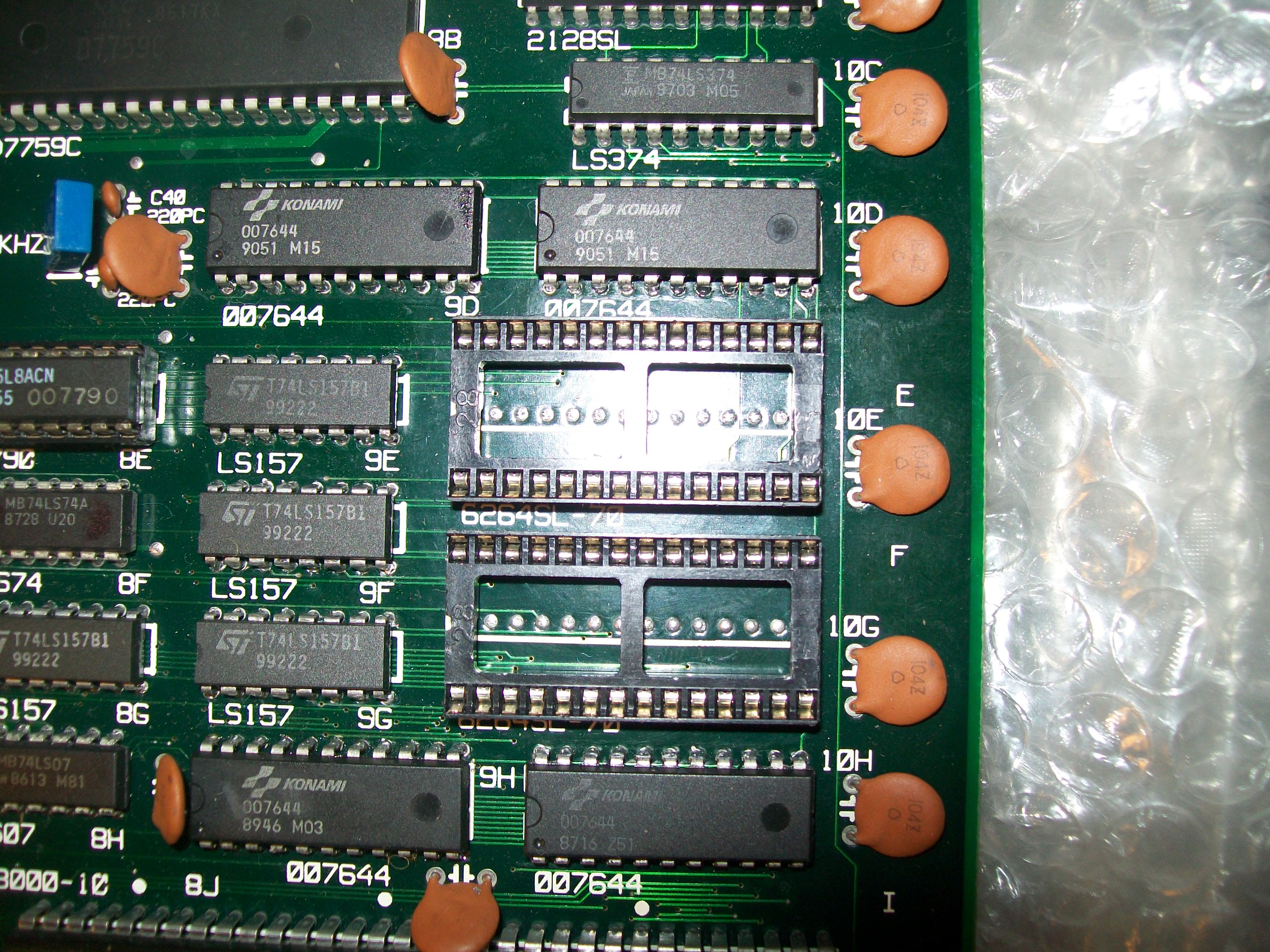 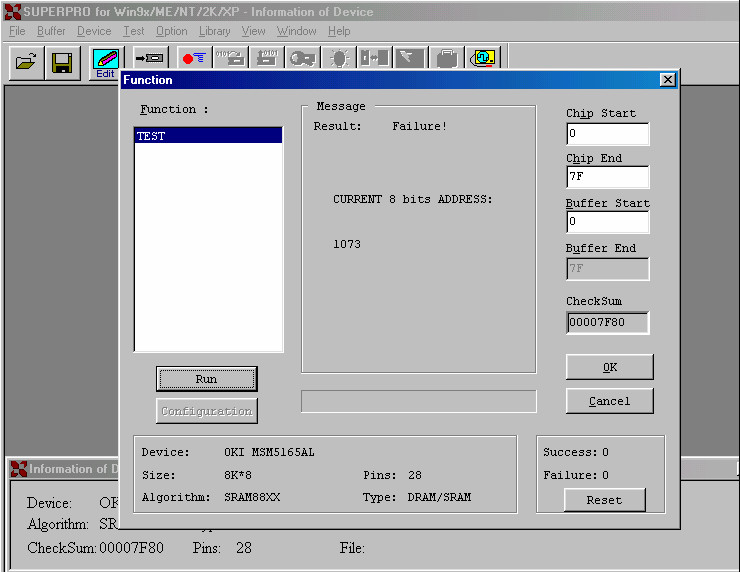 Finally the board could properly boot and enter in game but with missing graphics and crashing after few seconds all the time :

Probing around again with my logic comparator I found a 74LS74 @6F with bad outputs, once removed it failed : 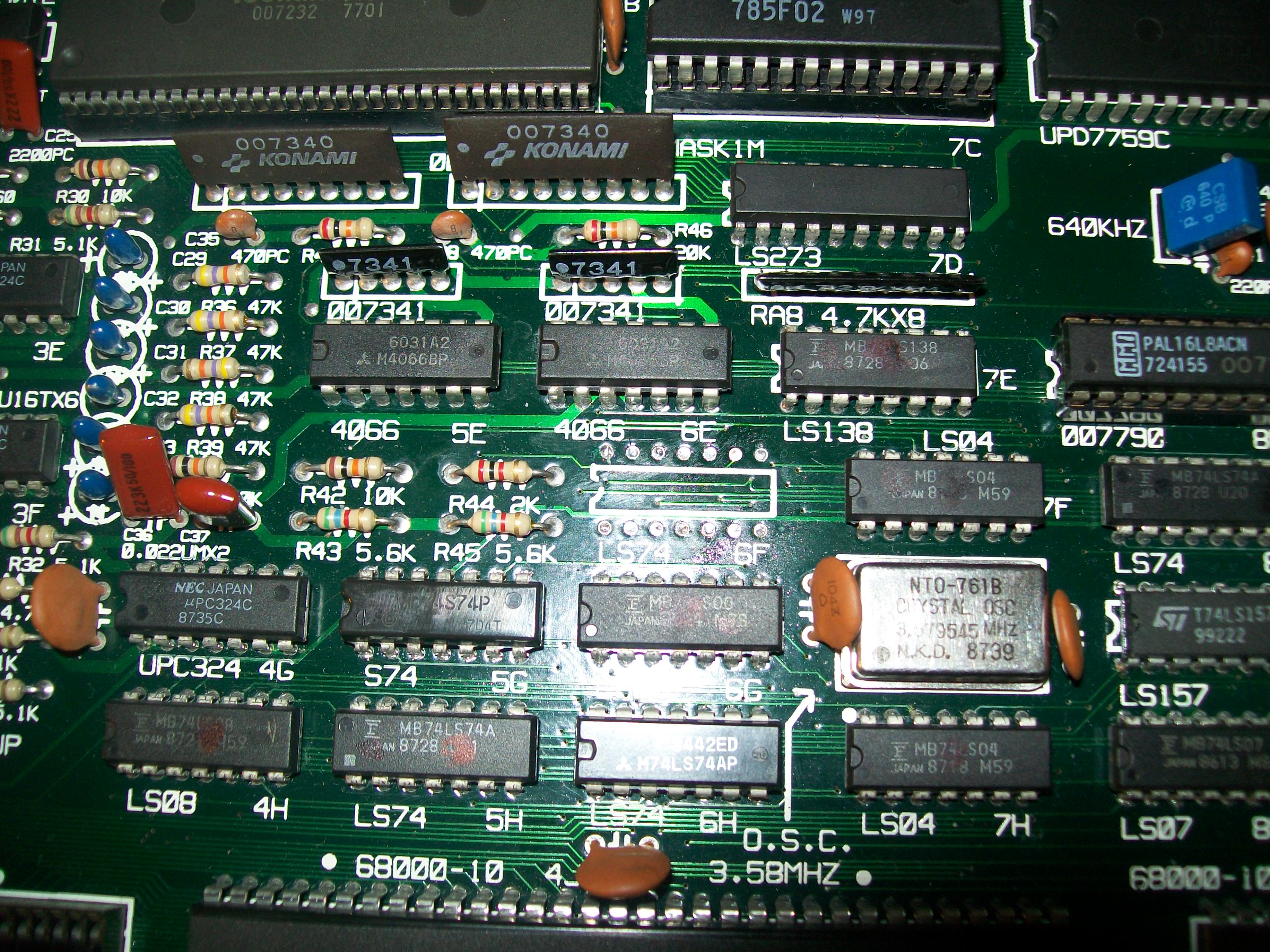 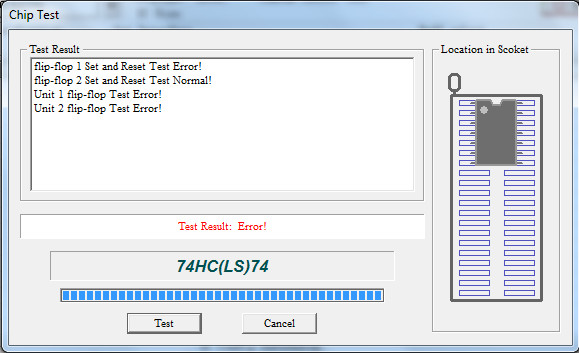 This fixed the board completely, no other issue were present.Evil Konami defeated again.The battle goes on. 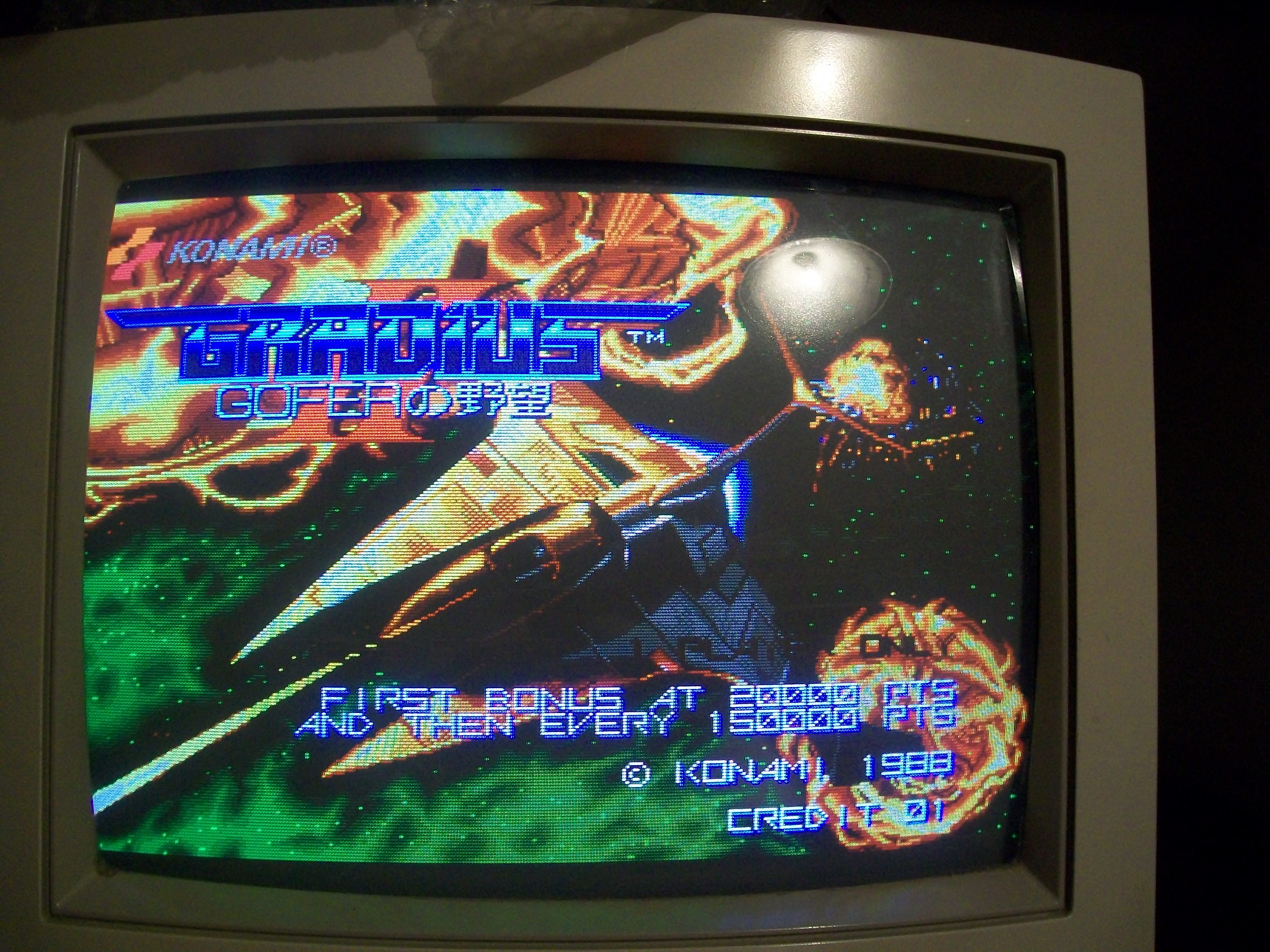