This was an easy one but with some tricks.

Bought this Gyruss bootleg PCB as faulty some time ago: 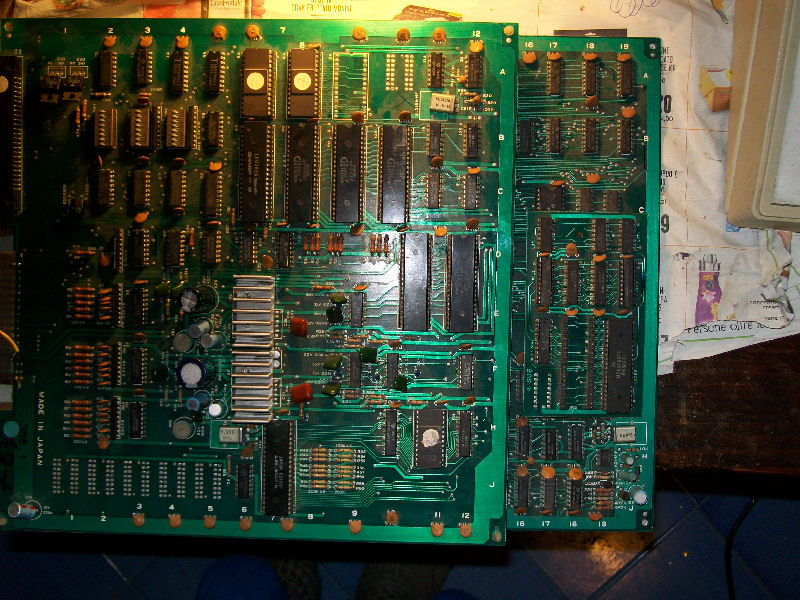 The game worked fine but without any sound output.As we know Gyruss has some kind of simulated stereo sound produced by two LA4460 amps and five AY-3-8910 chips.At visual inspection both amps on my PCB were missing the heatsink (picture above has been taken after repair).In particular one amplifier was cracked in the middle and both had sign of burning.Besides, +12V filter capacitors had positive leg removed:

So, to be sure of my work, I connected the output of each LA4460 to an external amplifier and I got no sound at all while, connecting the inputs, I was able to hear both channels (sorry for bad audio quality recording):

So was time to replace both amps and +12V filter capacitors and fit proper heatsinks. 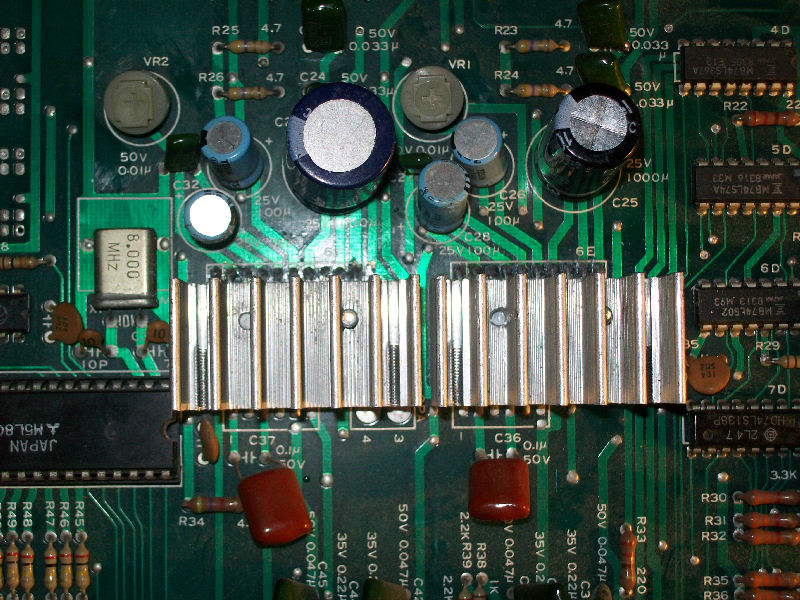 But when I powered it on again I could hear only one sound channel while I have been able to hear both before through an external amplifier.So, tracing the two outputs of both amplfier (LA4460 has one inverting and one non-inverting output) I realized that they all ended to the edge connector so my JAMMA adapter was missing the signals + and –  of the other channel (PIN15 of parts and solder side).So I fitted an RCA female socket connected to another speaker: 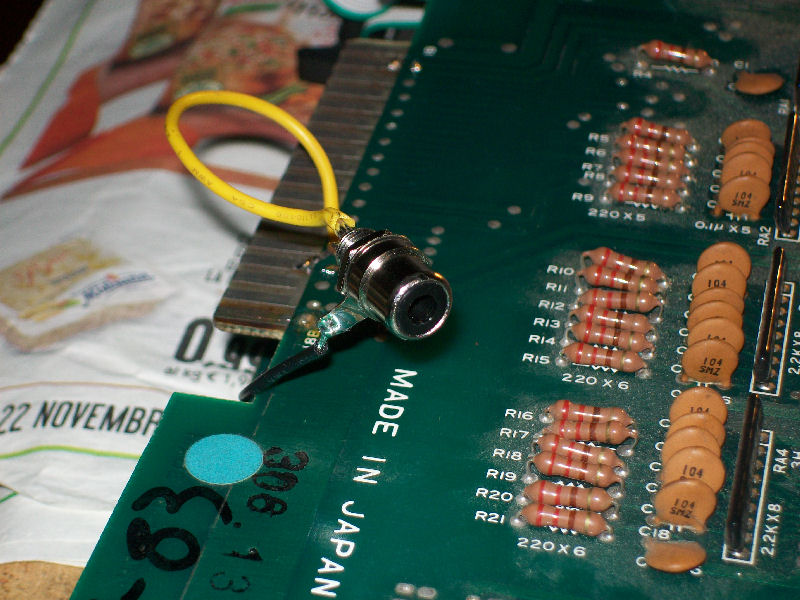 And finally I could enjoy its full (pseudo) stereo sound!