Got this HAL21 PCB from my frend Josef for a repair.The game is  a vertical shoot ’em up produced by SNK in 1985, a mix between Xevious, Terra Cresta and Alcon.

Board was in good shape given its age: 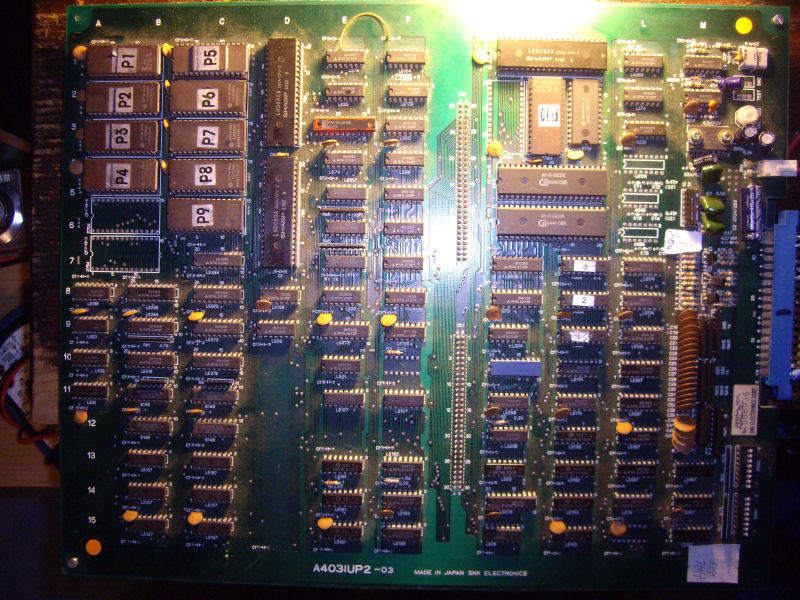 but fautly since it didn’t boot at all, stuck on a static garbage screen: 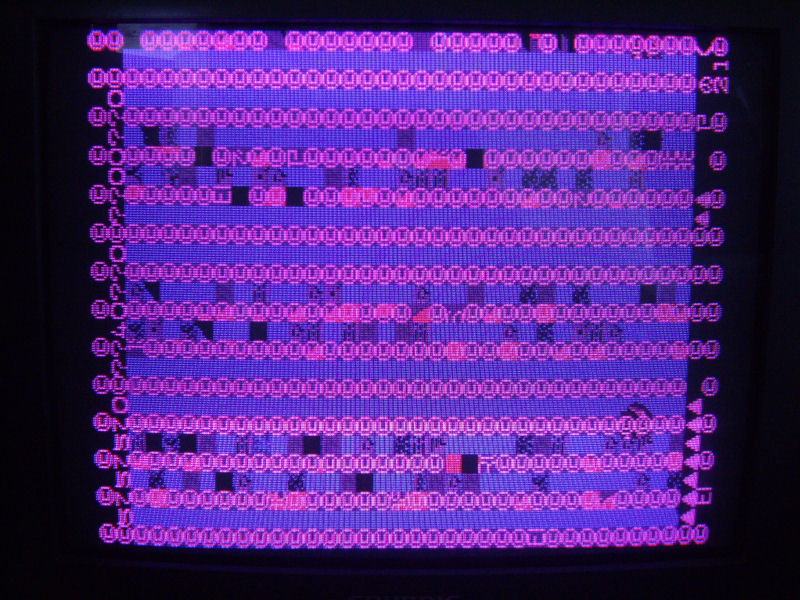 First thing I noticed (besides the fact that it didn’t boot) was the wrong colors, specifically the red one was missing. My friend Josef gave me an hint pointing me to a missing transistor 2SC1815 @Q1 near the edge connector: 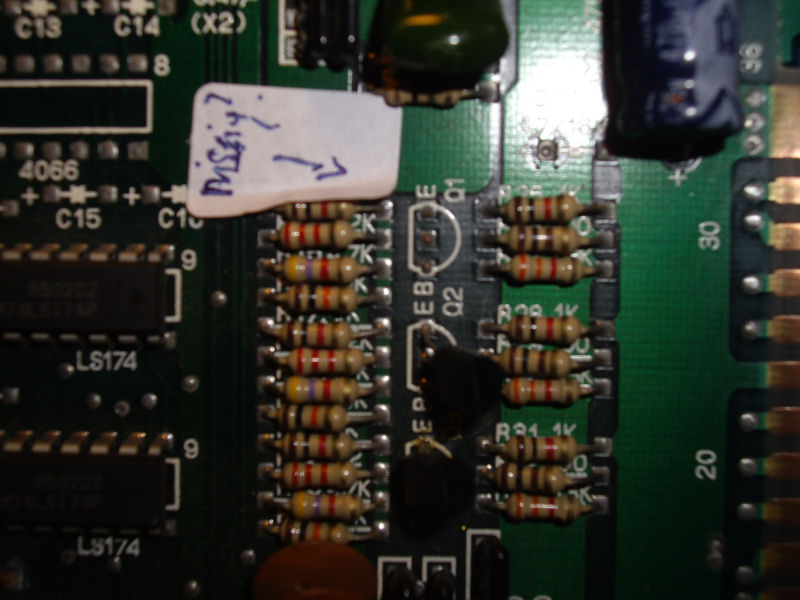 Actually this transistor was for driving the RED ouput (the other two are for BLUE and GREEN) so replacing it restored correct colors: 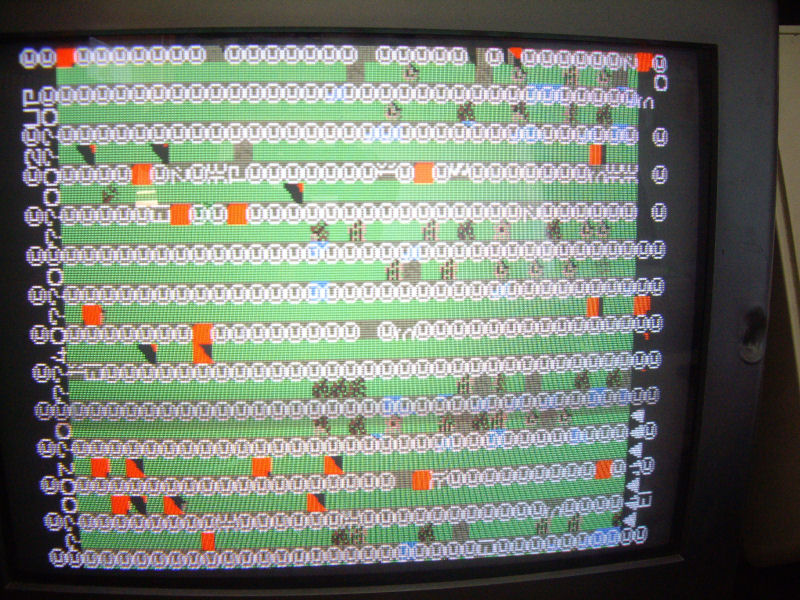 So, I started my real troubleshooting .Hardware is made of two Z80 CPUs ( a main and sub one) plus a third one for the sound.I decided to hook up my Fluke 9010A in order to perform some test on main CPU.MAME source reports this memory  map for the RAMs:

When I performed a long RAM test on the first and third address spaces, I get an R/W error from Fluke 9010A.With the help of its probe, I could located the involved chips, eight 2114 of video board: 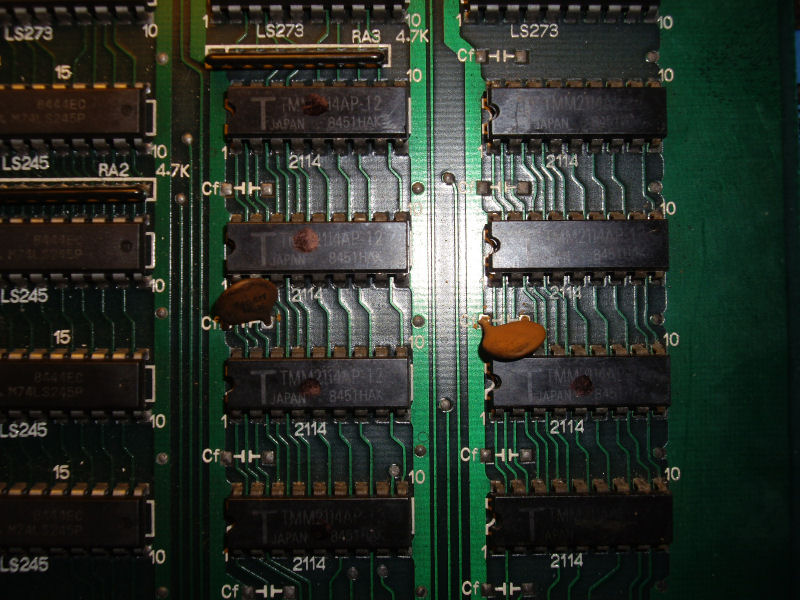 I probed them with my BK Precision 560A in-circuit tester which reported bad devices for the four ones on the right : 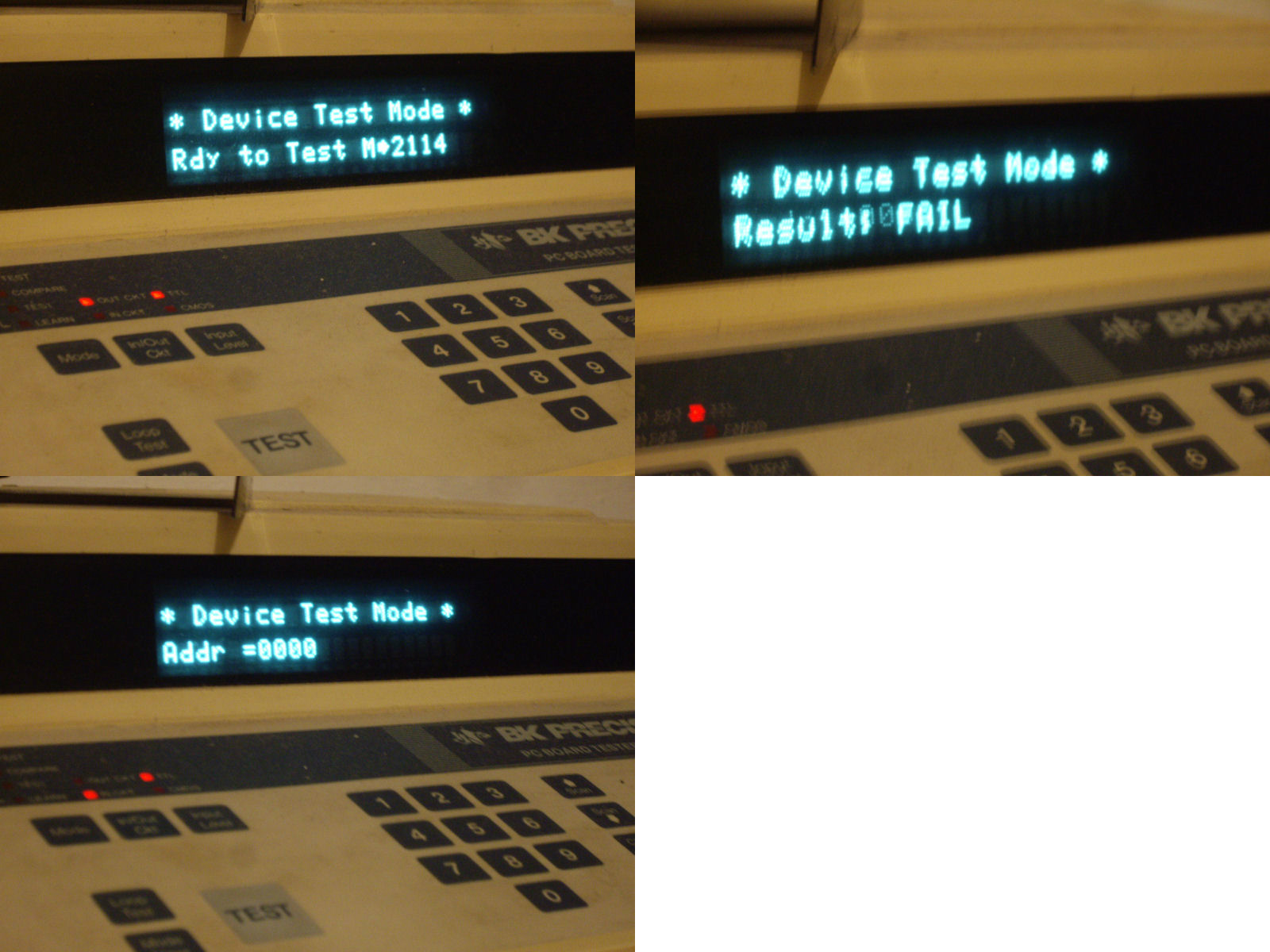 I took this result with reservations, most likely not all four chips were bad but one certainly and  this affected the other ones (due the fact they share same address bus) misleading the tester.Not being able to accurately identify the faulty chips I desoldered all the four and I found two bad ones @6L and 7L: 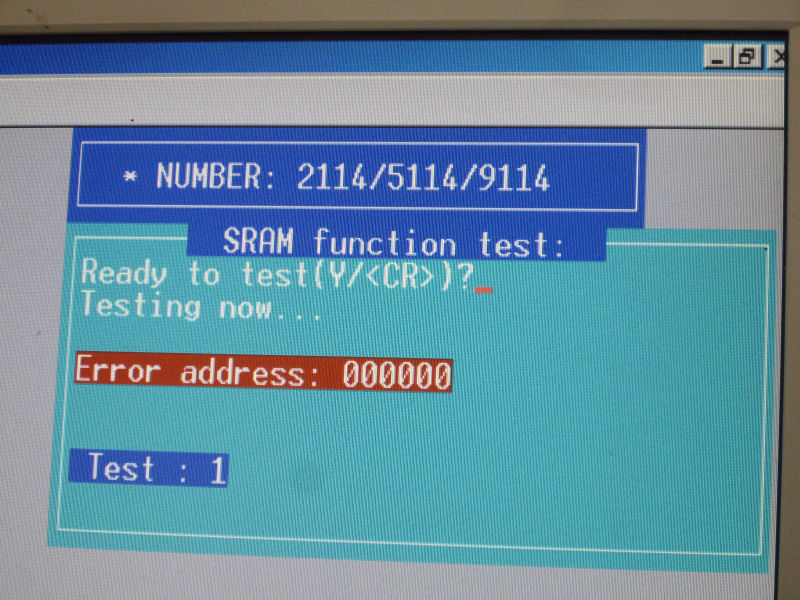 With two good 2114 RAMs fitted, the board properly booted with no further issues.Mission accomplished. 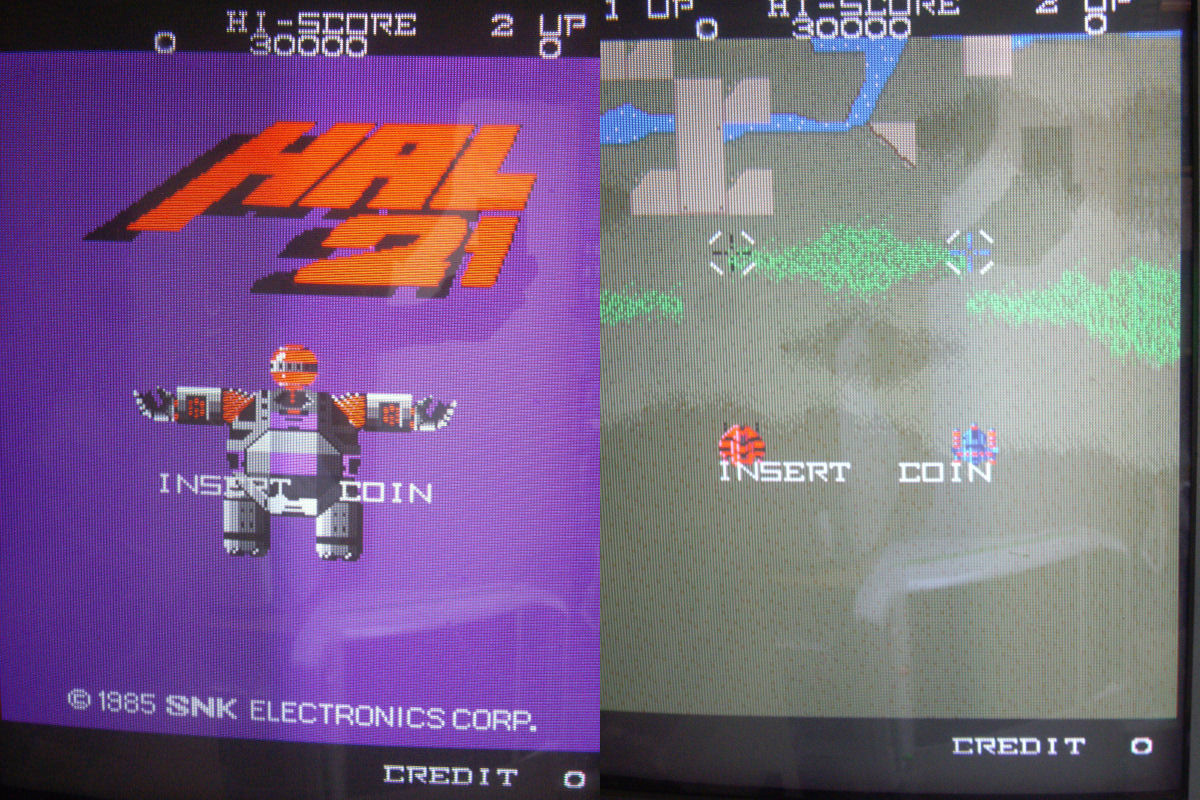