Received for repair an Hammerin’ Harry PCB on Irem M81 hardware (it can be found also on M84).

Set is made of a top CPU board: 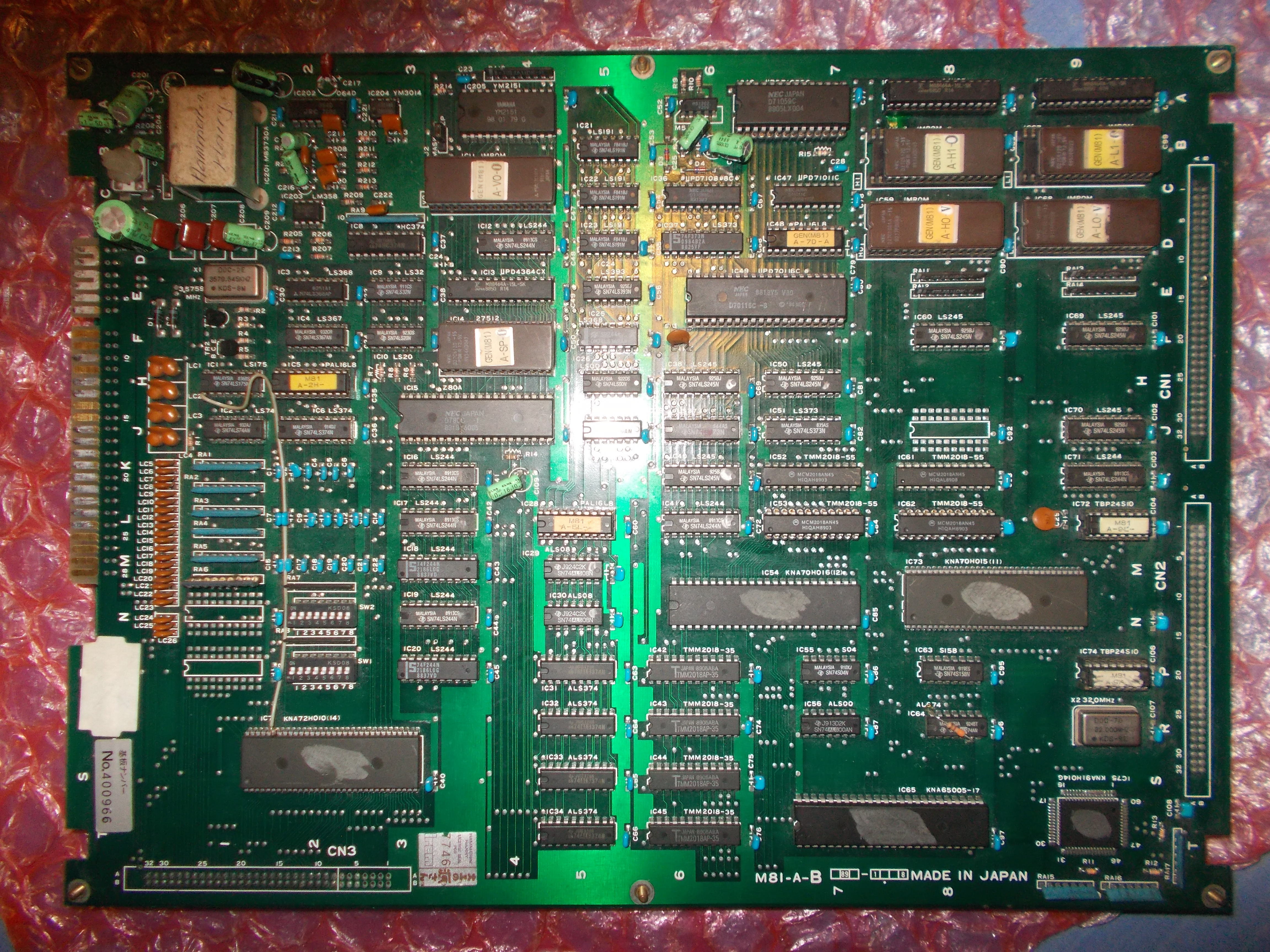 And a bottom VIDEO board: 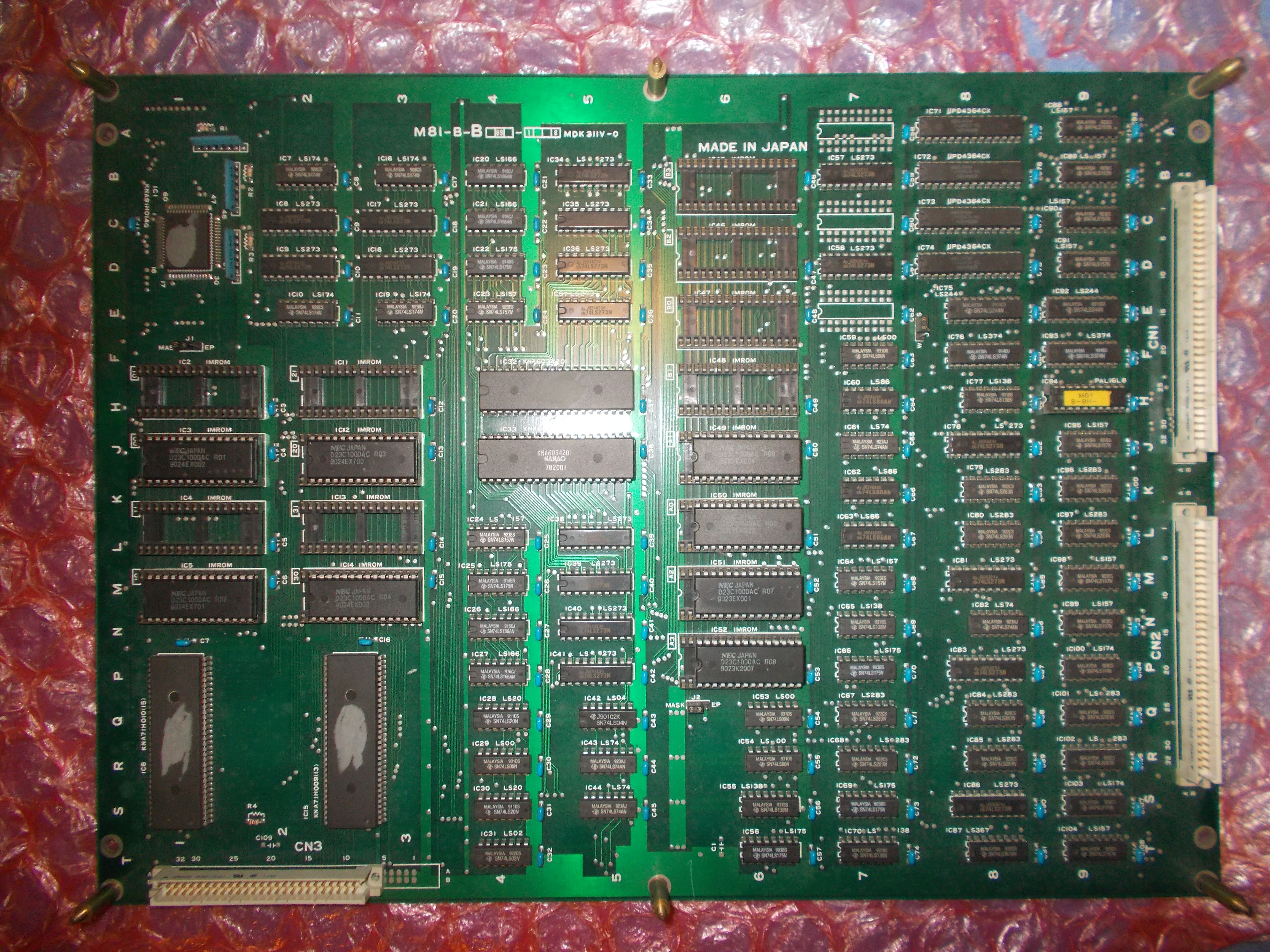 The PCB simply booted to a static garbage screen: 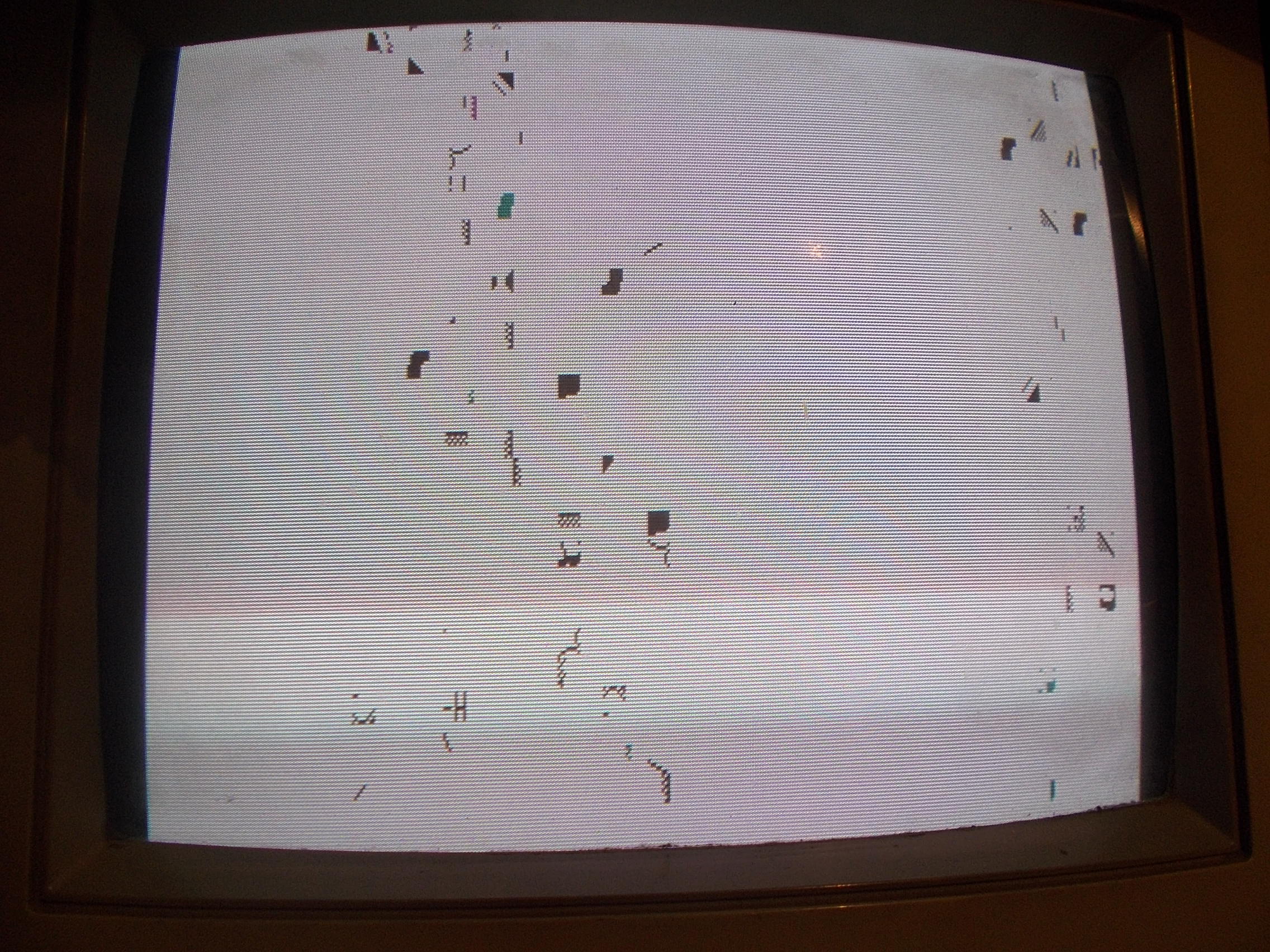 The NEC V30 (uPD70116) main CPU was active on its data/address busses but when I probed the program ROMs I found a couple of stuck address lines : 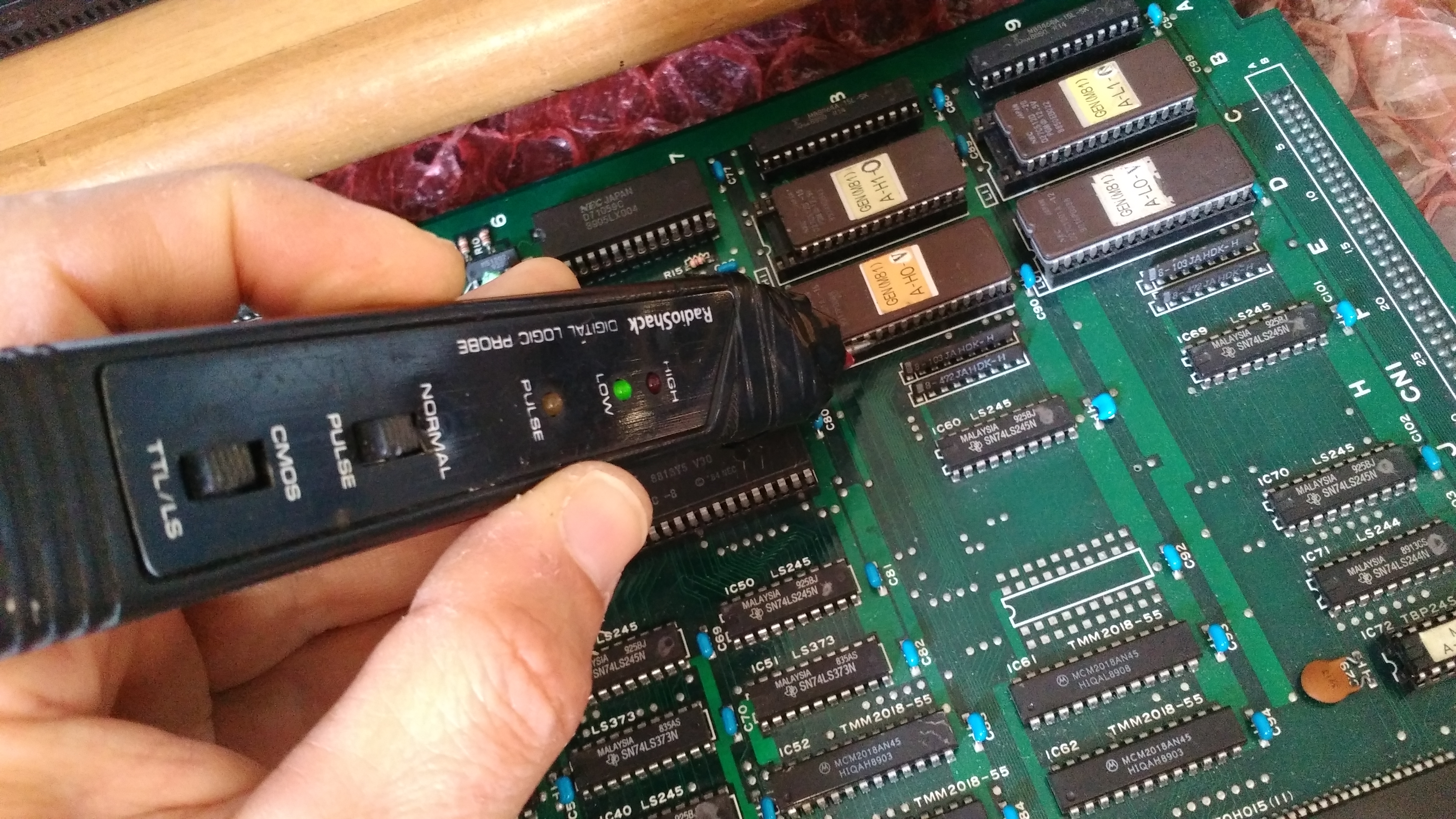 Looking at hardware I figured out there are some 74LS373 used as latches to address the program ROMs :

Probing the one @IC39 revealed some outputs were floating while inputs toggling:

Once removed the chip failed the out-of-circuit testing : 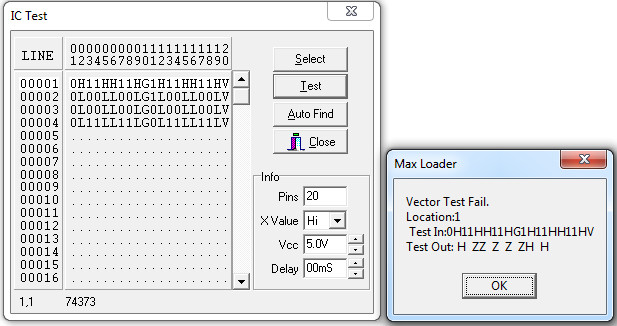 I replaced the chip and the board booted up but on self-test showed most of times  a ‘RAM NG 8’ message: 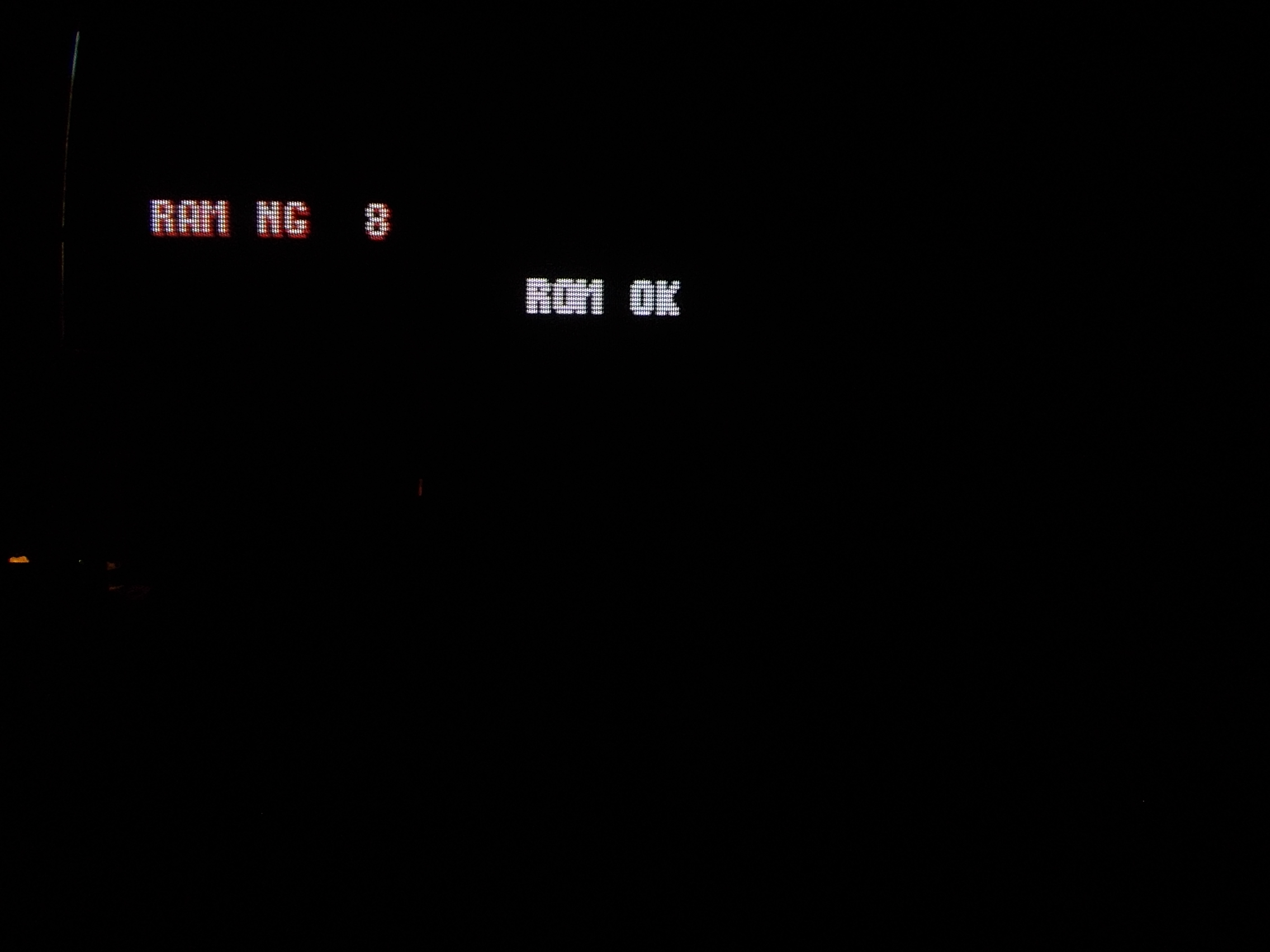 Then it entered in game which was playable with sound but background colors were wrong :

The ‘KNA91H014’ surface mounted IC on bottom board @IC1 generates the palette for this part of graphics: 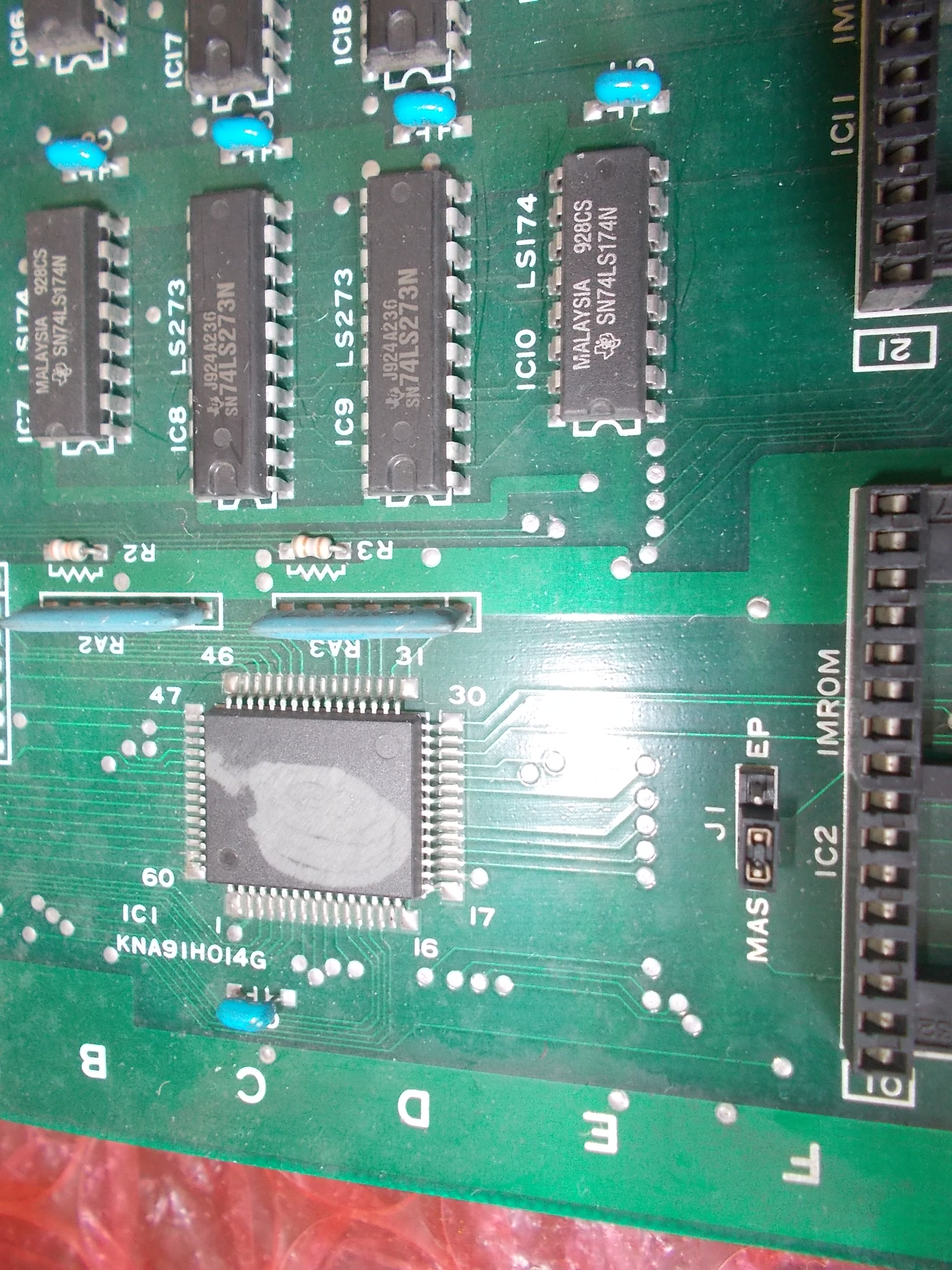 Its pinout/implementation from R-Type schematics : 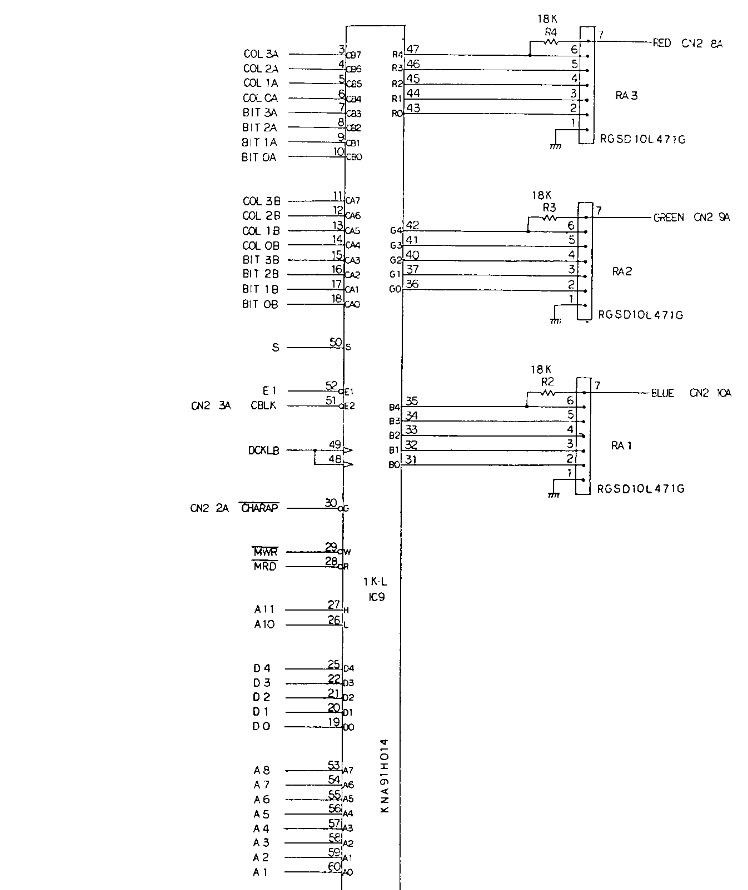 I made a visual inspection and found a couple of lifted pins on a row: 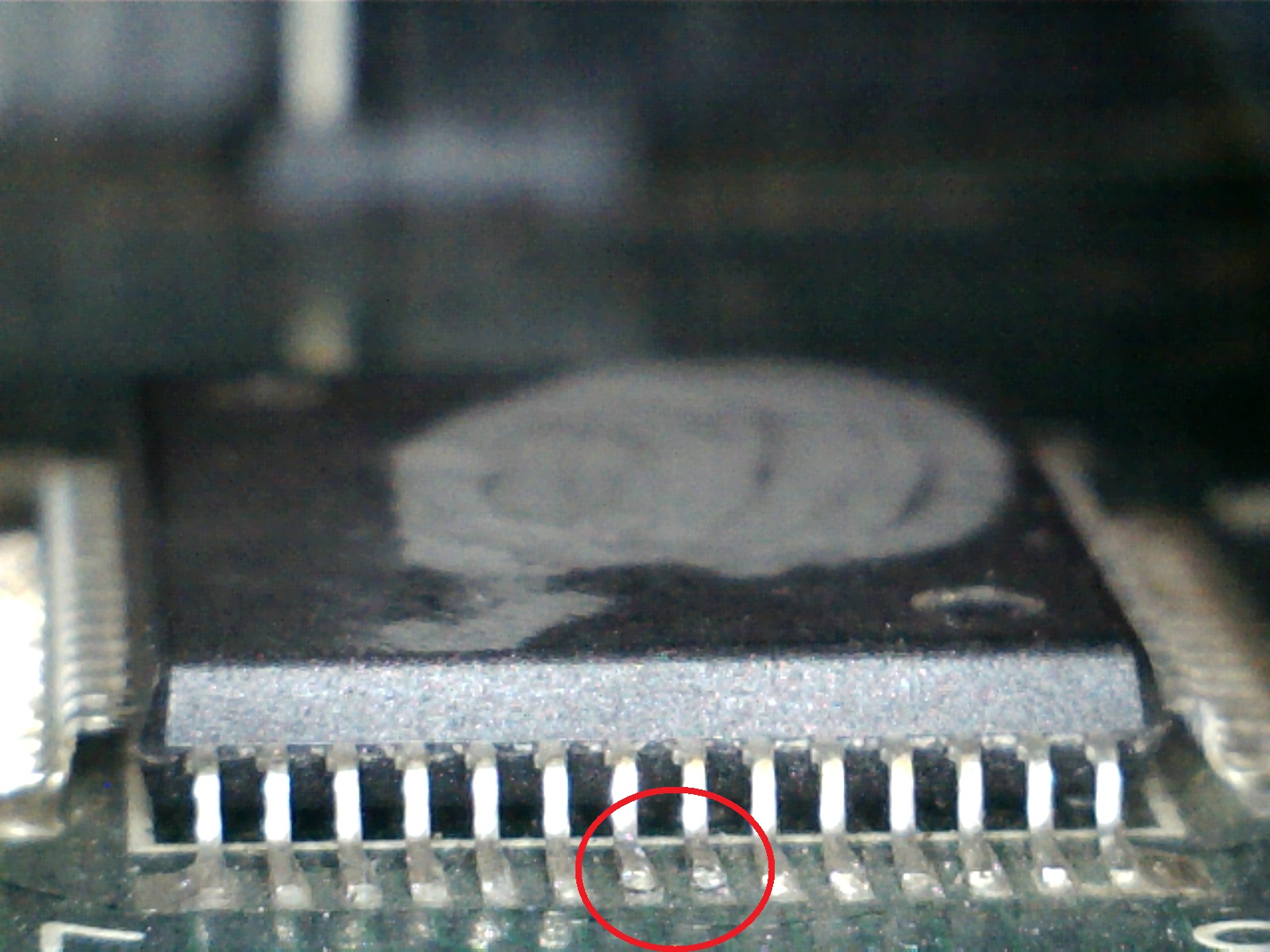 I reflowed the whole IC with result that self-test no longer complained and graphics were fully restored: 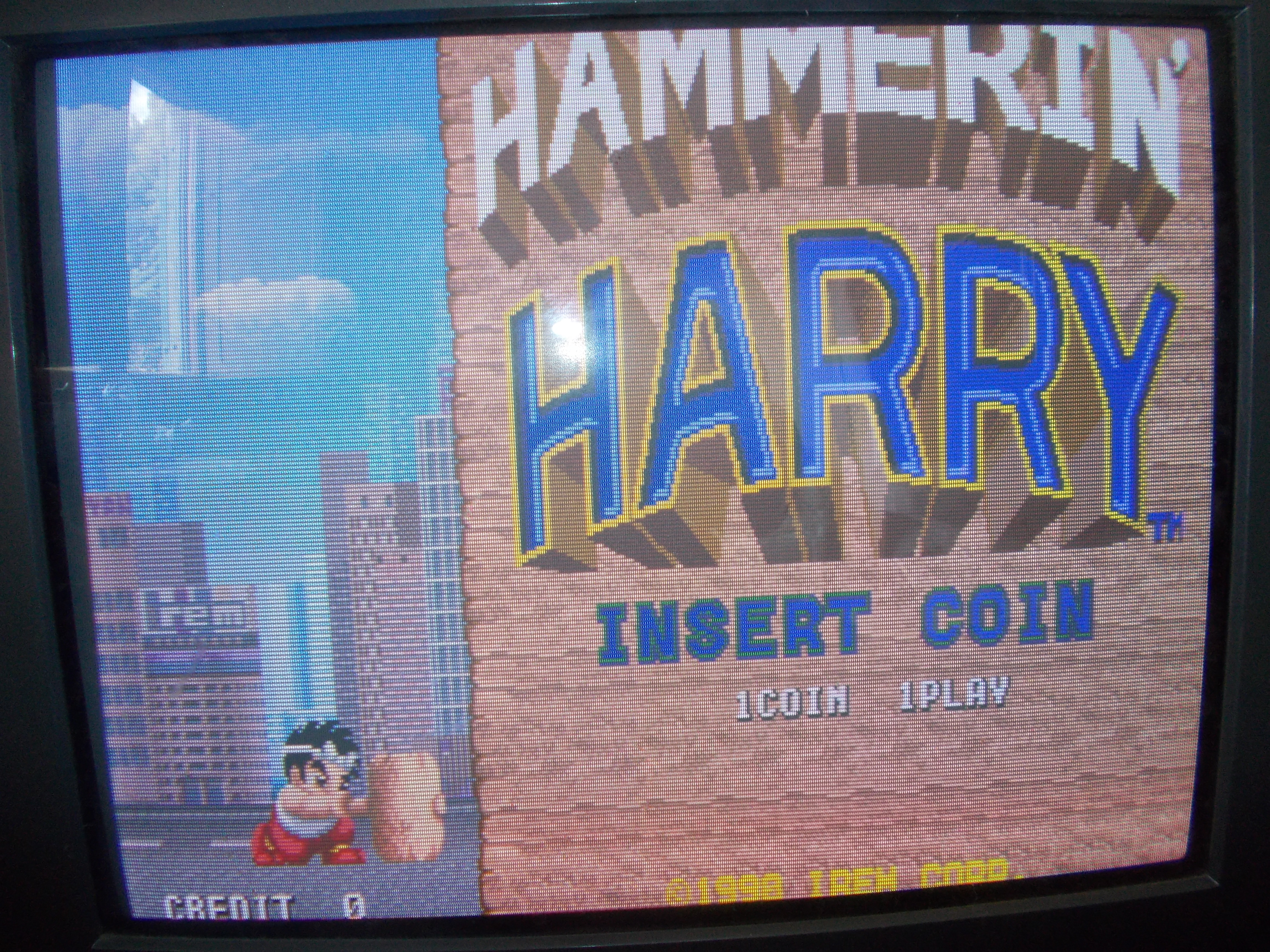 The last issue I had is that some inputs were not wotking but I quickly pinpointed it to a missing custom resistor array near the JAMMA edge connector: 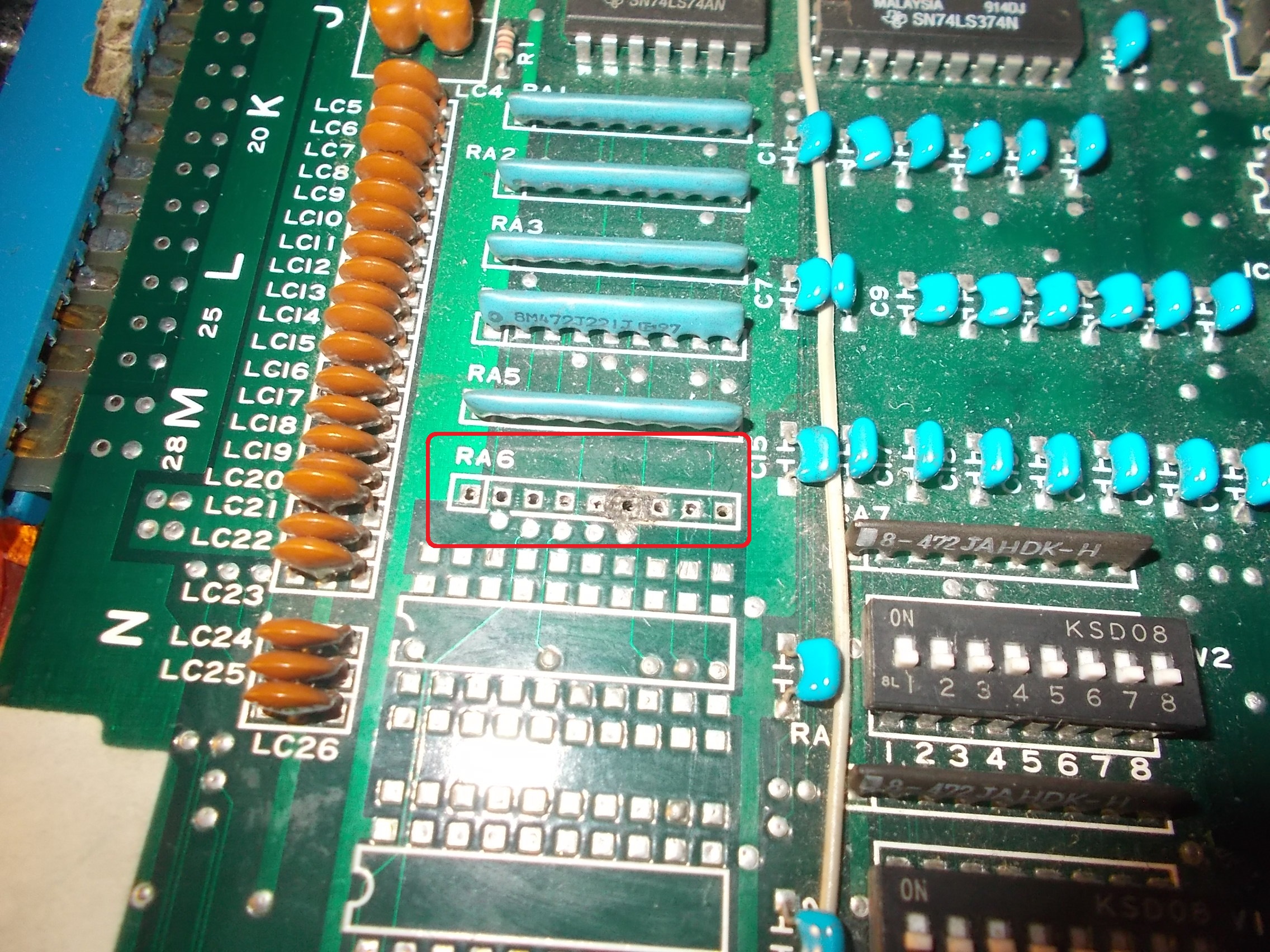 Having no spare I replaced it with a reproduction of mine: 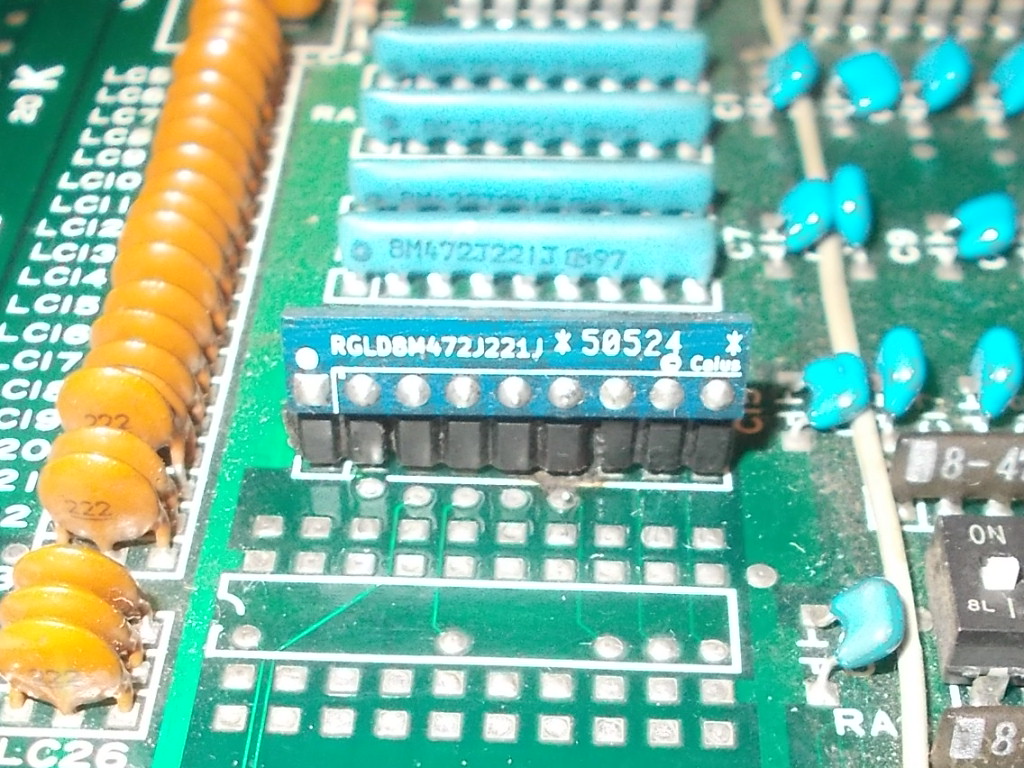