Got this Konami Haunted Castle PCB for a repair: 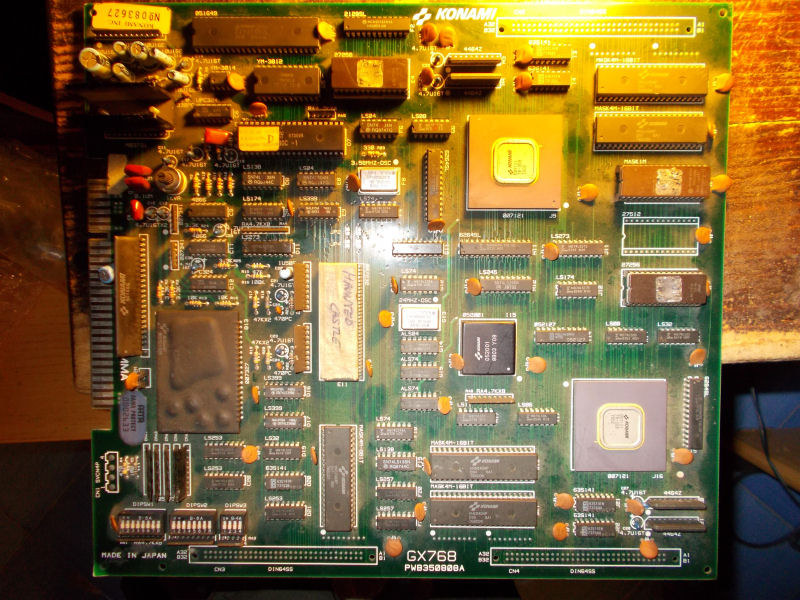 When I powered it up for first time, two were the faults I noticed : sound and sprites were missing.So I started to troubleshoot first issue.The sound circuitry of this hardware is made of an Z80 CPU,a 6116 SRAM, a 27256 ROM and YM3812 DAC plus a couple of custom for PCM samples and music generation (K007232 and ‘K051649’).When I went to probe the Z80, I found that most of data lines were stuck LOW or HIGH.The ROM containing sound code was good as well as the relative RAM.With the help of schematics I figured out that sound code data were latched by a 74LS374 @G11 : 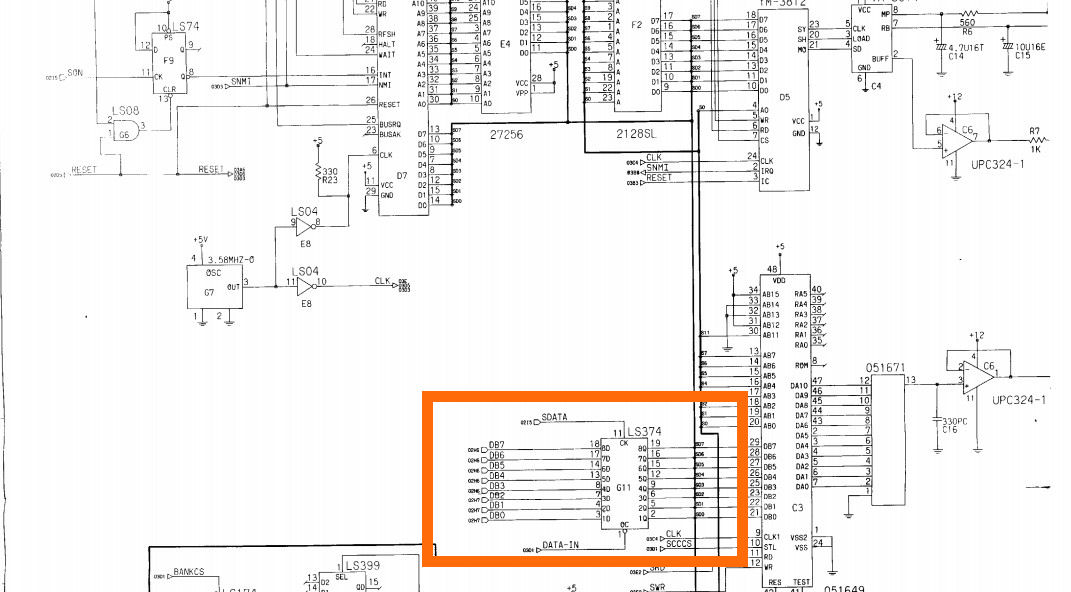 Probing its outpus revealed they were stuck and piggybacking it caused playing some random samples.So I decided to remove the IC :

It failed when tested in my programmer: 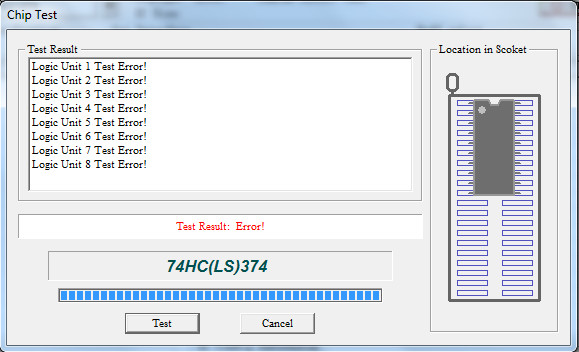 Sound was fine but, as I said, sprites were missing (except for some):

Since I already repaired in the past a couple of Haunted Castle boards with identical issue, I knew where to look at.Hardware uses for sprites and tiles some 4464 DRAMs in ZIP package.In particular the two related to sprites are the ones @H3 and @H4: 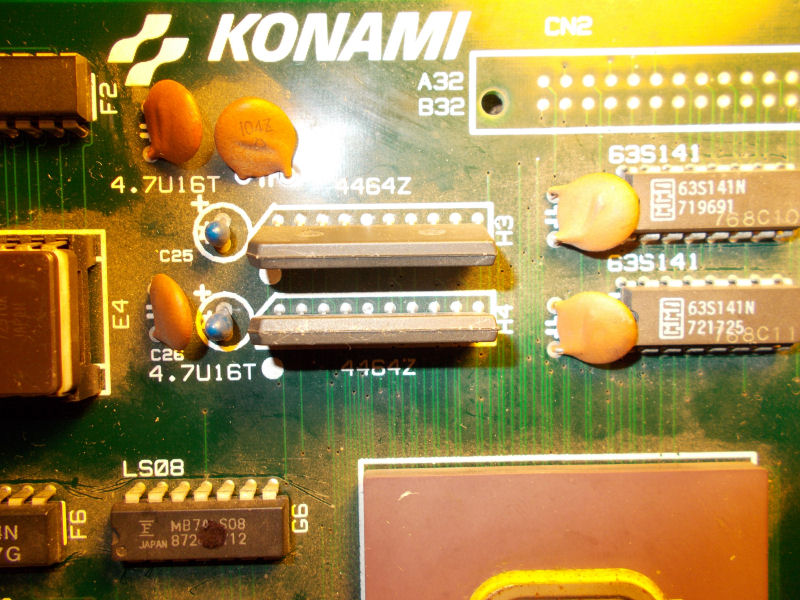 So I ordered some spare parts from China.When they finally arrived , I could successfully finish my job by replacing them: