Another Data East board on the bench today, it’s the time for an Heavy Barrel one from my collection : 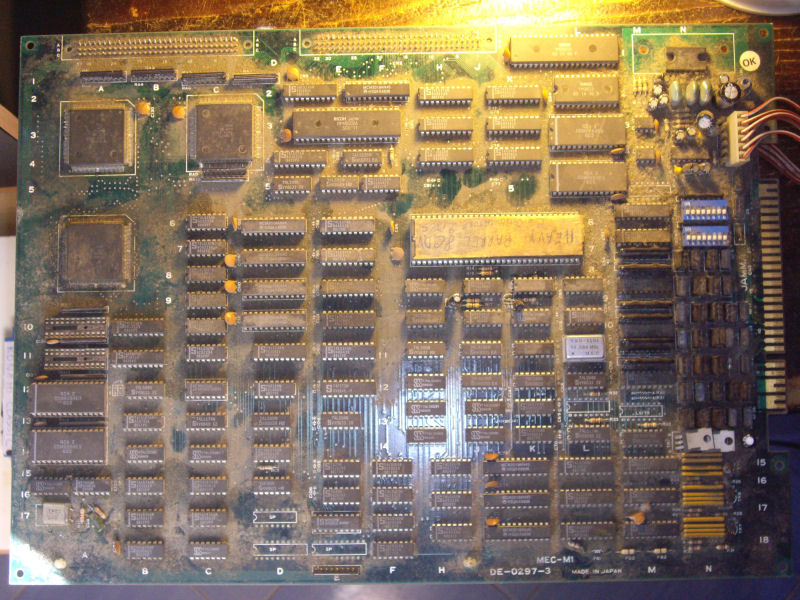 As you can see from picture above, CPU board was in bad state, very dirty and dusty (besides it missed a couple of RAMs) so I decided to clean it washing with soap, toothbrush and warm water : 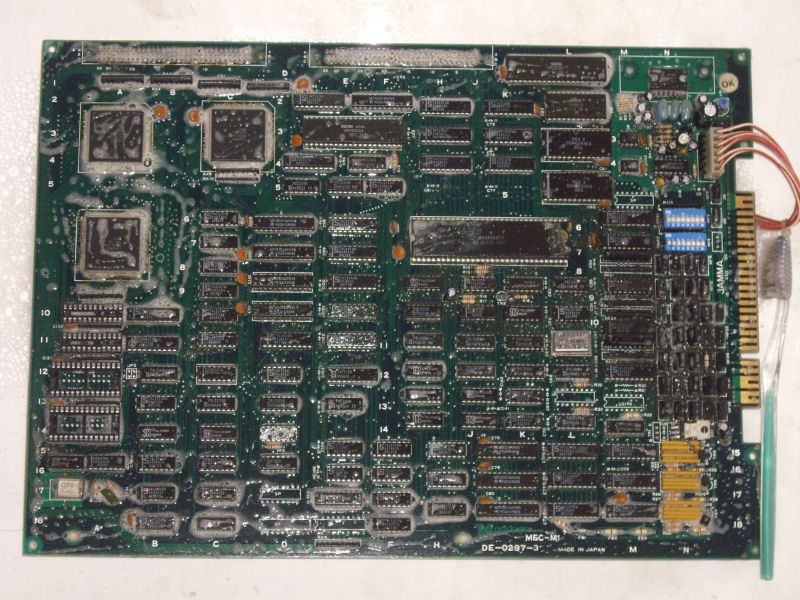 Since drying the board under the sun would take some days and given that I have two Robocop PCBs which share the same CPU board of Heavy Barrel, I decided to troubleshoot at least its ROM board: 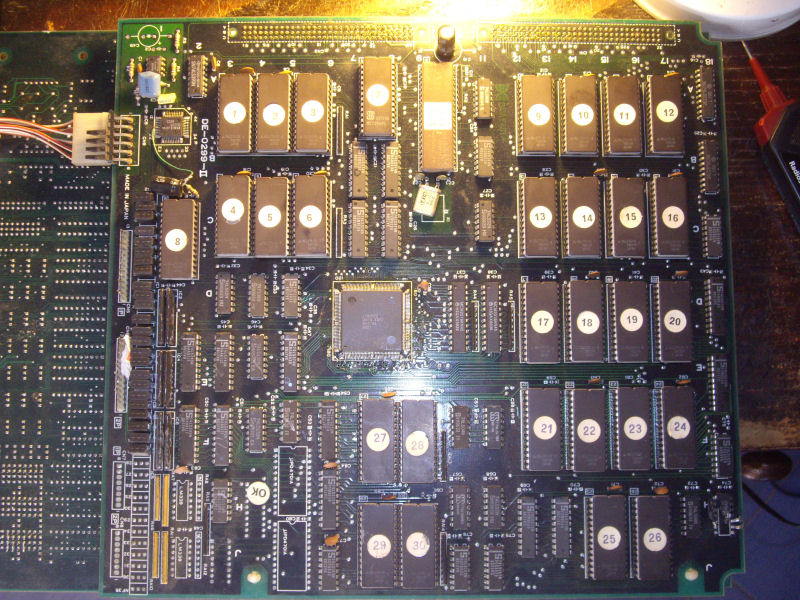 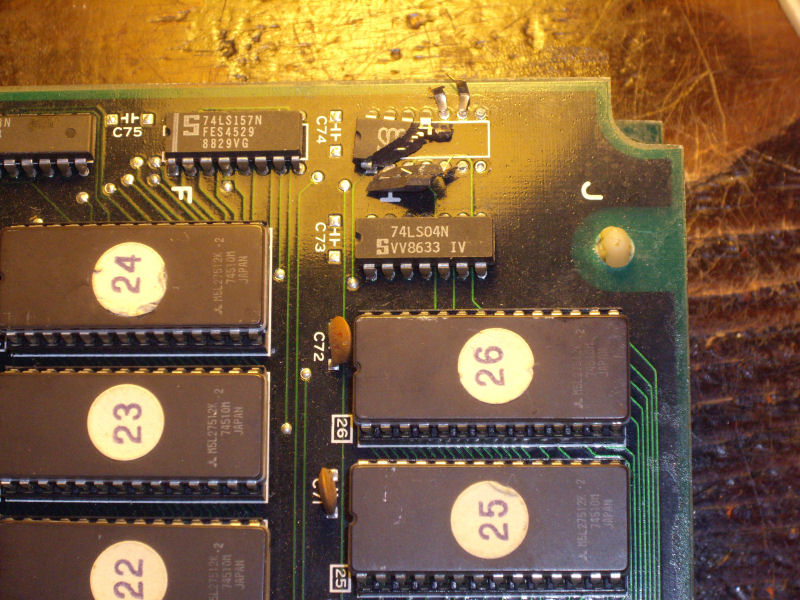 Thanks to schematics (but after removing its pieces I found also  the silkscreening under it) I could identify it in a 74LS08: 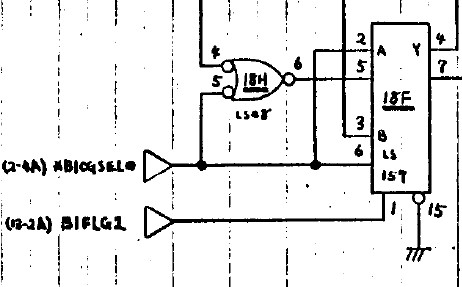 So was time to power it up for the first time getting this result: 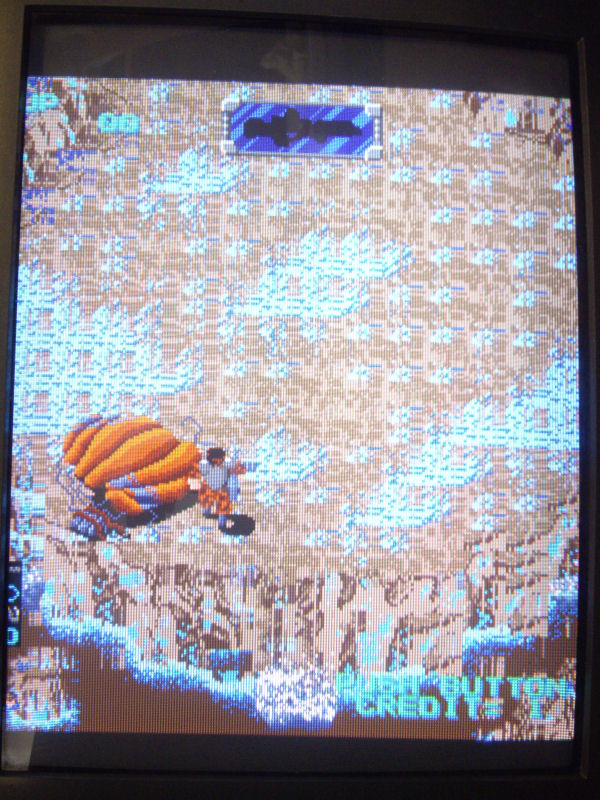 Game was fully playable but with wrong backgrounds graphics.MAME source reports two set of tiles ROMs for each layer so I went to dump the first one to do a compare.When I tried to read the ROM ’24’ @17F, my programmer gave me a warning: 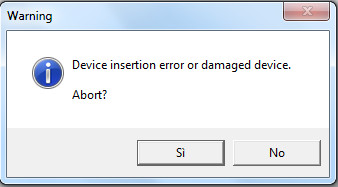 I pulled the 27512 EPROM device off the programmer and some pins started to fall off in my hands: 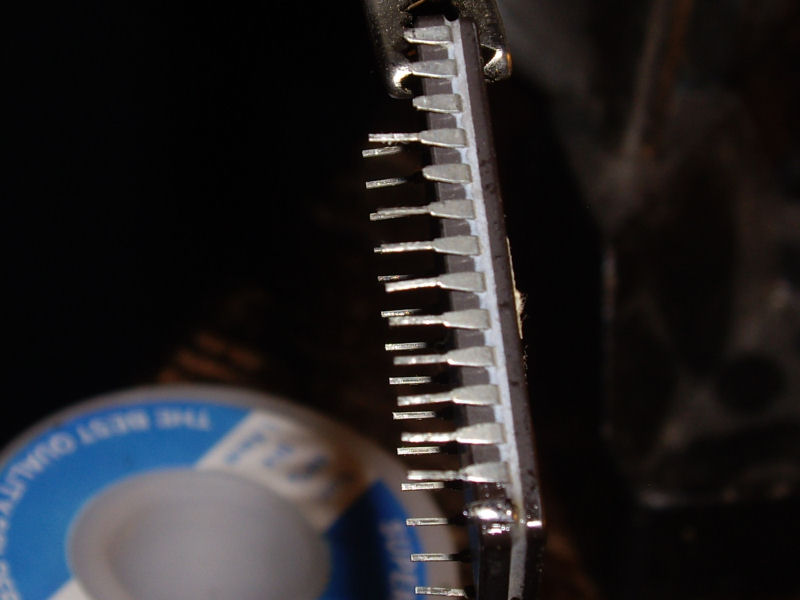 I burned a new device and this fixed the backgrounds issue: 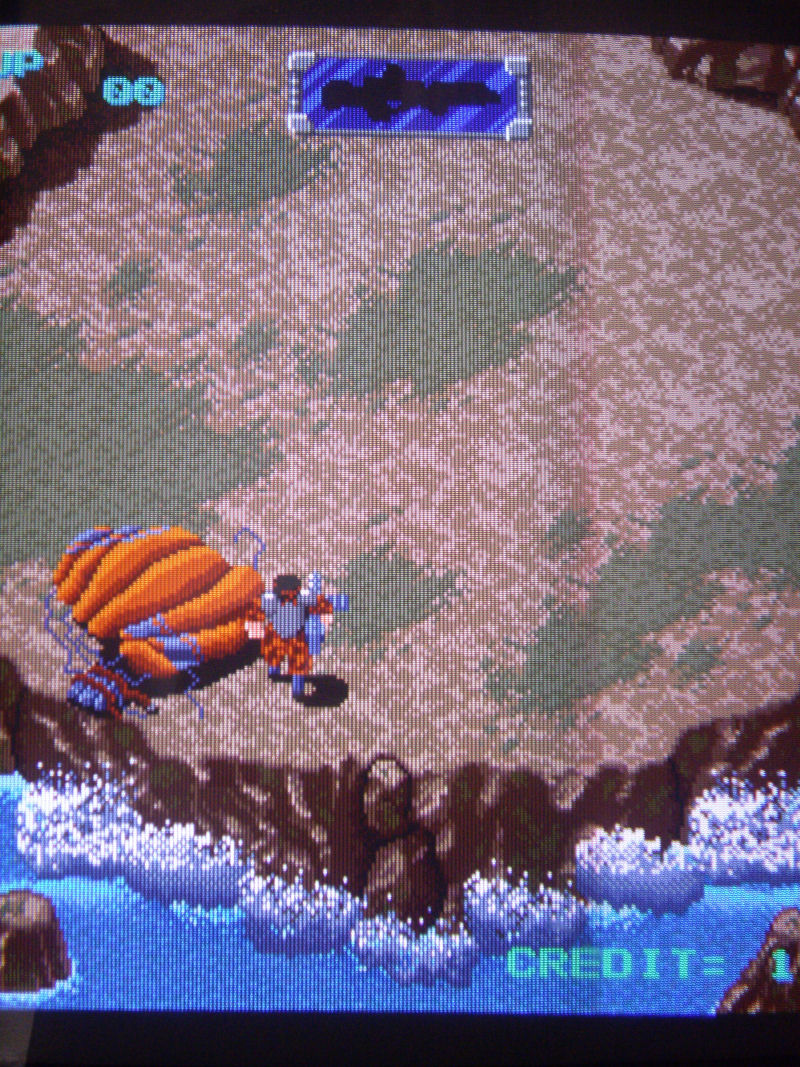 I was thinking board was 100% fixed but while I was testing it, an horrible sound came from speaker:

Sound FXs was barely audible replaced  by the noises above.PCM samples are played by the usual OKI MSM6295 located on the ROM board.Diverting the OKI analog output (pin 36) to an external amplfier I could hear clear all the sound FXs but then the signal was lost along the way before it hit pin3 of 1458 OP-AMP and then be carried to CPU board to be mixed with the music (I circled in red the exact point) : 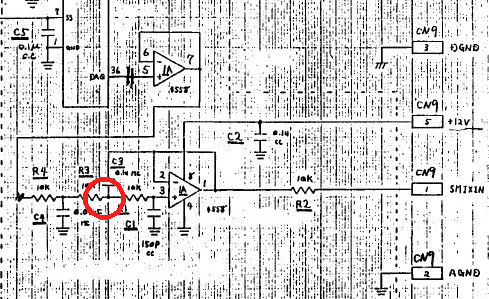 In this small part of circuit there are few discret components so I went to test them with my multimeter set for continuity test.When I put probes on the 100nF mylar capacitor @C3 the multimeter buzzed: 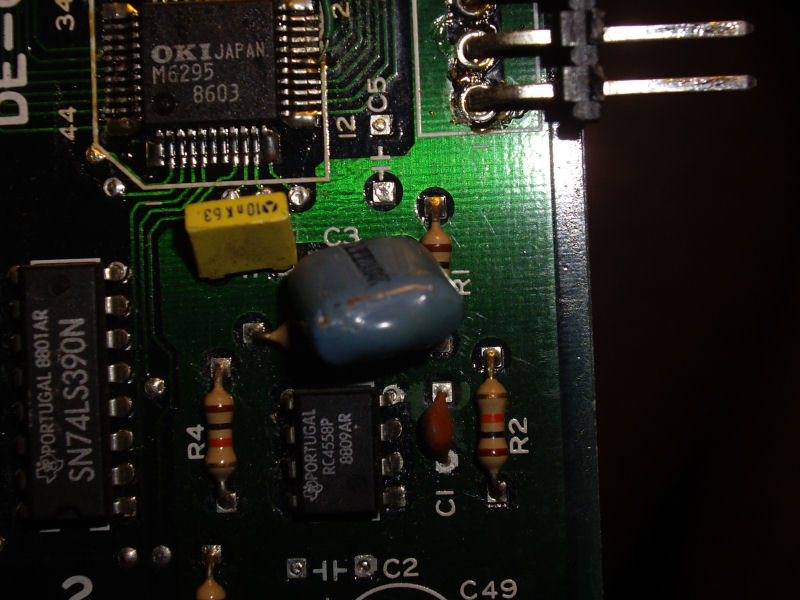 I desoldered it and had confirm it was really shorted: 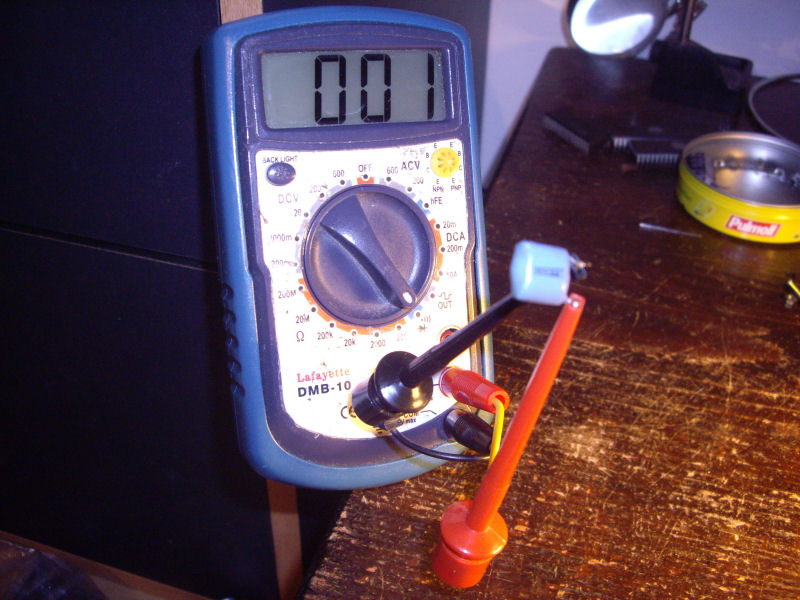