As usually I got this Hellfire PCB from ebay quite cheap.The game itself is an old school horizontal shoot ’em up manifactured from Toaplan.At first sight the PCB was clean except for some corrosion in the bottom right corner. 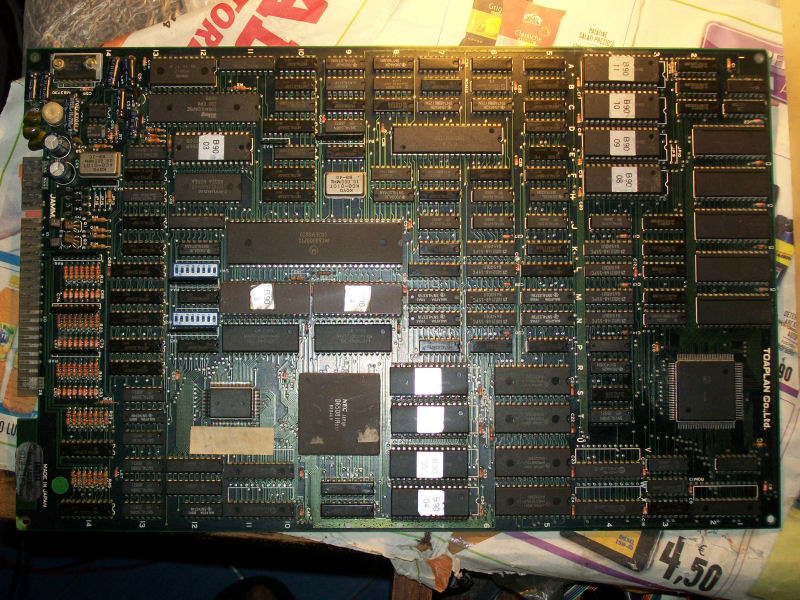 Once powered it on I was greeted by this screen: 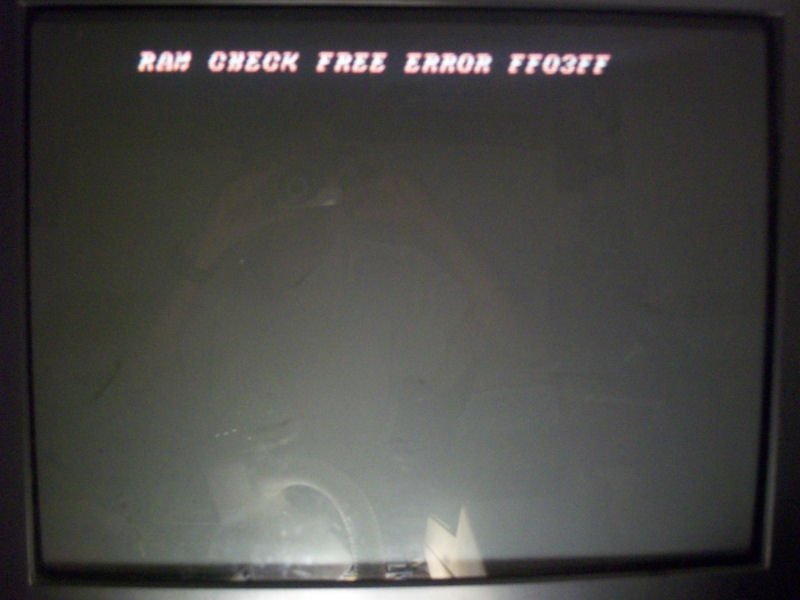 Looking at MAME memory map I found no trace of this specific offset which is at end of 68000 addressable memory (this CPU can address up to 16 MBytes).So I decide to start over again and  give a deeper look at the PCB, in particular to the mentioned corroded area.I found that some pins of the ASIC marked “FCU BG1” were lifted.According to MAME source this chip handle the tiles generation and this would (partially, since device is not mapped in this memory region) explains the RAM error.

I tried a reflow but pins were so much corroded that I could not get a good soldering so I opted for a transplant with another same ASIC from a scrap Hellfire PCB but before doing this I cleaned the area from oxide and corrosion exposing the ASIC pads very well.This was the result: 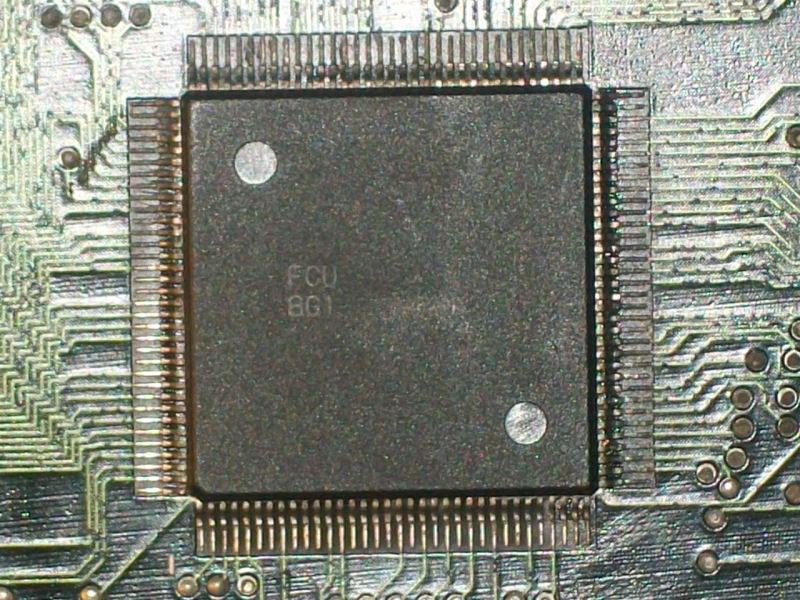 Confident I powered the board on and :