Got this orginal Hellfire PCB (by Toaplan) for a repair: 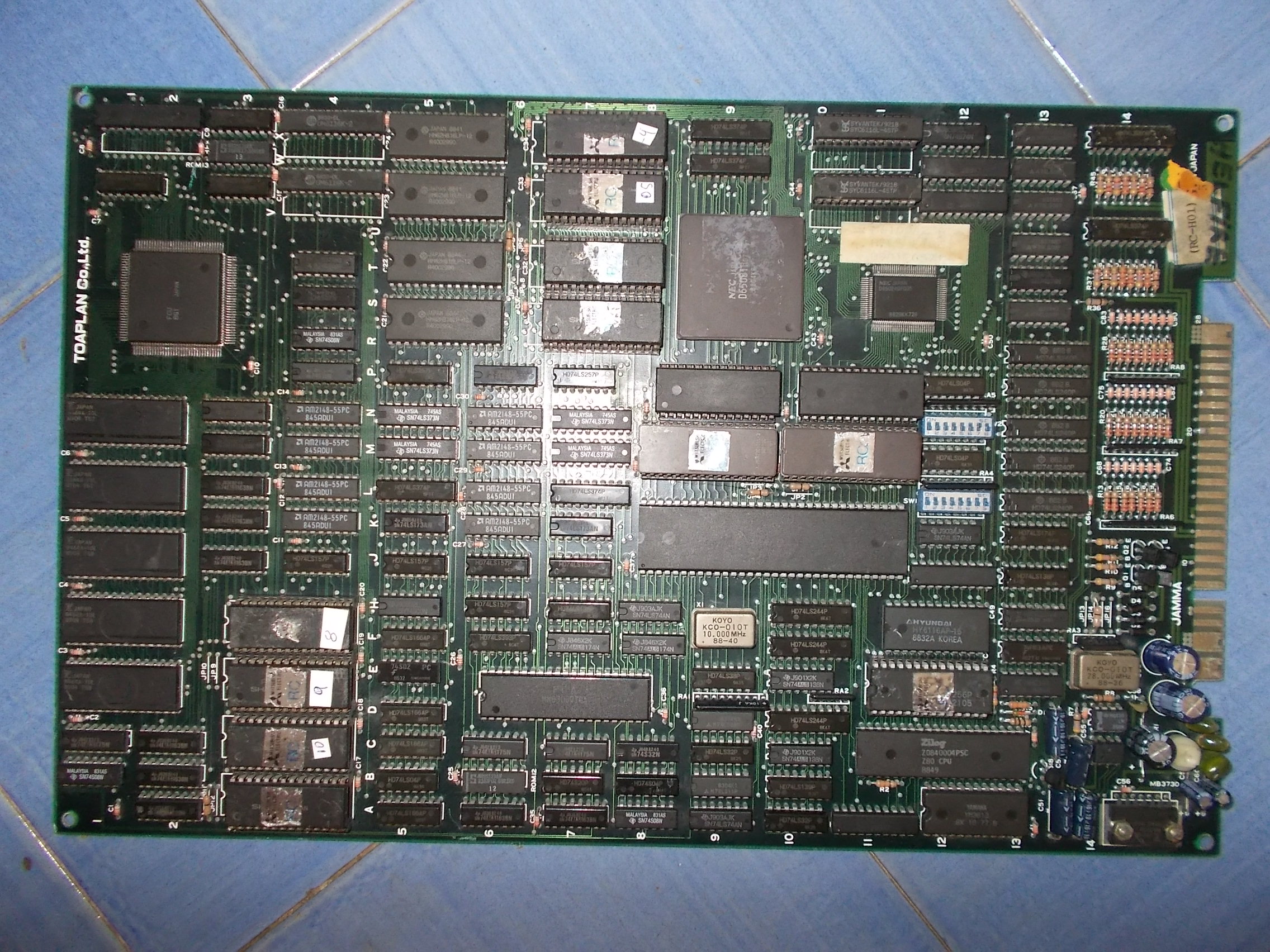 After some initial problem due dirty sockets of program ROMs and oxidized JAMMA edge connector which caused missing boots, I was greeted by this scenario:

Sprites were wrong, garbled and stretched all over the screen.This part of graphics is generated by the custom ASIC ‘FCU’ :

I did a reflow of it but this didn’t lead to any improvement.Probing around I found a 6116 SRAM with some data lines stuck low: 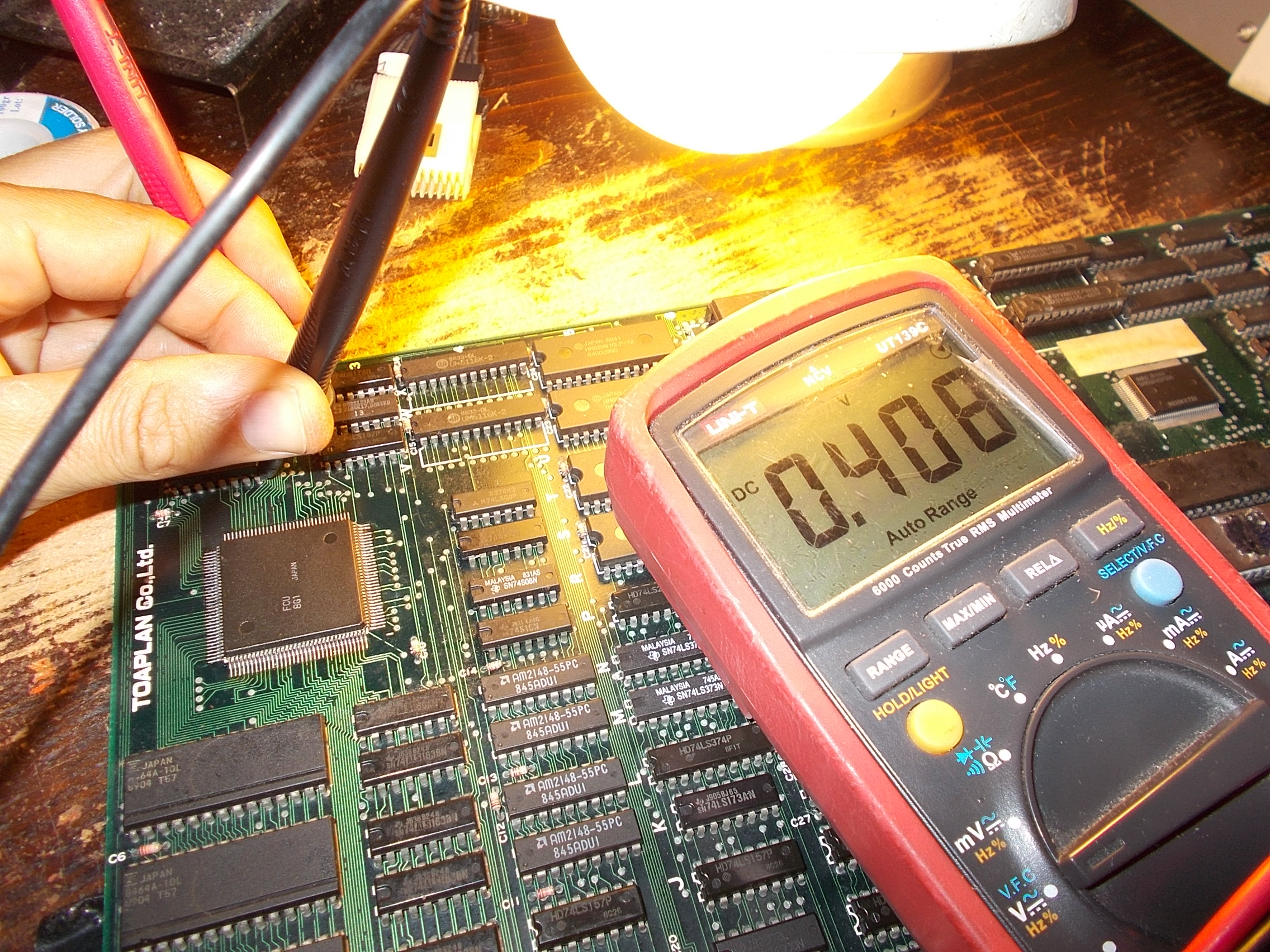 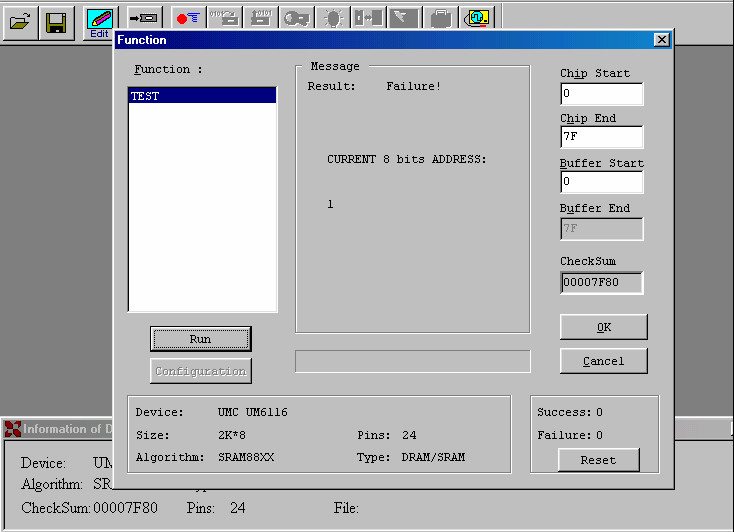 But still no big improvements.Testing TTLs with my logic comparator I found a 74ALS169 counter @3N with bad outputs: 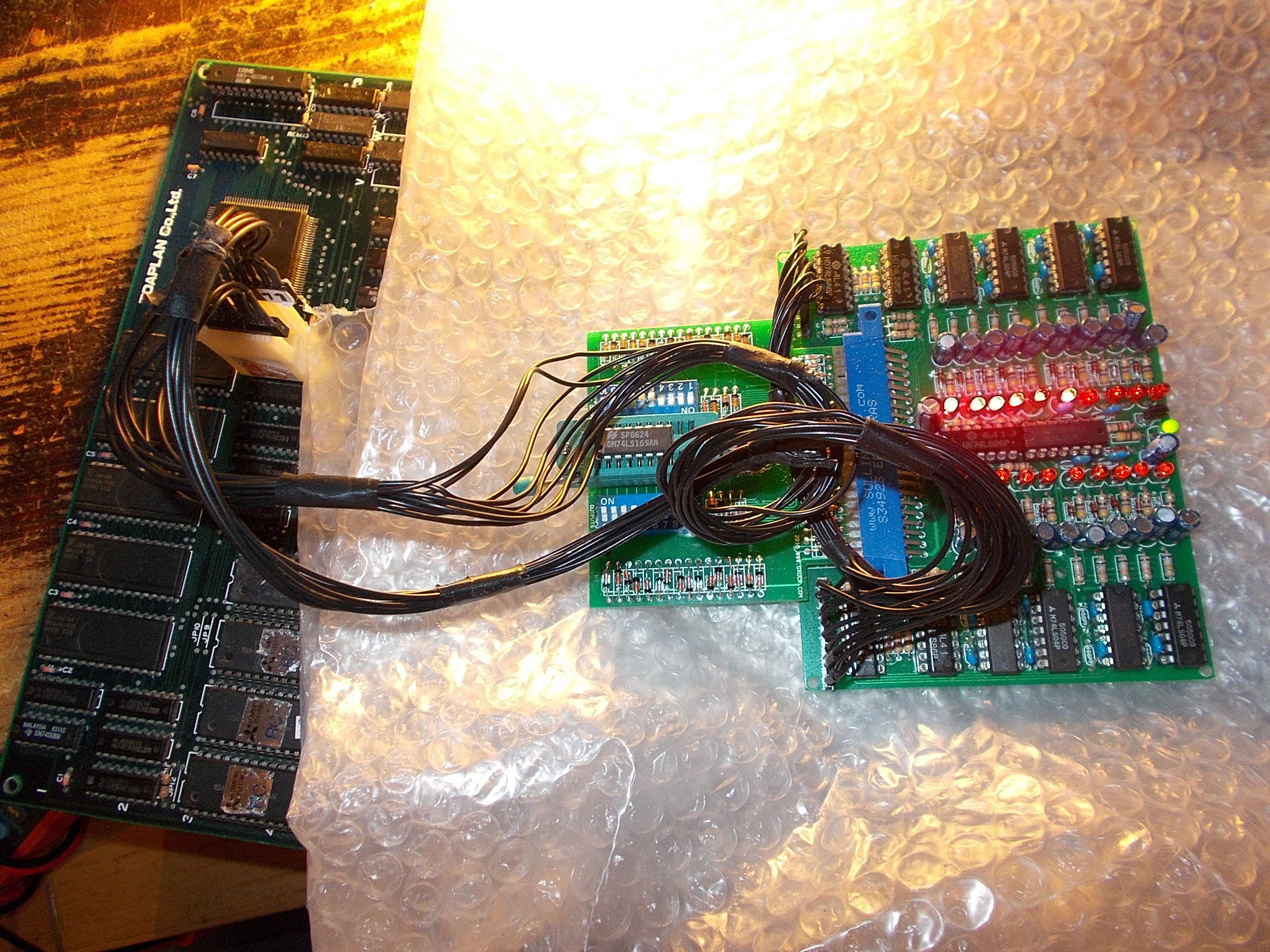 Its output pin 15 was almost shorted to VCC (only 7.9 Ohm measured) 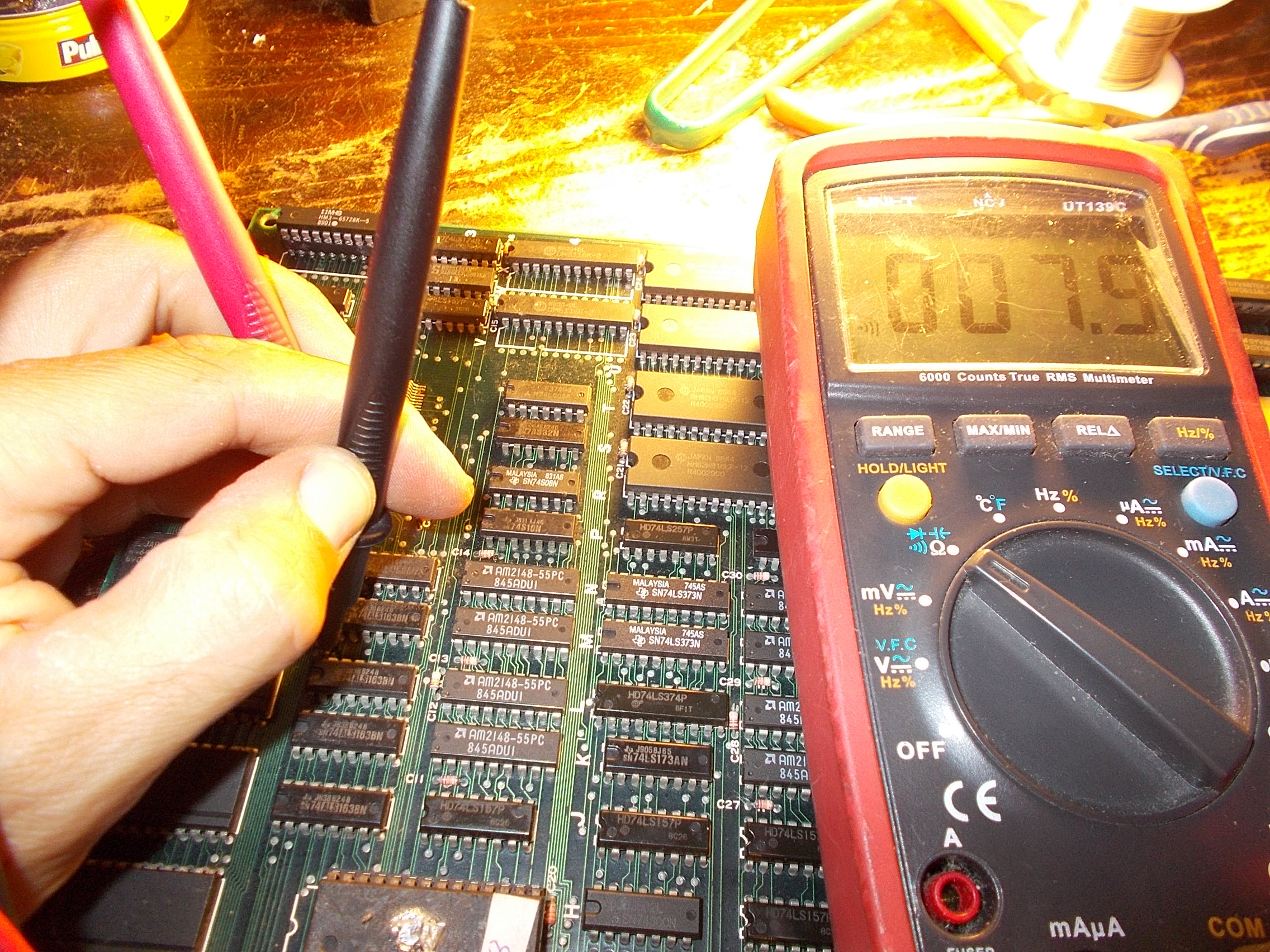 Once removed, the chip failed miserably :

Finally the sprites were correctly drawn but blocky : 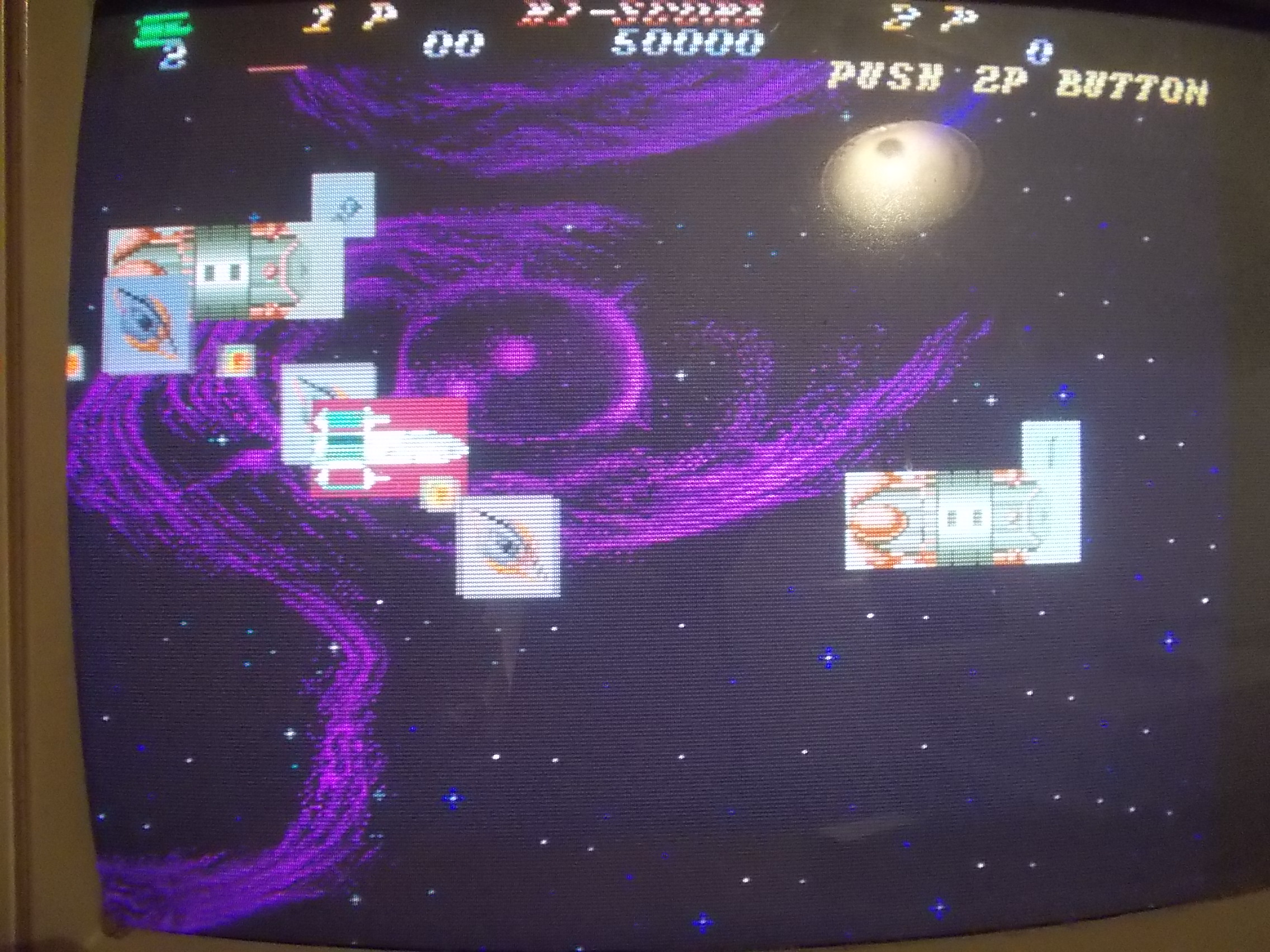 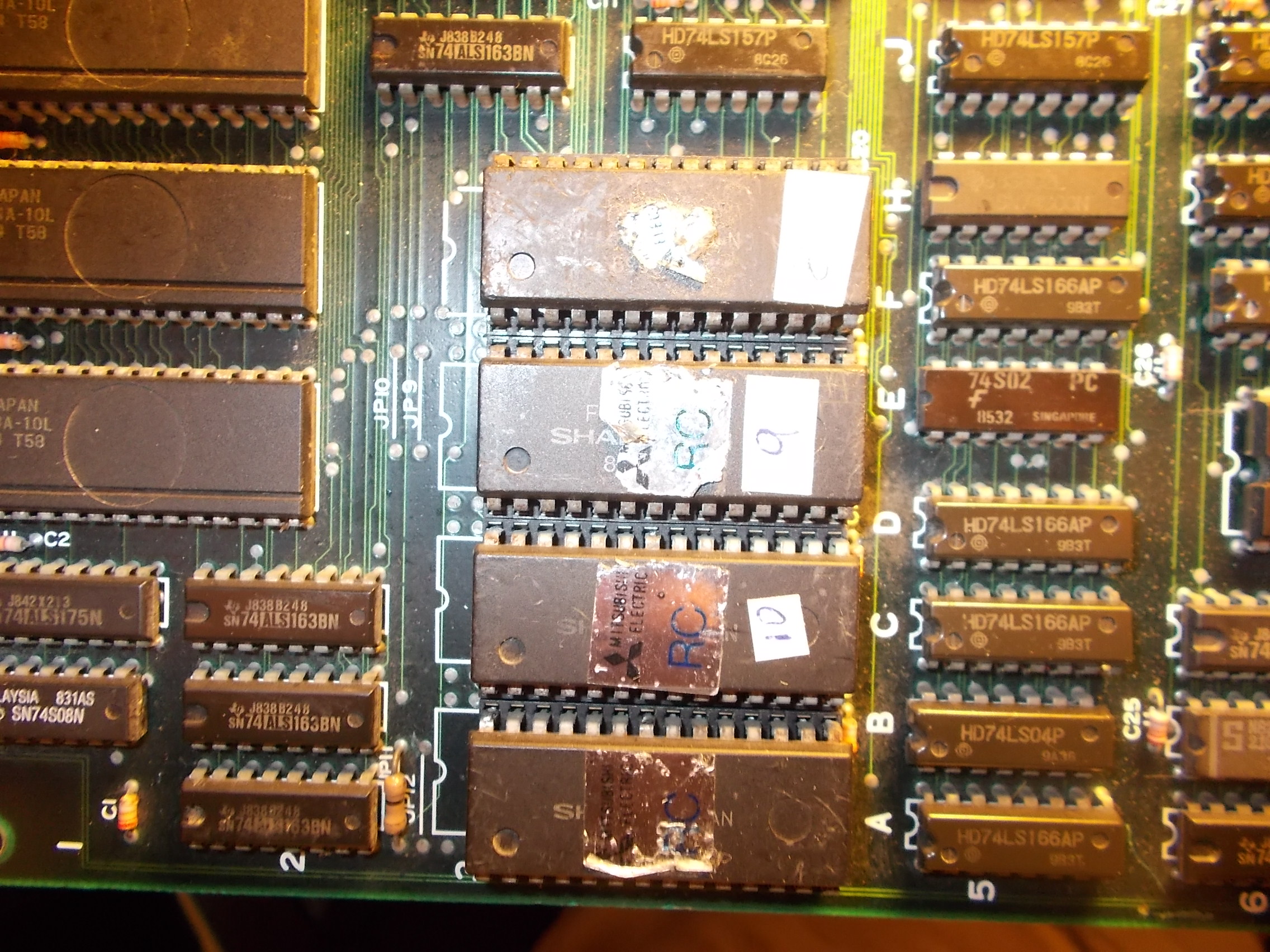 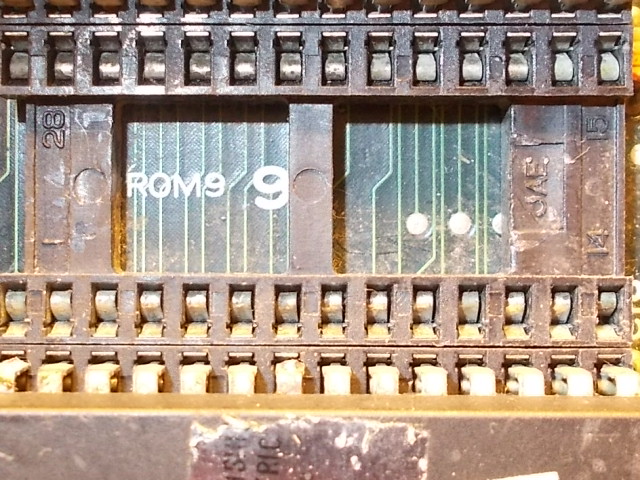 So I replaced it: 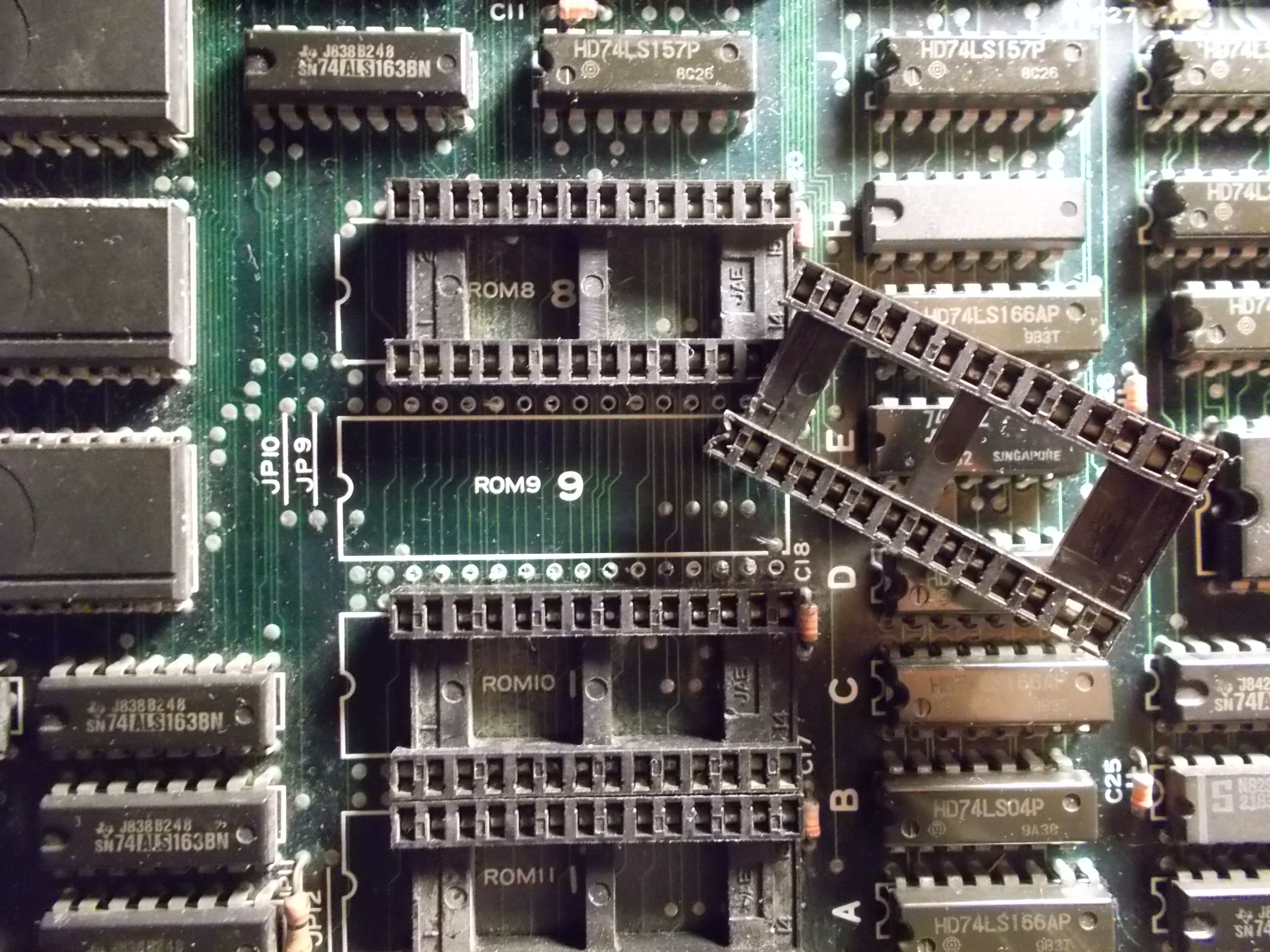