Another shoot’em up ‘under surgery’.Here we have an Hellfire PCB I received from Portugal: 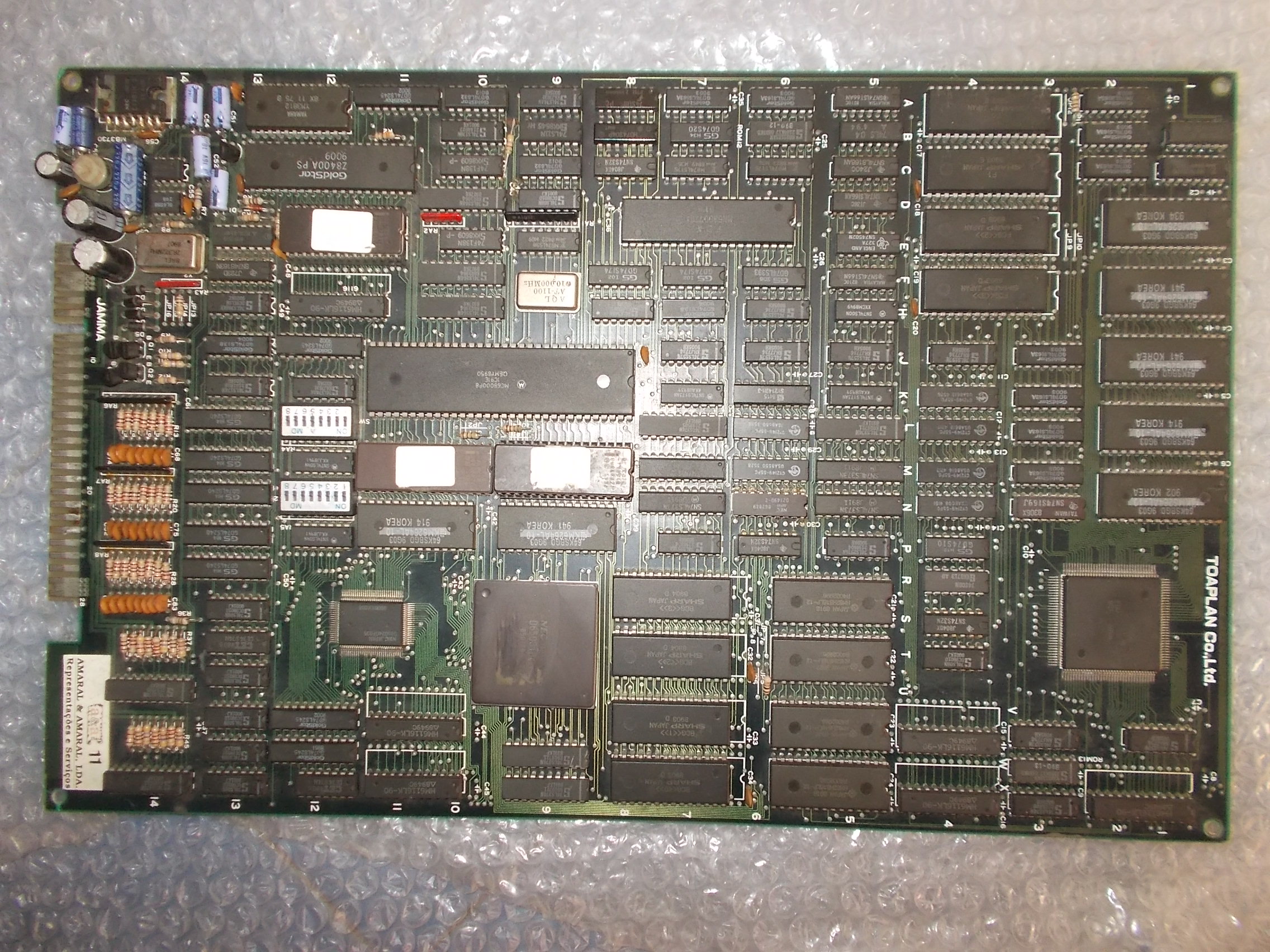 Board booted into game but sprites were all blocky: 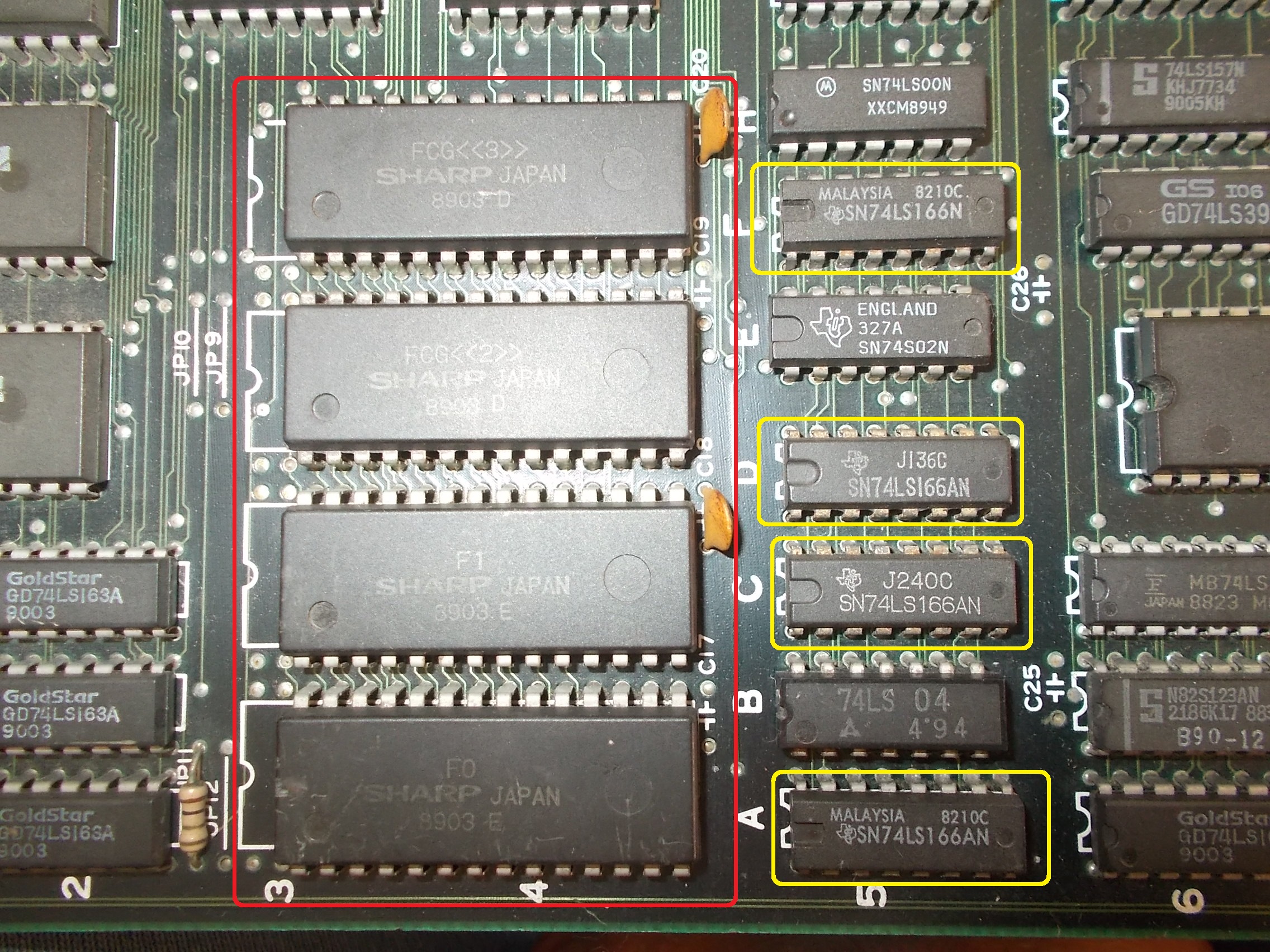 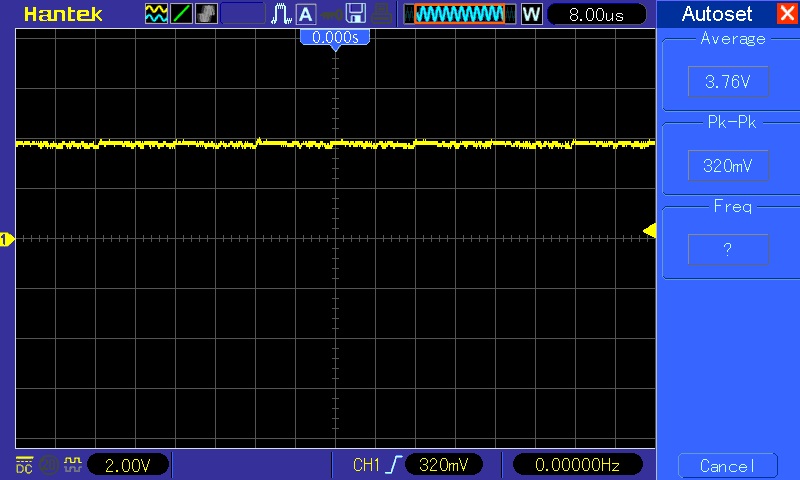 While the inputs were active: 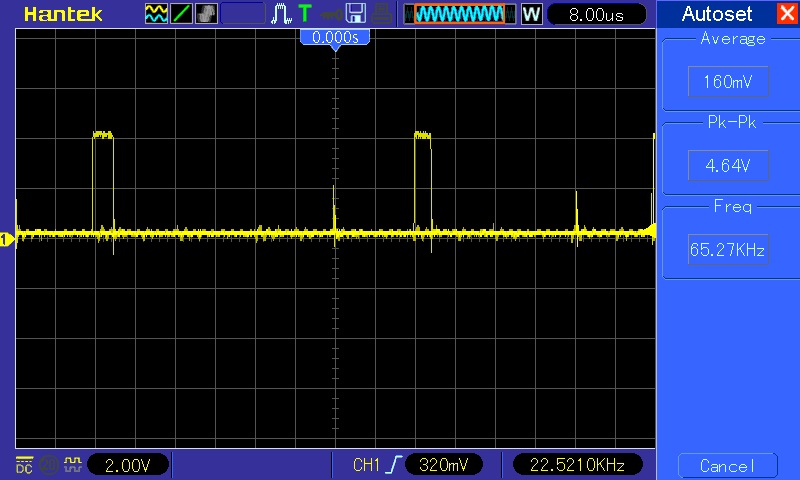 I removed the IC: 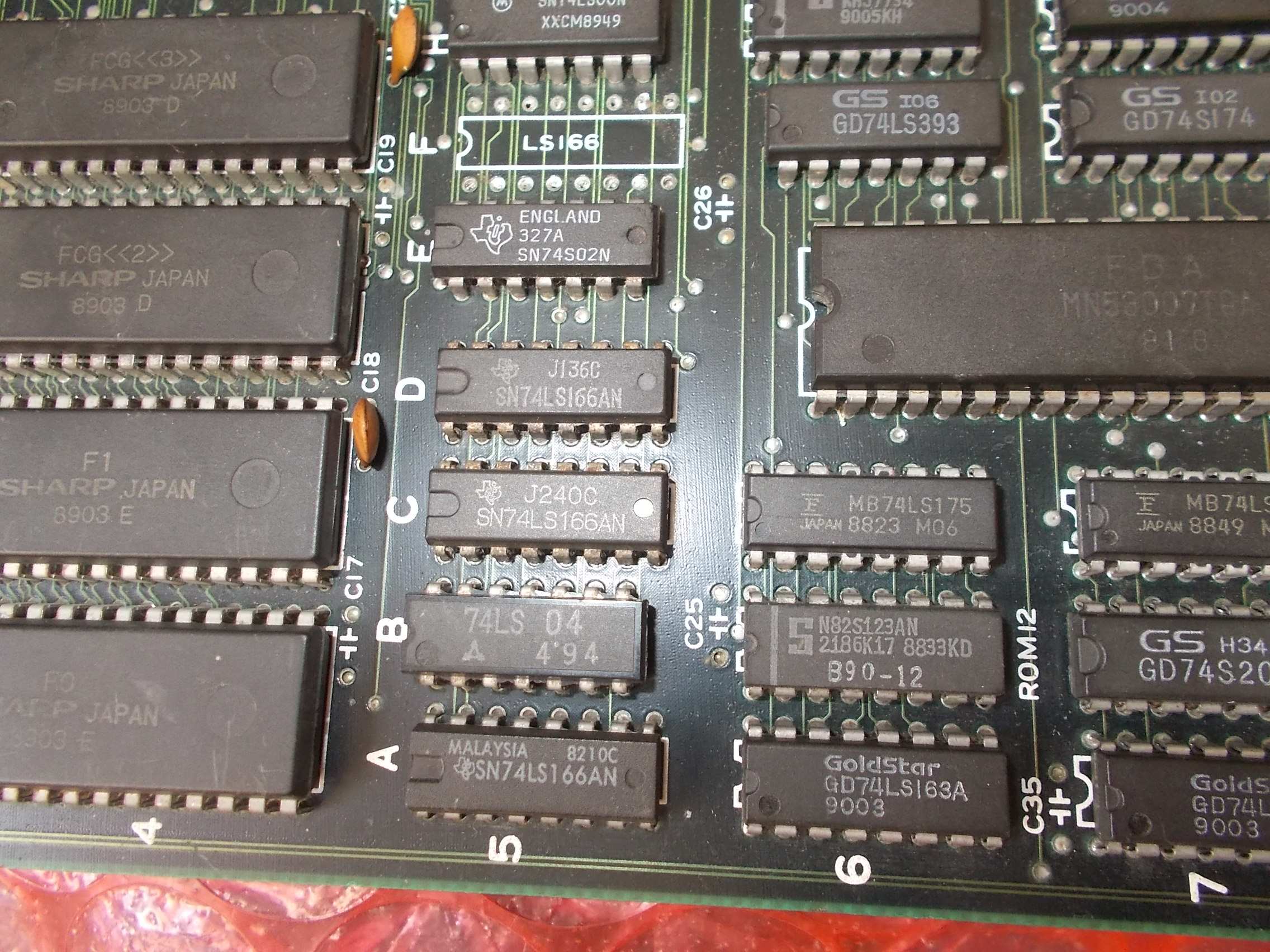 It failed the out-of-circuit testing : 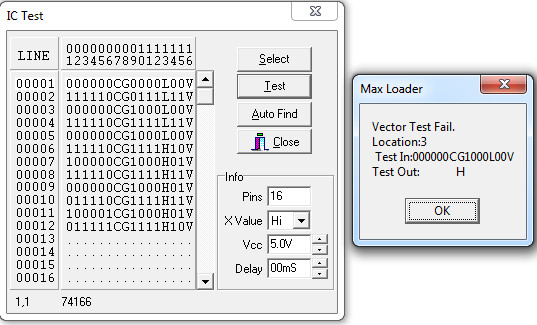 This lead to an improvement  but still not perfect as sprites were missing lines : 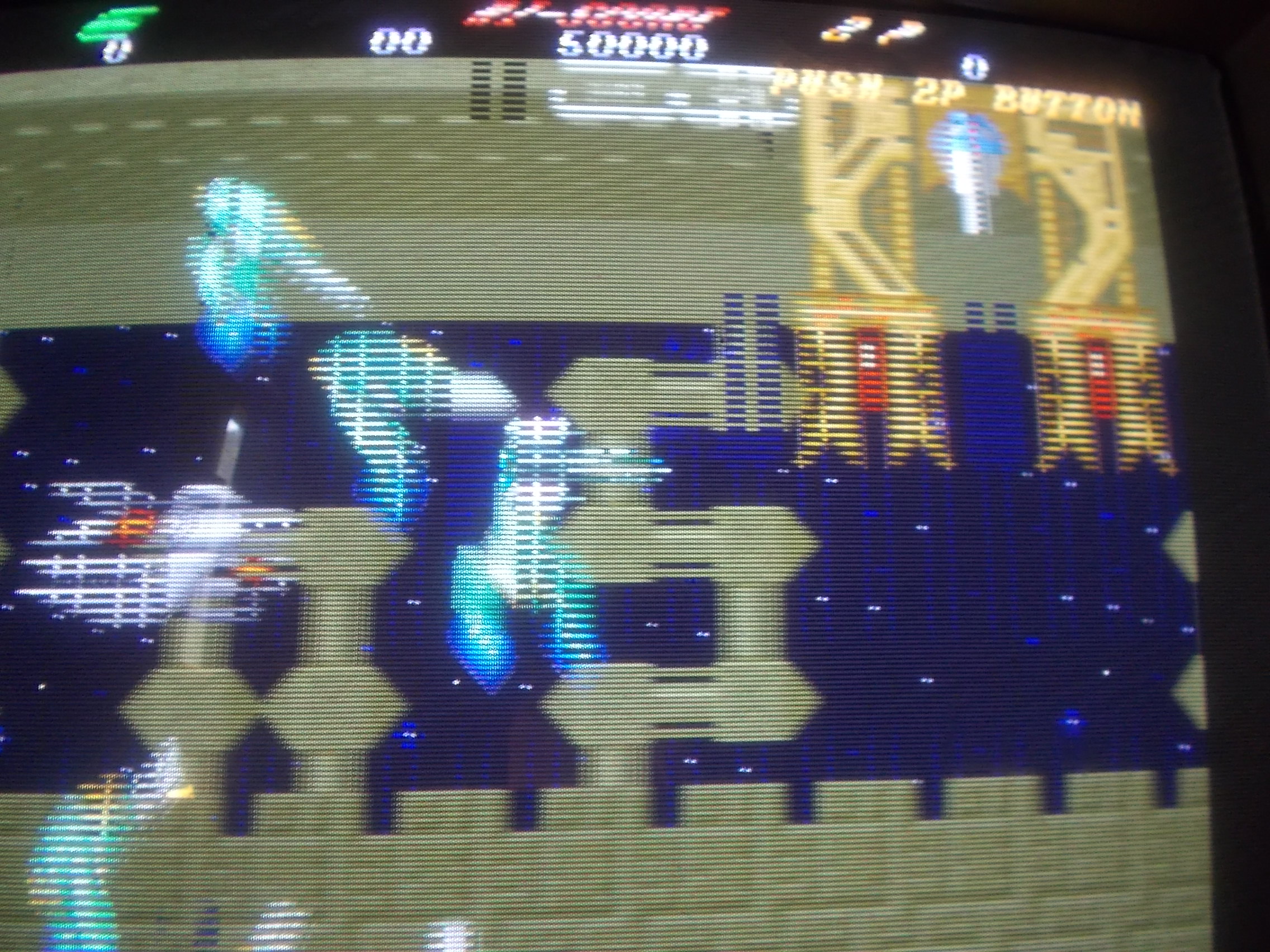 Looking again at hardware I could figure out the sprite line buffer is made by eight 2149 SRAMs (1K x 4-bit devices, pin to pin compatible with 2114/2148) 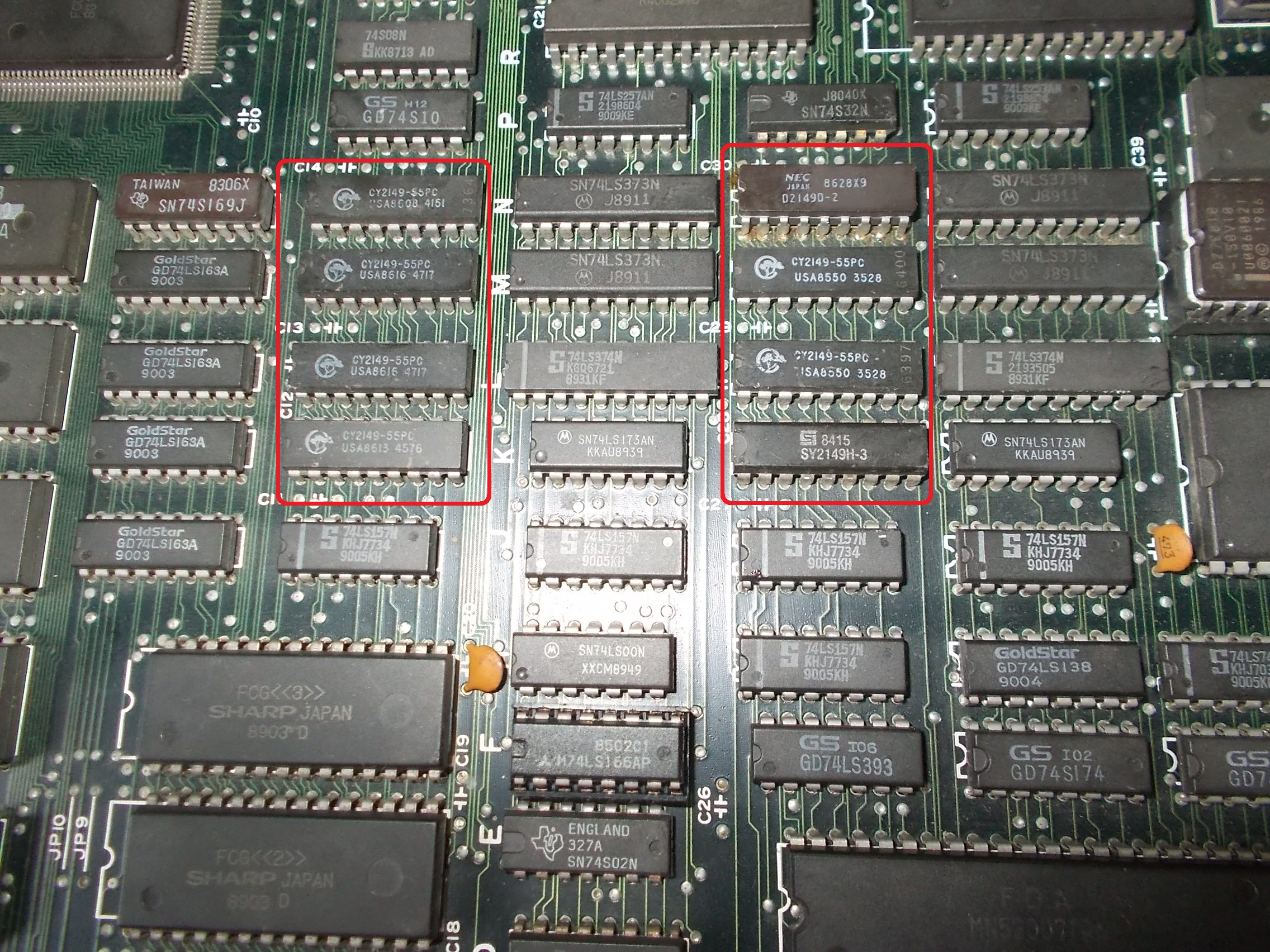 The one @6K was hot to the touch, probing it with a scope revealed weak signals on data lines : 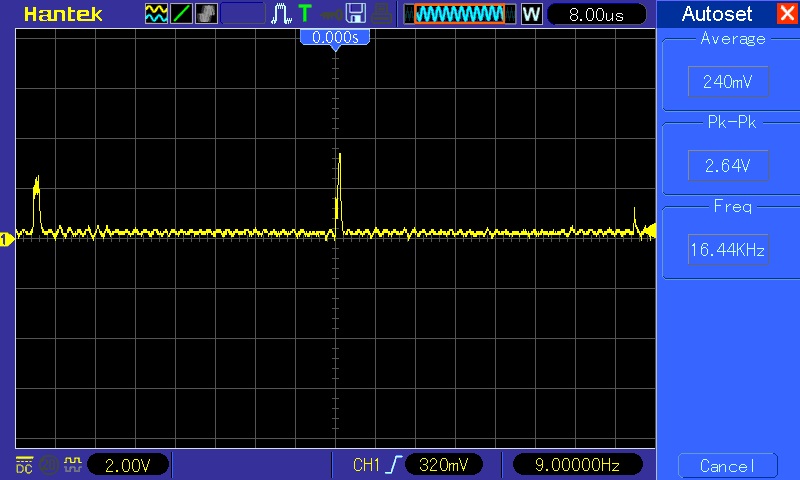 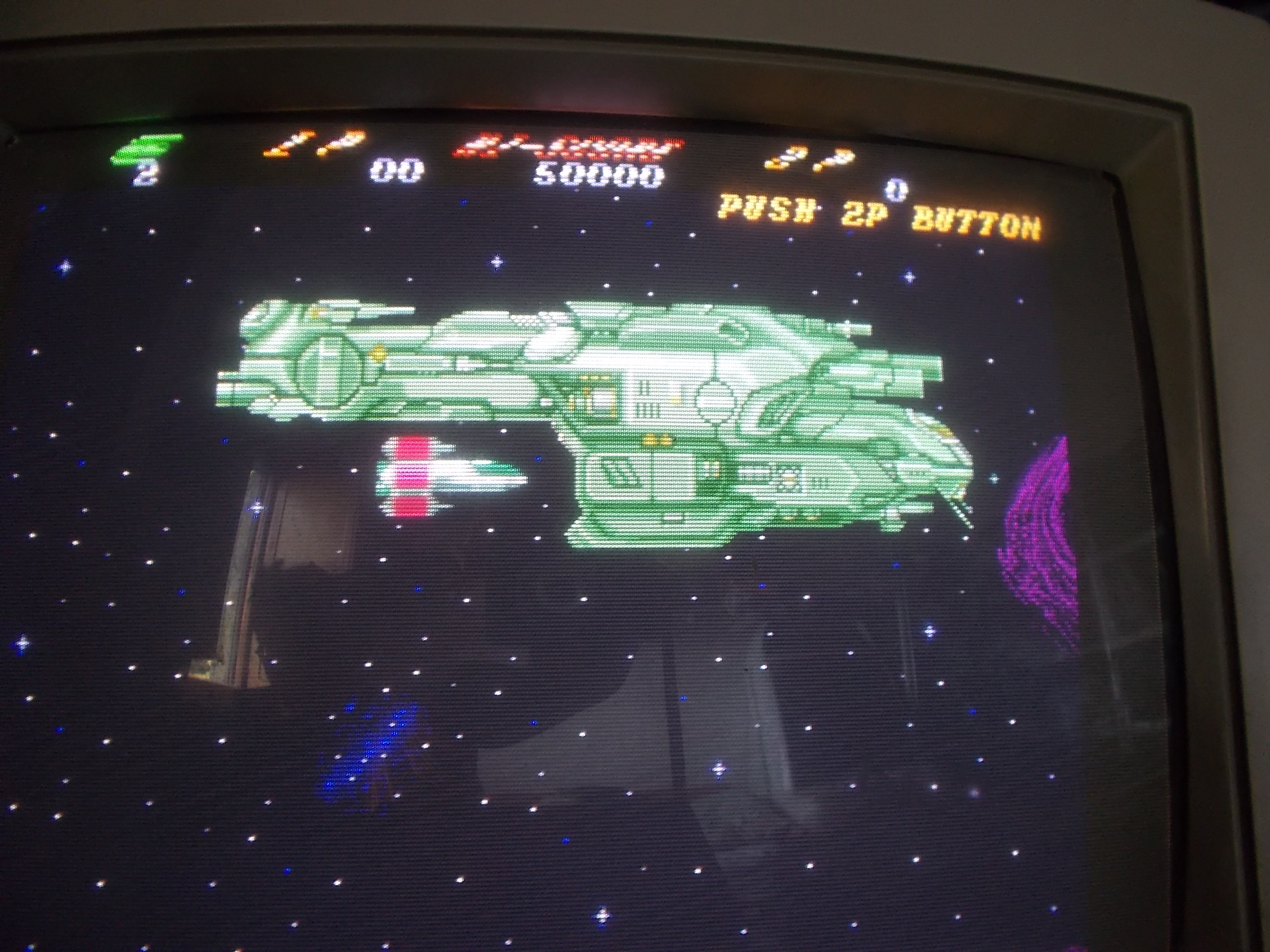 The last issue concerned the sound, it was faint and corrupted:

Looking at sound circuit I noticed a Nec uPC1181H amplifer was fitted in place of the Fujitsu MB3730 that silkscreening suggests : 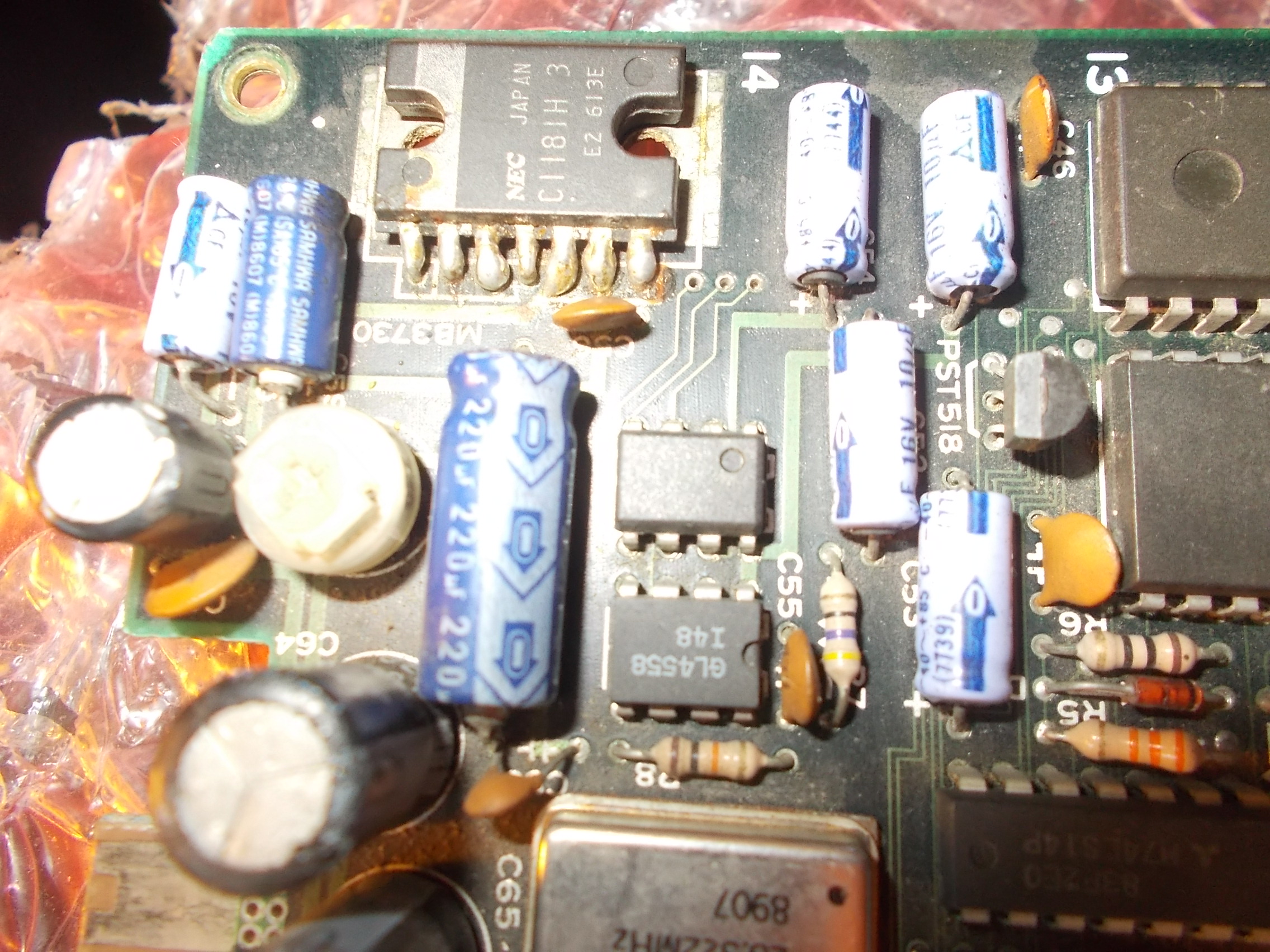 Although the two amplifiers have pretty same pinout, different is the typical application circuit and power output (14W for the MB3730 and 9.2W for the uPC1181H) so I installed a proper one.Looking at sound section on another same board I noticed three mylar 100nF capacitors were used by factory @C61-C62-C63: 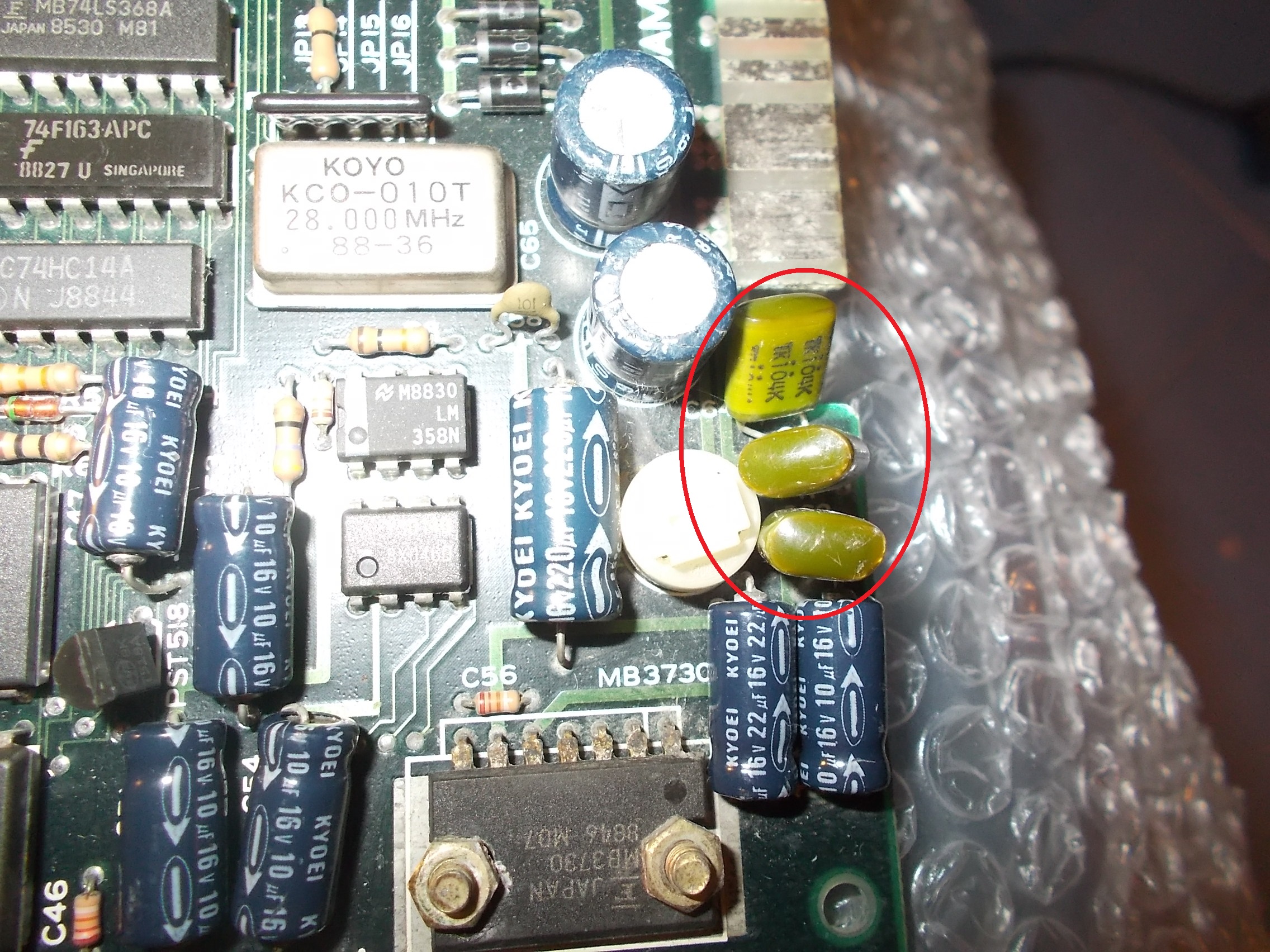 Whereas on my PCB an electrolytic capacitor was installed @C61 and the one @C62 was missing : 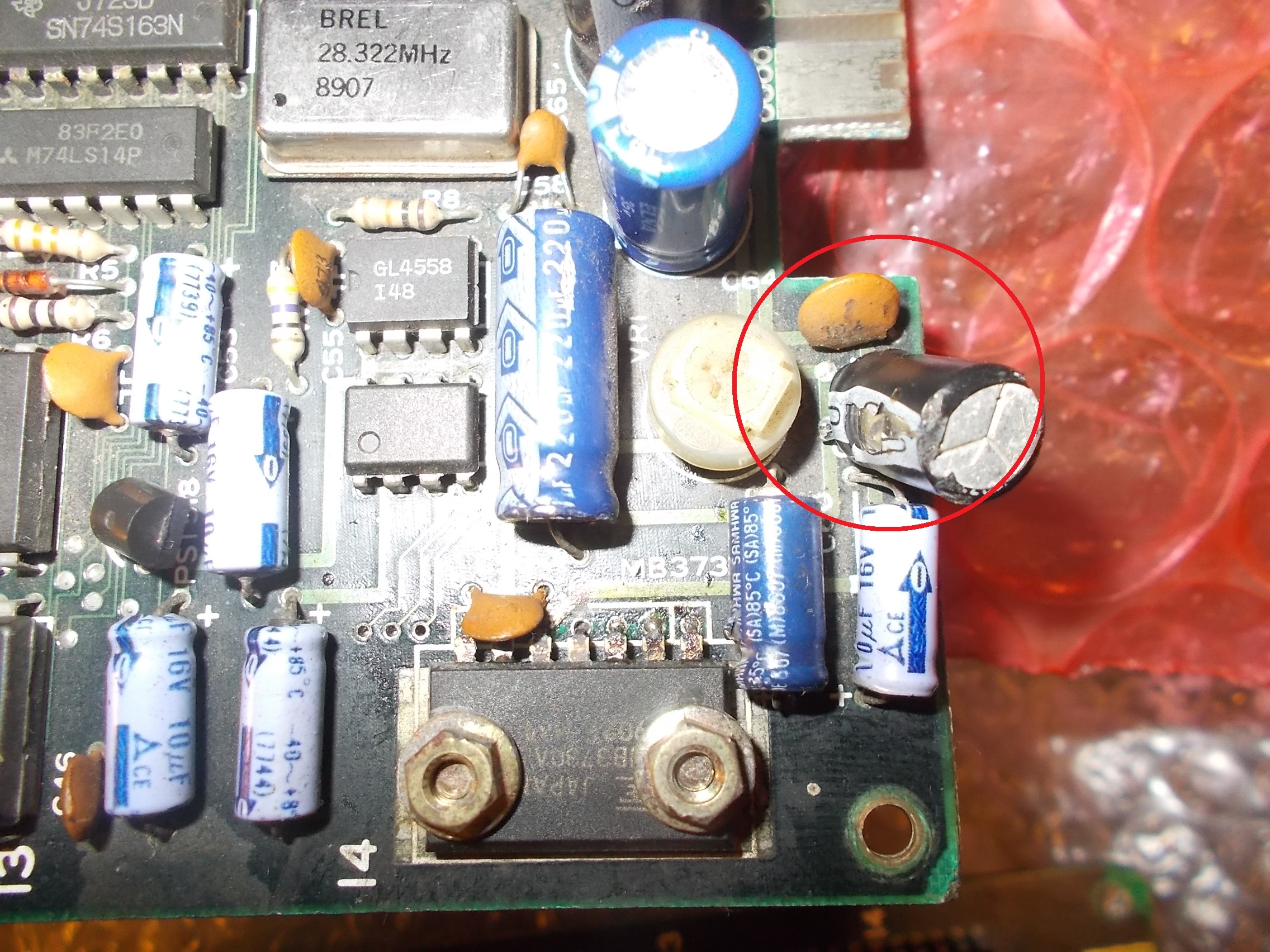 I restored the factory condition gaining a loud and crisp sound again.Repair accomplished.