Received from Portugal a cocktail version PCB of Indiana Jones, a real “holy grail” given its rarity.The peculiarity is that it runs on a different hardware than usual Atari System 1.Board is a two stack one made of a ‘main’ PCB : 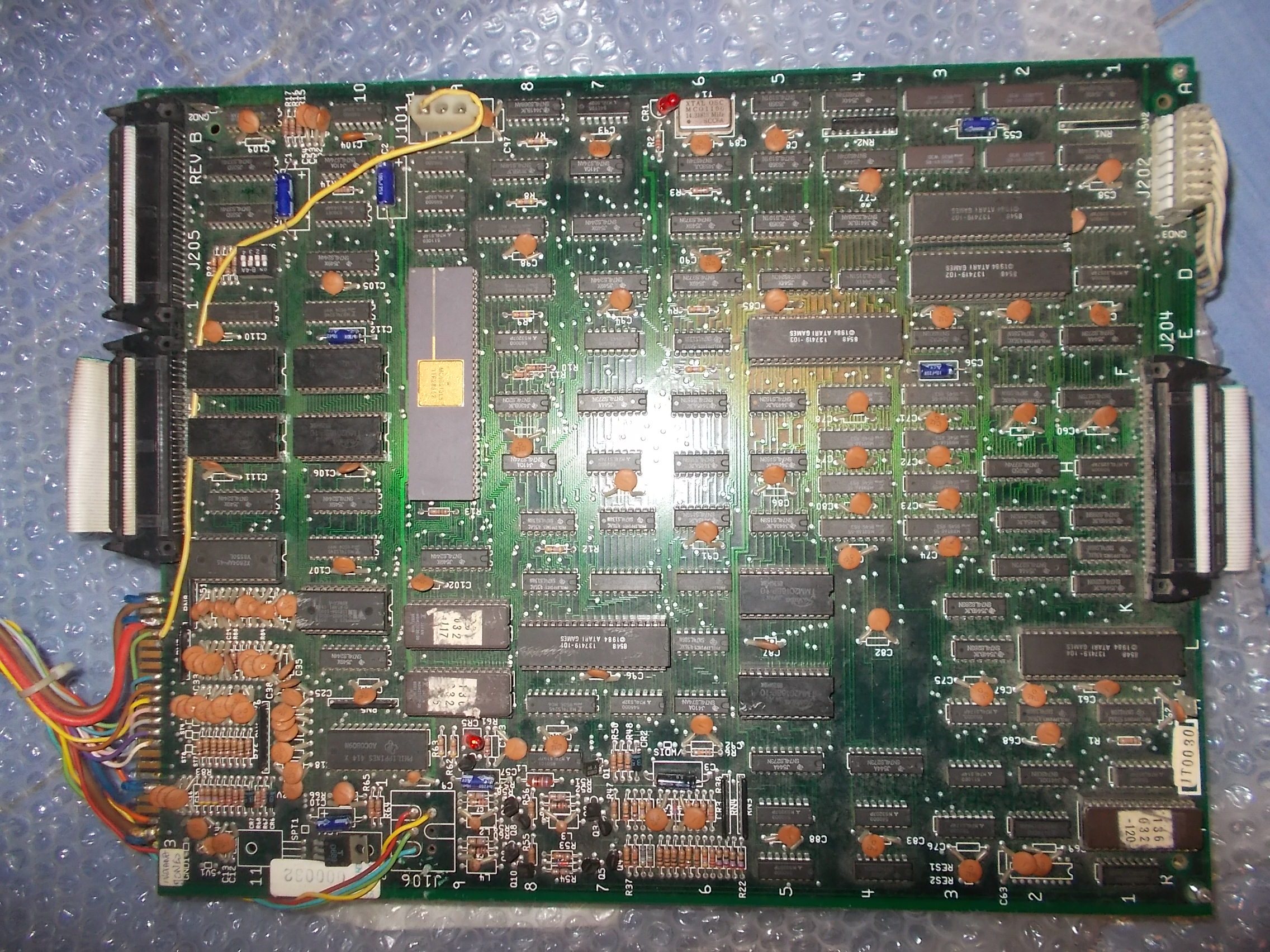 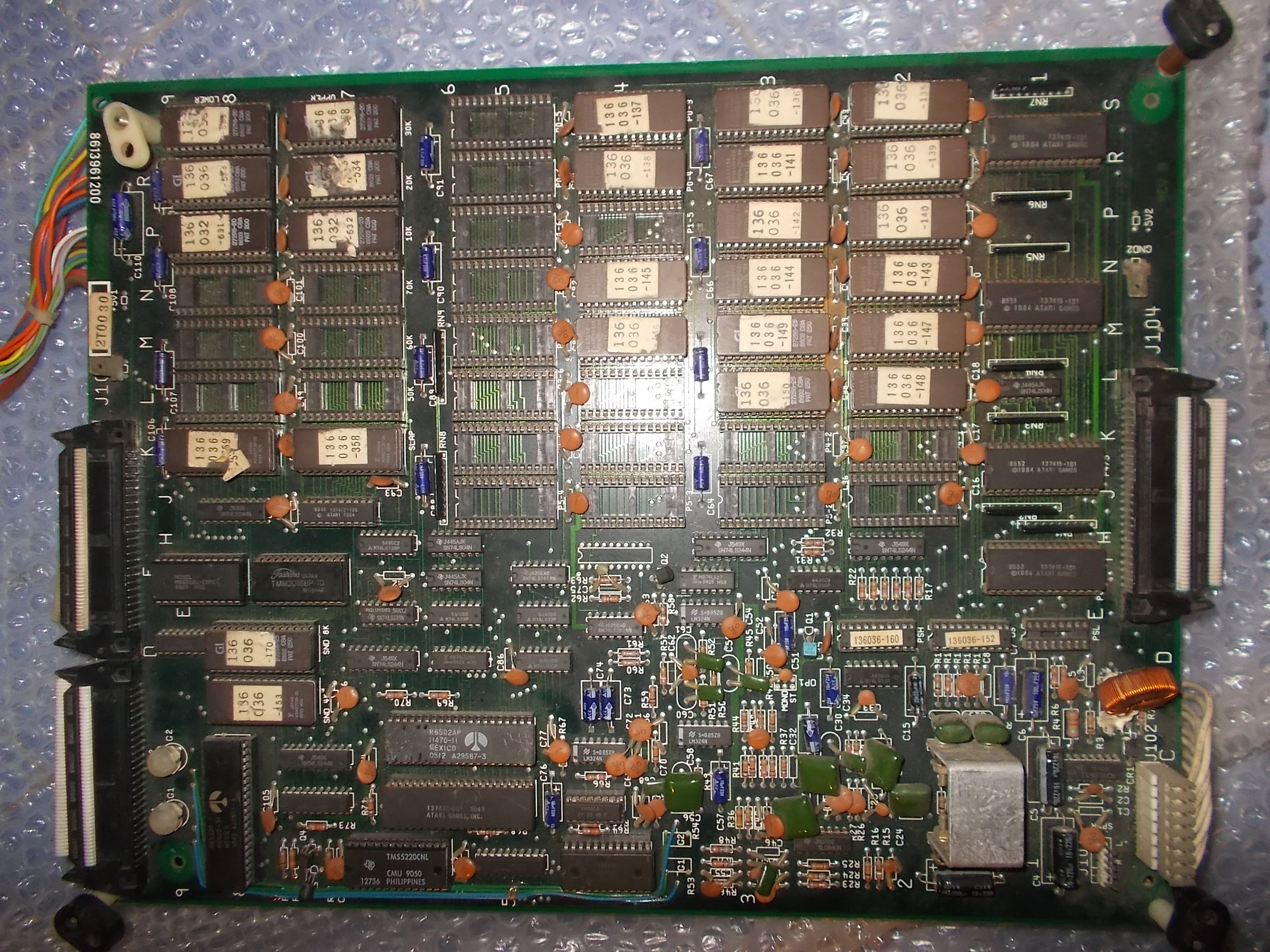 All I got when I powered it up was a flashing ‘NO CARTRIDGE’ message on screen, watchdog was active and board resetting in an endless loop:

I started my troubleshooting with some preliminary things like reseating chips and ribbon cables.This worked in some way because it shutted down the watchdog and put the board in a static red screen : 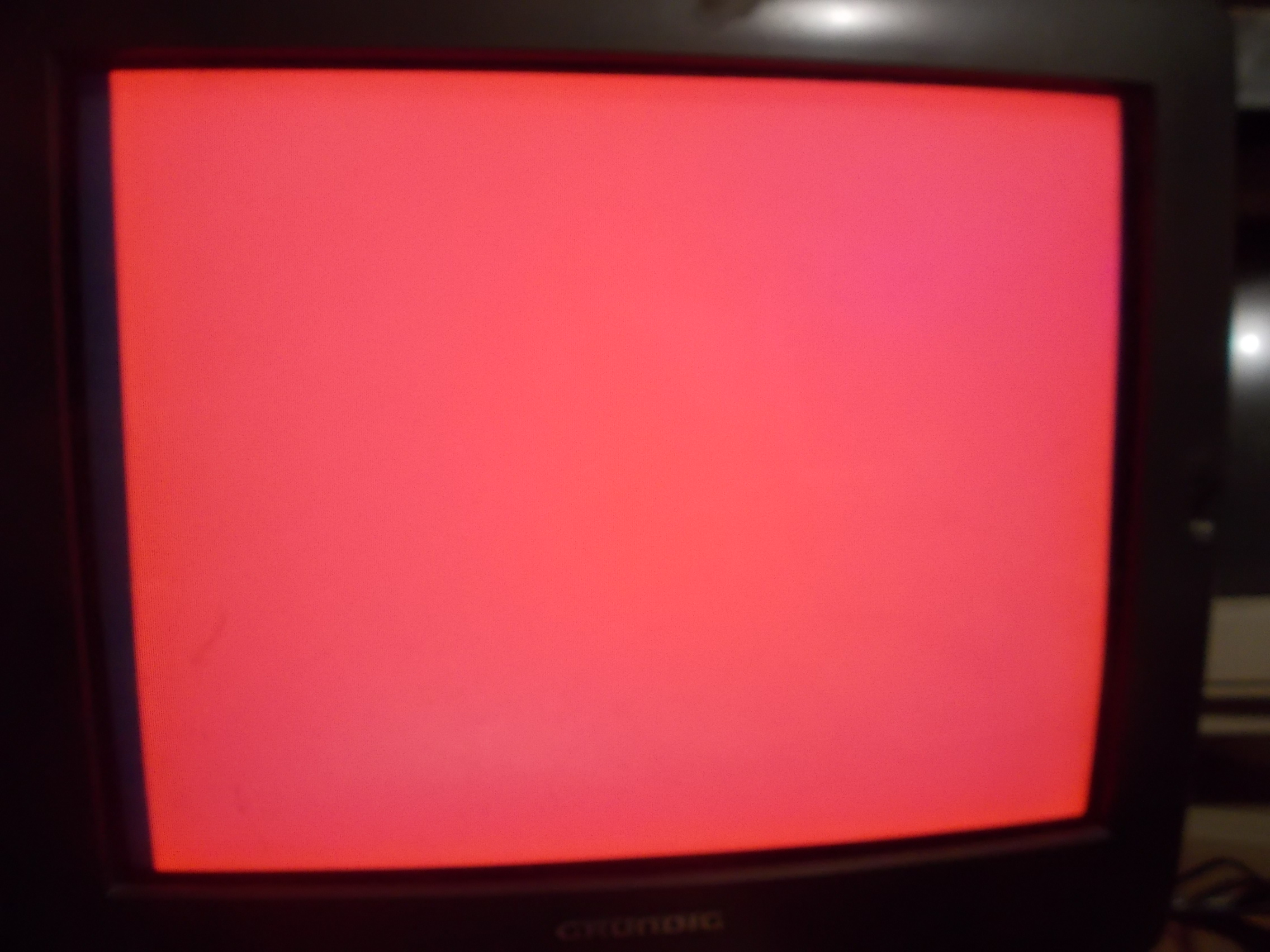 Despite this state I was able to enter into TEST mode and perform all checks that were successfully carried except for the sound test which failed reporting this error : 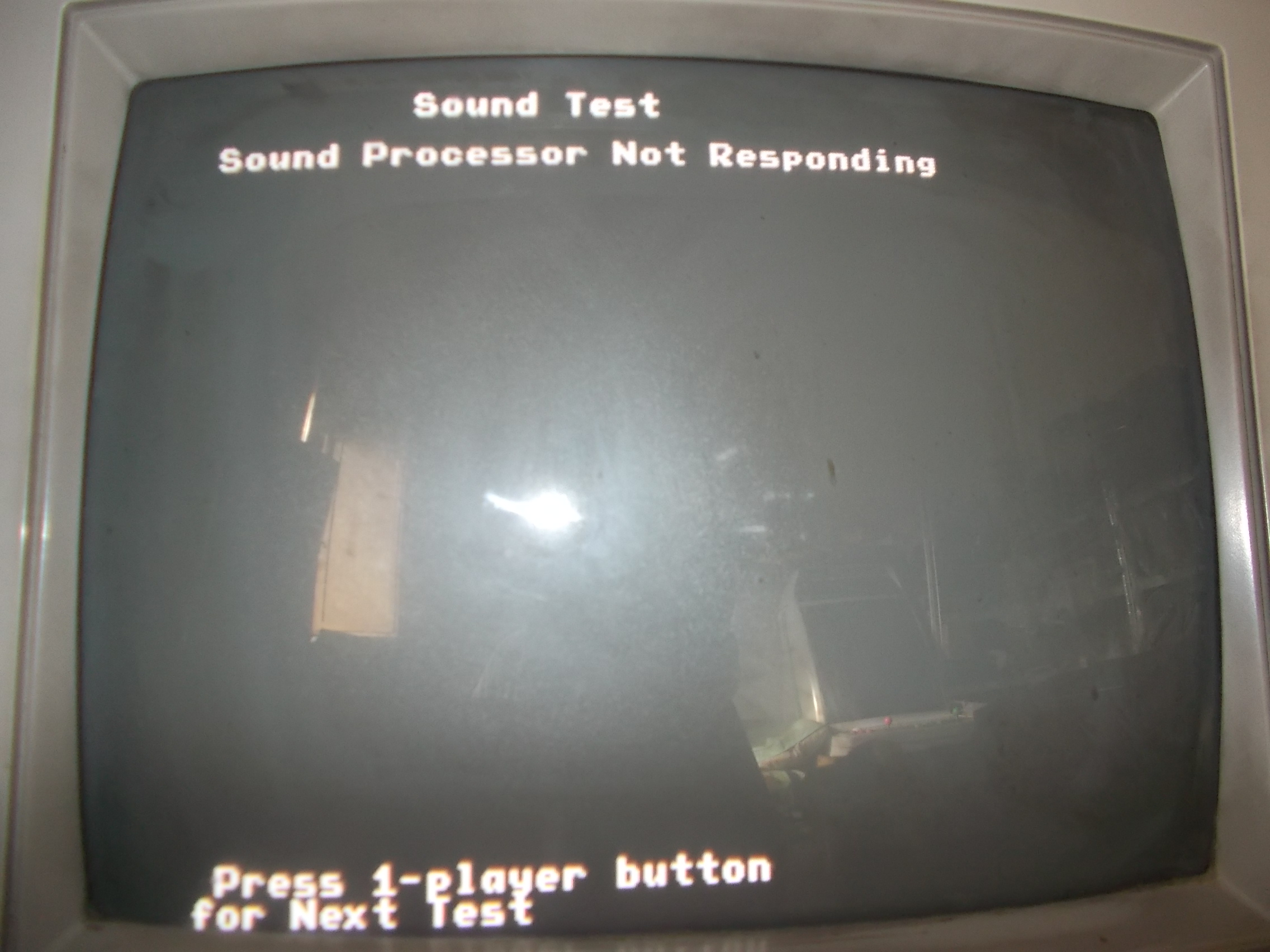 The sound CPU is a 6502 located on cartridge PCB: 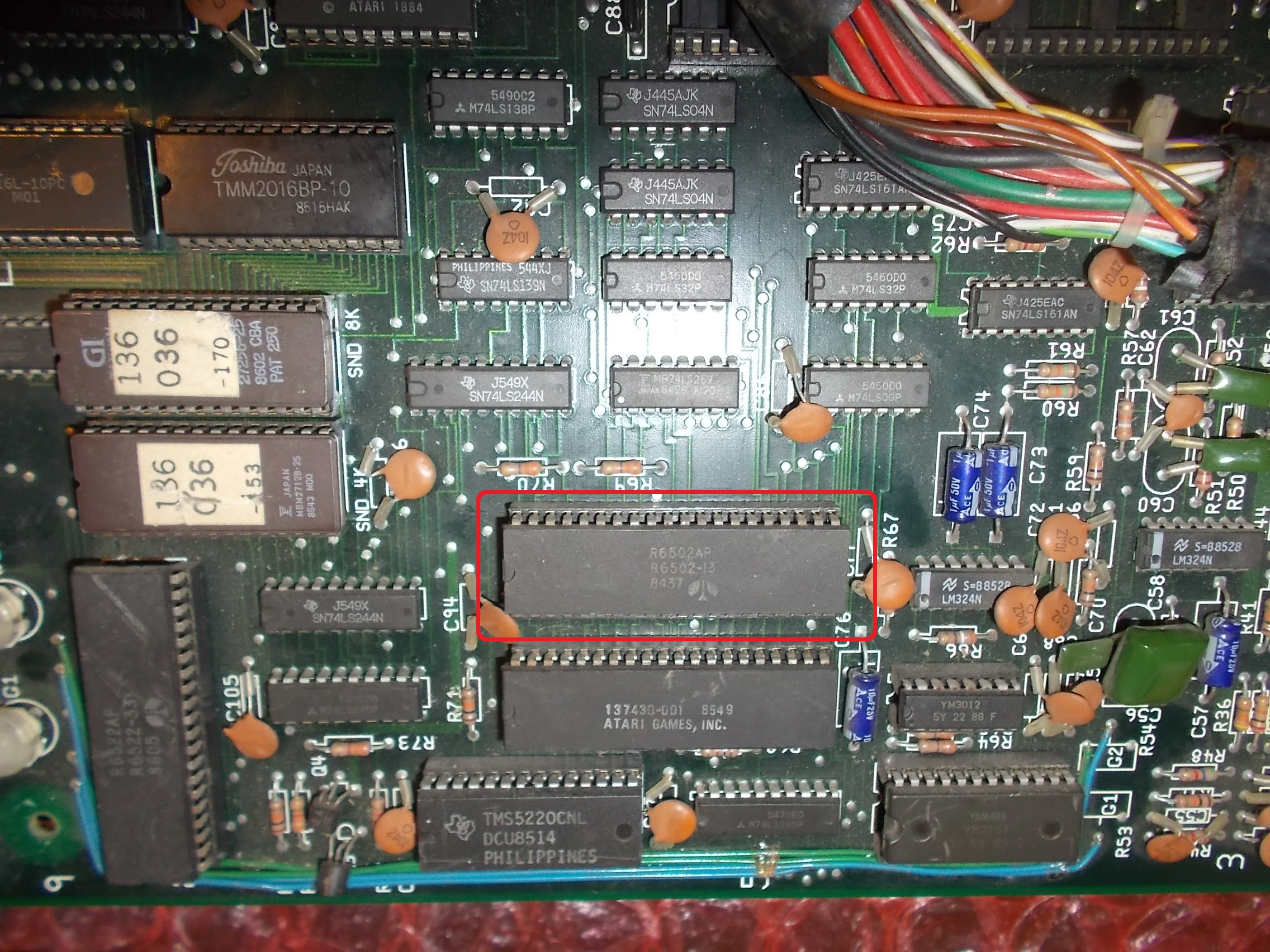 I replaced it with a good one and board booted into game.All seemed to be working fine, game was full playable but in a comparison with MAME I found that speeches were missing on my board

Here is how it should play:

I went into TEST mode and launched again a sound test.Music chip (YM2151) and Effects chip (POKEY) were tested good whereas the Speech chip test was silent:

The Speech chip is a Texas Instruments TMS5520: 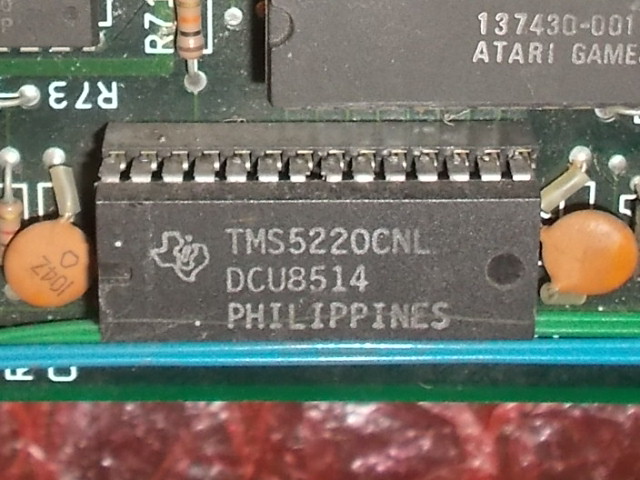 Most of pins were inactive so,having a spare I replaced it but with no luck.Looking at schematics the TMS5520 exchanges data with the SY6522A (VIA, Versatile Interface Adapter) 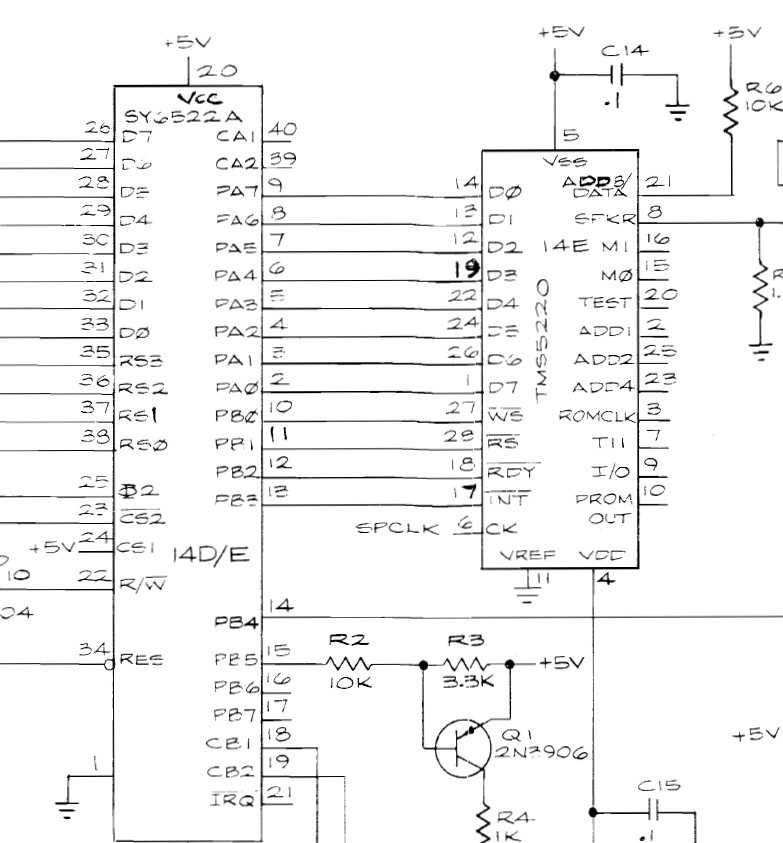 I could not see anything else involved in the fault so I ordered the part which came into mail after some time: 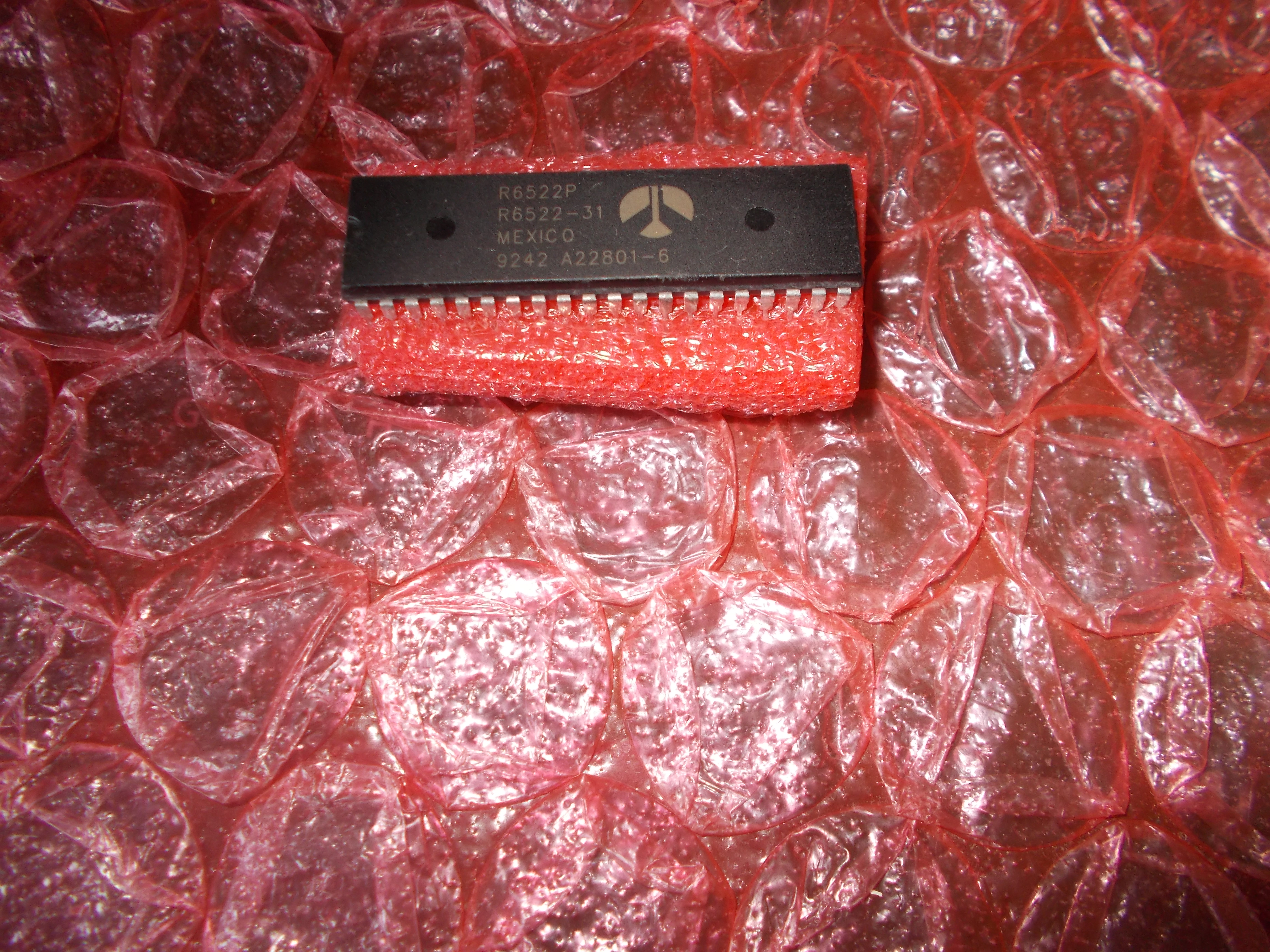 I installed it and speeches were restored, board 100% fixed.Repair accomplished.