Hi everyone, I’ve been a long time follower of jammarcade.net for several years and I’ve received a lot of help and advice from both Porchy and Caius. A big thank you to you guys! 🙂

So for my first post I thought i would document the repair of a Irem Battle Chopper. Pretty obscure and rare game that is hard nails, as always when it comes to Irem games. 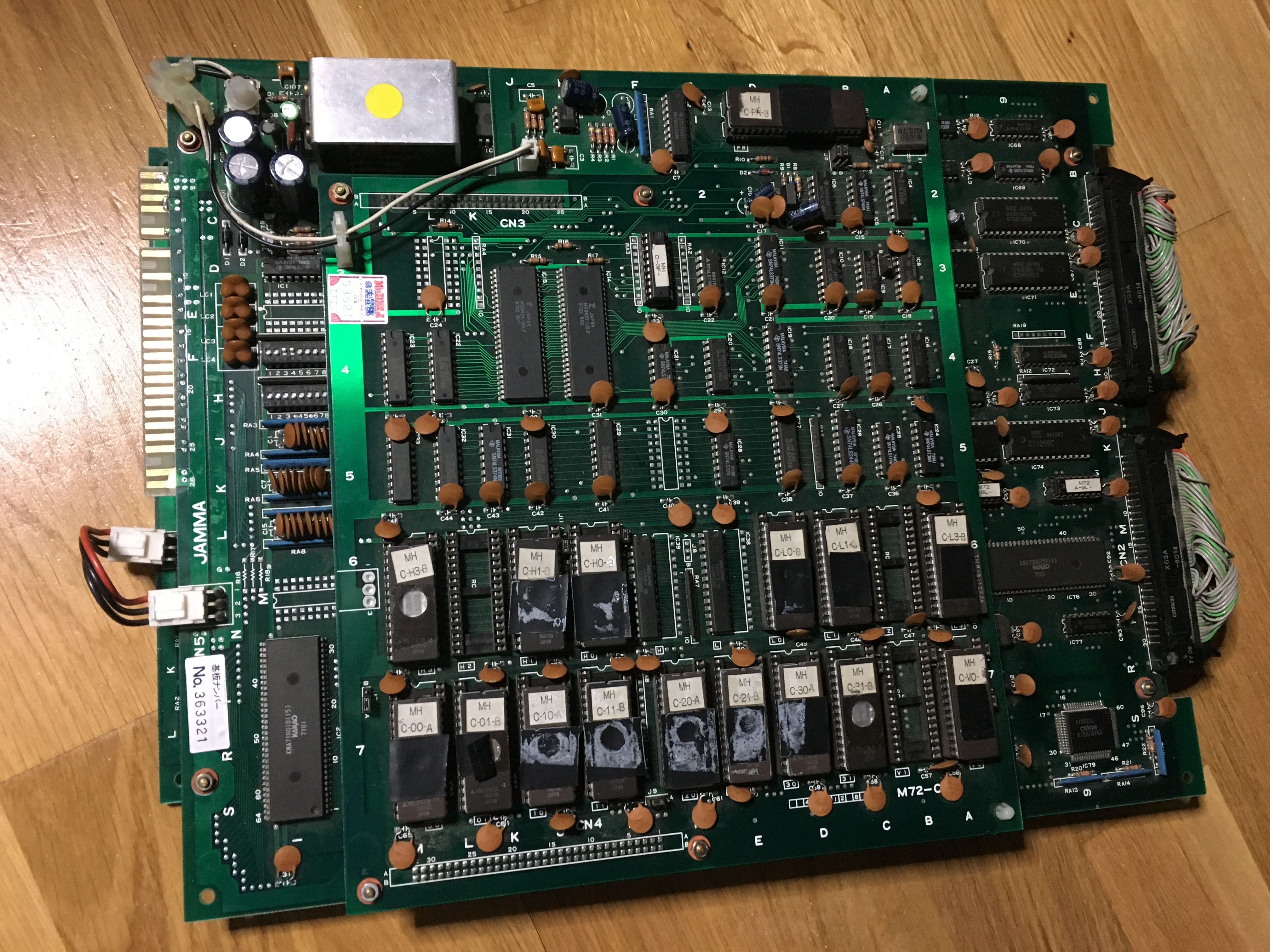 The PCB was in pretty good condition but was missing some color. It displayed mostly blue graphics and faint red and green. 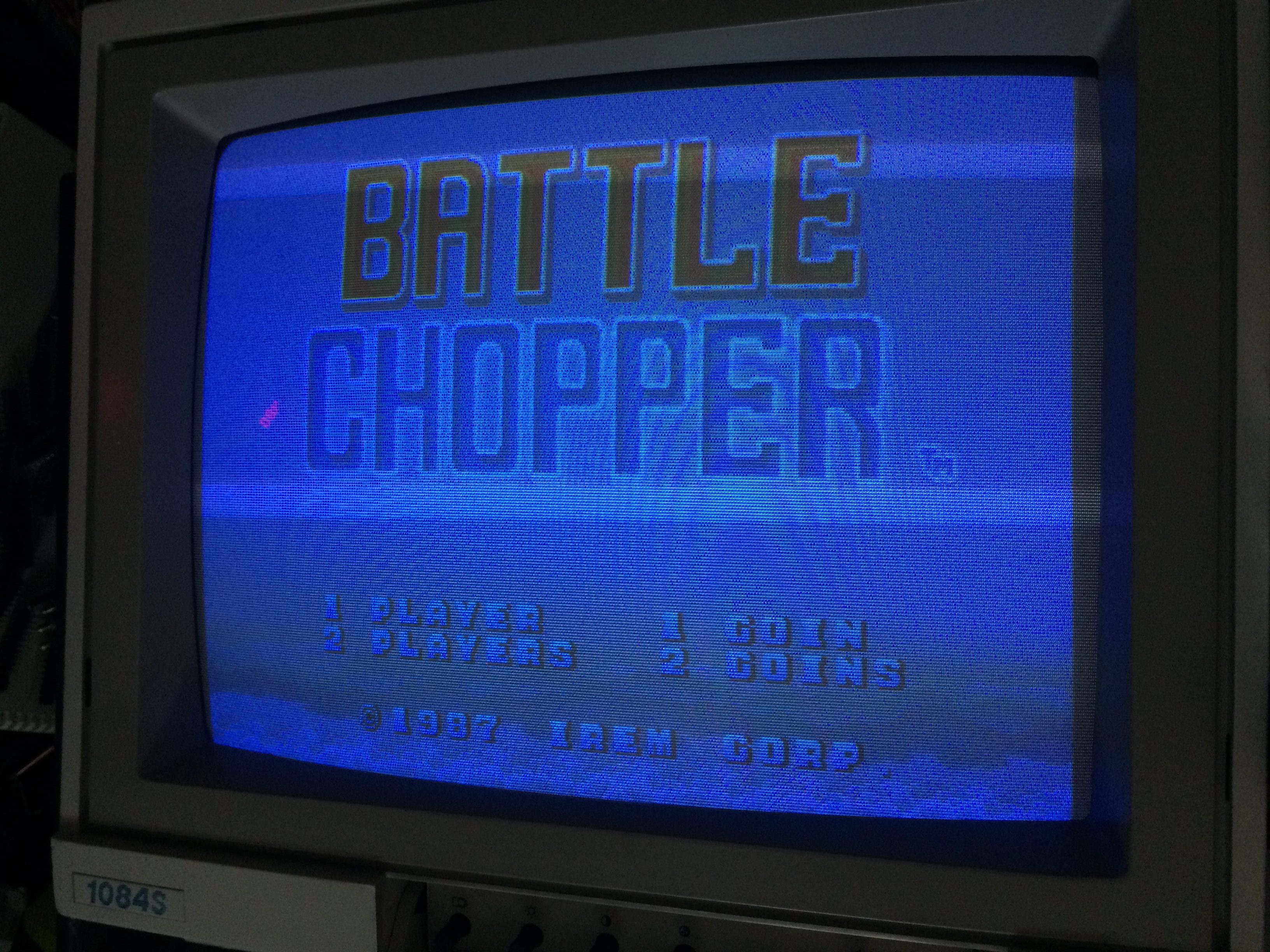 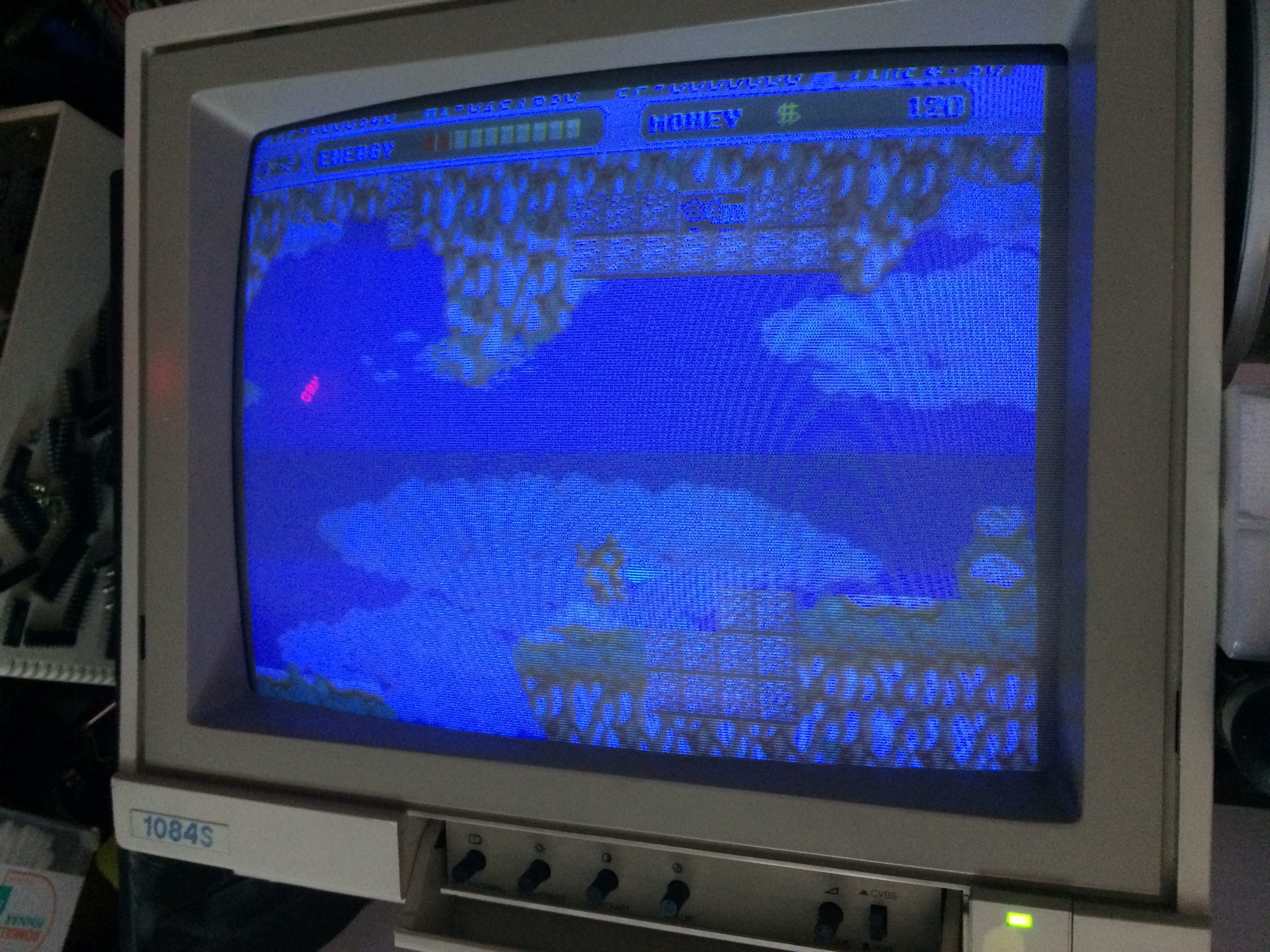 Having worked on M72 hardware before, I knew that color output was handled on the middle board in the PCB stack.

I started with measuring the RGB signals on the JAMMA edge with my oscilloscope, I could verify that the signal of R and G were absent.

Having access to the R-type schematics, I checked where the RGB signals came before it arrived at the JAMMA edge. 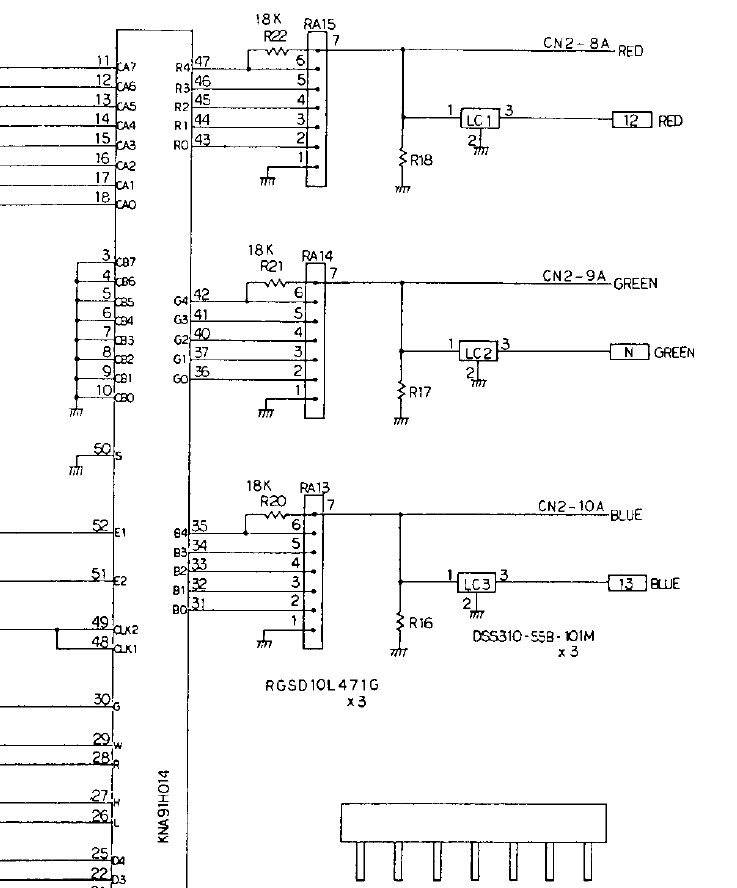 As you can see it derives from the custom KNA91H014. Bad news I thought, but when checking the outputs with the oscilloscope, all the outputs looked fine. So I then started measuring the resistance of the resistor networks (RA13, RA14 and RA15) and they also checked out ok.

Everything in that areo seemed to be ok, so I started to look more into the schematics and found this on the same page as the snippet above 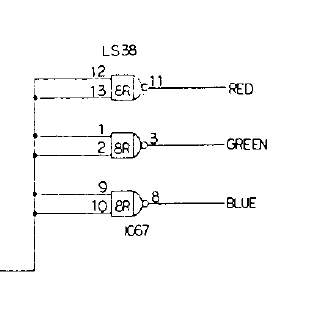 When checking the outputs of this 74LS38 at location IC67 with my logic probe, I could see that red and green were floating. And I could also verify that they were both shorted to ground. 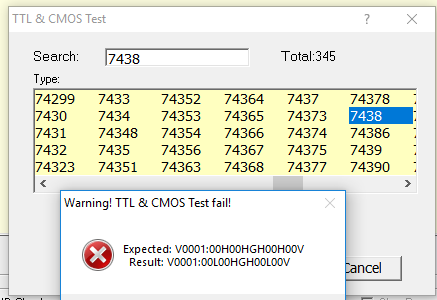 These 74LS38’s aren’t that very commonly used on arcade pcbs, at least in my experience, so I needed to wait for a replacement to arrive. In the meantime I added a socket on the PCB for easier access for the future.

With the replacement in place, I booted up the game and lo and behold, all colors are back 🙂 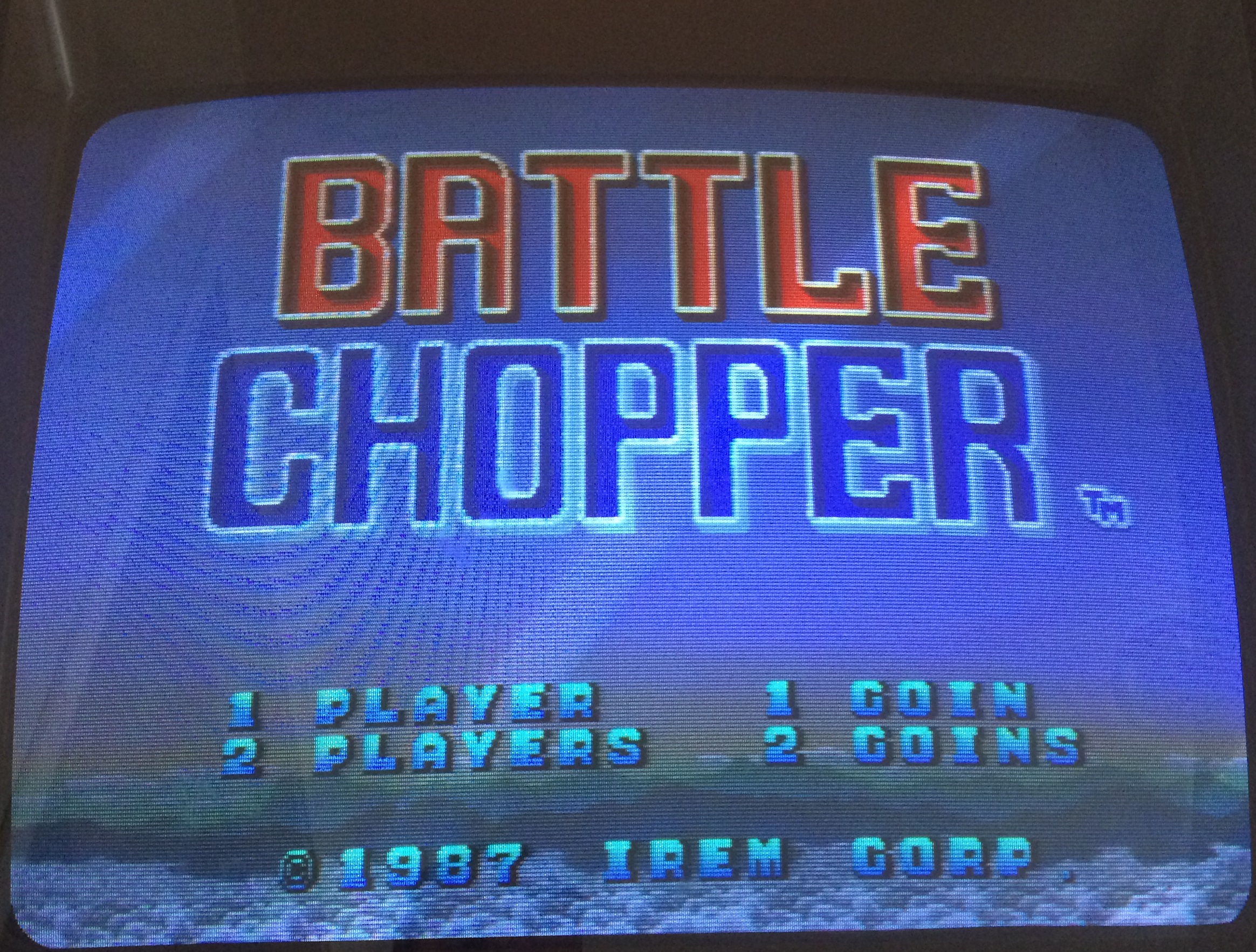 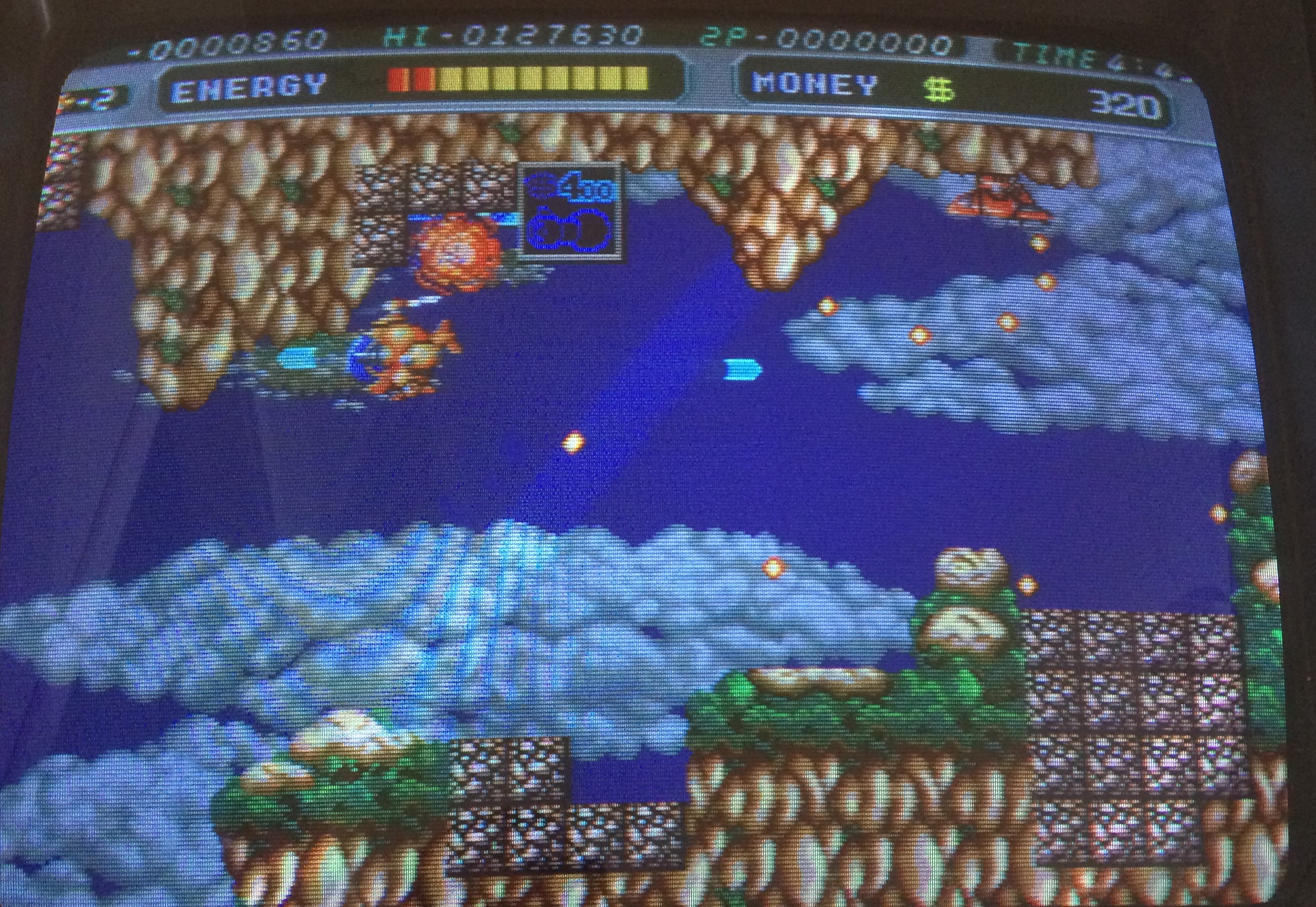 A good and rare game back in its full glory.