For the uninitiated the Irem M92 is an arcade platform introduced in 1991 by Irem.Technically speaking the system is  made from a top and bottom board, the top (main) board is common across the games, but the bottom (game) board can vary game to game.Each game has an encrypted sound cpu.Here are hardware specs:

With these premises I begun my troubleshooting on an Undercover Cops and GunForce PCBs.

I bought the first as faulty: 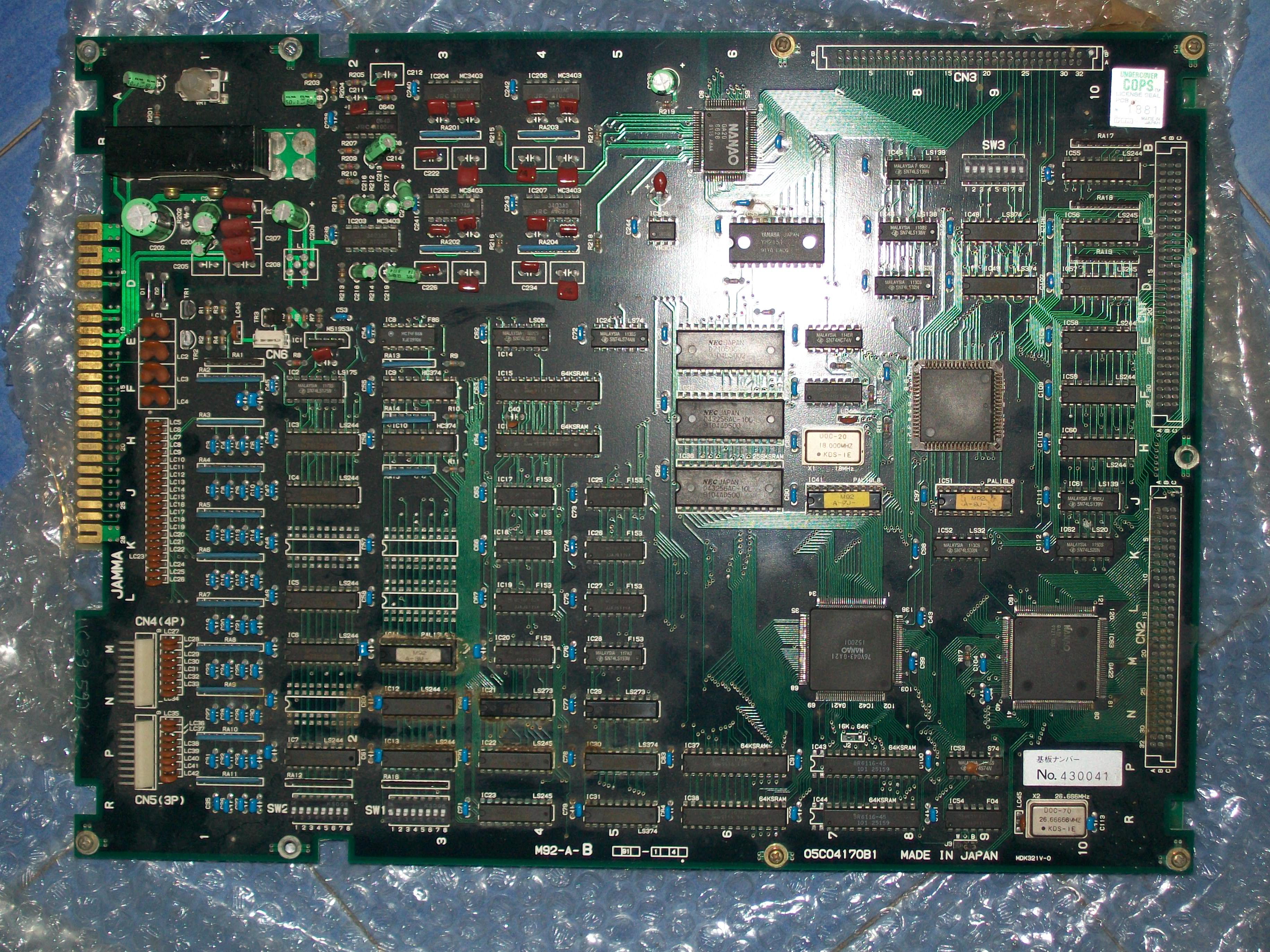 Seller warned me about severe corrosion in some area of PCB, this was confimed once received the board, it seems like the board has been stored in a very humid place : 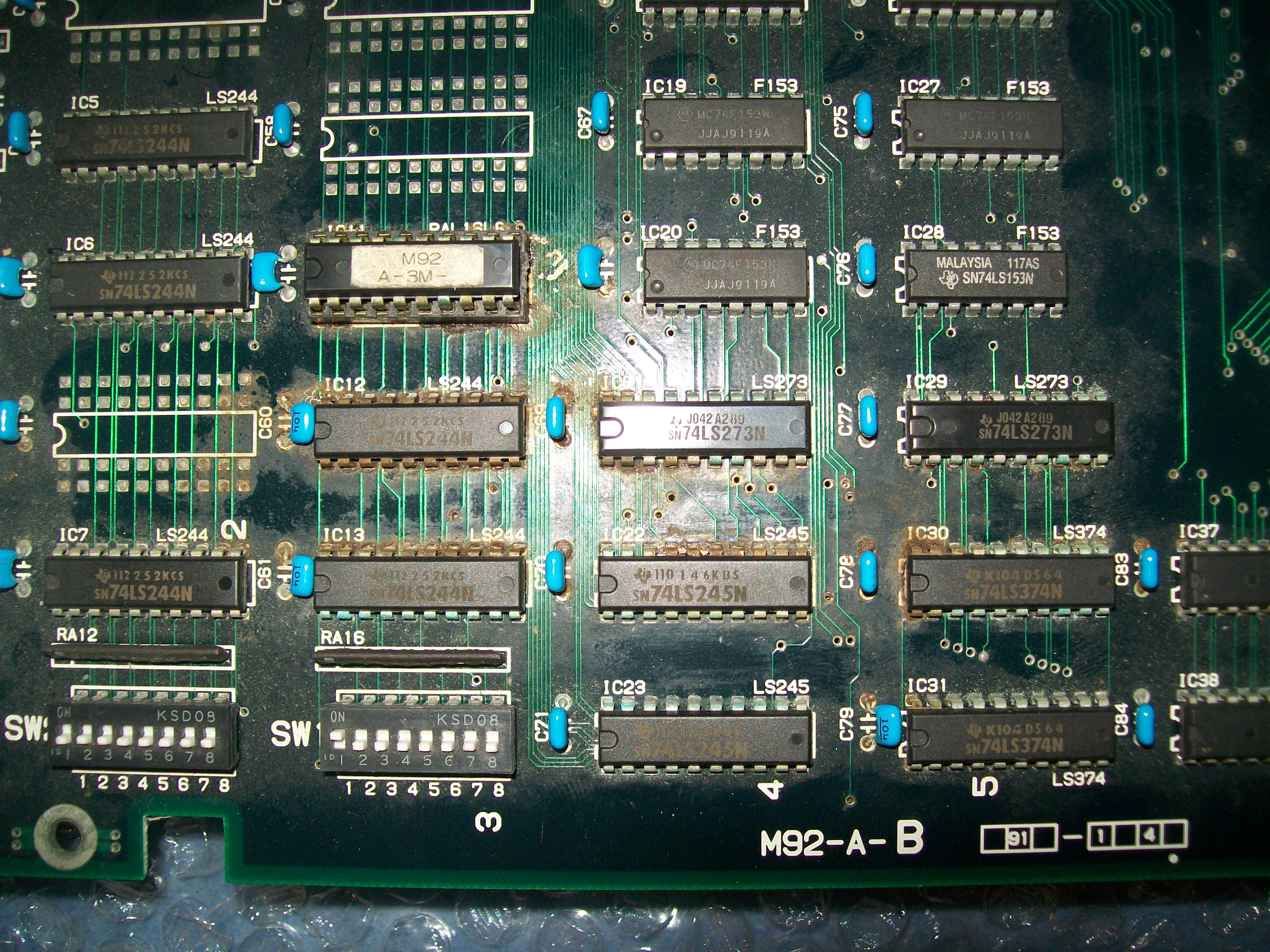 Anyway, once powered it up I got this:

Game actually played blind.I noticed that if I pressed the PAL marked “M92-A3-M” @IC11  graphics were restored in a bad way though: 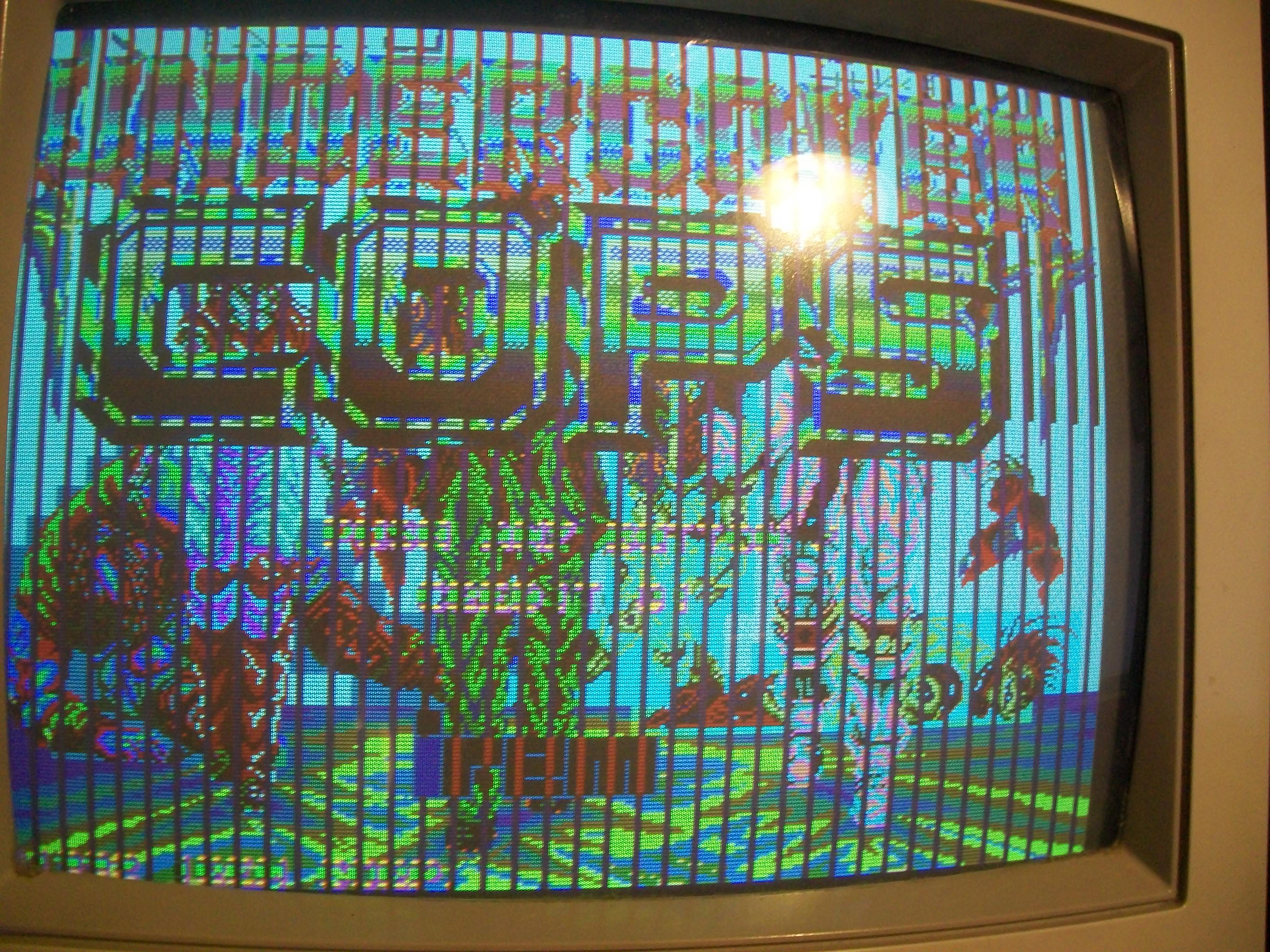 This was not a case since this PAL was located in the corroded area so I decided to remove the socket.Underneath I found this scenario: 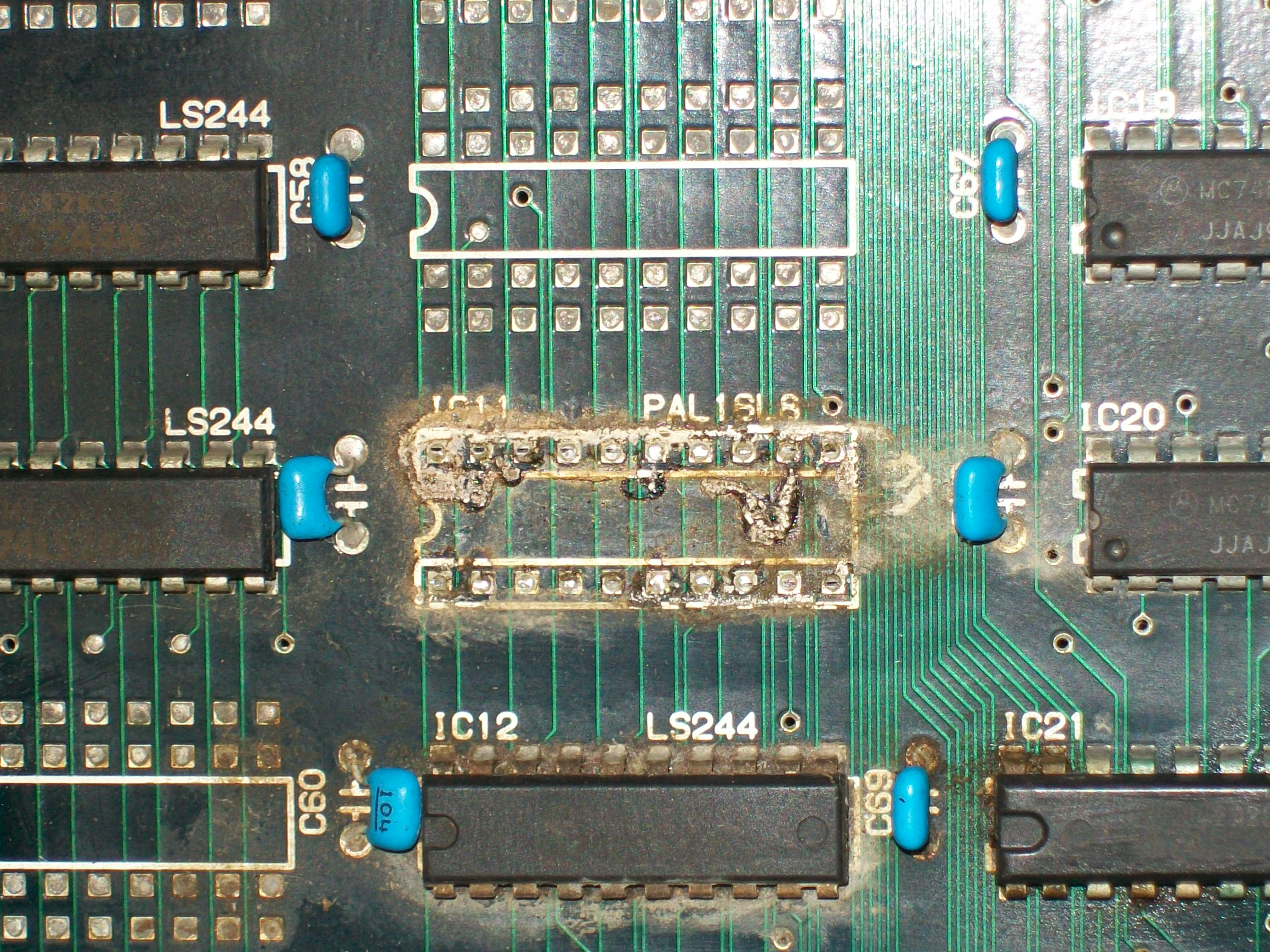 After cleaning from corrosion, I checked all the connections and found a missing contact bewteen pad of pin 8 (an input of the PAL) and its trace which I promptly patched with some kynar wire: 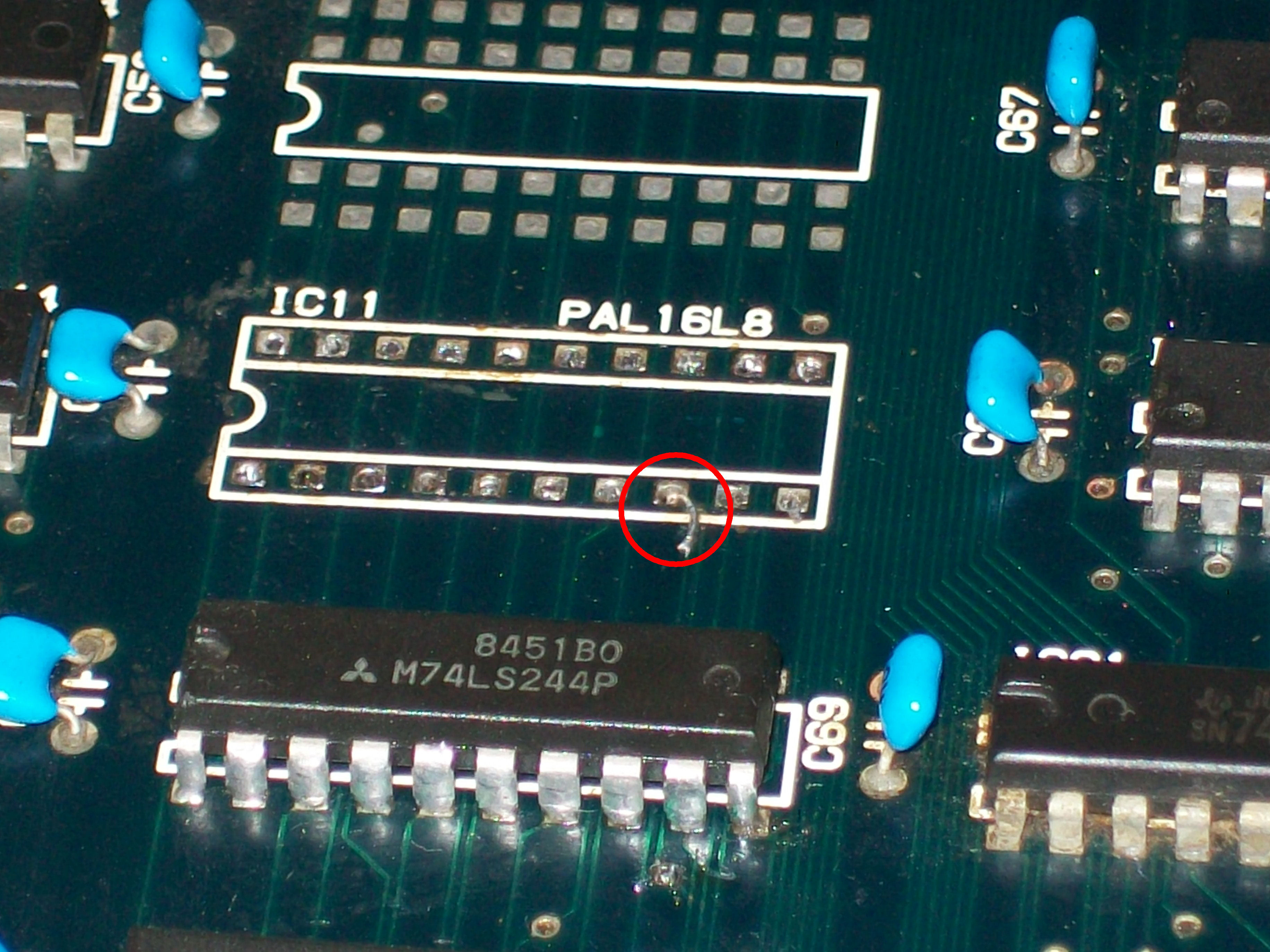 With this fix graphics were almost good but there were jailbars all over the screen: 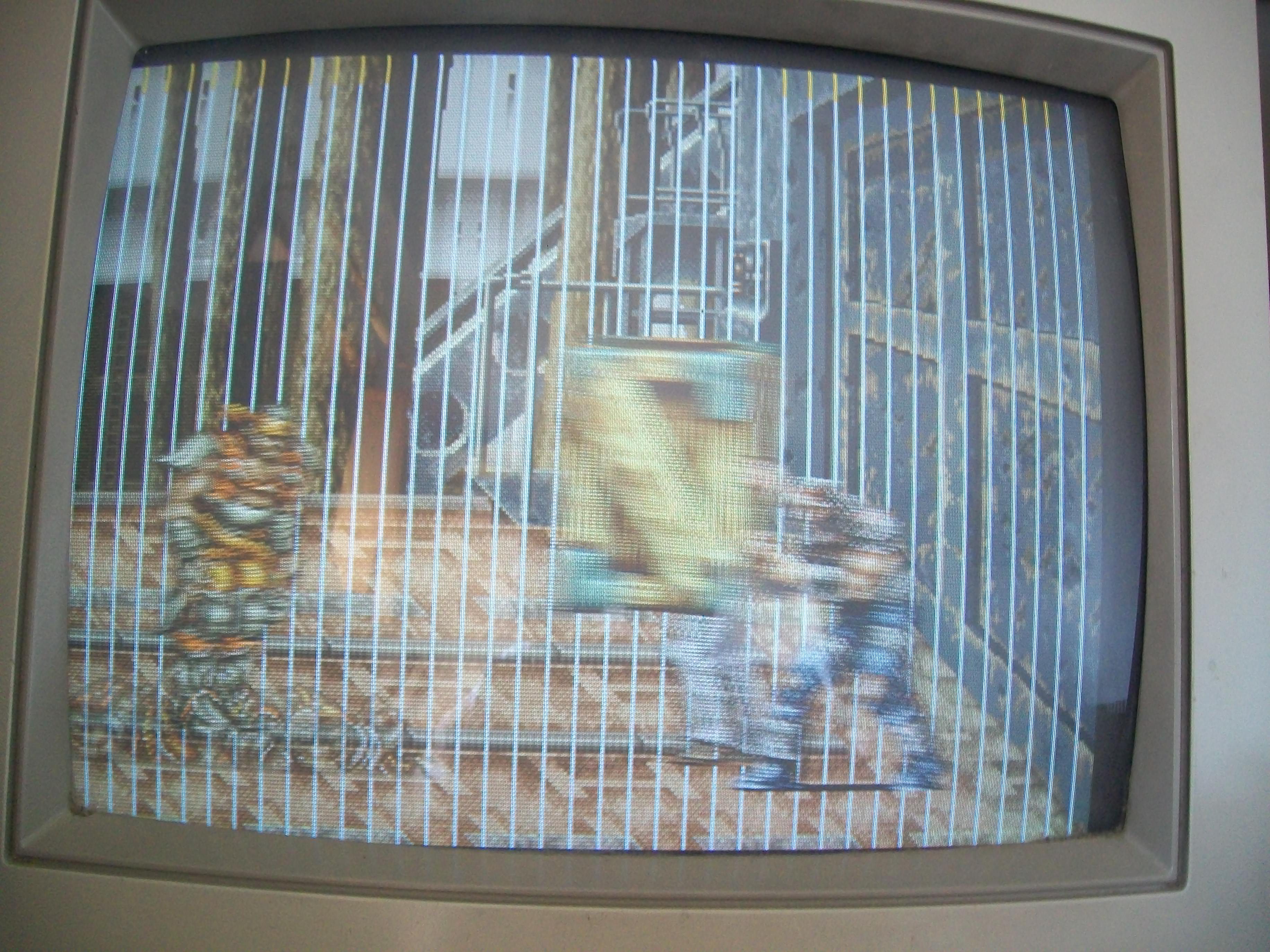 Again, pressing a specific area of the PCB restored graphics temporarily so I started to look around until I was able to locate the cause of that issue: 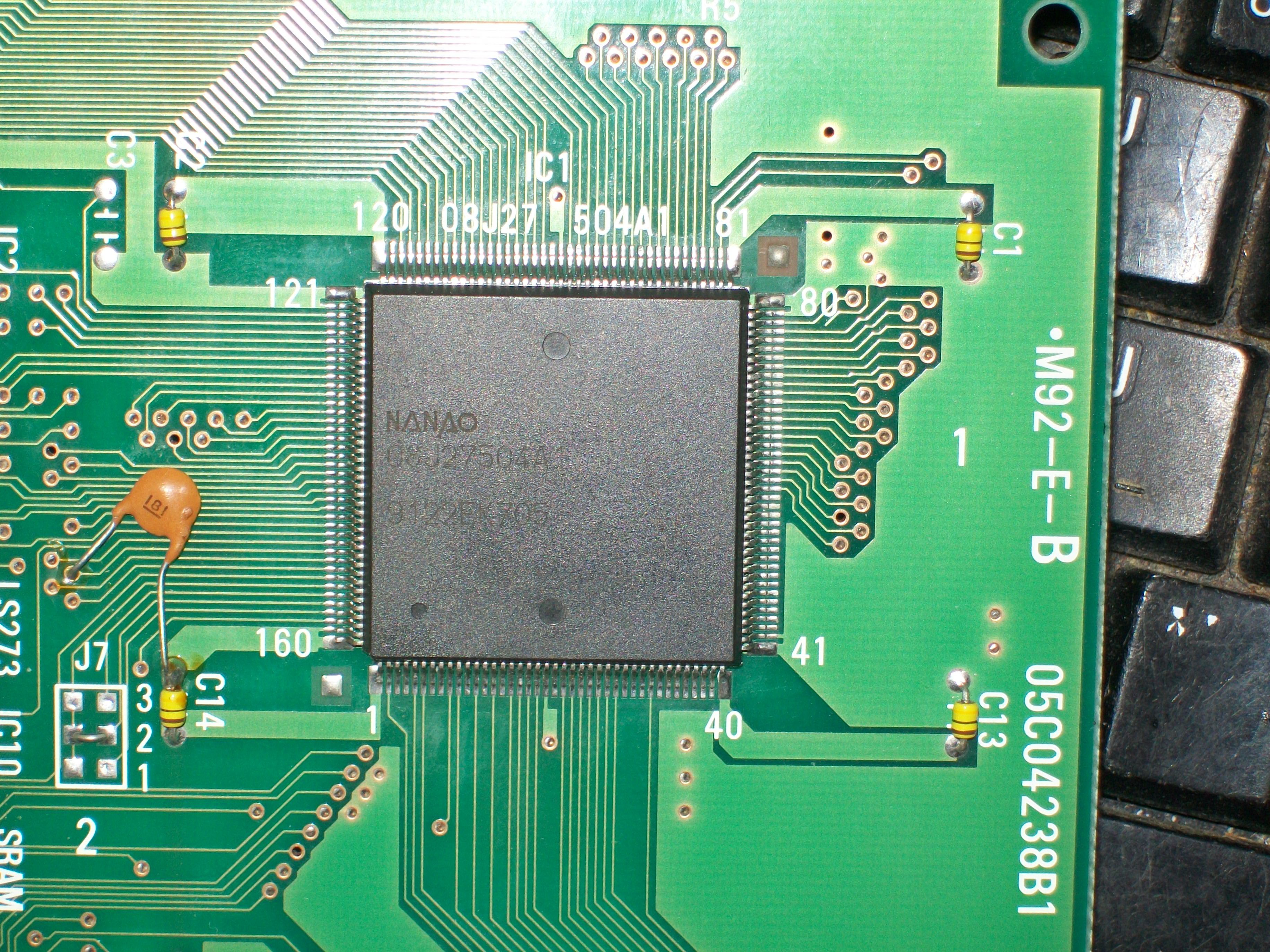 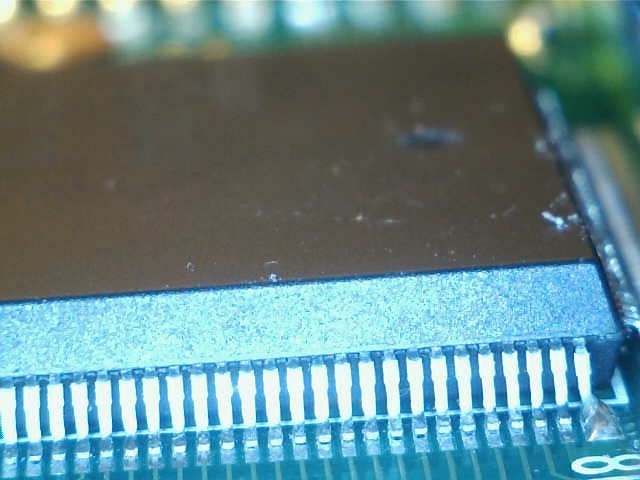 Several pins of a custom ASIC on the video board were lifted.Since the pads were corroded too,a reflow was not enough to ensure a good soldering so I decided to reinforce it using some pieces of AWG3o wire : 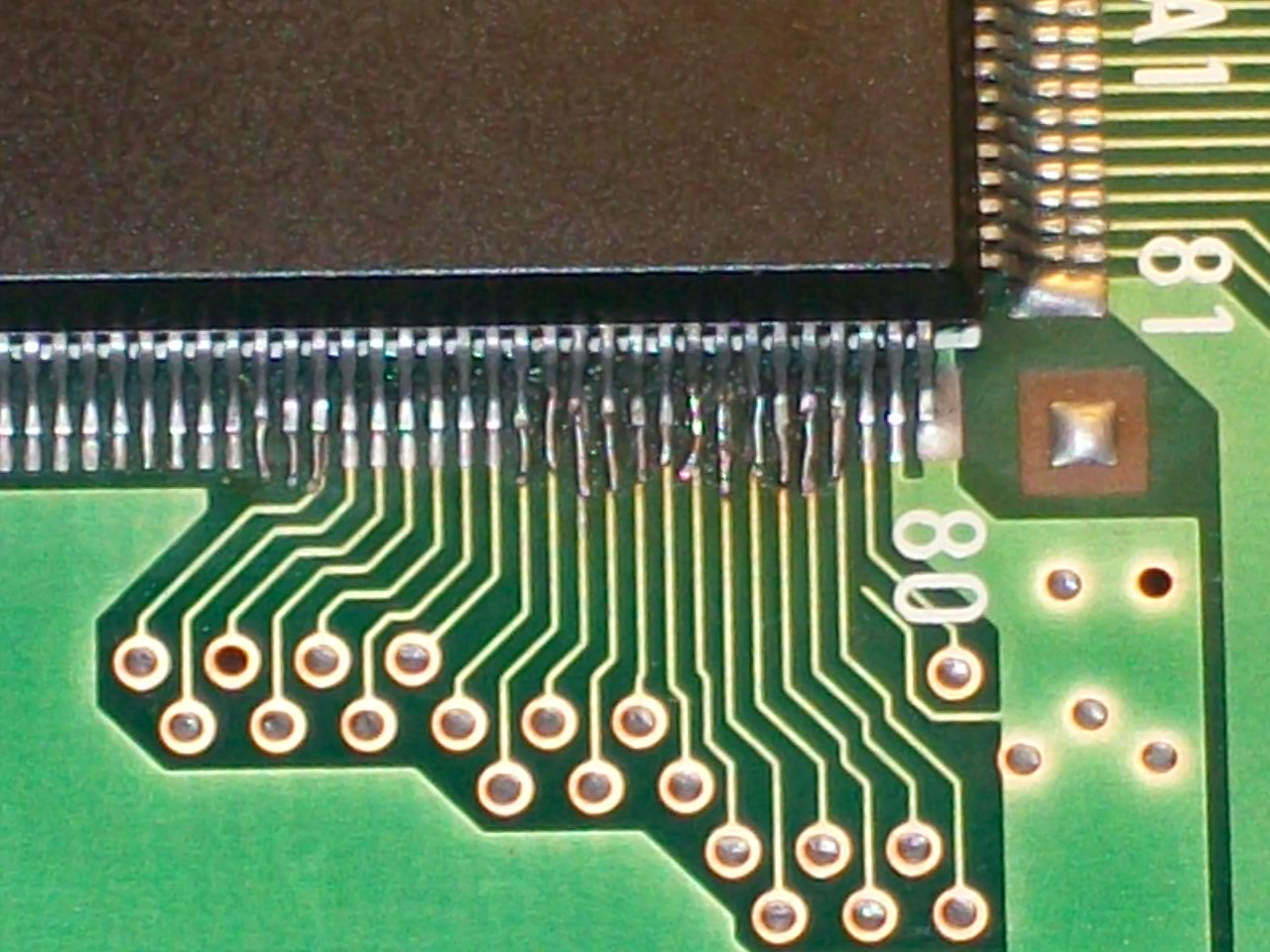 This fixed this first M92 board completely: 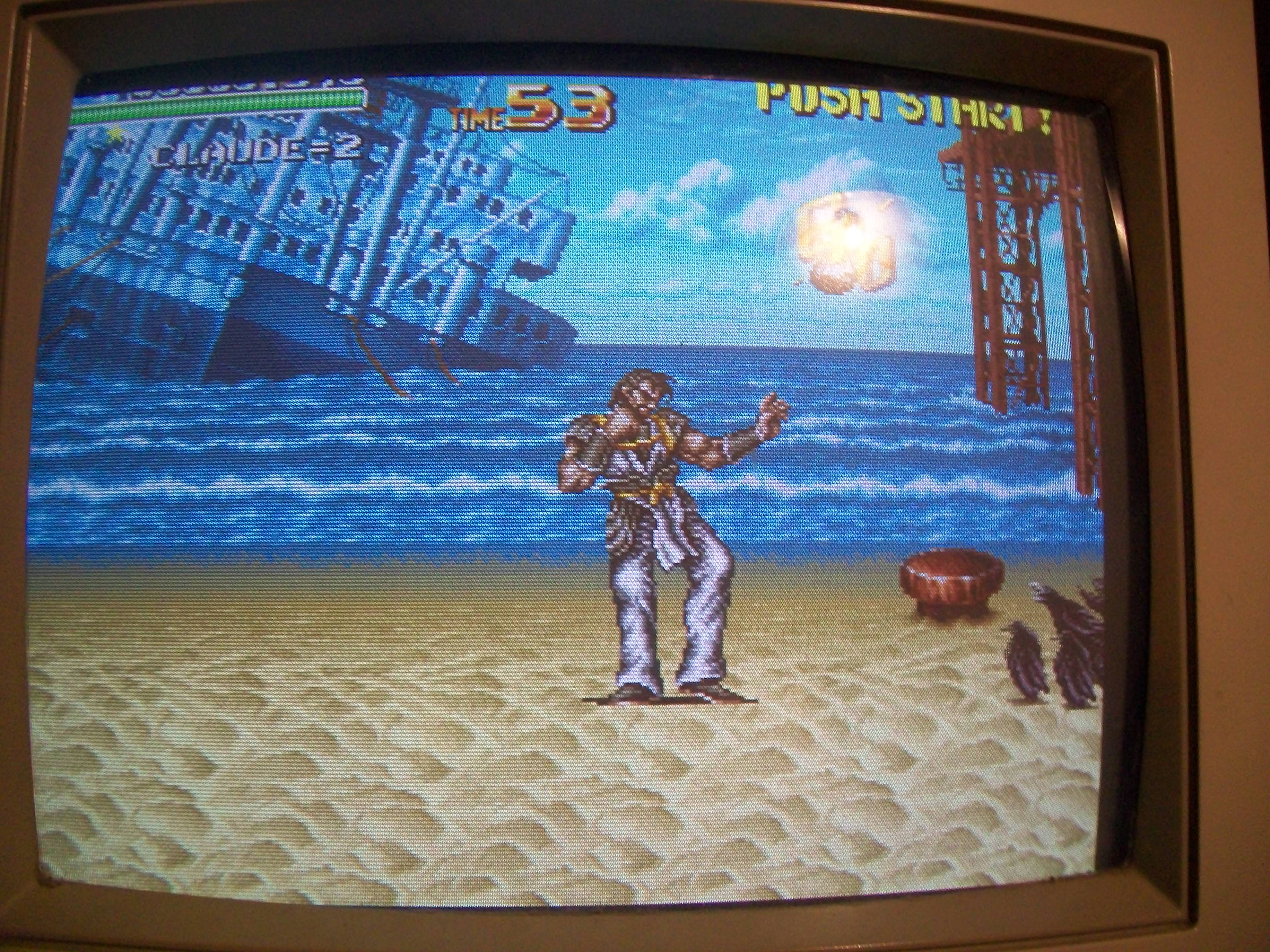 So I moved on the GunForce PCB: 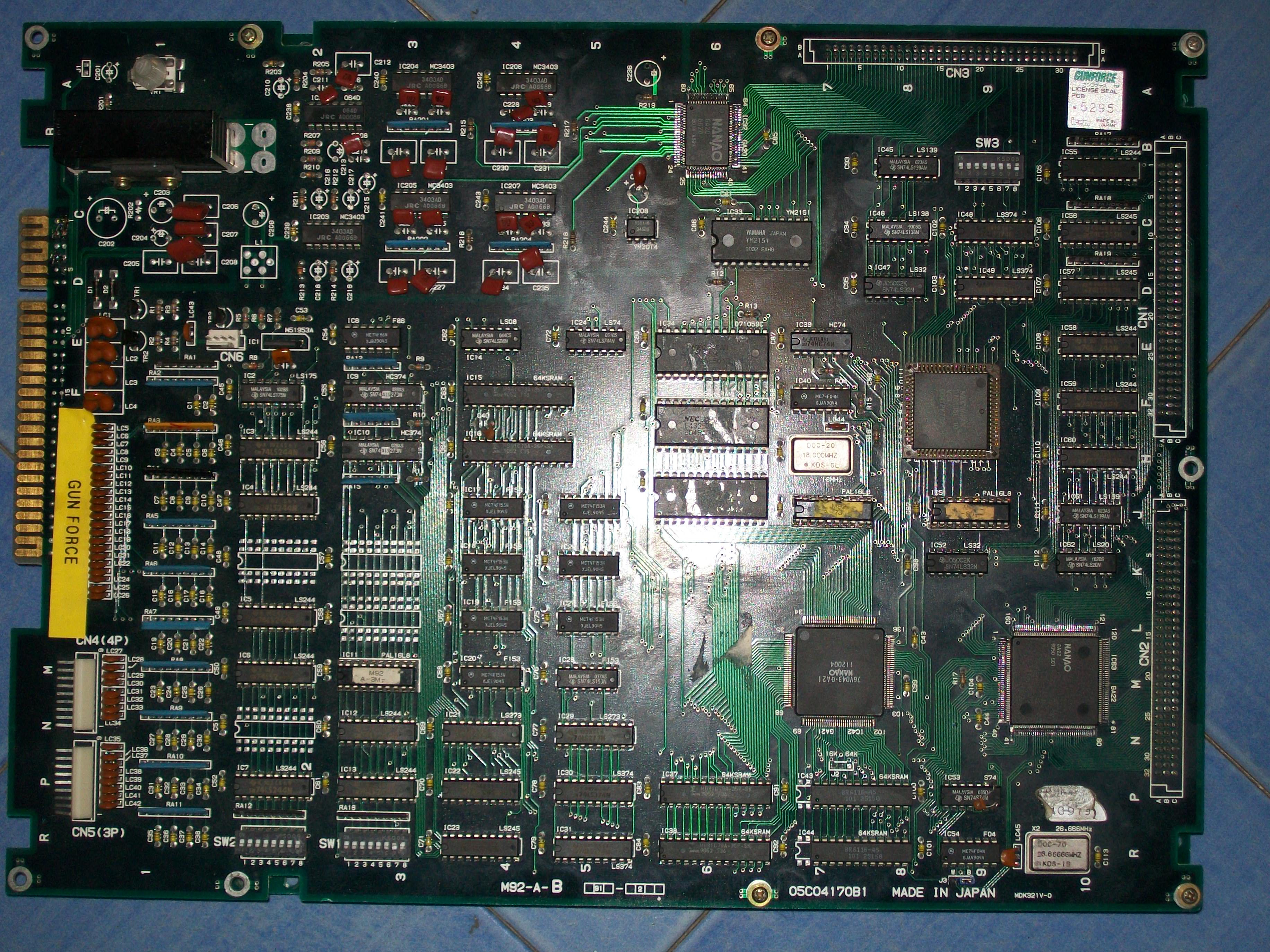 First thing I noticed after my visual inspection was the lack on many electrolytic capacitors in the audio circuit: 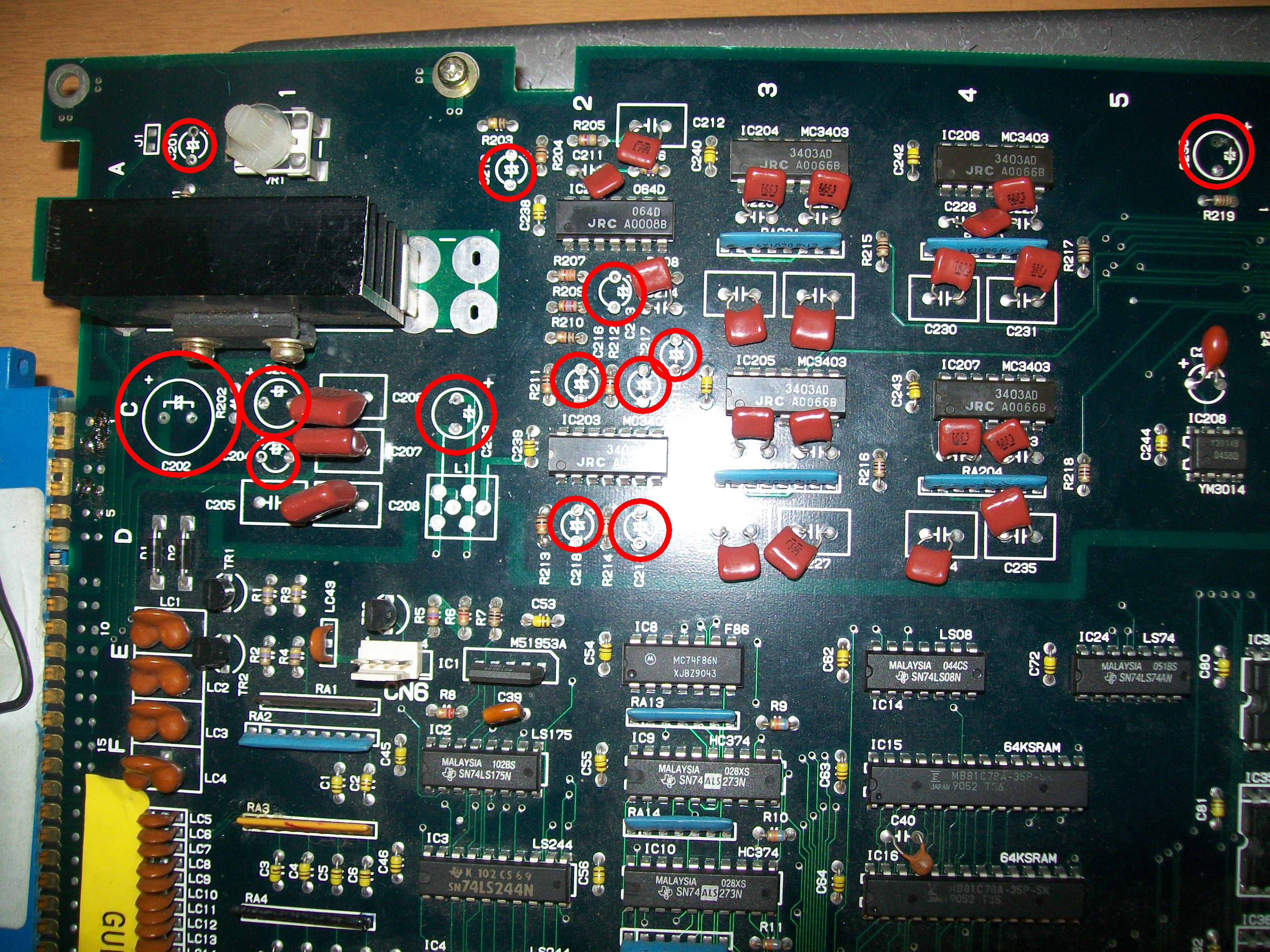 Board booted up but video as disturbed and a rustling sound was present on backgorund :

Usually this issues are caused by increased ESR of elecrolytic capacitors which inject disturbs on video circuit as well.The previous repairer thought about this and therefore removed all the electrolytic capacitors but this didn’t cure the problem.But He forgot to check the main amplifier: 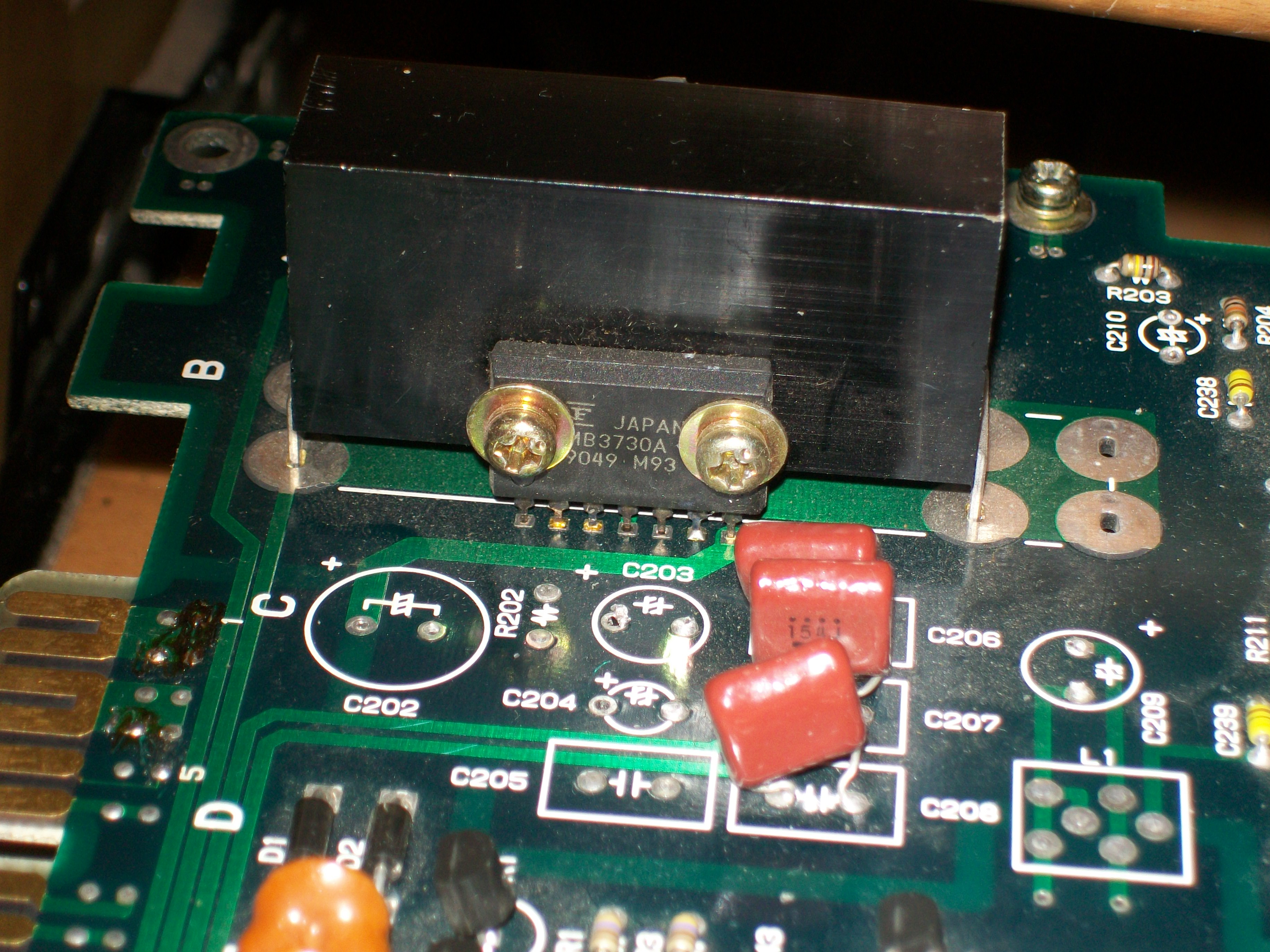 Probing in AC the +12V line with my scope confirmed that ripple was present: 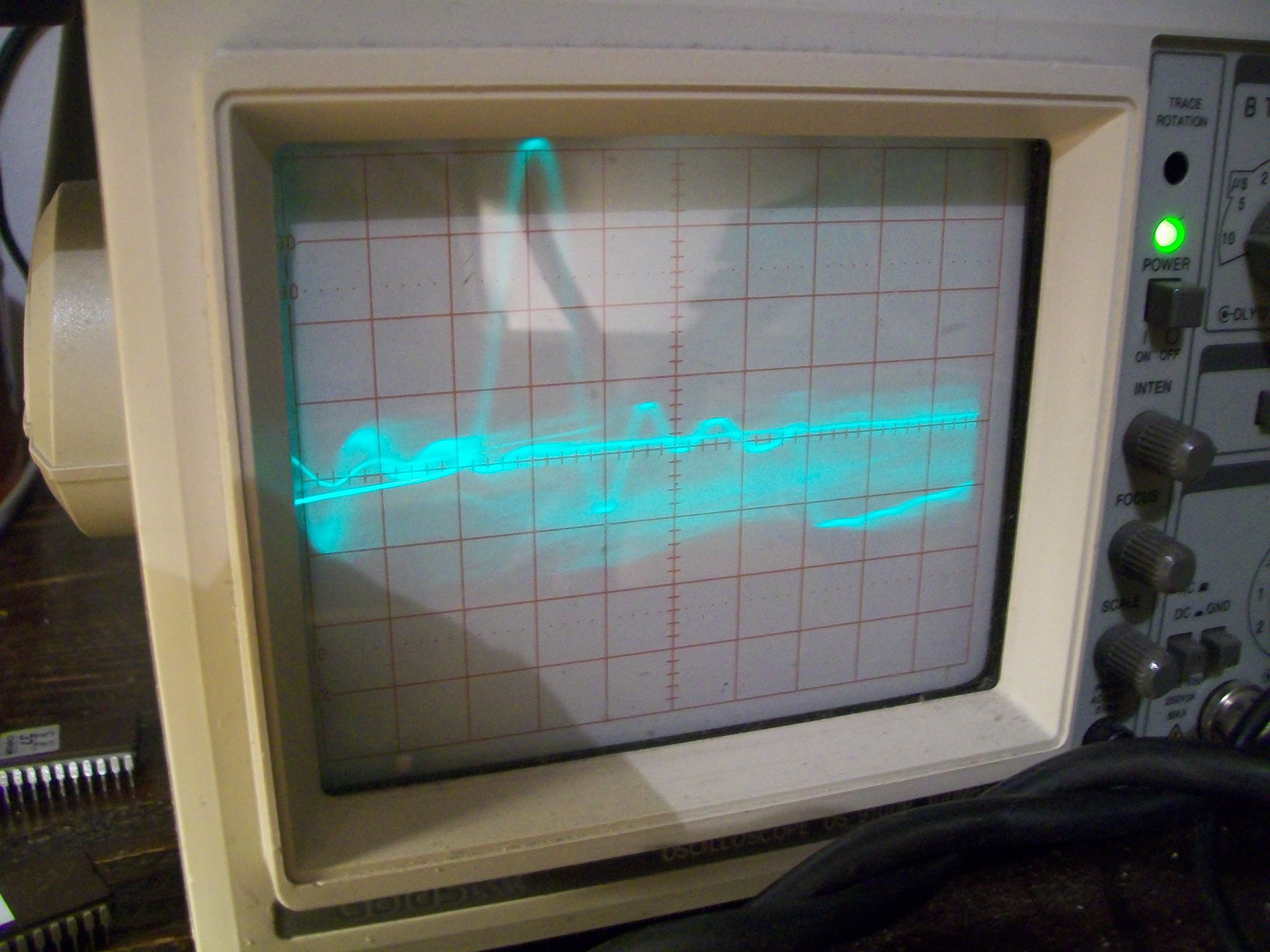 If I excluded the +12V from my supergun the video became normal and no more rustling sound.So, since on PCB there was no other component connected to this supply line, the amplifier was most likely the culprit.I removed it : 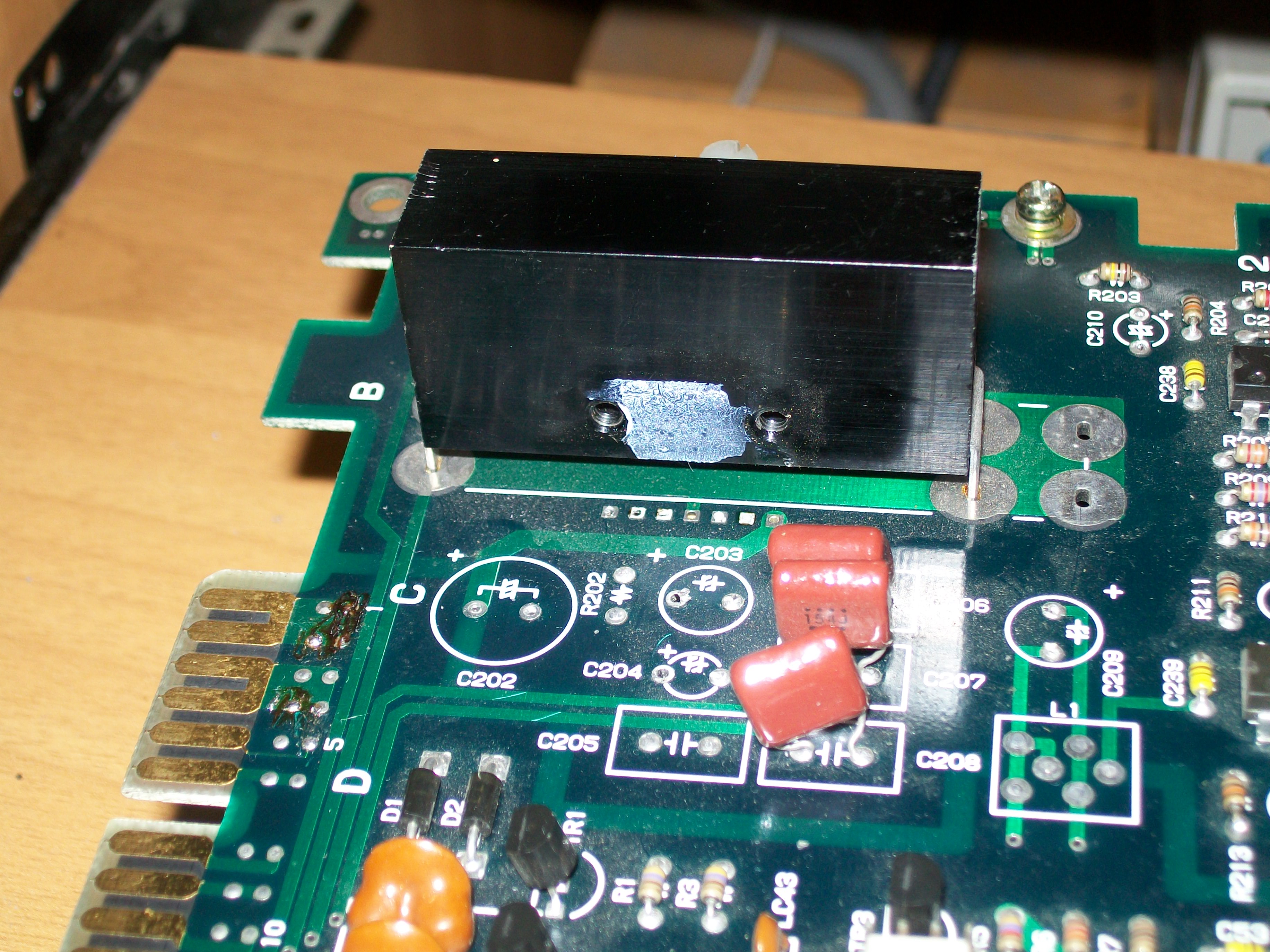 After fitting a good amplifier and all the missing capacitors, the video and sound were perfect but other two issues were present : the controls didn’t work and sprites were glitched.As for first issue, it was due the fact someone replaced a couple of custom resistor arrays with normal 4.7Kohm ones: 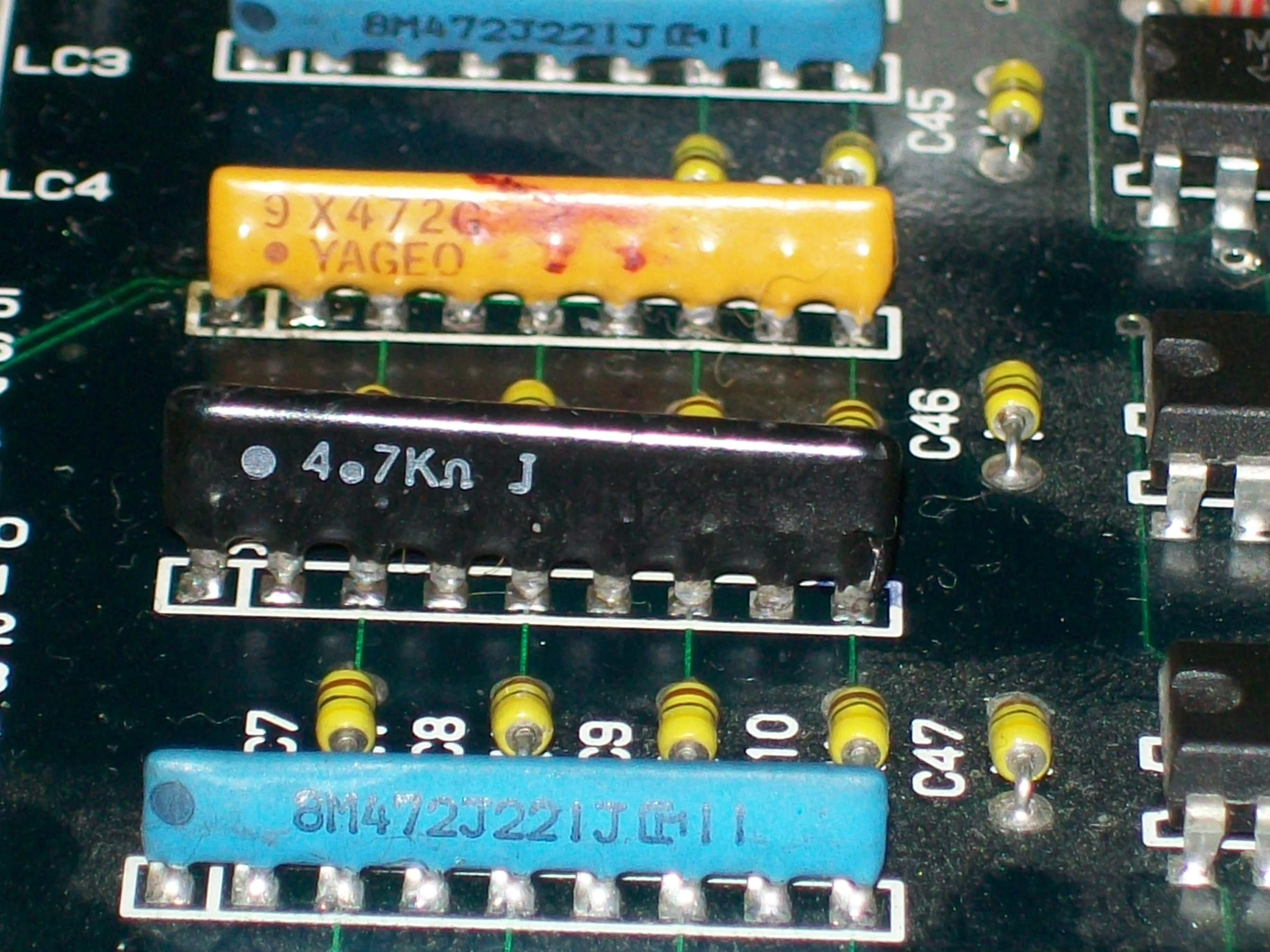 Like the ‘8M472J221J’ part name said, the original array is a mix of 4.7KOhm and 220 Ohm resistors.Not having other spare parts, I opted for a custom solution keeping the 4.7Kohm array and mounting some SMT 220 Ohm resistors on solder side:

This worked perfectly, controls were responding  so I moved on to troubleshoot the sprites issue: 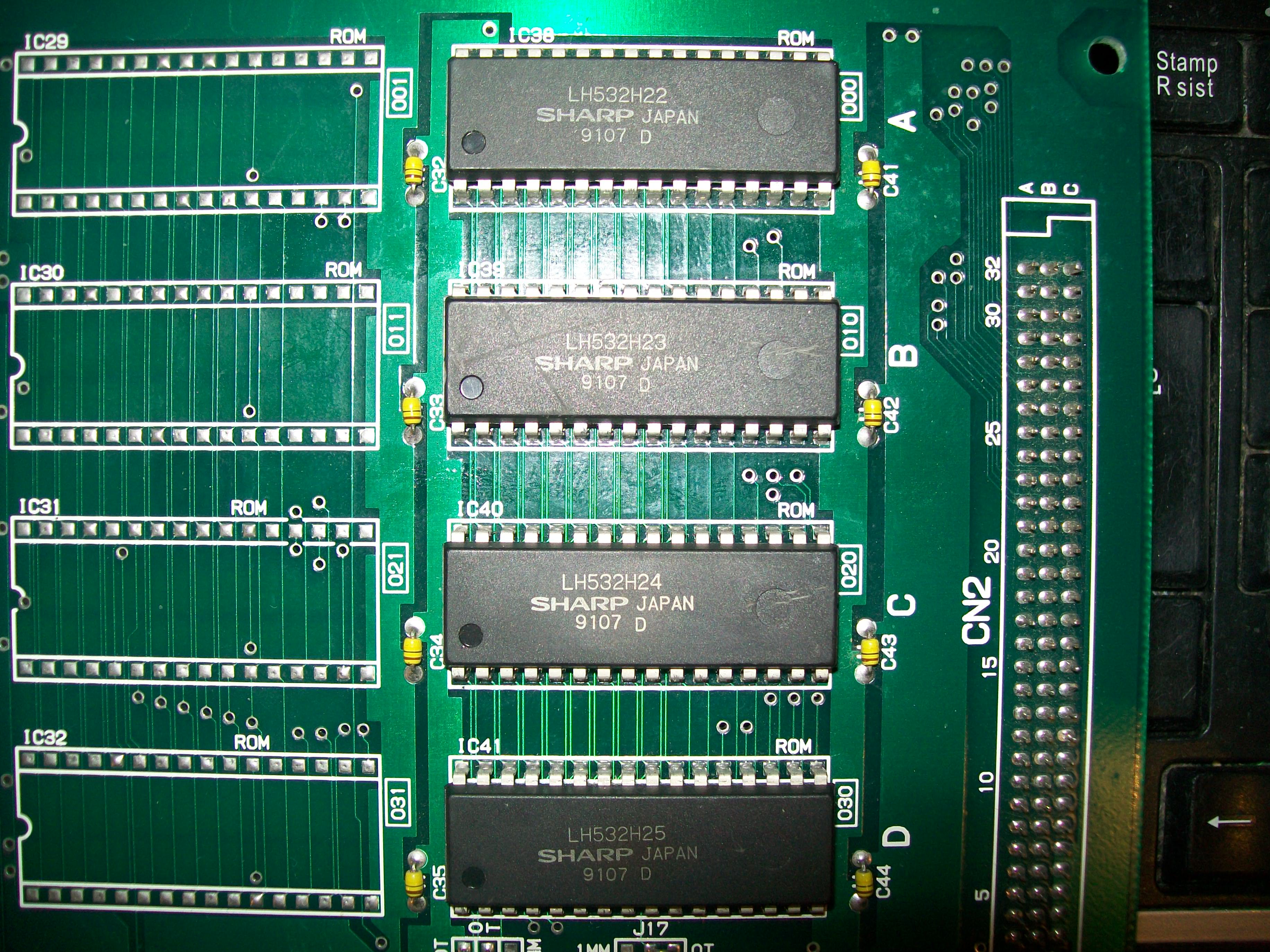 I reprogrammed a 27C020 for each ROM file in order to do piggybacking.When I did it on the one @IC41 glitches vanished.I removed the device: 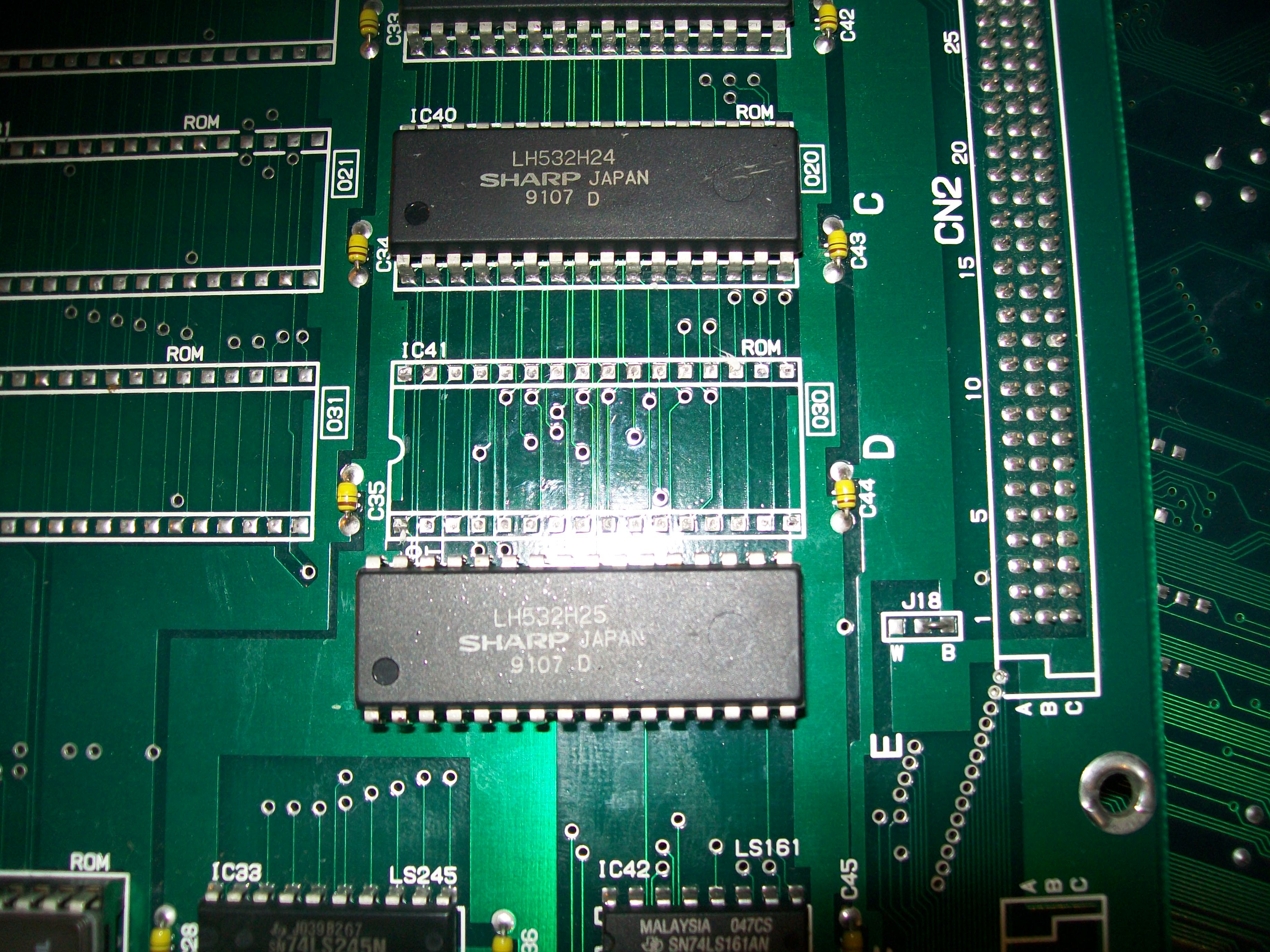 My programmed warned me about a bad contact on pin 31 while I was reading it: 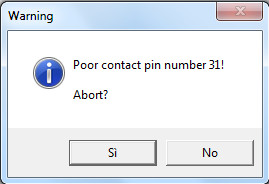 I socketed and replaced it : 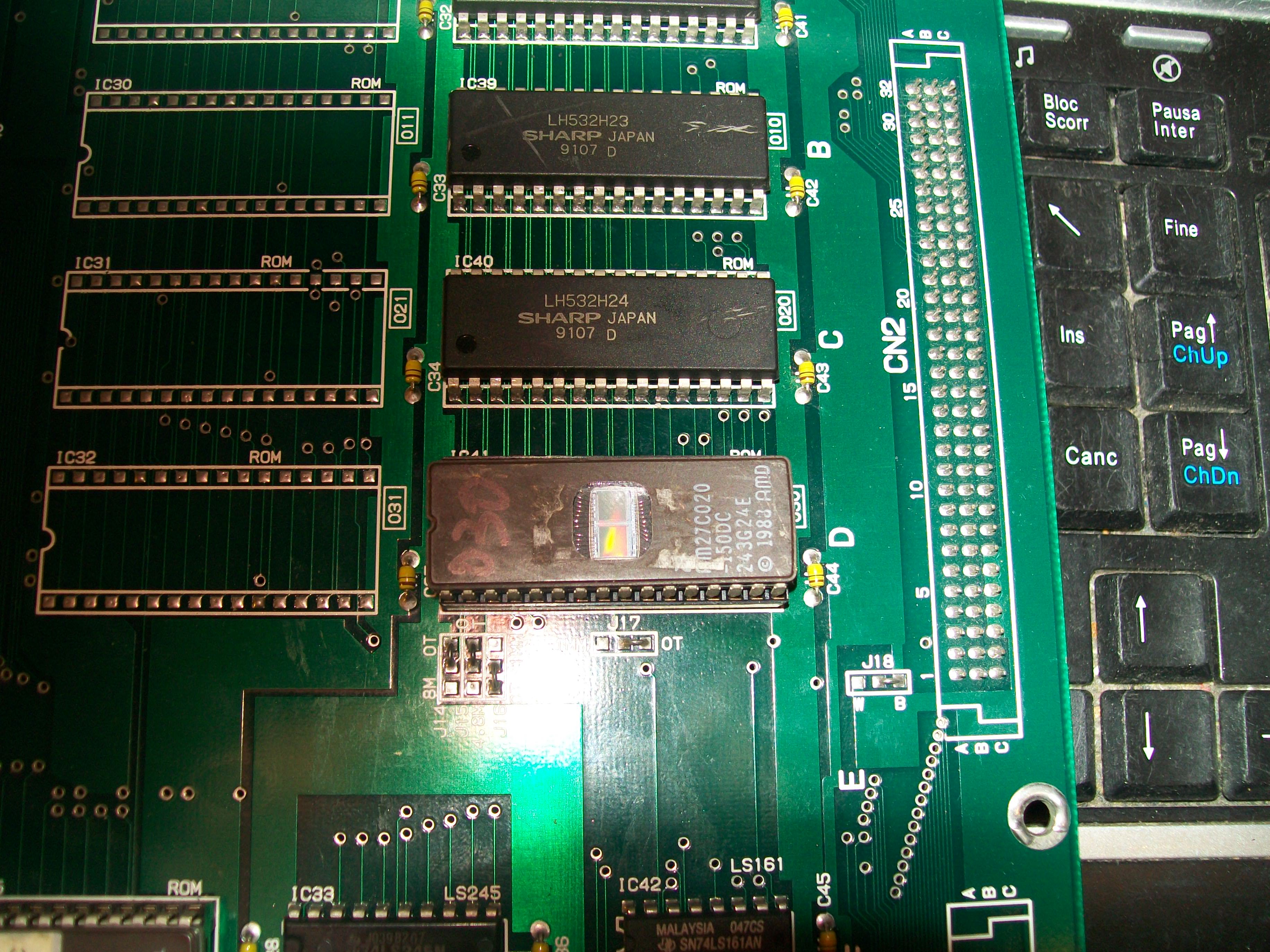 100% fixed!End of this double Irem repair.