I got this Bonze Adventure (actually, it ended to be Jigoku Meguri, the japanese version) PCB as gift from my friend Silvio: 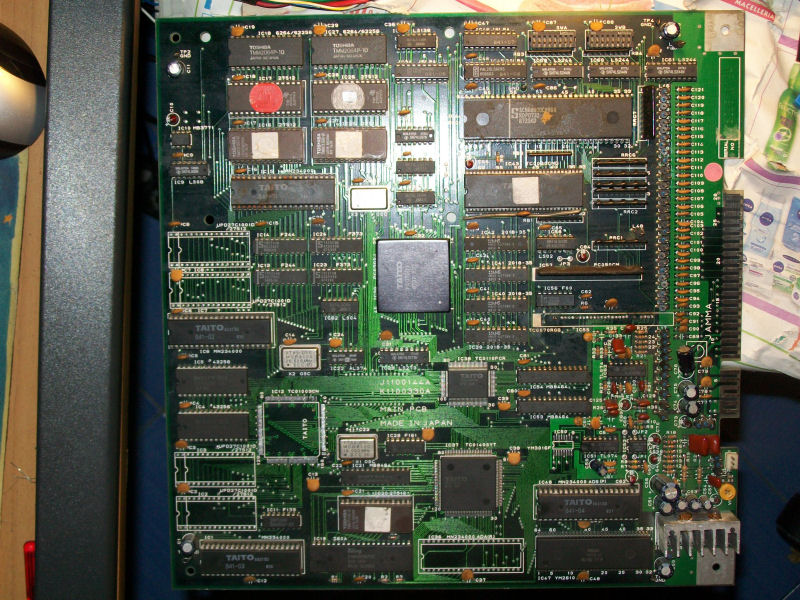 Board was in decent state but it was missing the YM3016F DAC and the TC0100SCN tilemap generator :

so I used a Drift Out faulty PCB as donor for these two ICs.

Besides, some pads of the TC0100SCN ASIC were missing and the RGB module TC0070RGB fell off in my hands once I touched it.I rebuilt missing pads using some AWG30 wire and I exposed the TC0070RGB pins using my Dremel in order to  solder new legs: 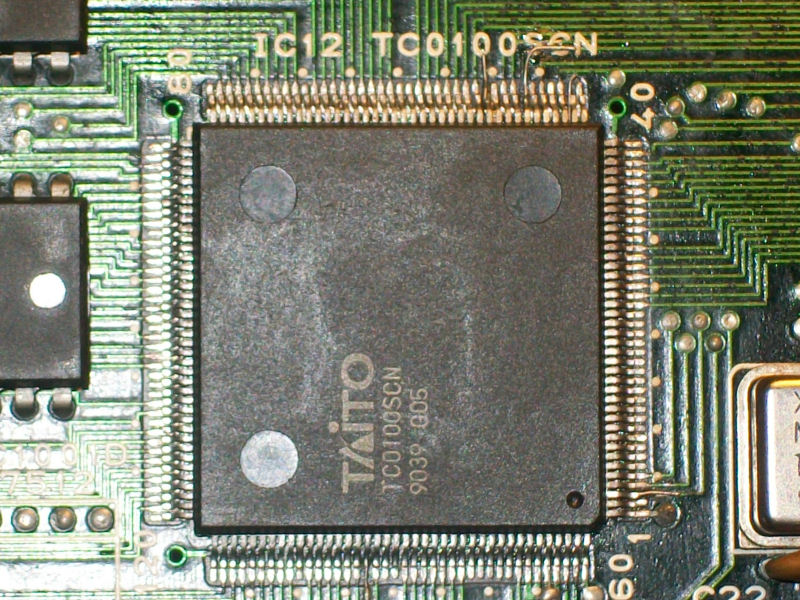 RGB module doesn’t use a standard 2.54mm pitch but 1.77mm so I used an half of a 64 pin S-DIP socket for its installation on PCB:

All was set and ready for powering on the PCB.Once done, I got a solid black screen but all activity on 68000 adreess/data bus seemed fine.So I’ve started to think about a video RAM failure and I piggybacked a 62256 RAM over the one @IC4 which had some data lines stuck HIGH, this was the result: 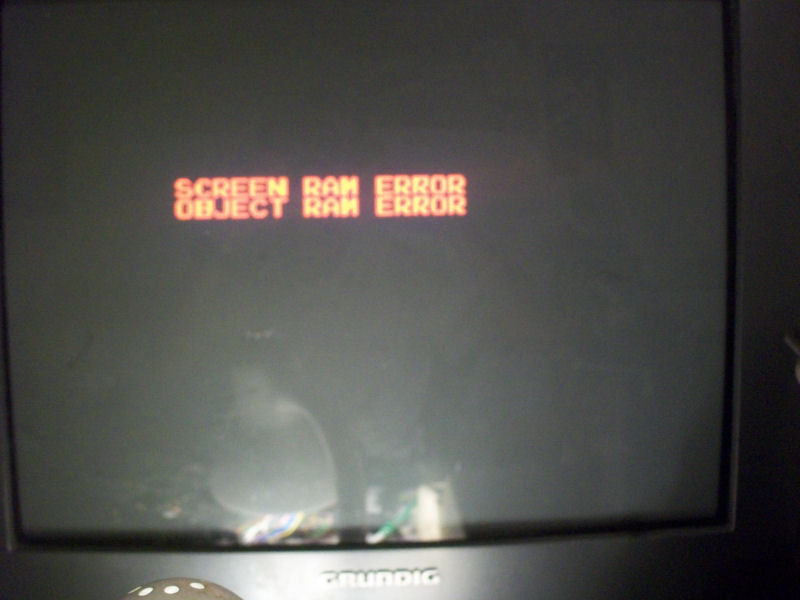 so I desoldered it and tested out of circuit resulting as showed: 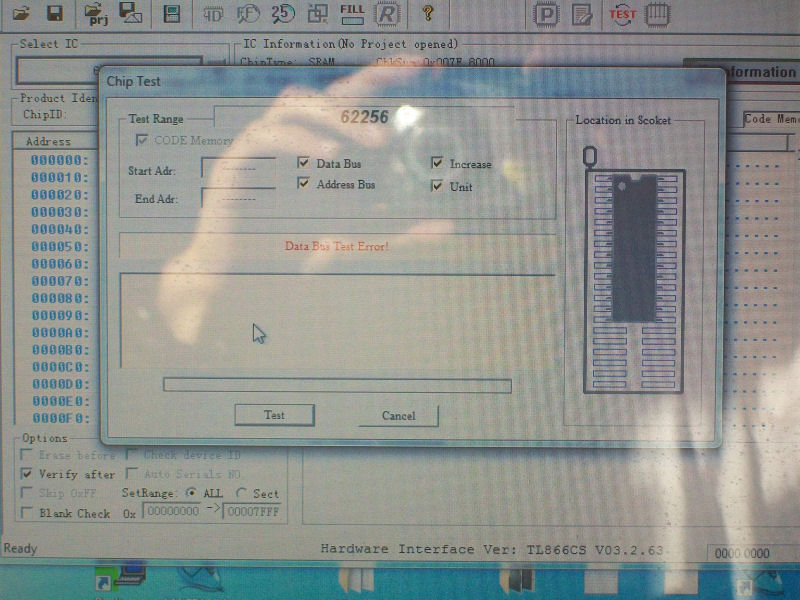 But, though I replaced this RAM, I got the same error.So I remembered that my friend Silvio told me a lot of Bonze Adventure had both the tile RAMs bad so I decided to desolder also the other one 62256 RAM @IC5 and he was right, it  was really bad!

Fitted another good one and  :

I could enjoy this weird game!Thank you again , Silvio, for donating me this PCB and  for your precious advices! 🙂