Got this Rainbow Islands bootleg yesterday.
The game worked when I tested but was told about a dodgy ribbon connector before buying it so decided to take a look. Not sure what happened after that but the board refused to boot.
After finding a few stuck address lines I decided to check the program ROM’s. Found 3 that would not read properly so I replaced them.
In MAME it lists 2 of the program ROMs as being from the genuine Rainbow Islands set but these are double the size so needed to be split into 2 files and burned to 27512 EPROMs. 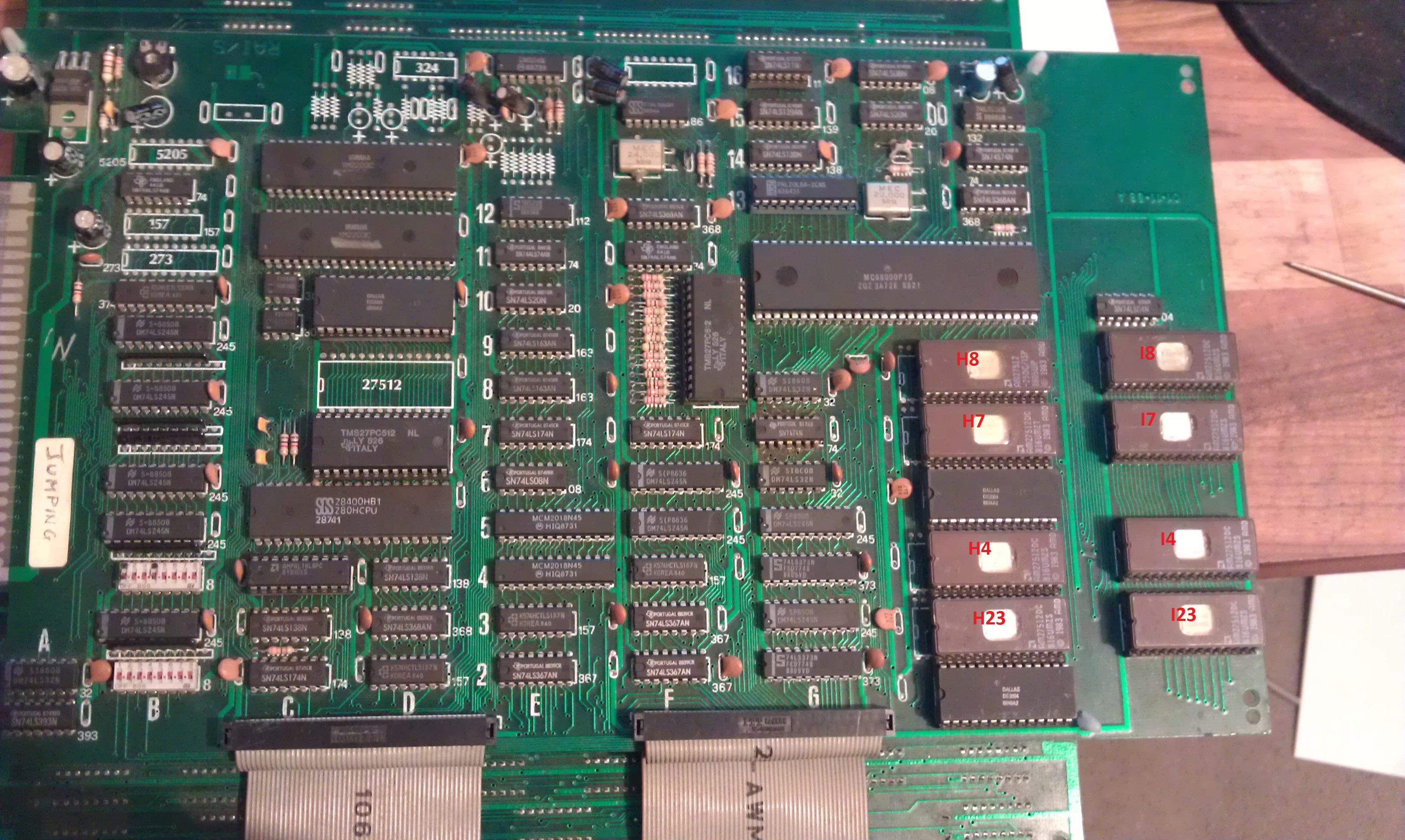 Probably worth mentioning that if you use the older 2005 ROMIdent program then the dumps from Jumping actually show up as 2 separate ROMs. Must have been like this at one time.
Booting up now gives me a screen of garbage 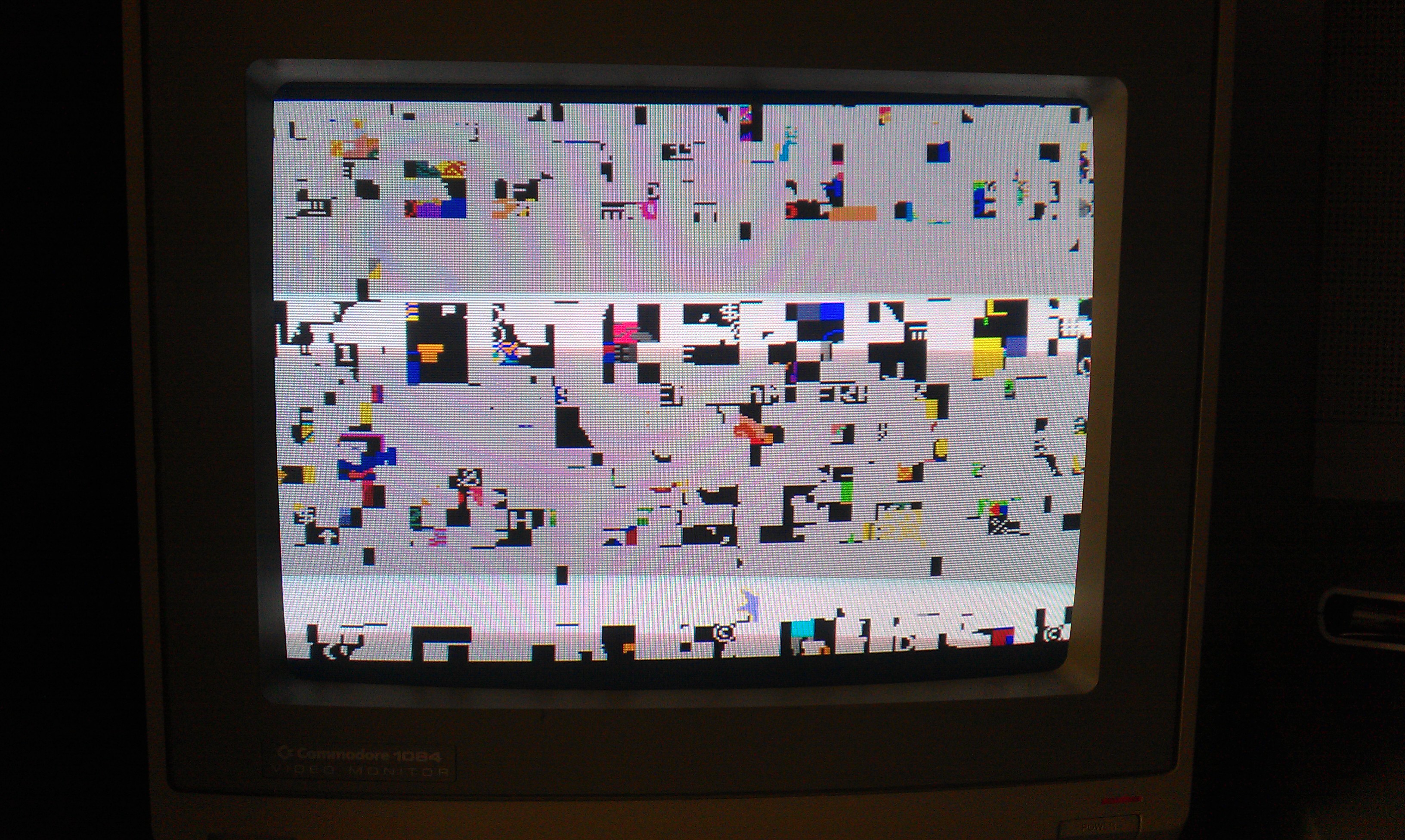 Every now and then I could make out a “SCREEN RAM ERROR” message. The screen RAM is located on the second board and suspected this is what happens when the ribbon connector got a bit wrong but couldnt get the game to boot again no matter what I did so I decided to socket the 68000 cpu and see what was going on, kinda wish I hadnt now as I got this 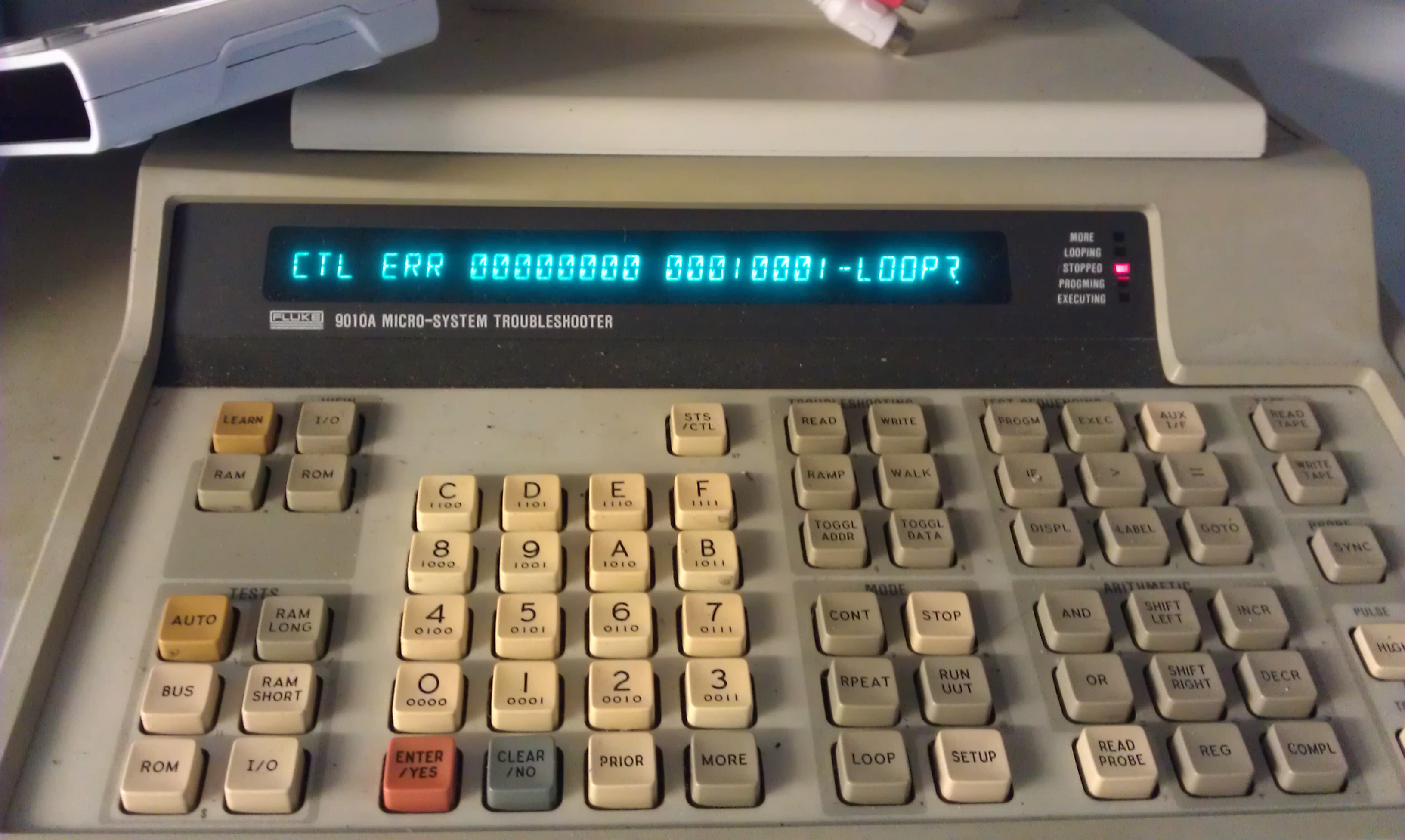 Accepting the error just kept flagging more “tied bits” errors. Turns out this was a red herring as these lines are controlled by a PAL20L8 chip and everything passes if this is removed. Wasted a little bit of time on this.

After taking a careful look at the connector it turns out the plastic housing that holds the ribbon cable in place was damaged and this allowed the ribbon cable to come away from the pins. I properly reseated the cable and tested, the board now fires up in all its crazy bootleg glory 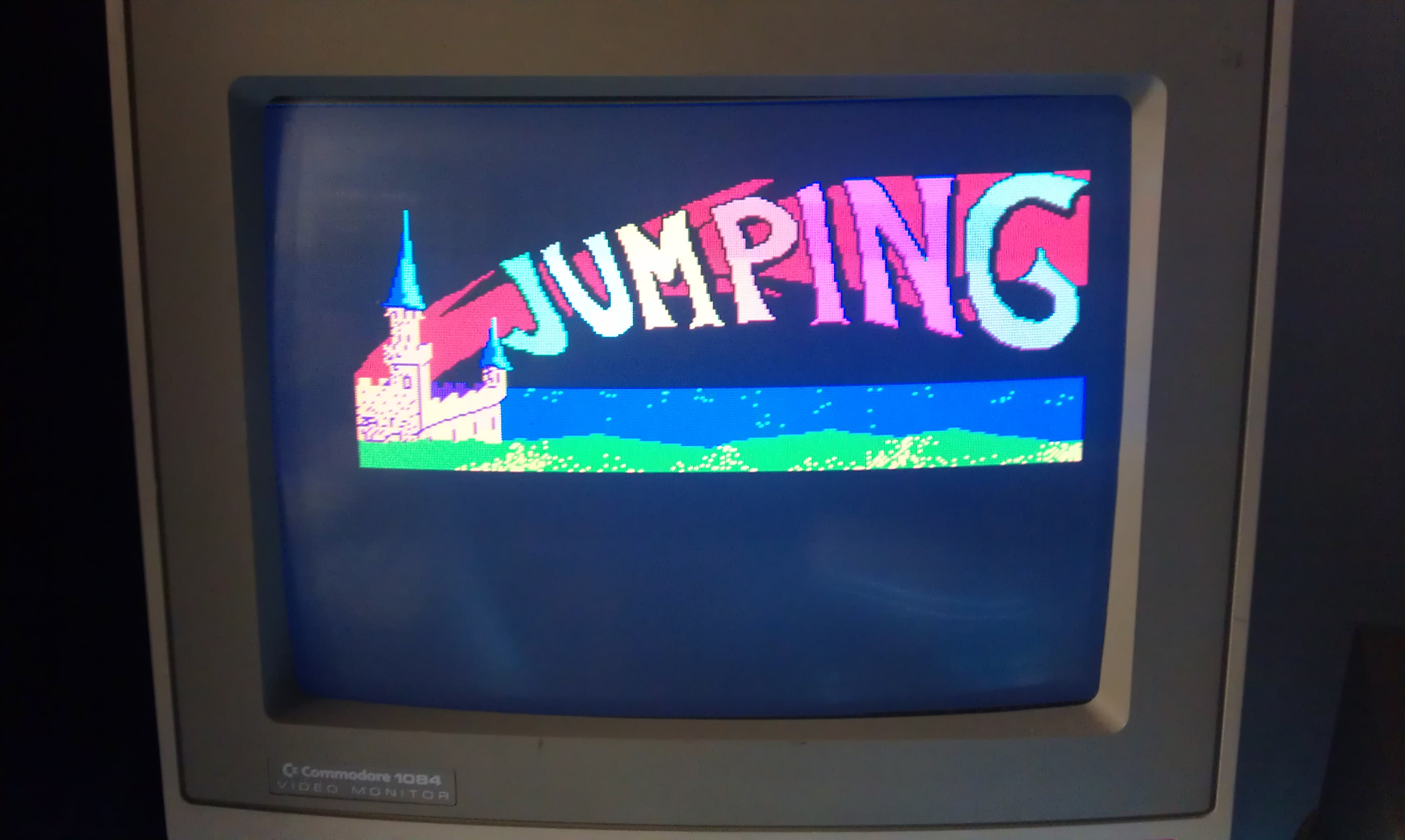 The game plays pretty much like Rainbow Islands does but some of the sprites and names are different and I think the secret rooms don’t work too well.

This game has 3 PAL chips on it, unfortunately all are security locked and I am only able to read 1 of them (might be able to read the one on the video board but never tried).