I bought this faulty original Jungle King PCB from a JAMMA+ forums user last year but I never had time to look at : 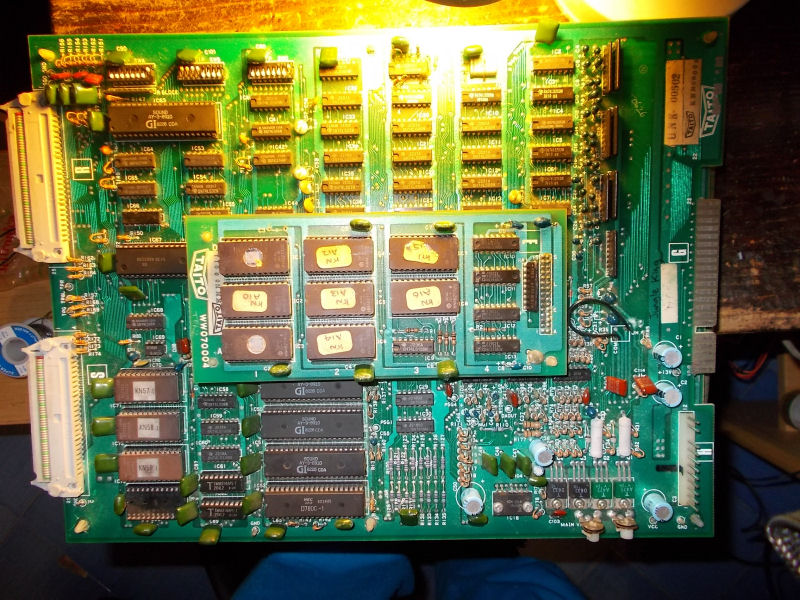 The game itself is a classic, I remember I was used to play it during my childhood in arcade rooms and on home computer.So, I decided to fix it once and for all.Time to build the needed JAMMA adapter (board use a separate connector for power) and I got this scenario on first boot: 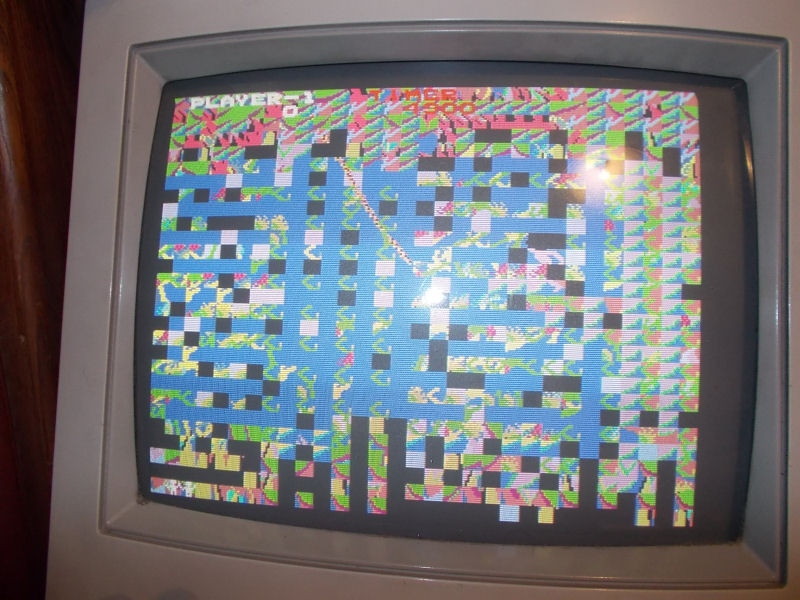 All the sprites were intact but background graphics were all messed up.The RAM test reported no problem : 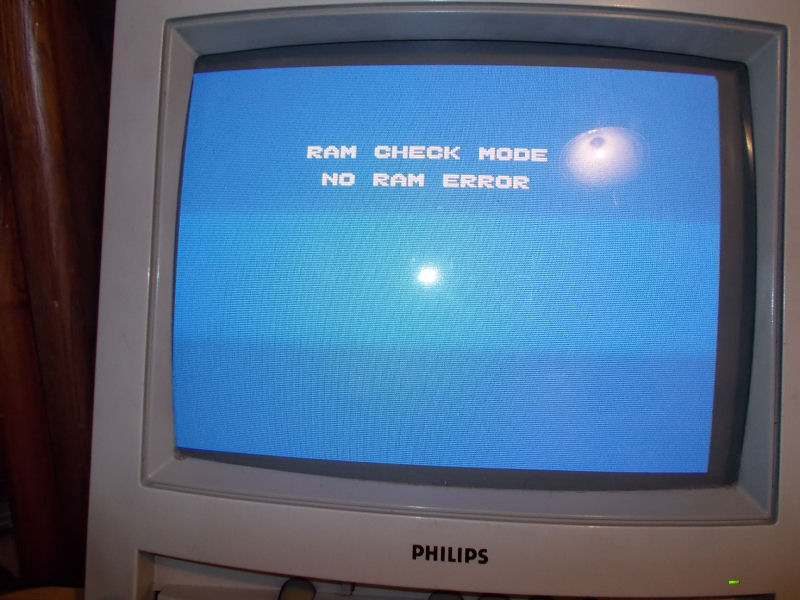 But, since all the RAMs on CPU and VIDEO board were already socketed, I want to test the chips out of circuit anyway and I found a bad 2016 @IC56 on CPU board:

With a good RAM fitted, the graphics were perfect now but the background music was absent, I could hear only the sound FXs.After some research I found that the CPU board was missing a ROM @IC52: 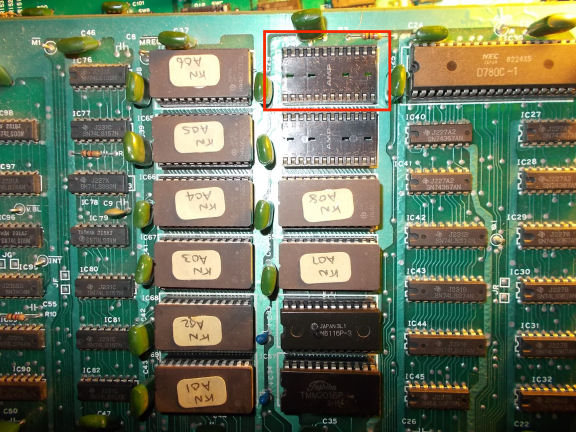 This ROM is, indeed, responsible of the music and only few games on same Taito SJ hardware have it so probably my board was a conversion from another game which didn’t use it (Elevator Action seem to be the common donor board).Anyway, antoher great classic preserved!