Got this original Juno First (by Konami) for a repair : 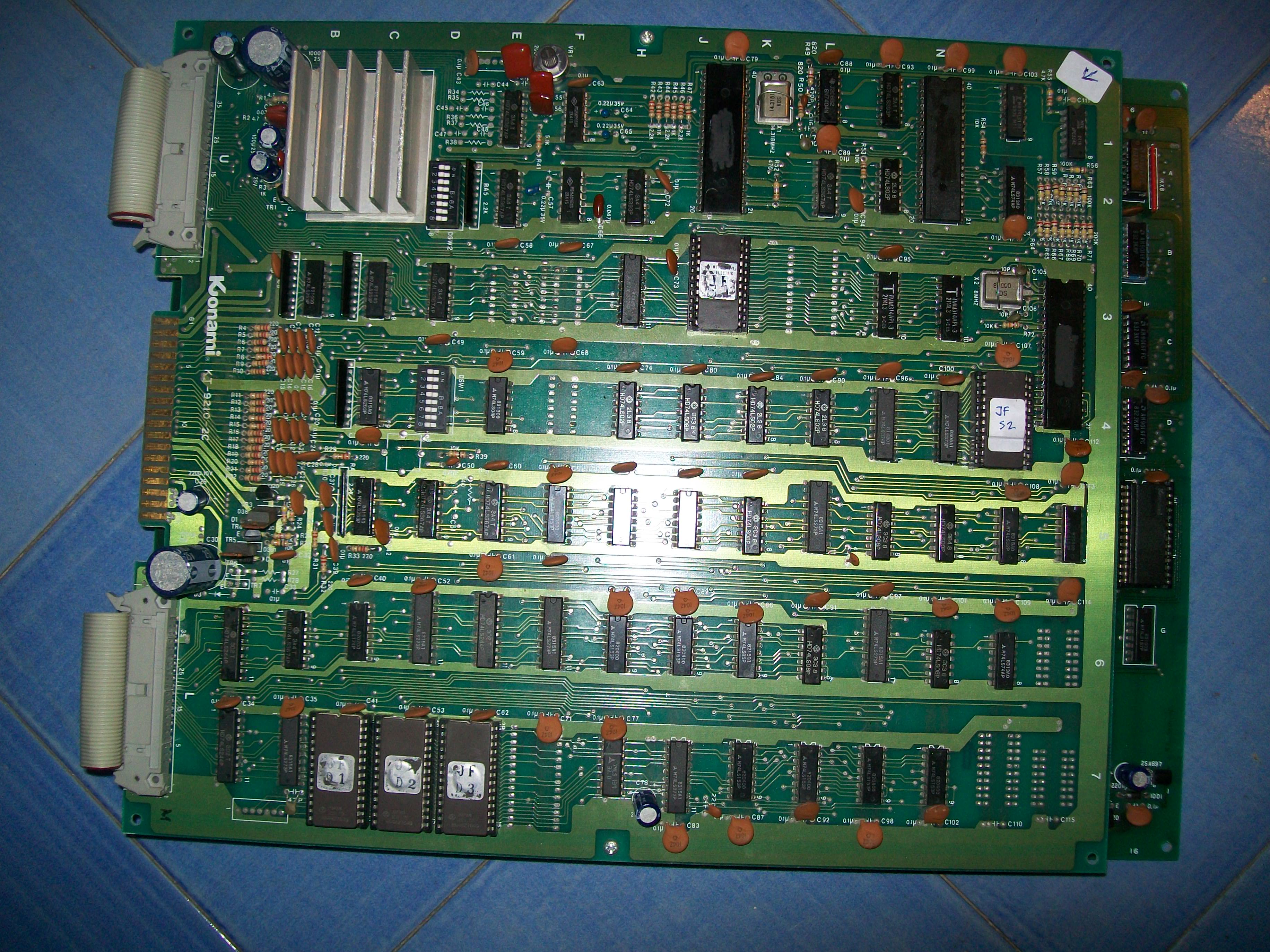 Board played fine but some sounds were missing, the most noticeable was the laser shot:

Here is a MAME record for a comparison:

All the sounds are generated by the AY-3-8910 chip.Probing it revealed that three I/O (pin 19-20-21) were stuck high, these should exchange data with same number of I/0 lines of the Intel 8039 MCU like shown in schematics: 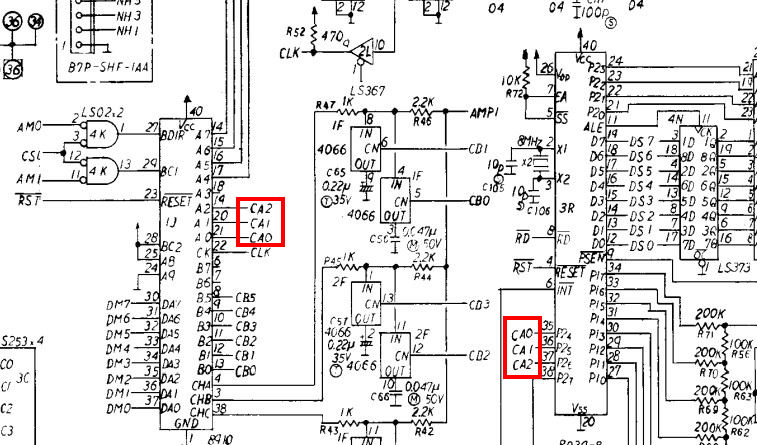 The 8039  was dead,  clock was missing on pin 2 and 3.I replaced the 8MHz quartz and the two 10pF capacitors with no change.This MCU has no internal ROM so it needs an external one : 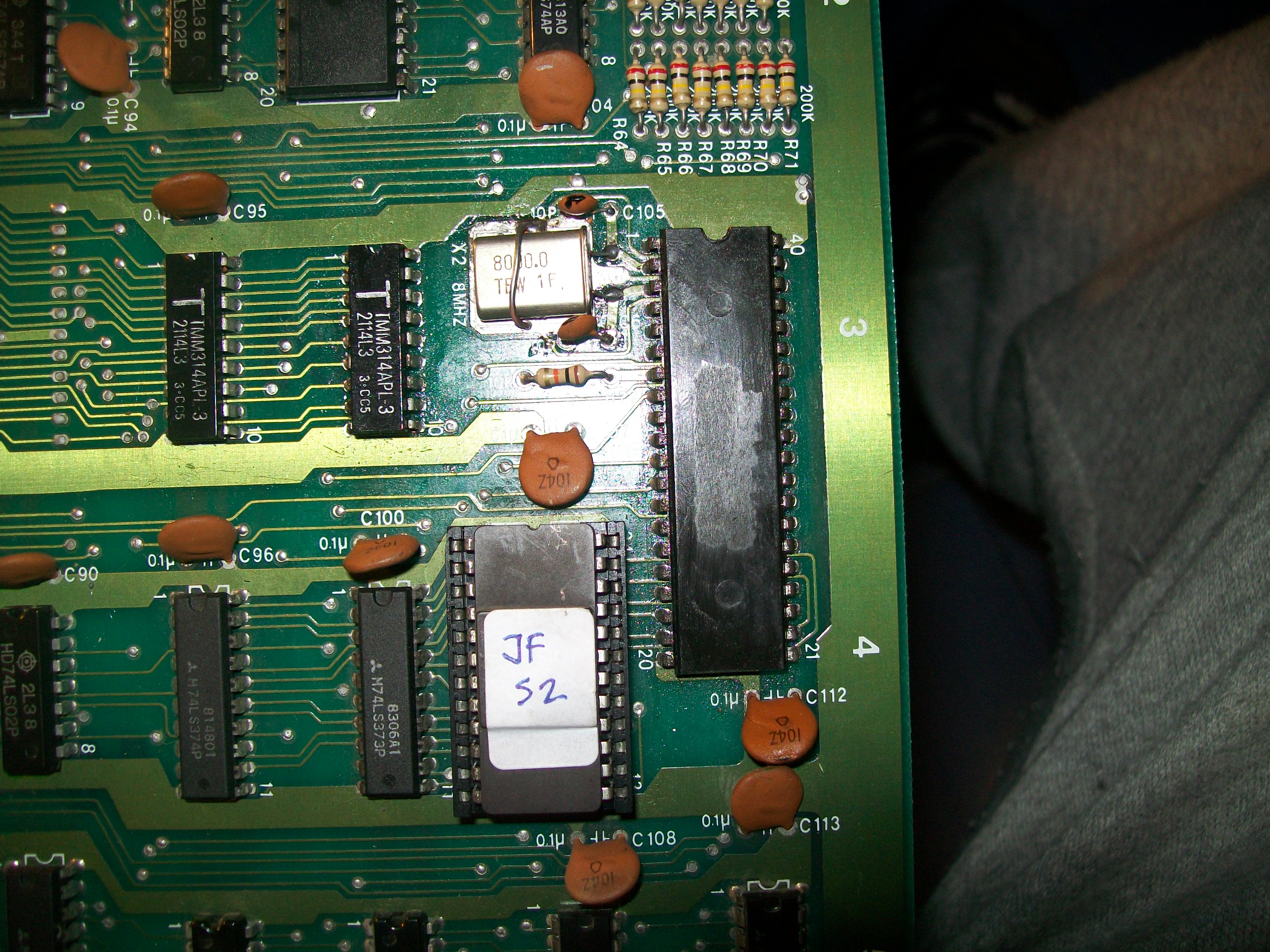 Using a dummy ROM file in MAME reproduced exactly the issue, some sounds were missing like in my board.This lead me to think the MCU was bad so I removed it: 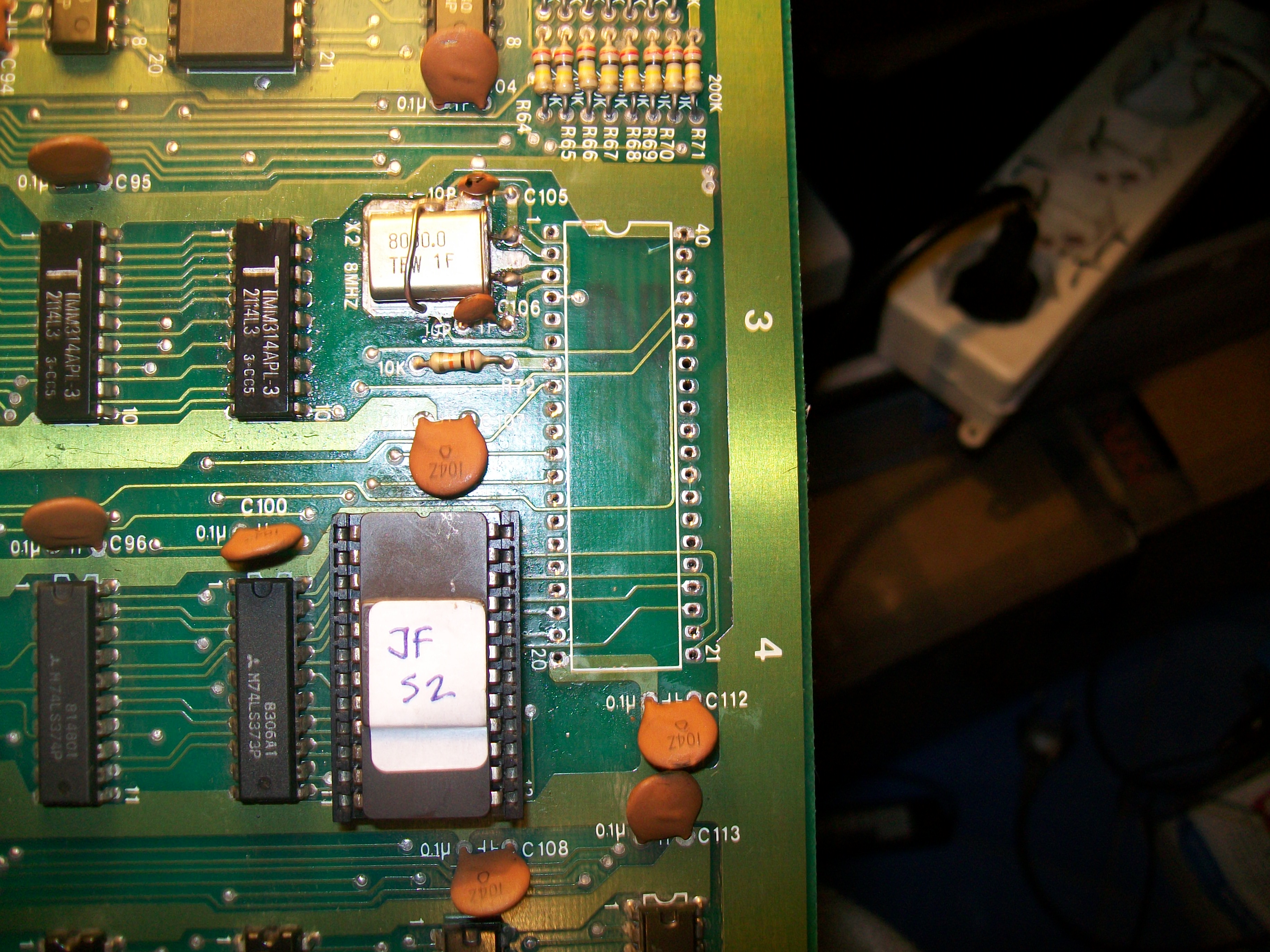 The 8039 is not widely used on arcade system but I was luck and found one on a Gyruss bootleg.Installed a socket and chip: 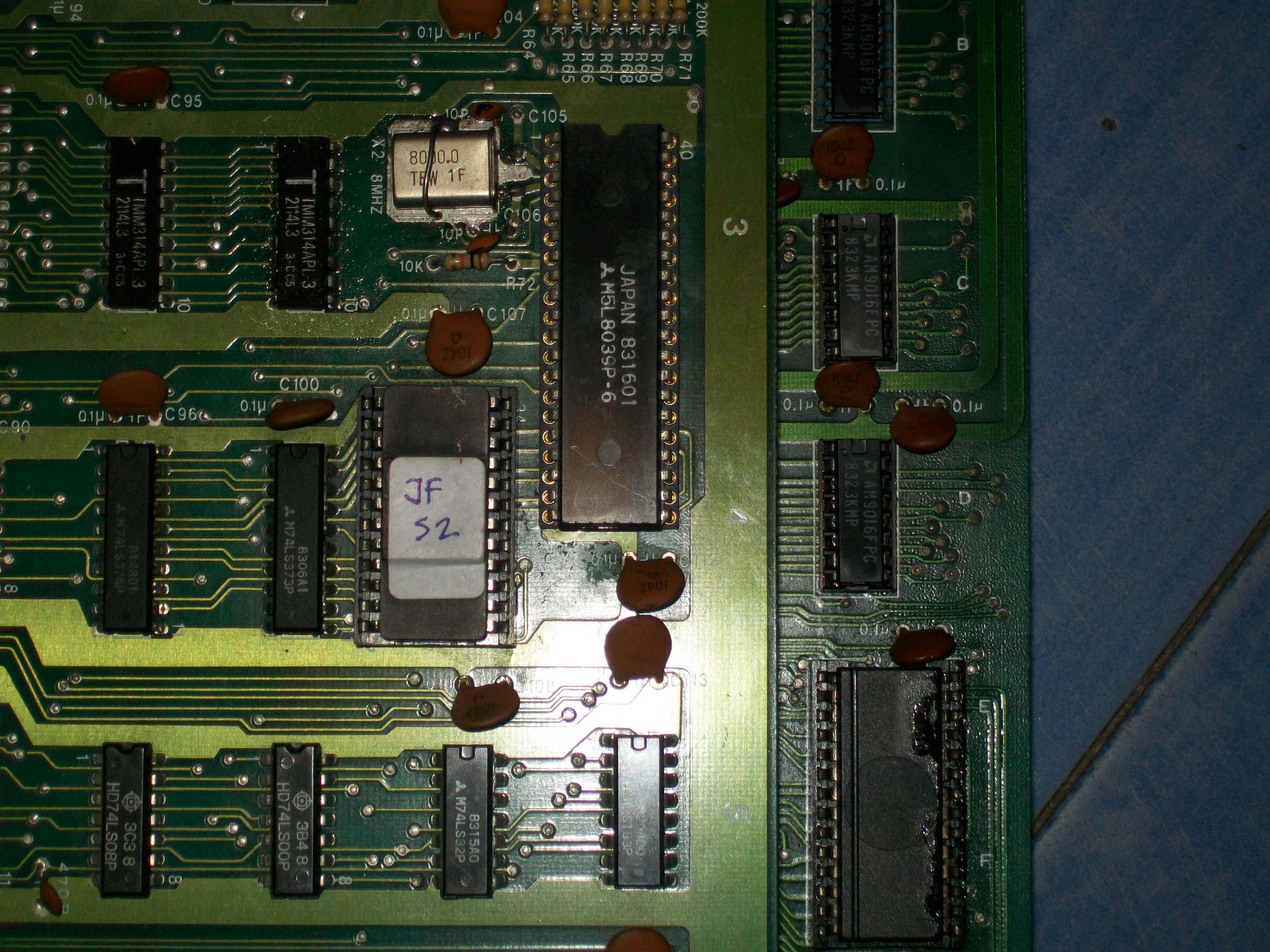 and all mssing sounds were back.End of job.