This is another little reproduction project that arose during my repairs.

Some time ago I came across an Heavy Unit PCB which played fine except for the inputs that were not working.This had an explanation: 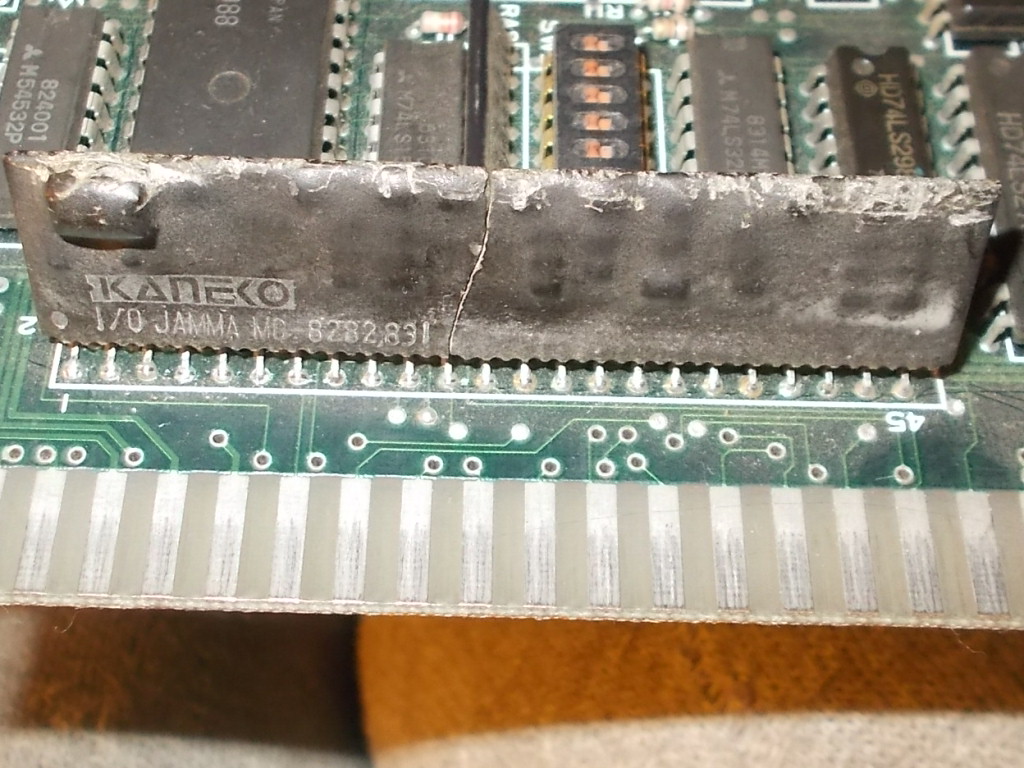 This SIL custom (in ZIP46 package) marked ‘MC-8282’ was broken in half.Like the silkscreening tells (I/O), this custom handles all the inputs.I looked into my spares and found some Kaneko boards that used a similar custom with same number of pins but marked ‘MC-1091’ instead :

I tried it in my board and all inputs were working again so I came to the conclusion that the ‘MC-8282’ and the ‘MC-1091’ are essentially the same.Not happy enough, I  decided to try to reproduce it.As always in this case, I first ‘stripped off’ the component by removing its coating and did some hi-res scans:

As you can see from above picture, the designers pratically embedded in a single component a typical inputs circuit that can be found on many arcade boards.Techinically we can think of this custom like a big multiplexer made of four 74SL253 TTLs which receive on their inputs the signals from JAMMA edge connector.Obviously there is a common output enable signal and two selection ones as well.All other parts are printed film resistors (the black squares, the tiny ones are for pull-up), ceramic capacitors (for by-pass and signal filtering) and a couple of SOT-23 parts (involved in P1 and P2 coin input) which I was able to identify as dual diodes  common cathode  : 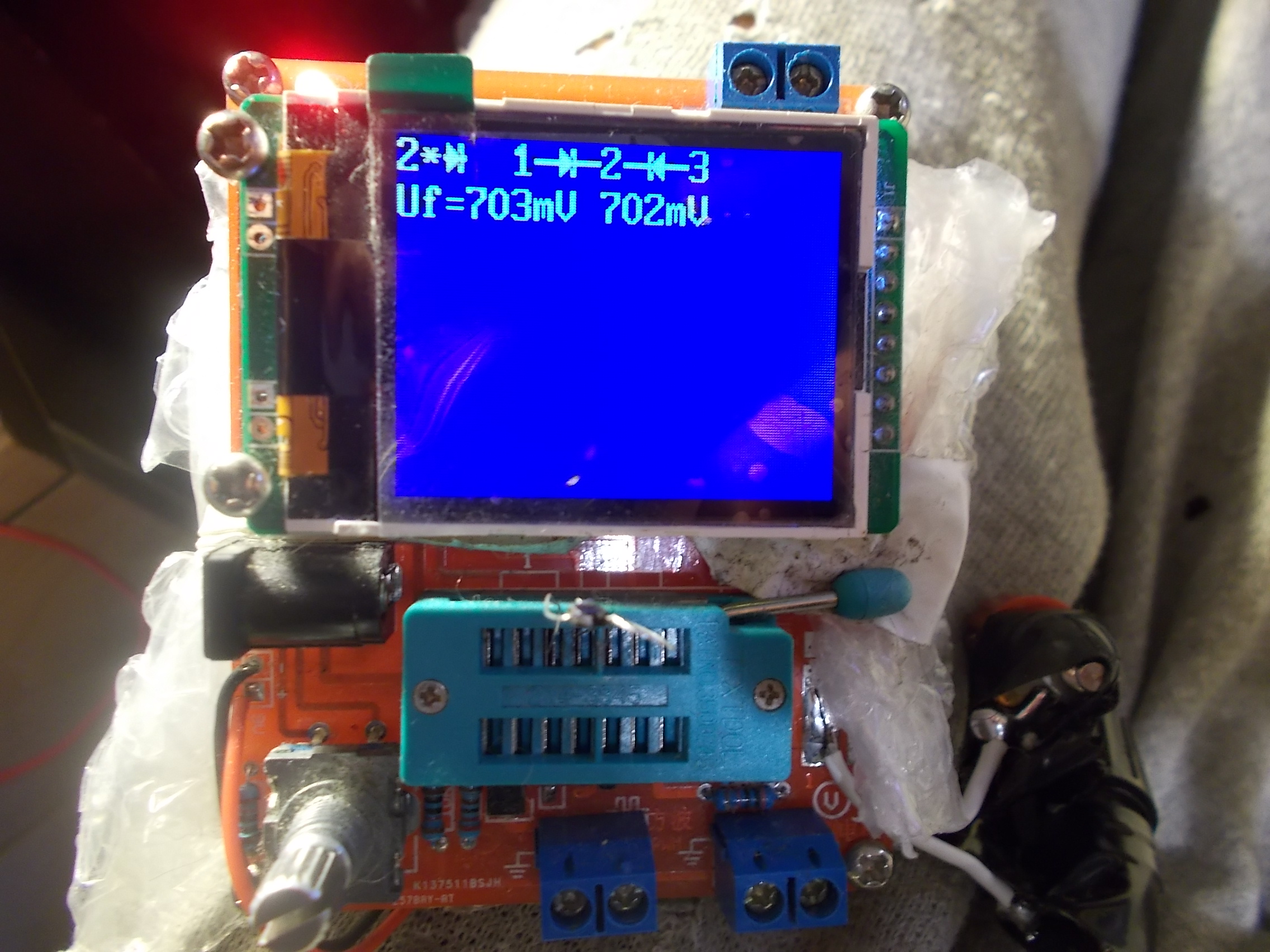 I fired up my multimeter in continuity check and in some time figured out the design so I made some rough prototyping on a breadboard: 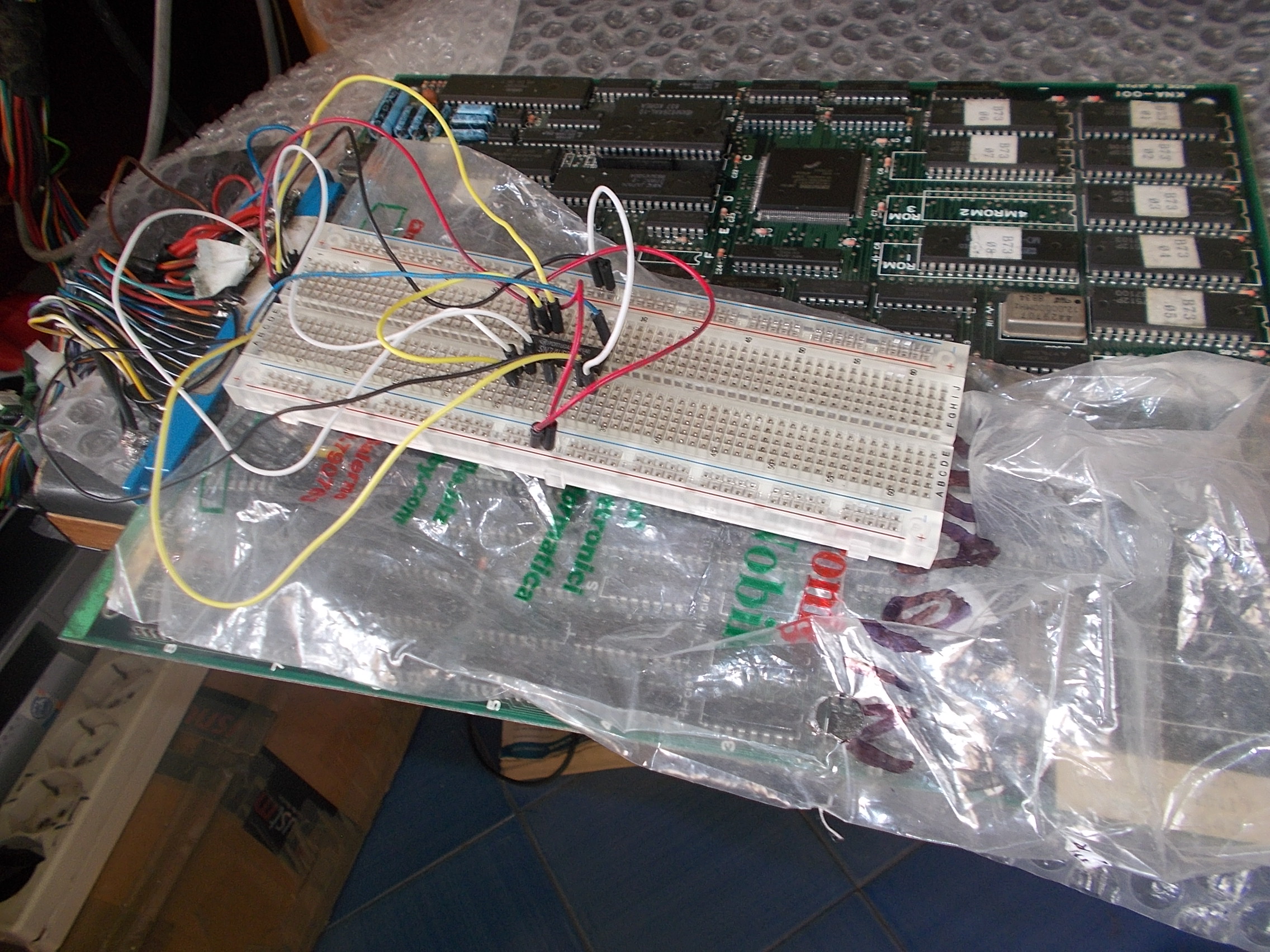 I had success so I start to draw schematics.I intentionally omitted some not vital parts (like the many ceramic capacitors) and used SMD resistors arrays, this allowed me to save room on PCB layout and keep the same dimensions as the original part.I sent the design to manufacturer and received the bare PCBs after some weeks:

I assembled a unit:

and installed it on PCB: 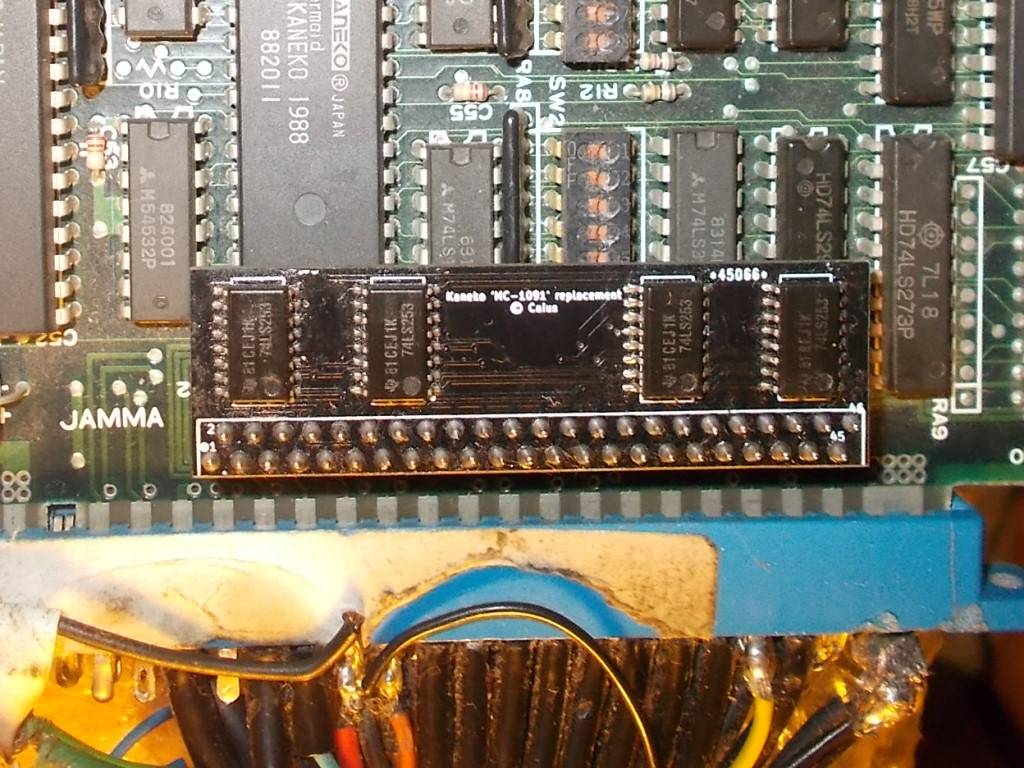 Testing was successful, all the inputs of both players (plus SERVICE ) were correctly mapped and working:

See you all to my next reproduction project!