I had this rare Irem Ken-Go PCB (an undumped version included in latest MAME release) from my friend Joachim for a repair: 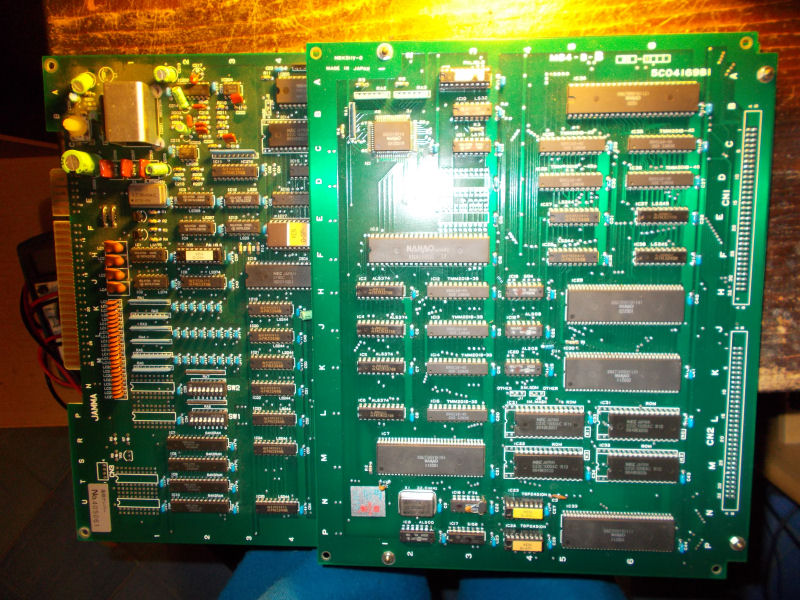 The board played fine except for an issue where all sprites were formed but missing all colors appearing like black shape:

Sprites generation circuit is located on top board where some customs lie: 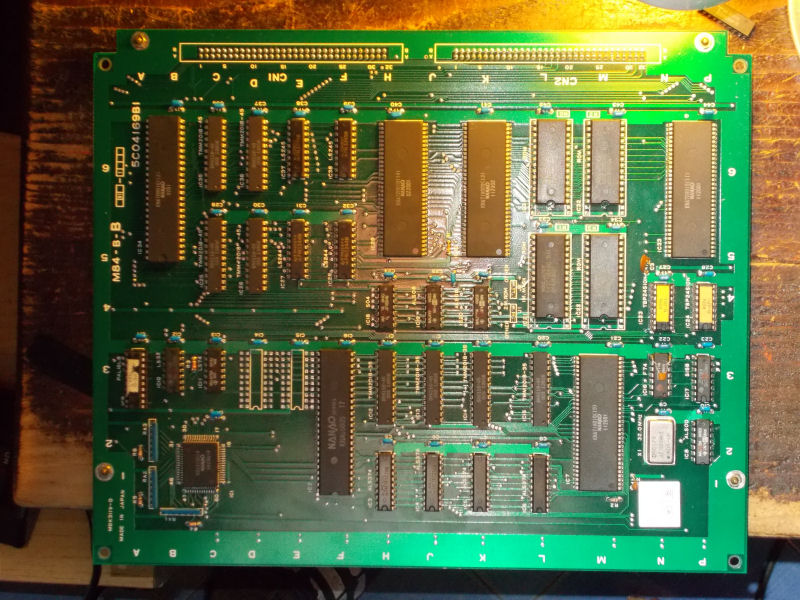 Documentation for this specific game was not available but luckily I could know function of the various customs by looking at the R-Type schematics and so identity the one involved in the sprites palette generation: 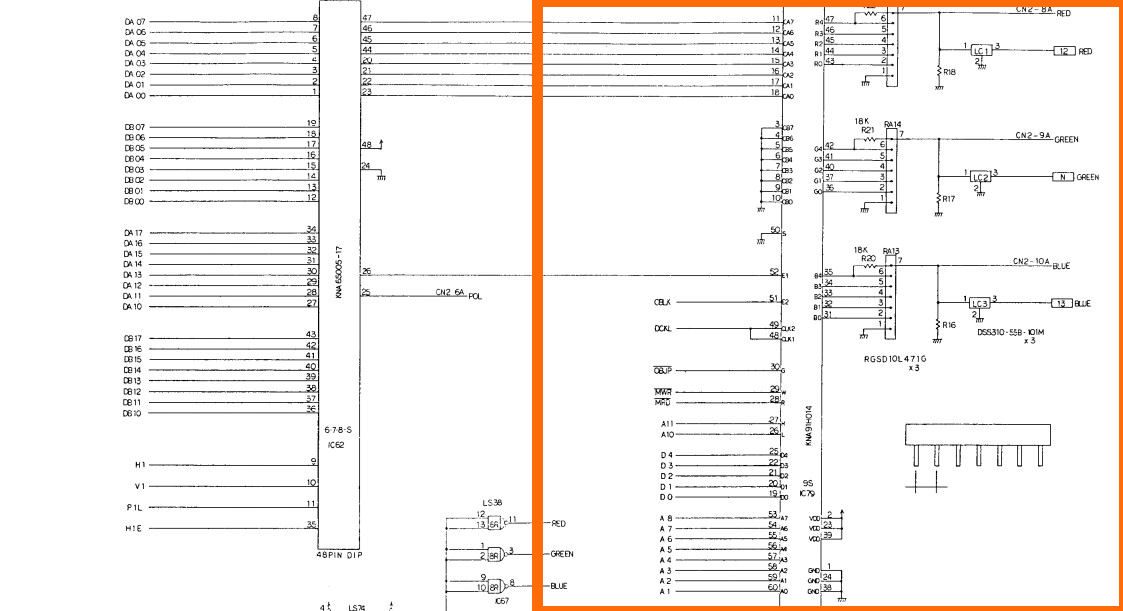 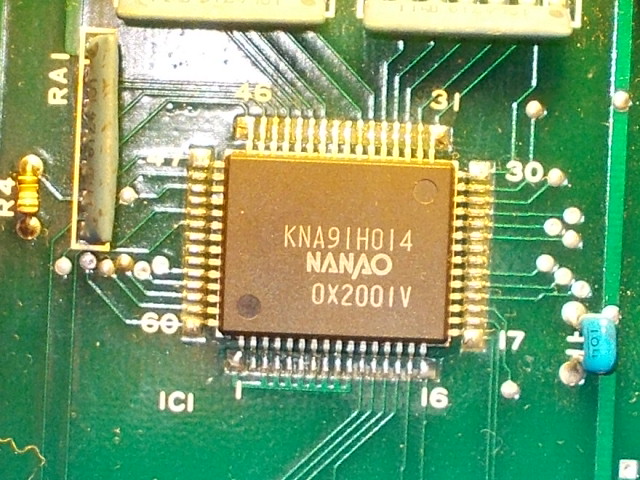 Probing it revelead that inputs were fine but outputs had irregular signals: 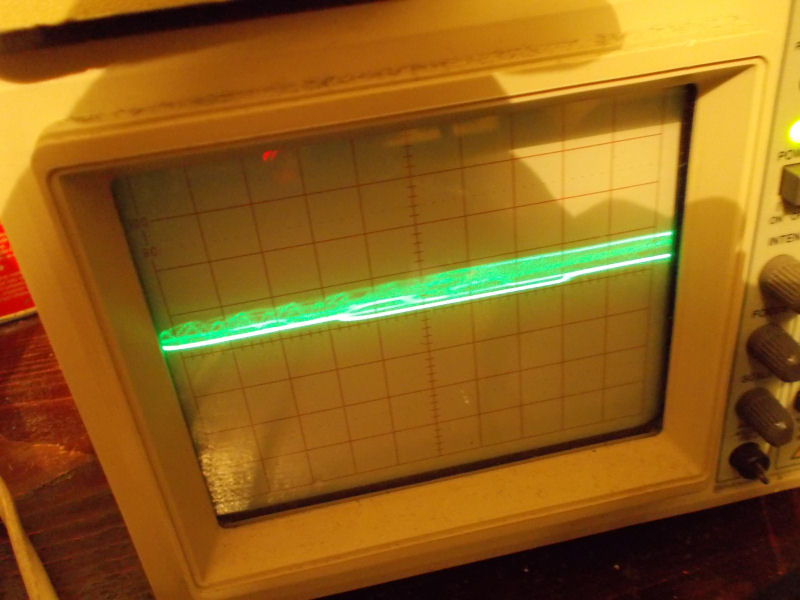 So I opted for replacing this custom (taking a good one from a dead Vigilante board)  : 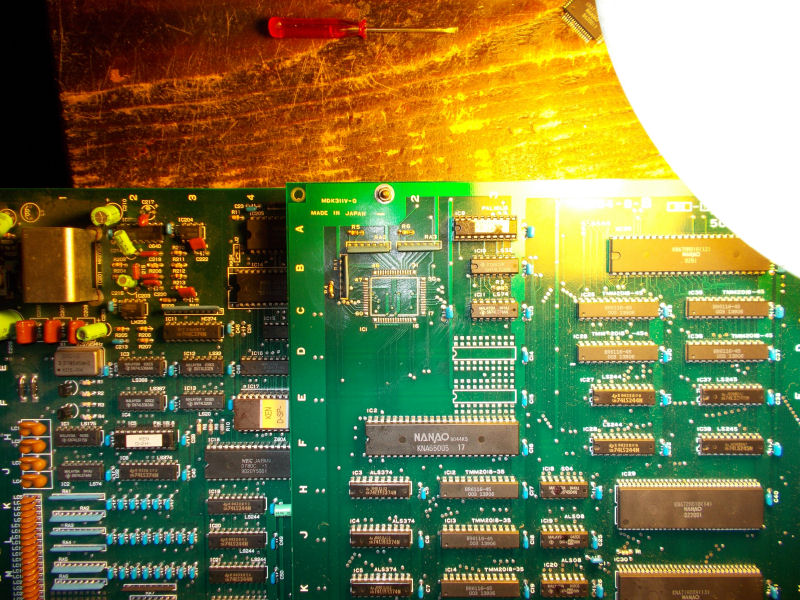 This was the right move since sprites were correcly restored: