Bought this PCB (among others) from Ebay as untested/not working: 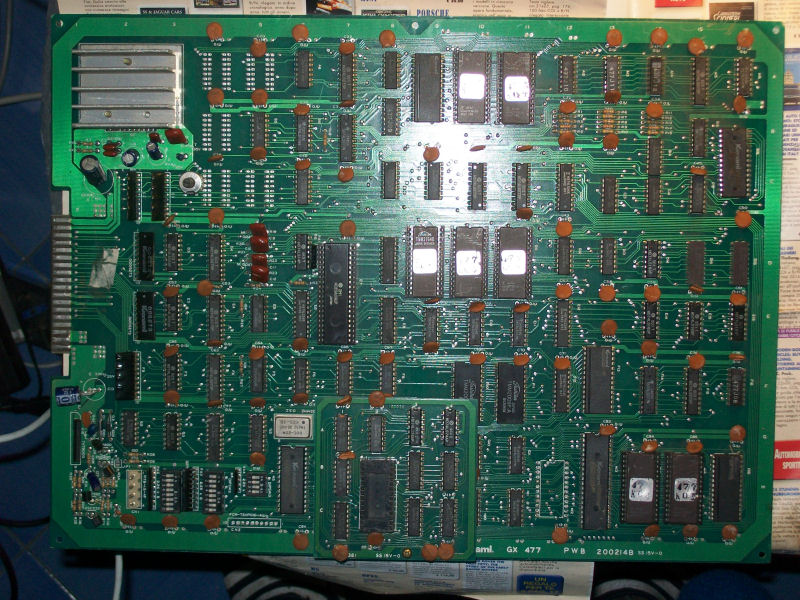 This, judging from the auction pictures and the GX477 serial, should have been an original Konami Shao-lin’s Road PCB but after dumping the EPROMs it turned to be a Kicker one (the overseas version).Anyway, before powering it up, a visual inspection revealed that one IC was missing: 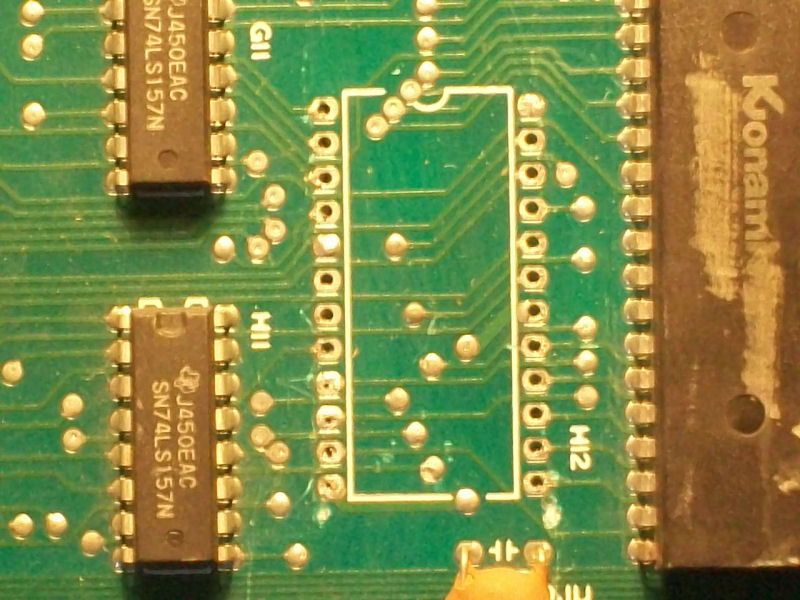 Now, in absence of any schematics, looking at some PCB pictures on the Net, I figured out the missing IC was a M58725P SRAM pin to pin compatible with a 6116 (or 2016, 2018 etc..).Fitted a socket and a 6116 SRAM, I powered up the board (it uses the Konami Classic pinout, the same used for many other Konami games) and I got this: 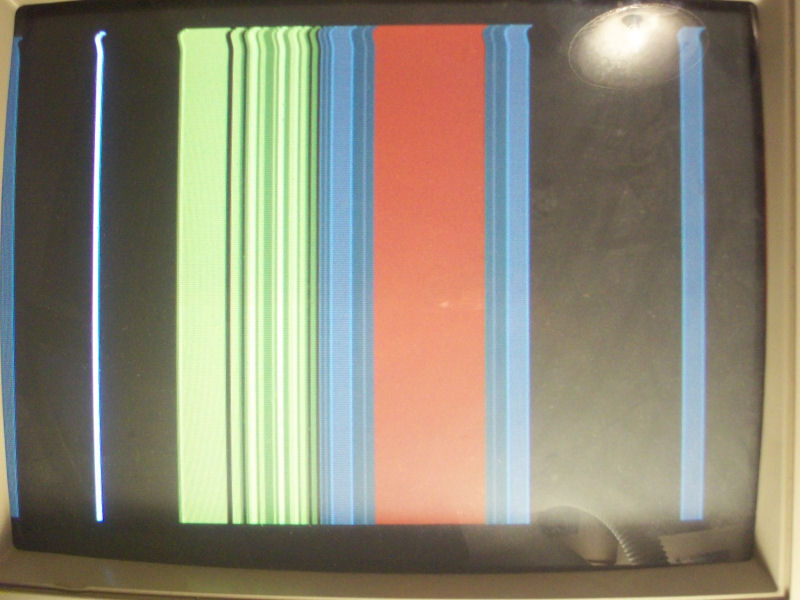 These patterns of lines were changing on the screen sign that the board was running fine , infact I could coin-up and hear all the sounds but the video had some issues related to timing signals used to draw display, I presumed.

So, with the fear that one of many custom (with scratched ID) was bad, I started to test the ICs with my HP 10520A logic comparator and logic probe.All was fine until I came across a 74LS74 (location C6) whose ouputs was stuck low.Its data input pin (connected to an output of a 74LS161) had no activity at all but the near via which had to be connected to was pulsing!Infact my multimeter didn’t buzz on this and a closer look revealed this: 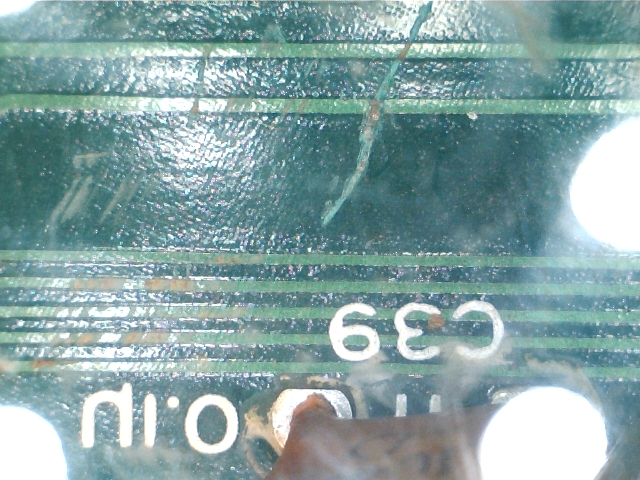 Bridged this broken track with a bit of solder, I powerer up the board again and I got:

Board 100% fixed and another classic one preserved!