Earlier this year I attended a meetup at UKVAC user Bonehead’s house.
One of the things I brought back with me was an unknown bootleg PCB that a was being given away.
I opted to take this particular PCB because it was 6809 based and I needed something to help me continue work on my Fluke 90 PC software that I started quite some time ago.

This PCB uses the Konami Classic pinout for which I already have an adapter for so following a quick visual check I plugged this in and powered up.

As you can see we have watchdogging going on.
Right next to the 6809 there are two 74LS244 buffer IC’s. A quick continuity check showed that these were connected to the address pins of the 6809.

Probing the 244 at E8 showed that all the outputs were dead. Removing this revealed a broken trace. 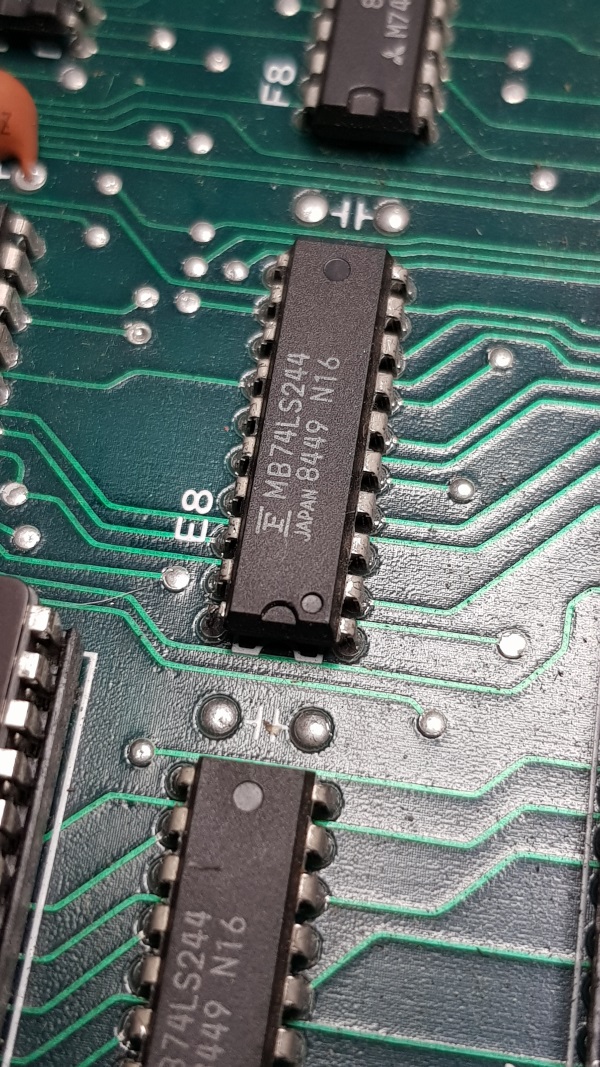 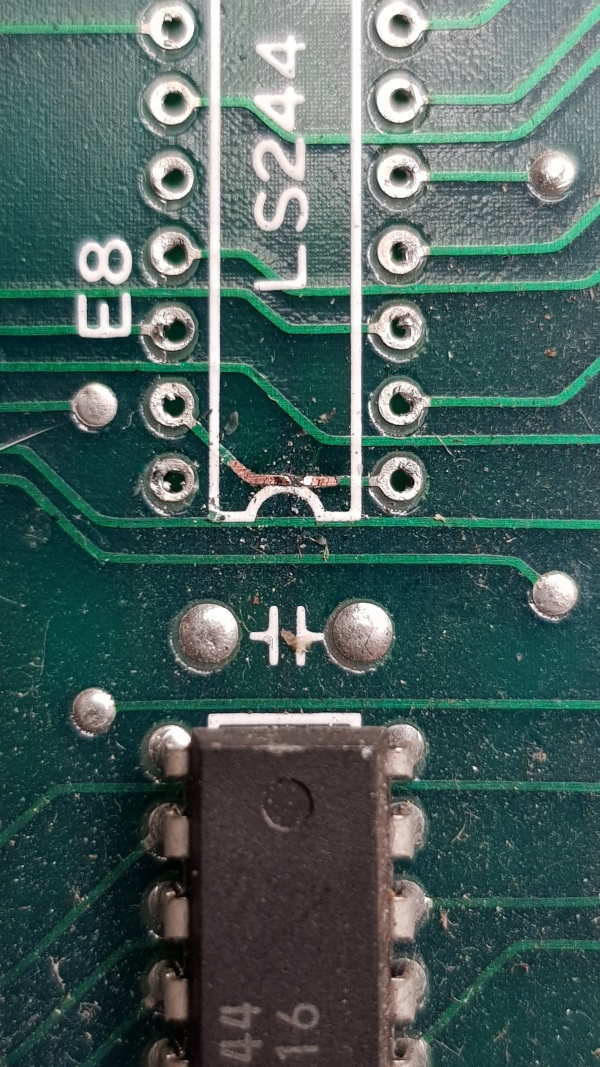 At some point in its life there has been a sort here.
I patched the break and fitted a socket and new 244 buffer and checked for shorts before retesting. 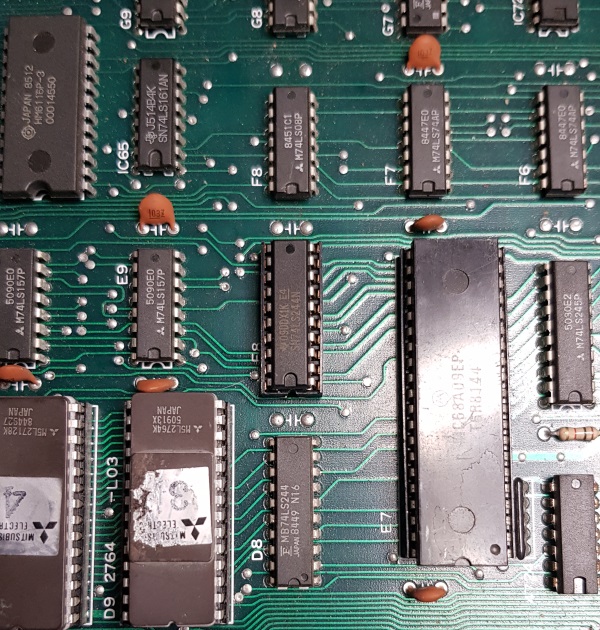 Powered up and all was well again.

Confirmed later that the sound is present too and controls are all working.
A quick fix this time.