My friend ‘robotype’ sent me some boards for repair.Among them there was this a “Kid no Hore Hore Daisakusen” PCB (キッドのホレホレ大作戦? lit. Dig Dig Kid’s Epic Battle), a pretty obscure (for me, at least) game manifactured by Nichibutsu in the 1987 (released in the Western market as “Booby Kids”): 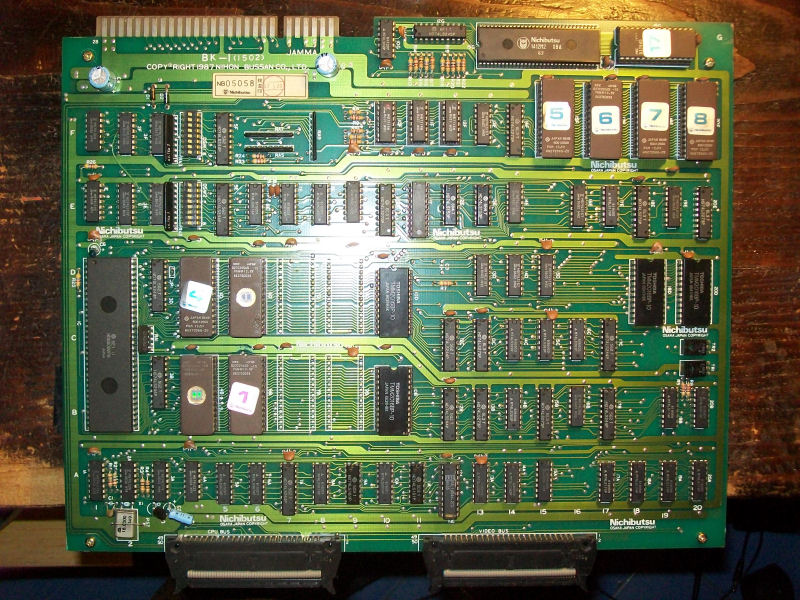 Board uses, surprisingly for its age, JAMMA pinout so I could power it up without the need of building an adapter as I first thought.Here is all I got, some static garbage: 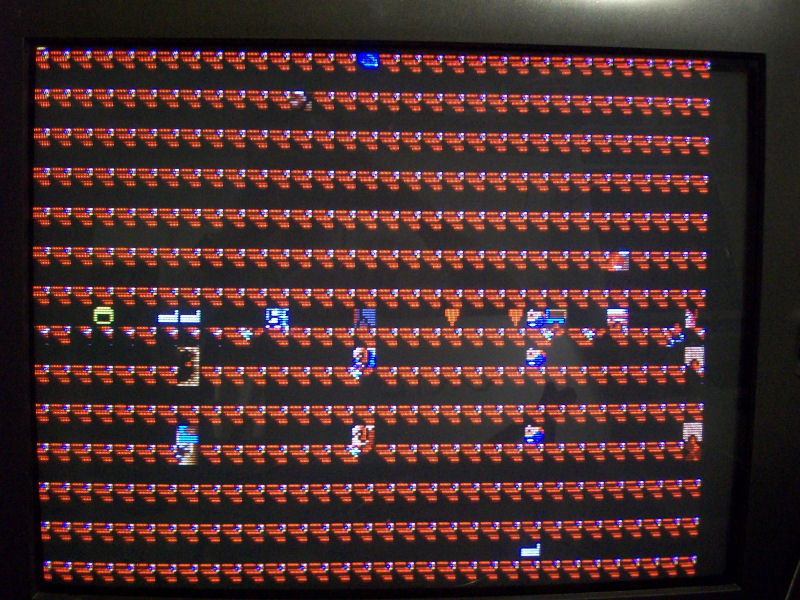 This is clear sign that the CPU is not running so for first  I probed the 68000 main processor.Starting my checking from pin 1 all was stuck LOW or HIGH until I came to CLOCK (PIN15), this was completely silent.I traced it back to a typical clock circuit made of an inverter 74LS04 and a 74LS74 as divider.These ICs were good but when I went further back till to the 16MHz quartz I got this on my scope:

It was completely dead!Replacing it brought PCB to life again. 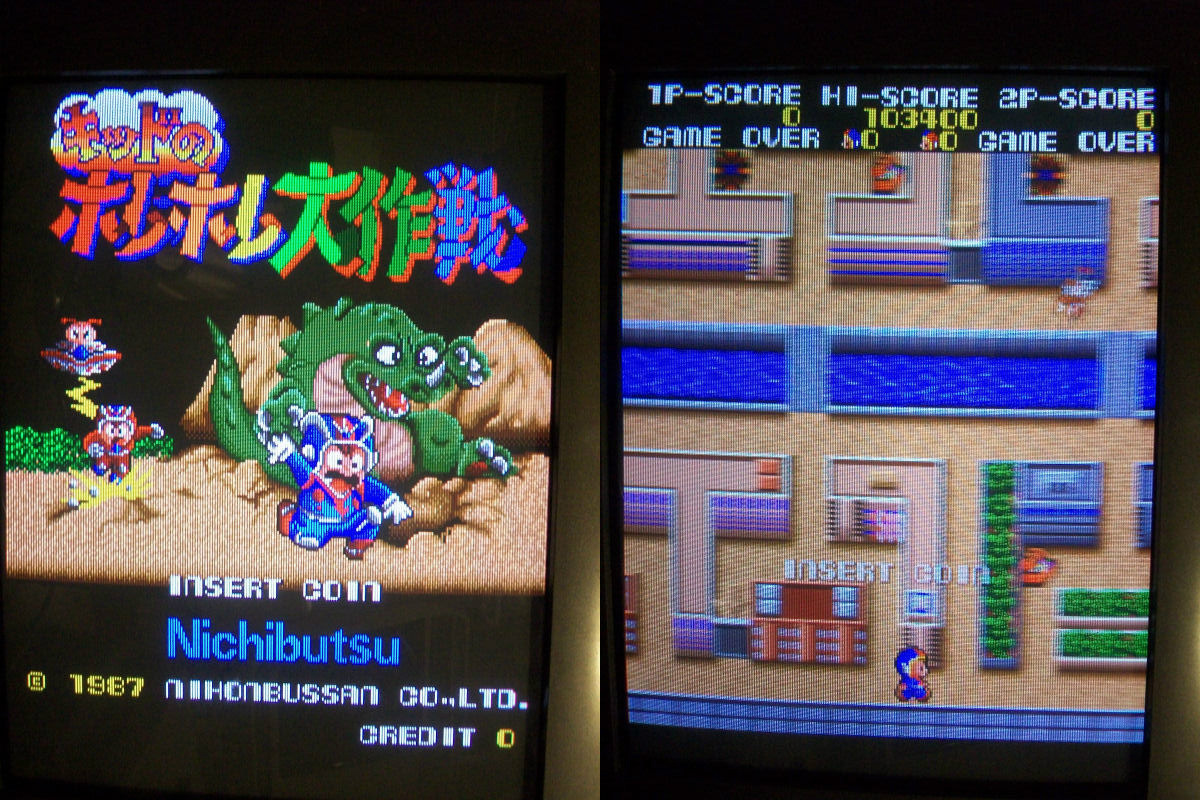