Got this faulty Knuckle Bash PCB in a trade with my friend Ifog: 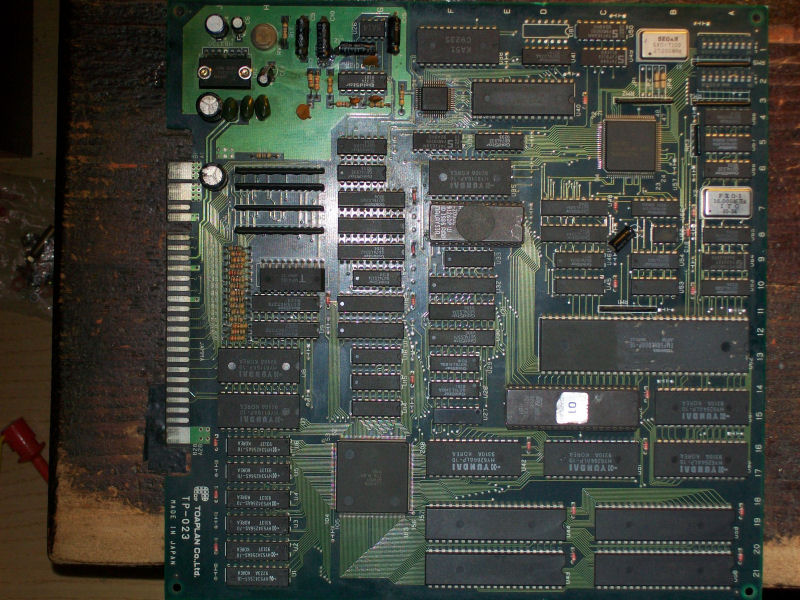 For the uninitiated, it’s a side-scrolling beat ’em up developed and published by Toaplan in Japan in the 1993.

As expected, on the power up I was greeted by this scenario: 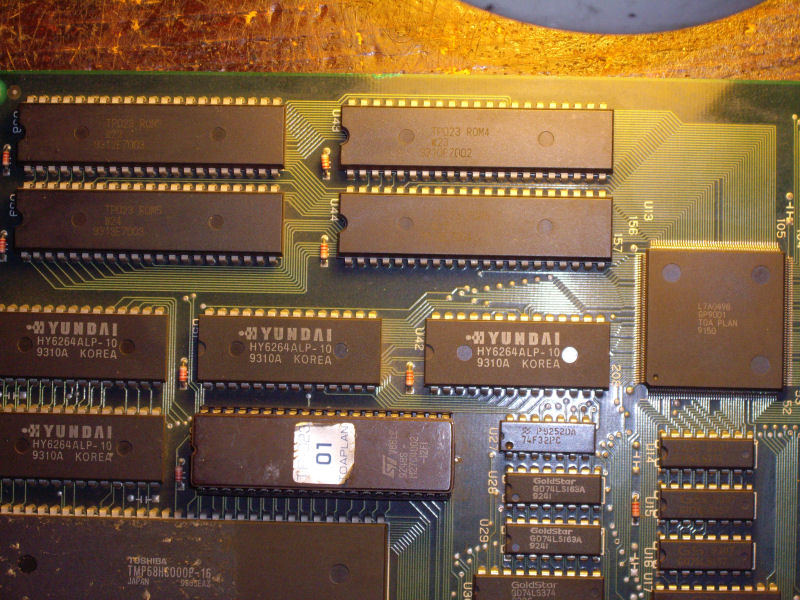 These devices are addressed by the near custom ASIC ‘GP9001’ @U13 which is the graphics processor unit of the system: 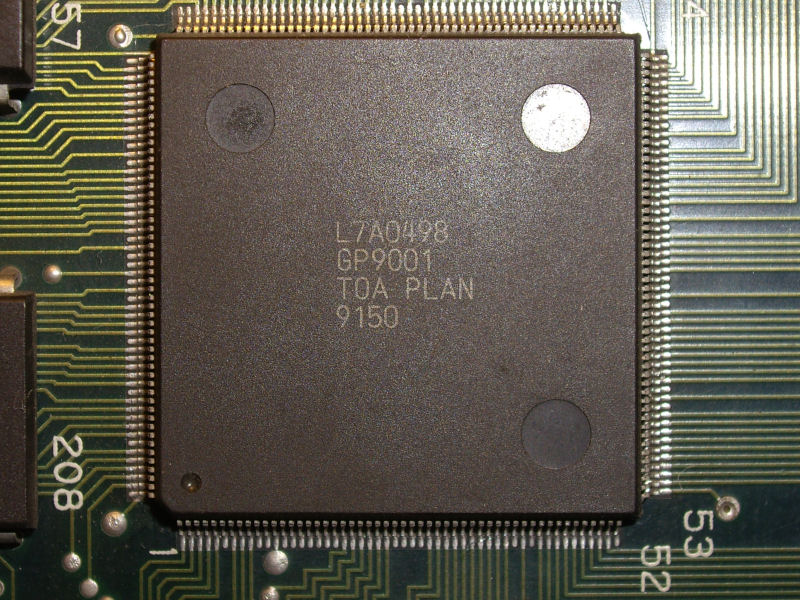 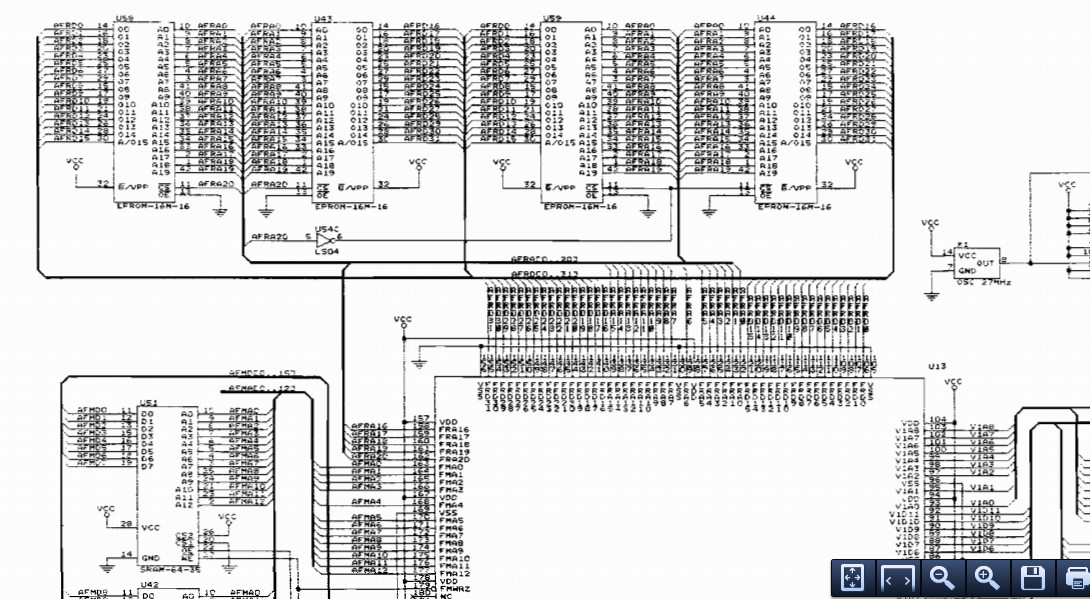 When I went to probe address lines of the MASK EPROMs, I found that most of them were silent.A closer inspection revealed the many pins were lifted.Pressing the custom chip with a clamp (a rude method perhaps but always effective) restored all the GFX : 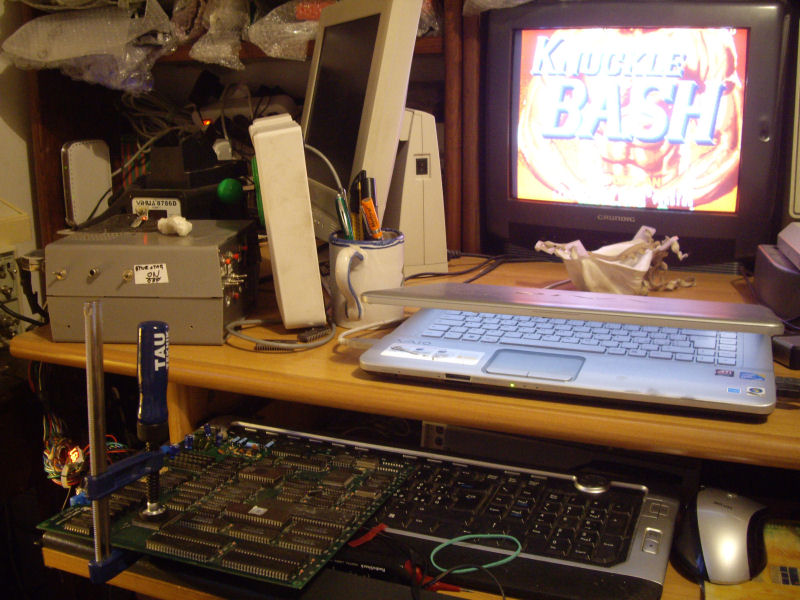 So, I did a reflow of the custom chip passing the iron tip on its pins (with the clamp still in place) and this fix GFX stably.

Last thing to do was replacing some leaking 10mF axial electrolytic capacitors in the audio section (luckily corrosion didn’t involve any traces ) :

This board turned to be an undumped Korean revision.I sent dumps to MAME developers.