In this log I fix the sprite’s incorrect colors as discovered in part 1. To review the problem see the image below. Note that the colors for the weightlifter are incorrect, the runner also has red shadow instead of black and the colors for the area in between the flags on the right are also incorrect.

Initially, I thought the area between the flags were actually made up of background tiles. These are actually sprite objects used as background graphics. I used my test rom to confirm this. 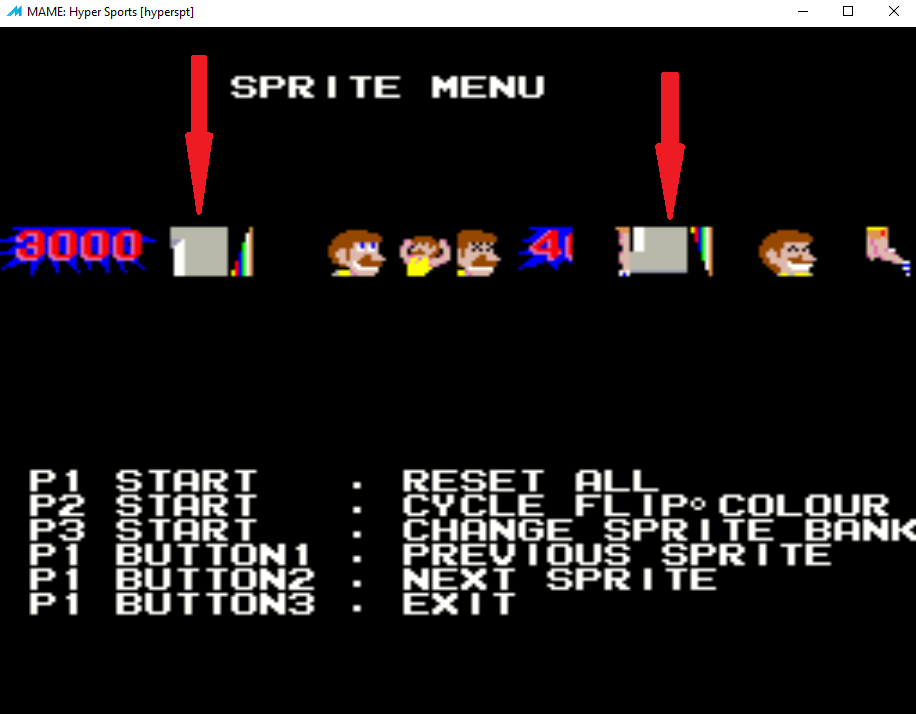 The bipolar proms I ordered finally came but were all faulty! So that was a complete waste of time and money. The good news is after checking the palette prom [ several times over ] it appears to be good and I must have been reading it incorrectly with my TopMax in part 1 of the repair log.

I thought about this for awhile and had an idea that would help me troubleshoot. Firstly, I looked at the color palette for Hypersports in MAME and took down some notes.

After comparing the colors of the sprites from images online [ google images was a good starting point ] with colors from the table above, my suspicions were that there was a stuck bit somewhere. Black [ color 0 ] is being displayed instead white [ color 1 ]. 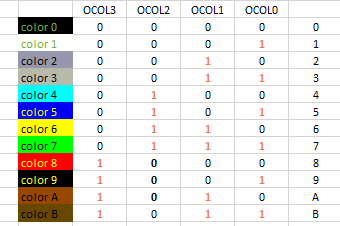 The backgrounds and sprite data appear to be combined at the LS157 at A4 which then form the signals OUT0-OUT4 at the LS174 A2. These 5 signals represent the color of a single pixel on the screen [ 32 possible colours ]. But I’m more interested in the signals OCOL0-OCOL3 [ object/sprite colors ] so I begin poking around at the inputs and outputs of the LS157 at C17 first. I generally choose the multiplexers to troubleshoot first whenever it’s relevant because these seem to get worked fairly hard [ especially in the video circuit ] and exhibit higher failure rates in these areas. 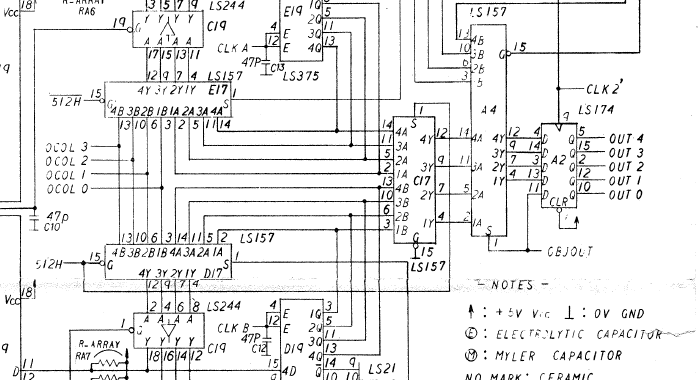 Pin 4 [ 1Y ] output of C17 appears to be stuck low, exactly what I was looking for. This was later confirmed after testing the chip out of circuit. 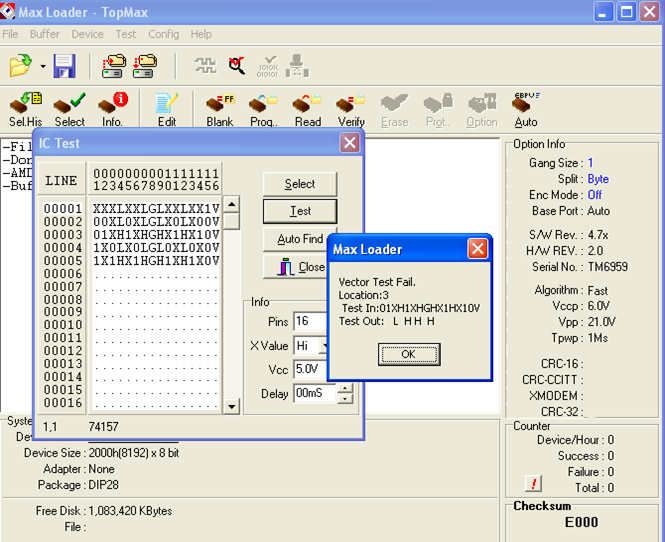 The Fujitsu in C17 is a temporary measure, I promise. It’s a working pull from my Gyruss and I didn’t have any other spares on hand. 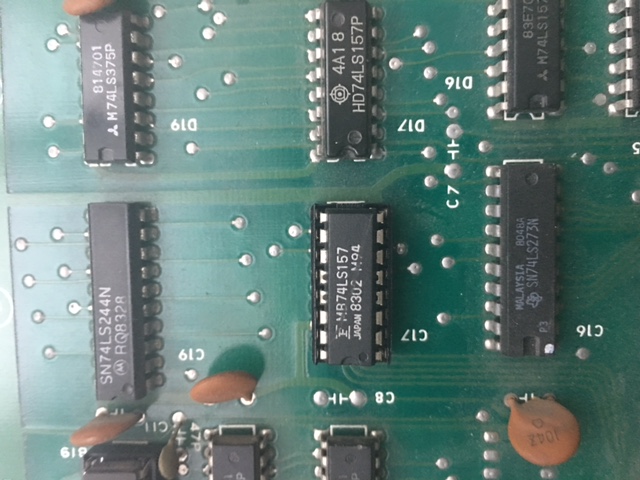 The colors seem right although I seem to be missing overall color from the CRT. 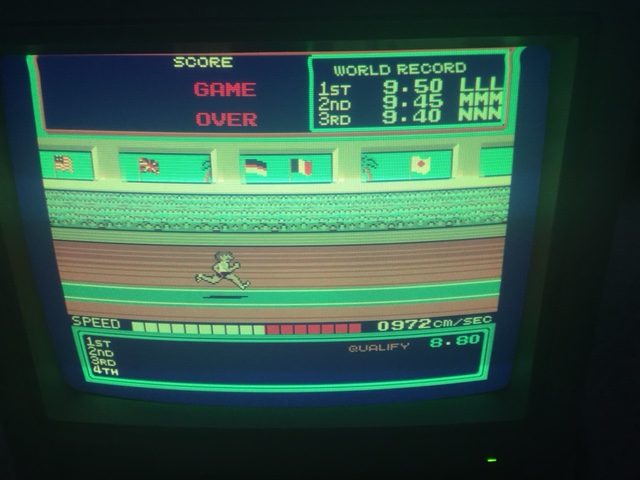 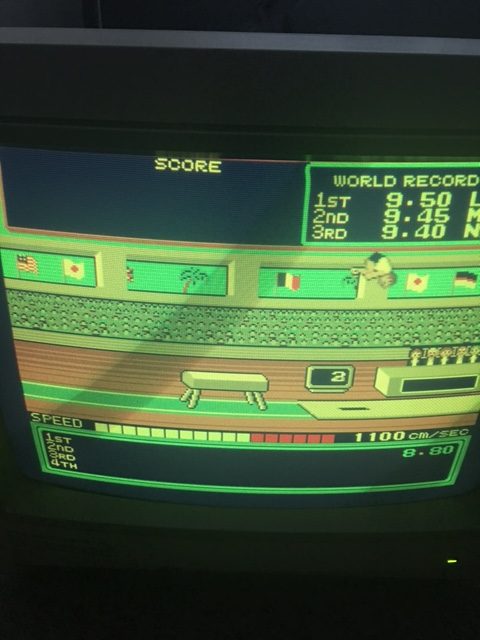 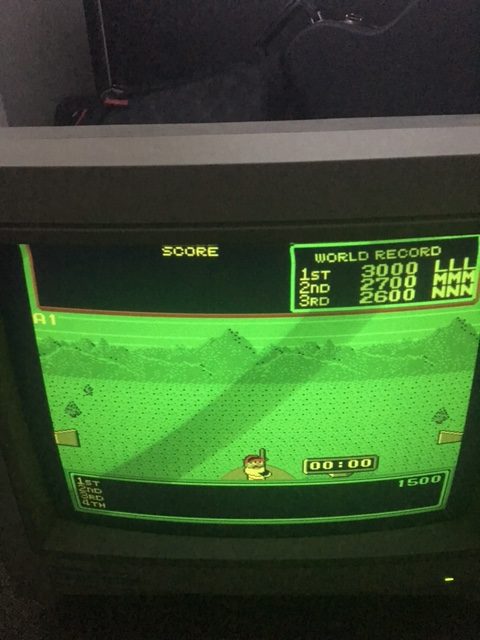 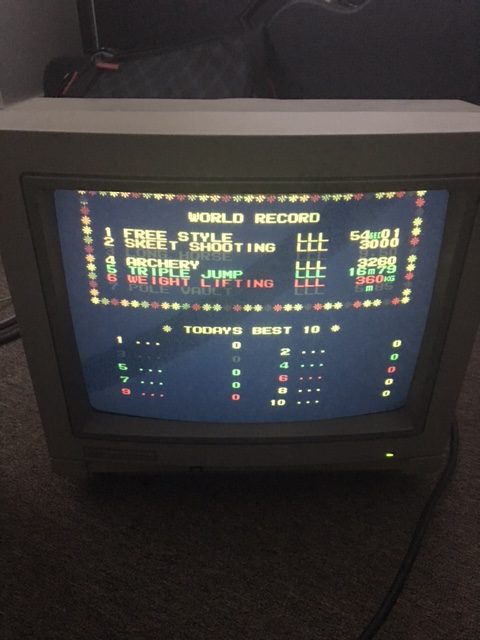 Changing it over to my LCD just to confirm that my 1084 probably needs an adjustment of some sort. 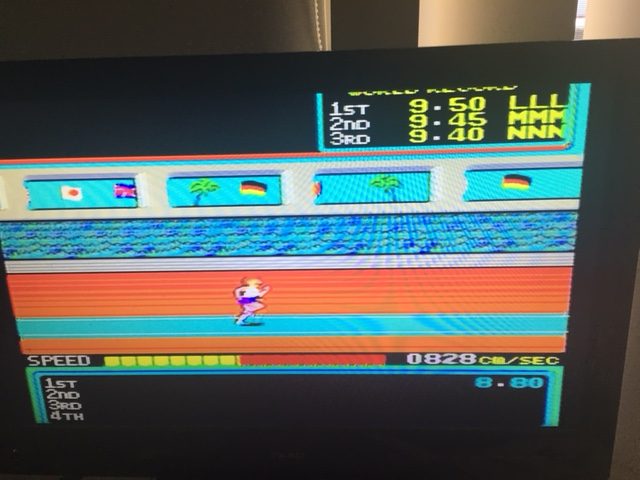 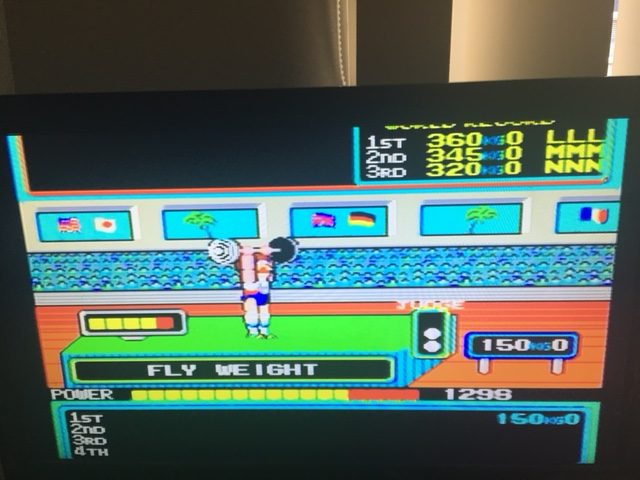 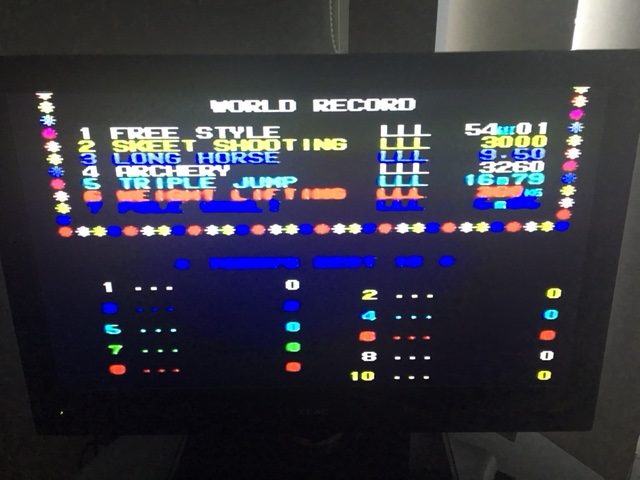