Received from Austria this faulty Kuri Kinton PCB, an obscure fighting game manufactured by Taito in 1988 : 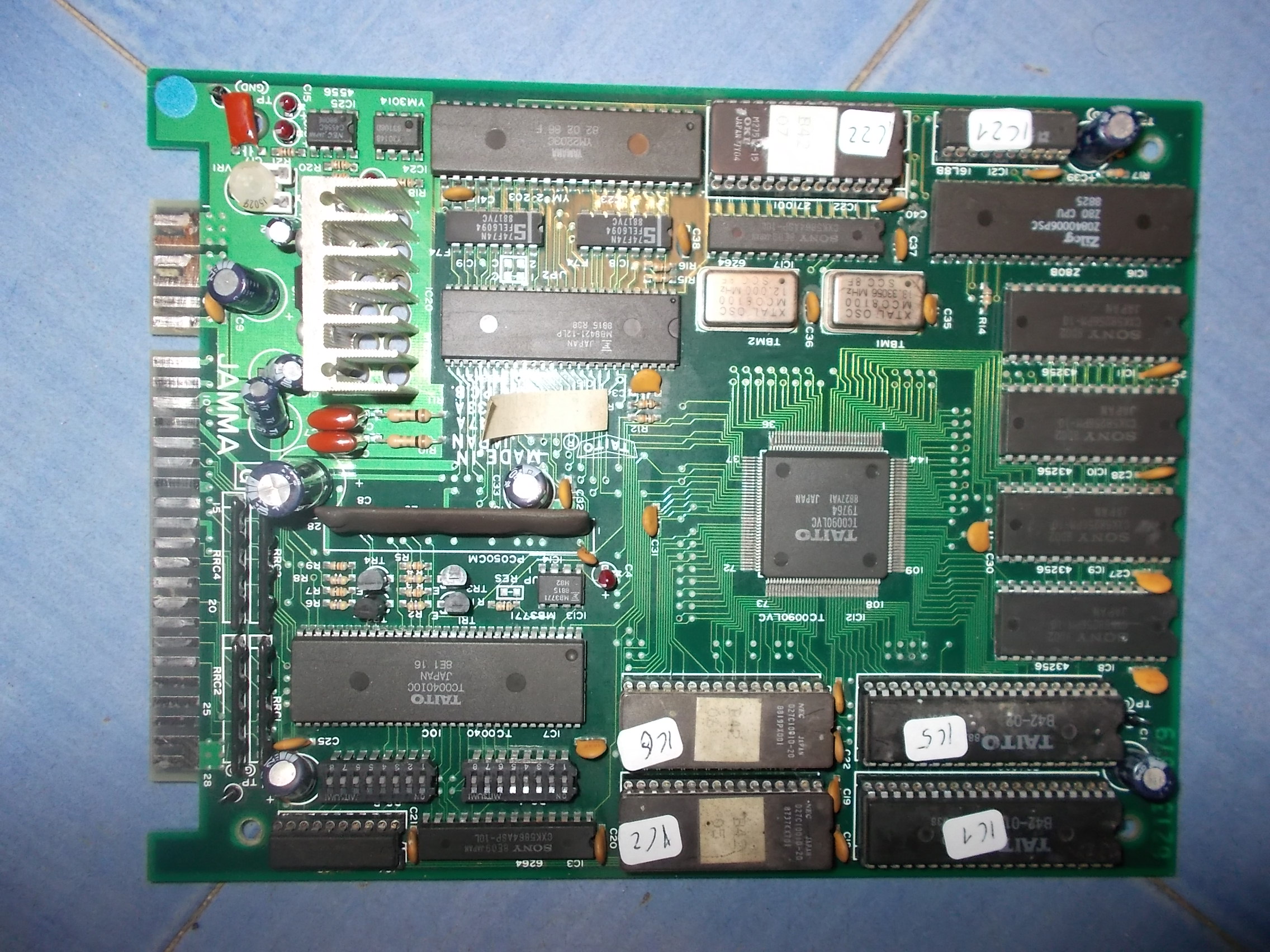 Board is very compact, hardware platform is called ” Taito L system” based on the the ‘TC0090LVC’ (a custom Z80), an all-in-one  CPU/system controller  which does everything  (game logic, tile handling, sprite handling, I/O handling, etc).At power up I was greeted by this scenario:

The game played almost blind, you could coin up but graphics were all scrambled.Ruled out the two GFX 4Mbit MASK ROMs, very few was left to probe.There are four 62256 SRAMs (32K x 8-bit) whose data/address busses are tied to the ‘TC0090LVC’ : 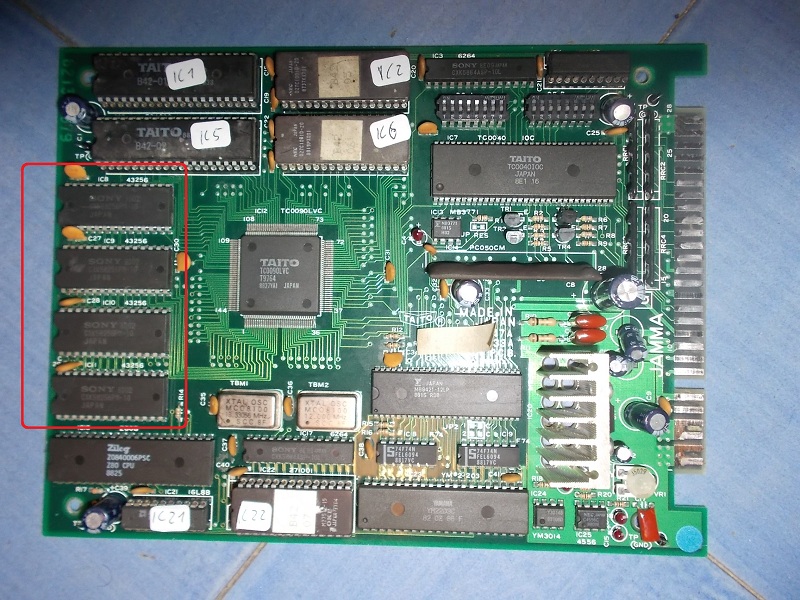 Probing them revealed unhealthy signals on data lines of some of them: 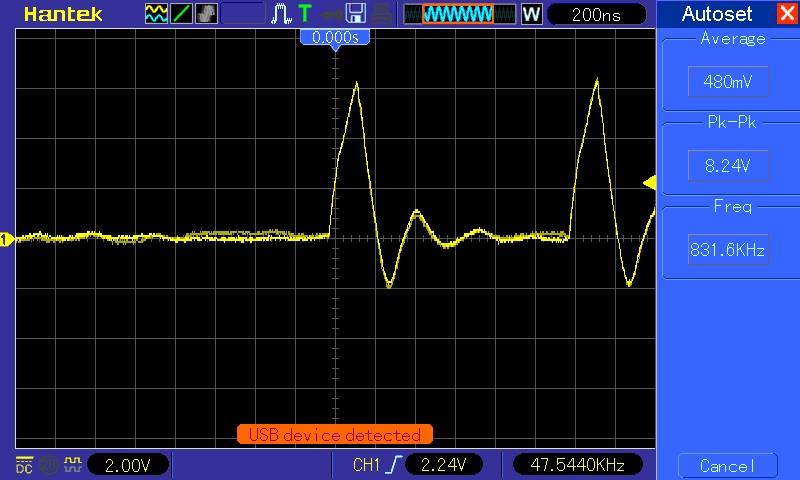 I decided to remove them all : 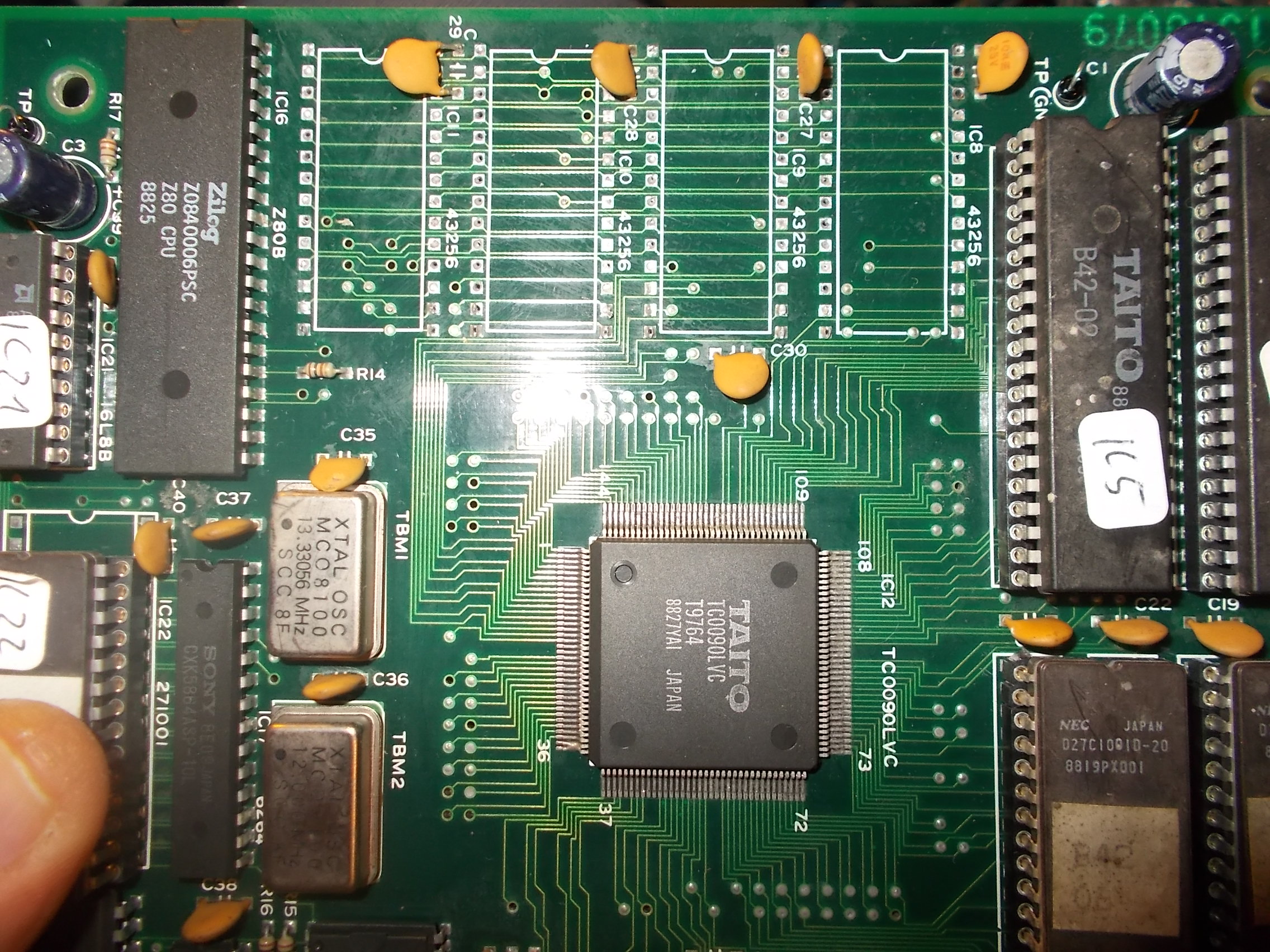 Actually only the ones @IC9 and IC10 failed the out-of-circuit testing: 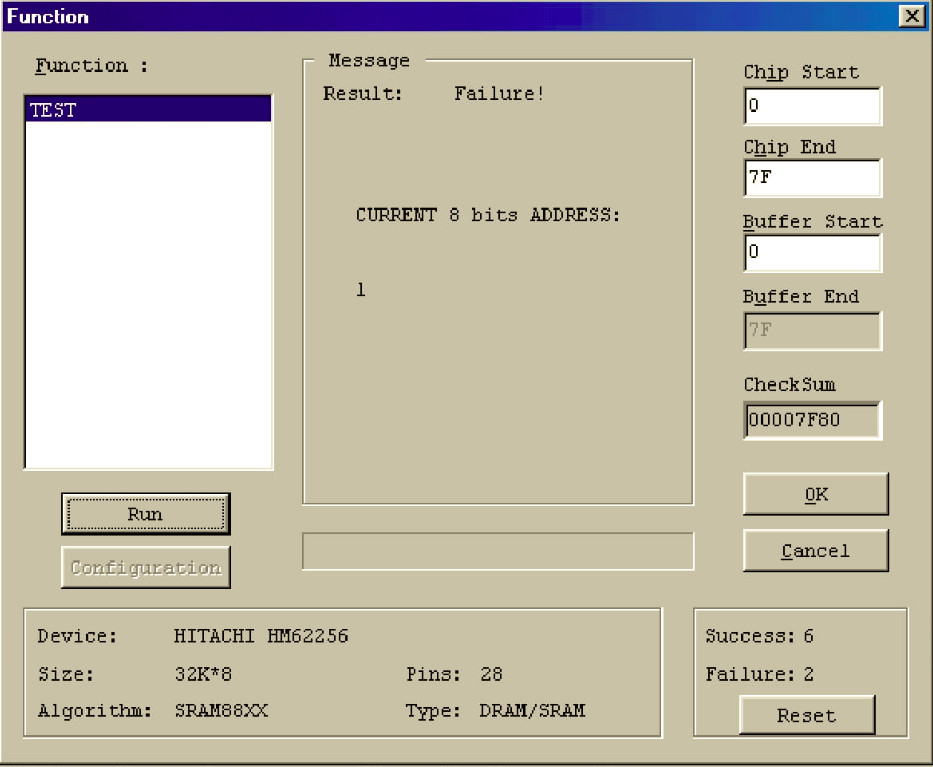 Replacing them fixed board completely.End of job. 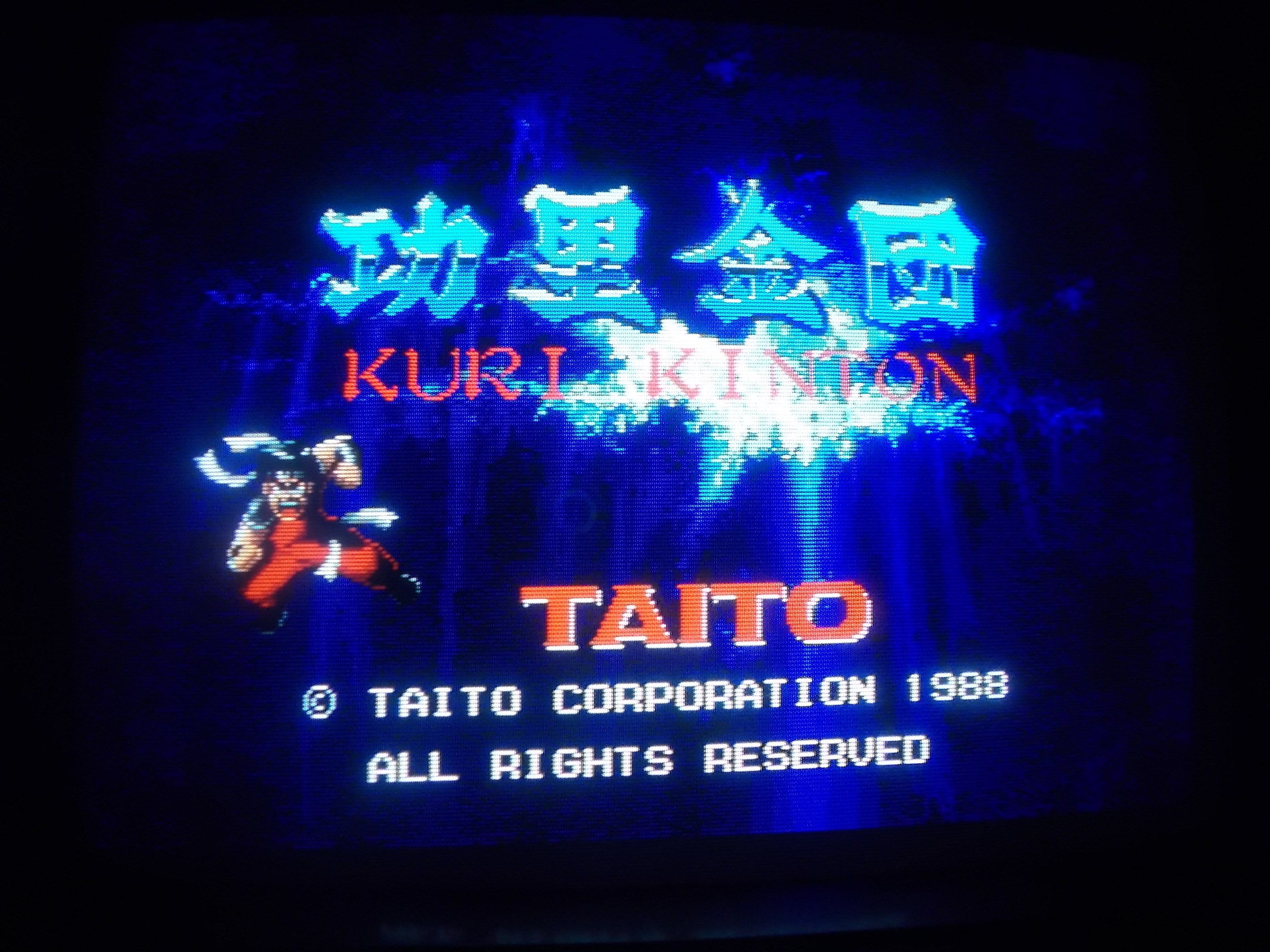