Maybe the name “Kyohkoh-Toppa” doesn’t say anything to most of arcade collectors/fans but if ,instead,I said “BreakThru” many of you will remember a game whose goal is to drive a dune buggy to “breakthru” the enemy lines of five different areas.So, for those who still have not understood, “Kyohkoh-Toppa” is the japanese version of BreakThru released  by Data East in February 1986 for the eastern market.

Here is the PCB: 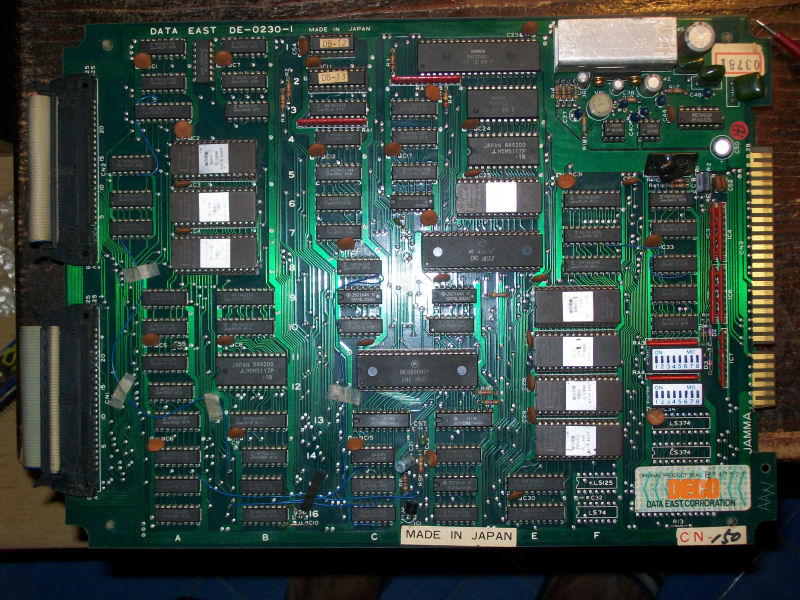 Board booted fine but it had a graphic issue since sprites were missing some lines: 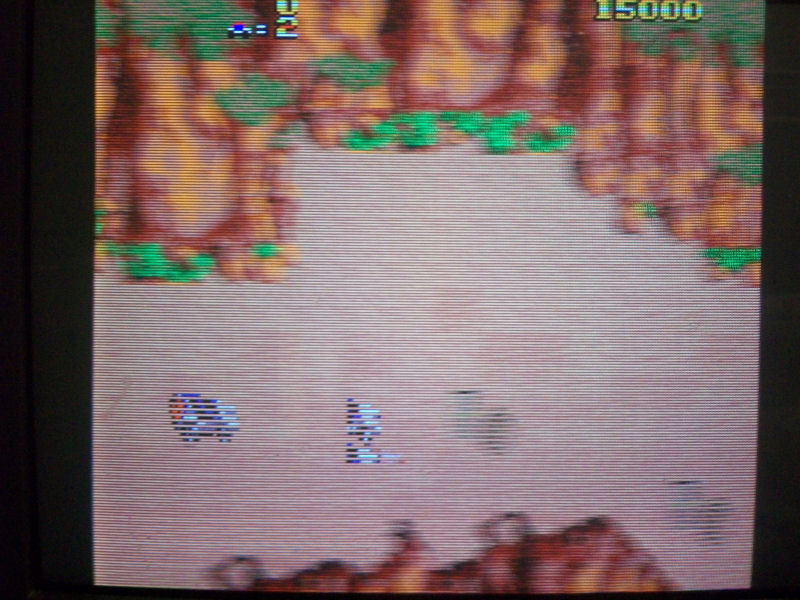 I noticed that problem went away if I flexed the board so there was some poor contact somewhere.In this kind of hardware all the graphics is generated in the bottom board so I reached it and found this:

Someone (certainly not manufacturer) replaced two TMM2018 300-MIL SRAMs with two 600-MIL equivalent ones adapting them in narrow sockets!For a better understanding of the package dimensions:

Not a neat job, for sure…Anyway, I could pinpoint sprites issue in the SRAM @11E (the one of the left picture) since problem was cleared when I pressed it.As you can see from picture they used some jumper wires on part side while patched some broken tracks on solder side : 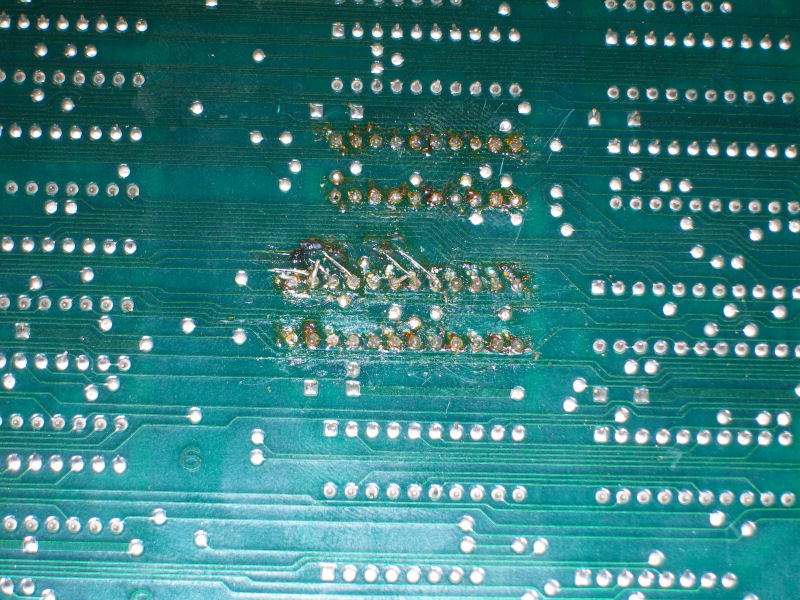 So, I decided to remove this hack, check that all the RAM connections were fine and use a proper 300-MIL chip in a new socket :

In this way sprites were stably restored and board 100% fixed. 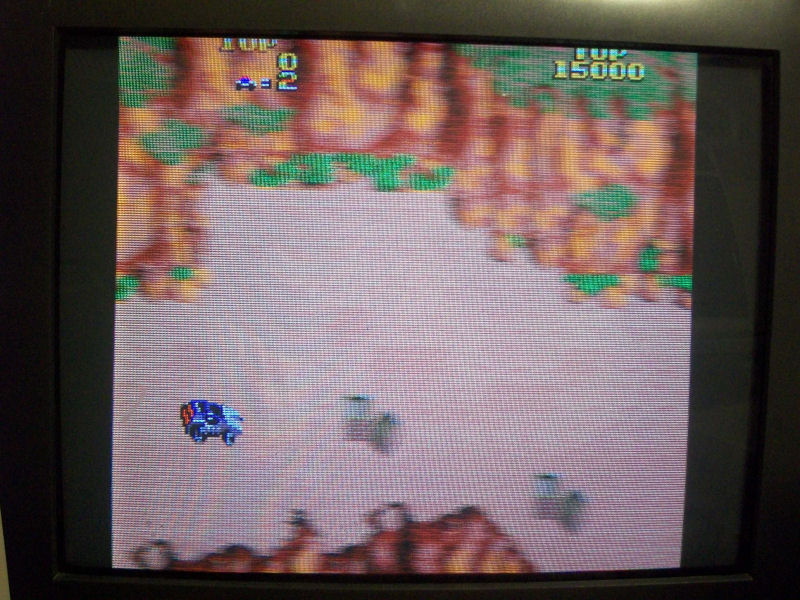