Received this Lifeforce PCB for a repair: 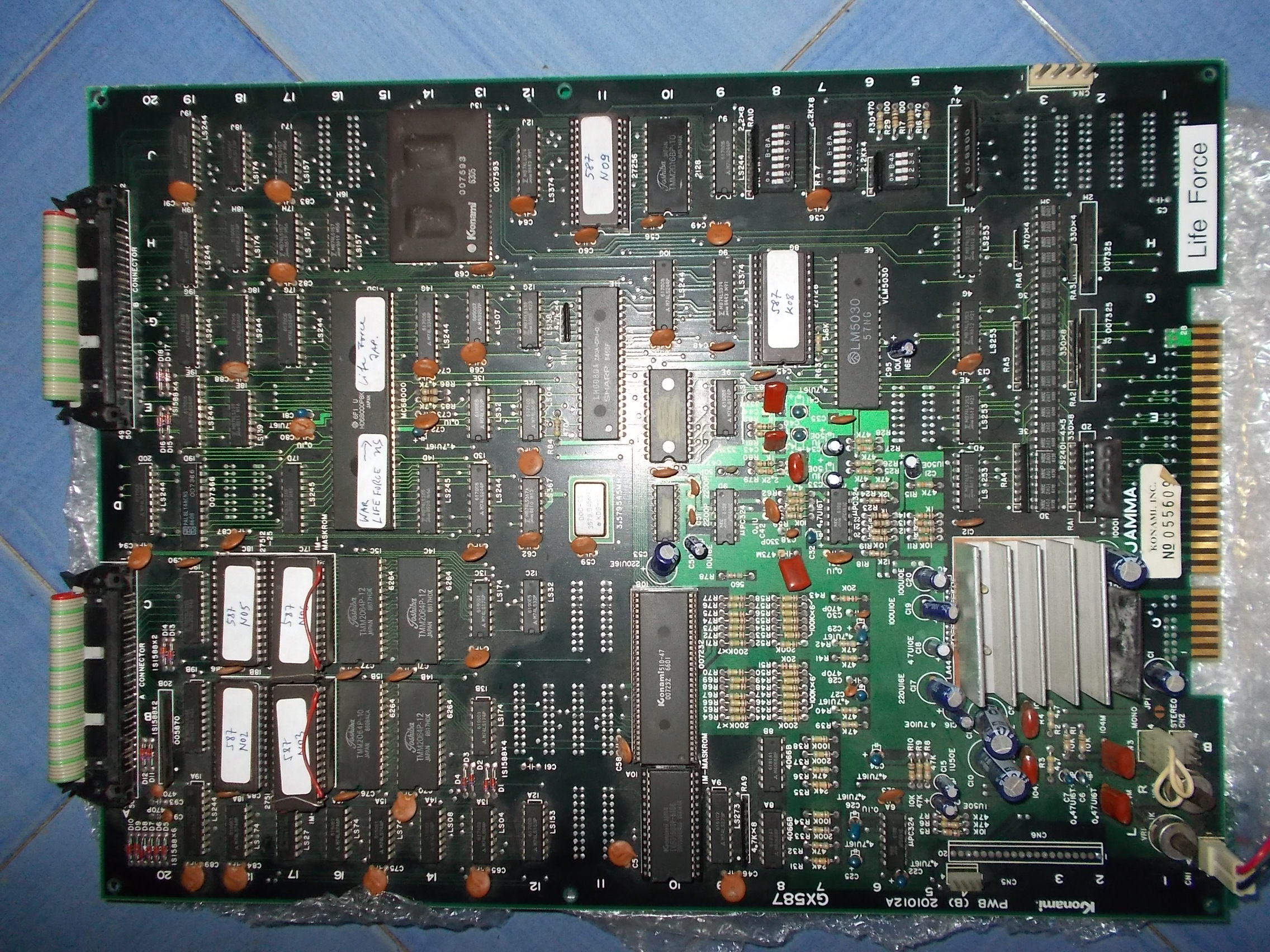 Board suffered from a backgrounds issue, screen was filled of blocks of garbage instead of correct tiles.Here a comparison with MAME snapshots.This in the title screen:

This is the in-game :

A video for a better understanding:

The hardware uses the famous ‘GX400’ video board : 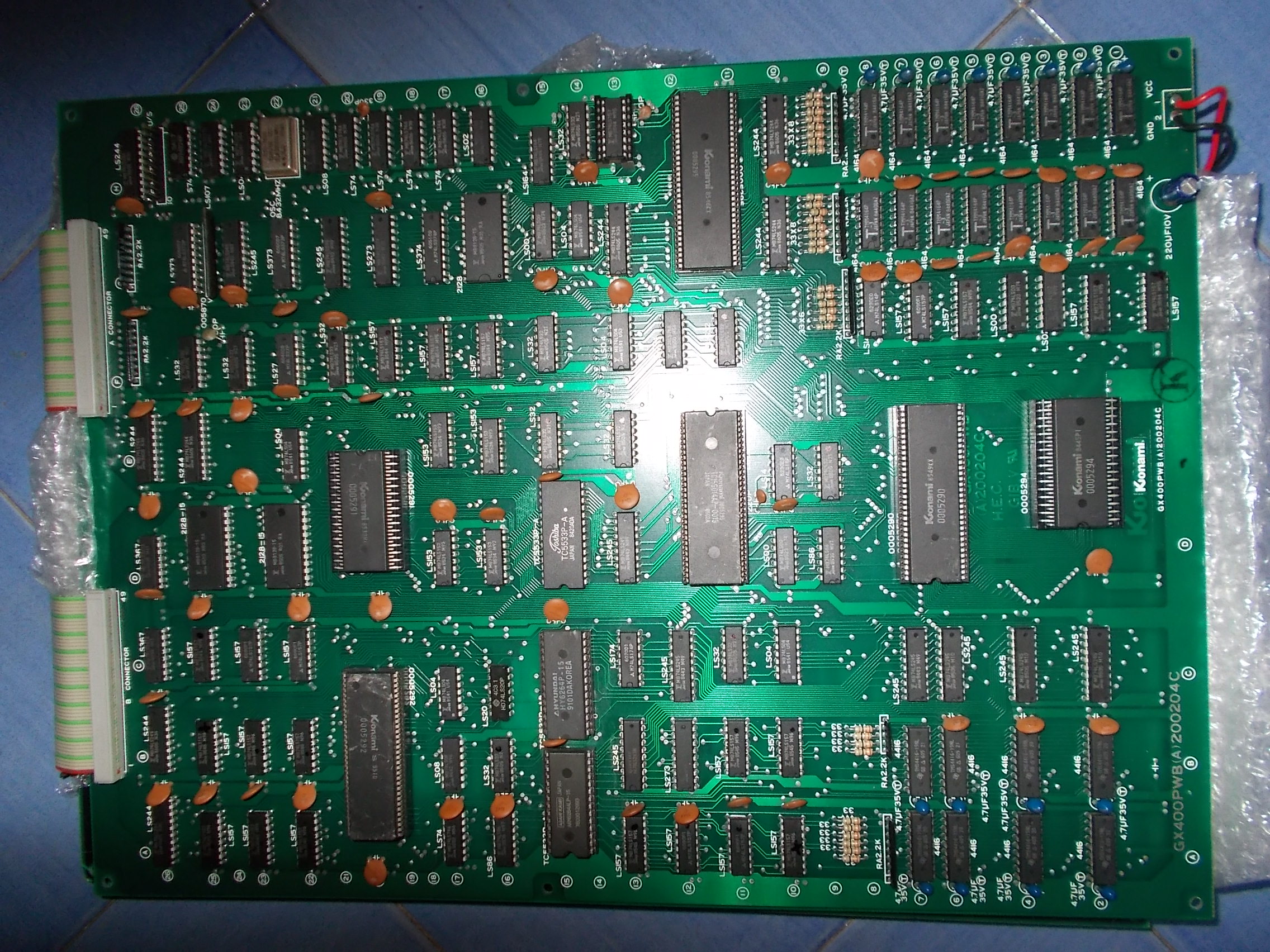 The peculiarity of this board is the lack of ROMs, all the graphics is generated by logic of TTLs and custom ASICs.Anyway I has a good starting point since the owner assured me the customs were all good so the problem was TTL related.So I started to check for abnormalities with my logic probe.All was good until I found some 74LS157 with stuck inputs.According schematics they come from a 74LS273 @12B: 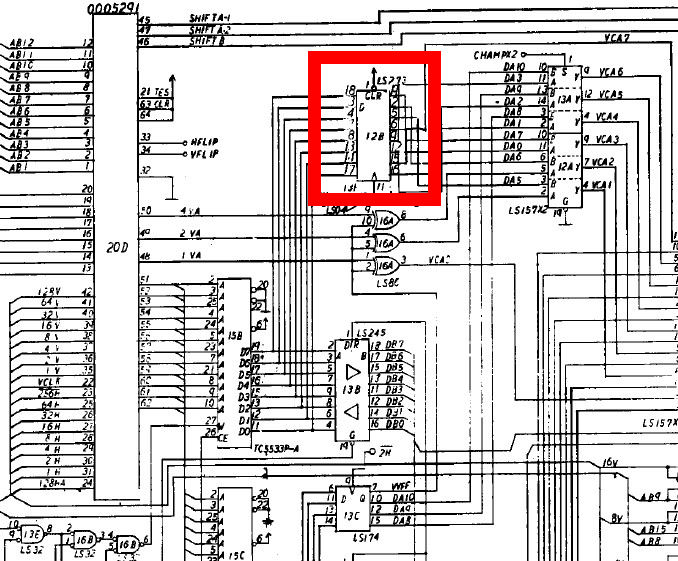 As you can see this TTL latches data bits from a 6464 SRAM  @15B which is addressed by the custom ‘0005291’ @20D (probably a tilemap generator).Probing it with a logic analyzer confirmed the outputs were all stuck low or high (only one gate was analyzed but all other were confirmed stuck as well with my oscilloscope) :

So confident I removed it (I forgot, obviously it was from Fujitsu): 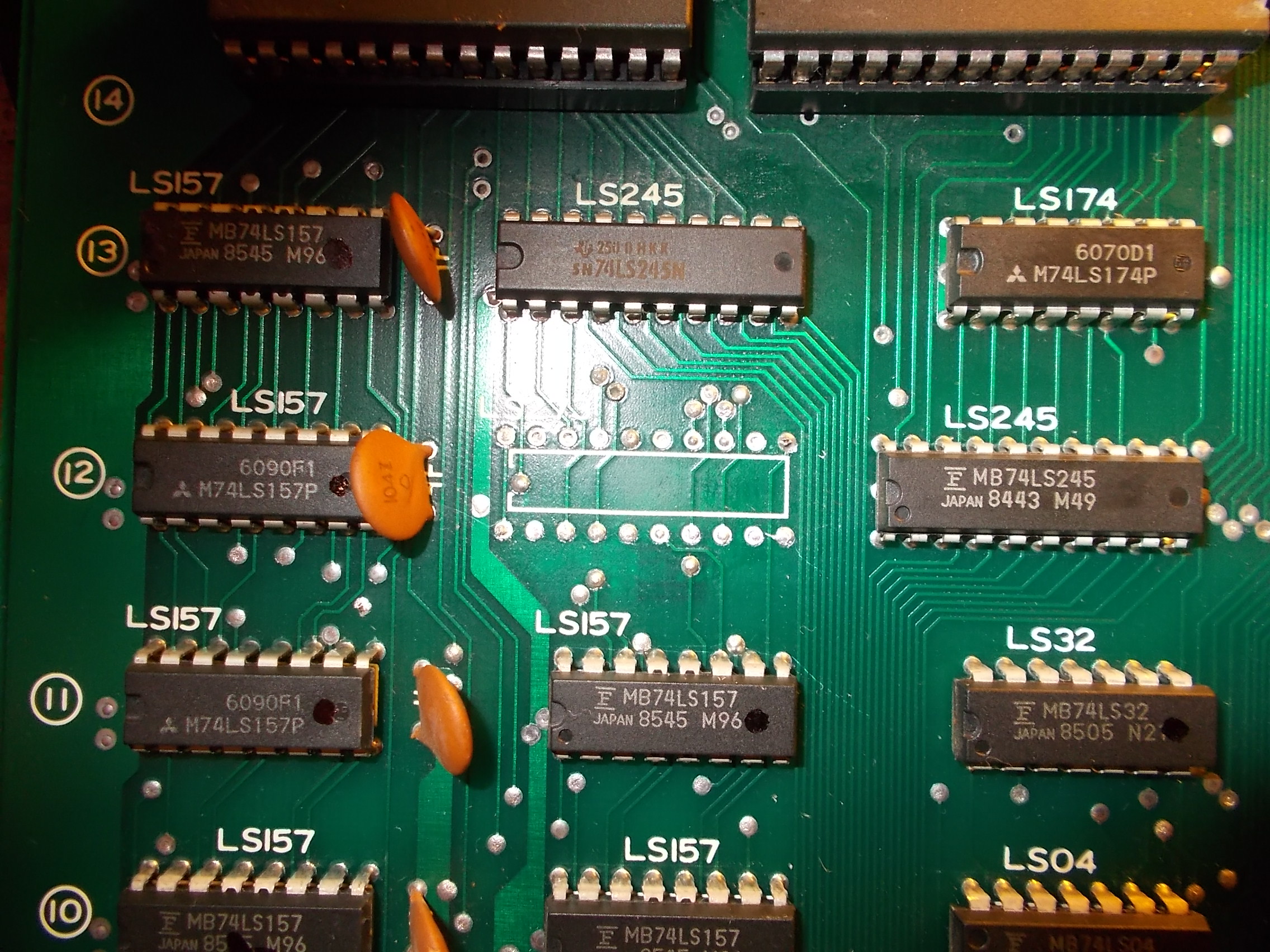 Once tested out-of-circuit, it failed miserably: 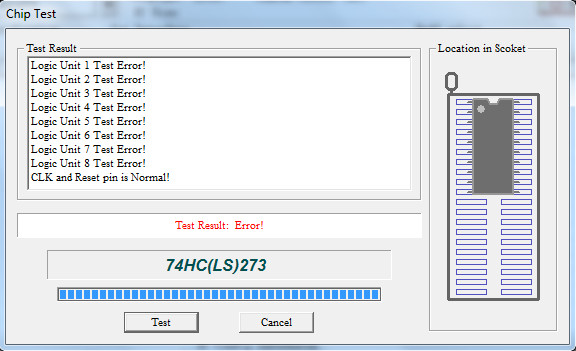 Fitted a rounded  machine-tooled socket and a good chip: 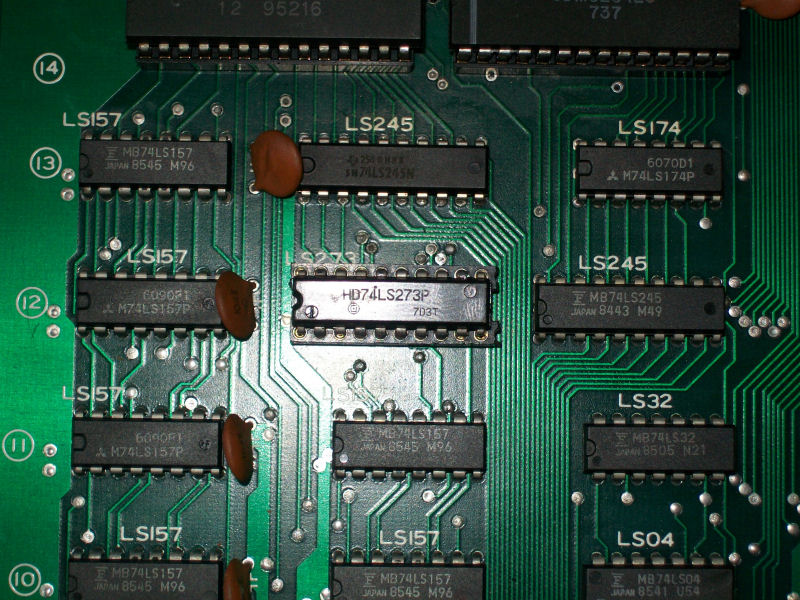 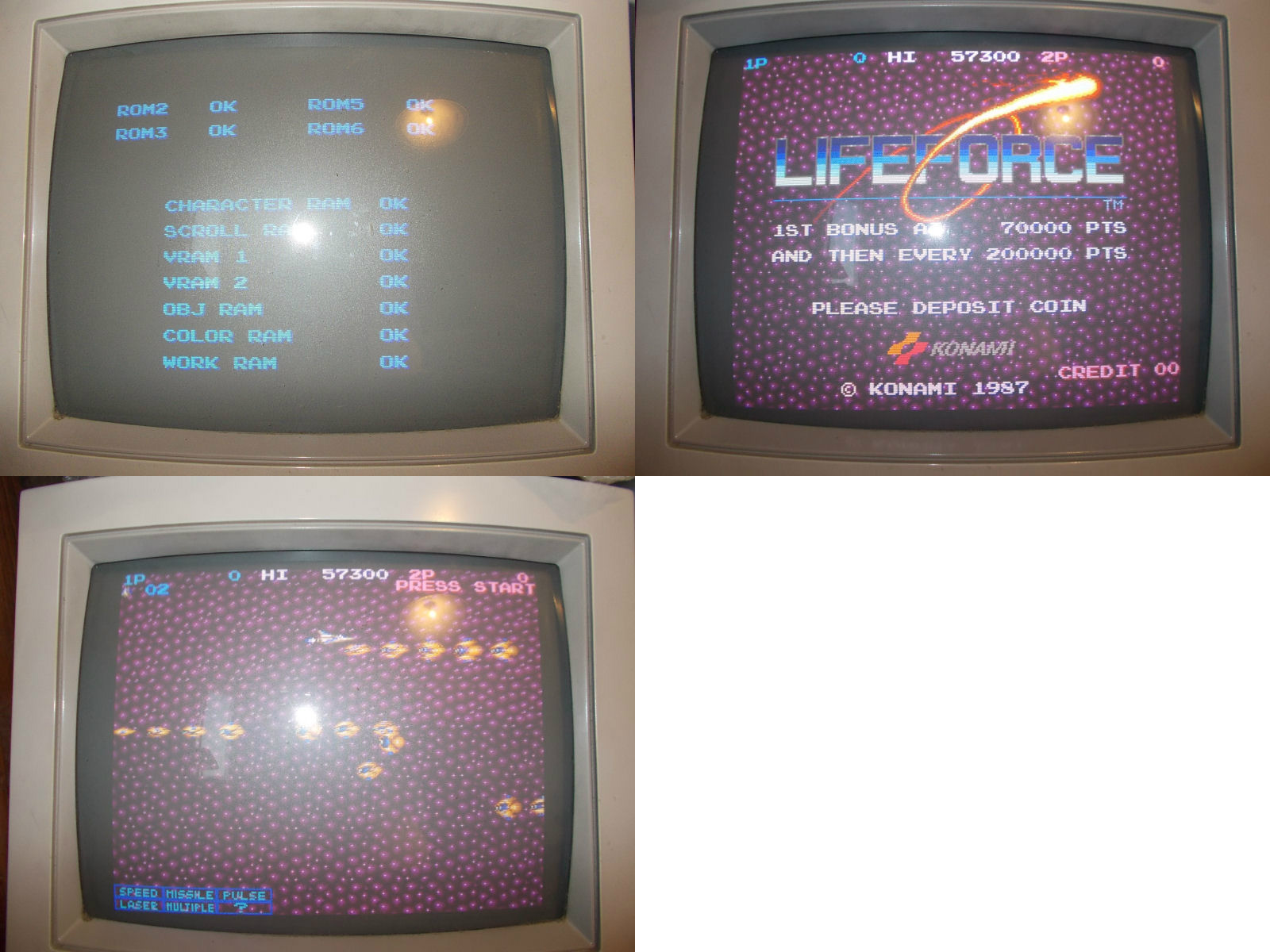 Once again Evil Konami has been defeated!See you in the next chapter of this neverending battle…