Found this Konami Lightning Fighters PCB buried somewhere in the pile so today I decided to take a look at. 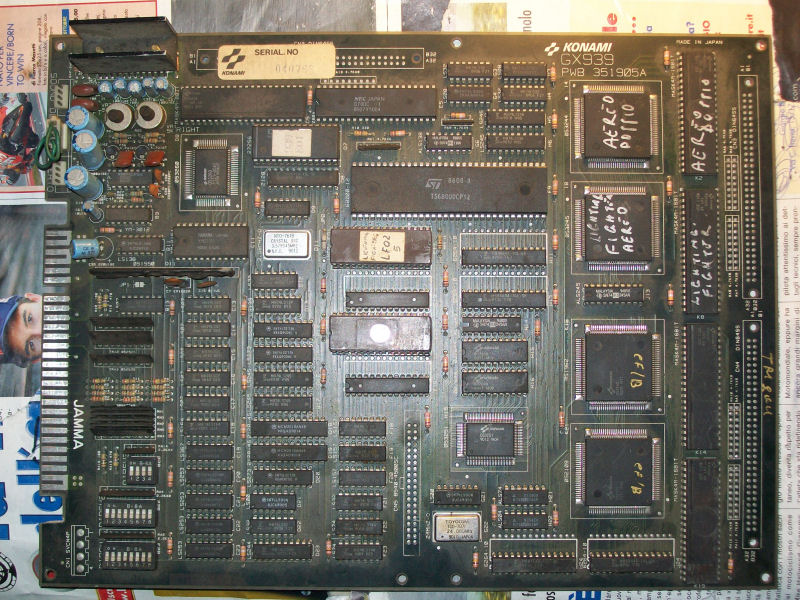 I know quite well this kind of hardware since I repaired two of them in the past and I can say it’s not really complicated, the use of graphical ASICs simplify a lot the PCB layout and troubleshooting.

Once powered on I got a solid black screen.Probing the main 68000 CPU revealed that watchdog was active and board was resetting endless.Dumped the two program ROMs gave me bad dump of the one @E15.Once reprogrammed a 27C010 EPROM, board succesfully booted but all colors were clearly wrong: 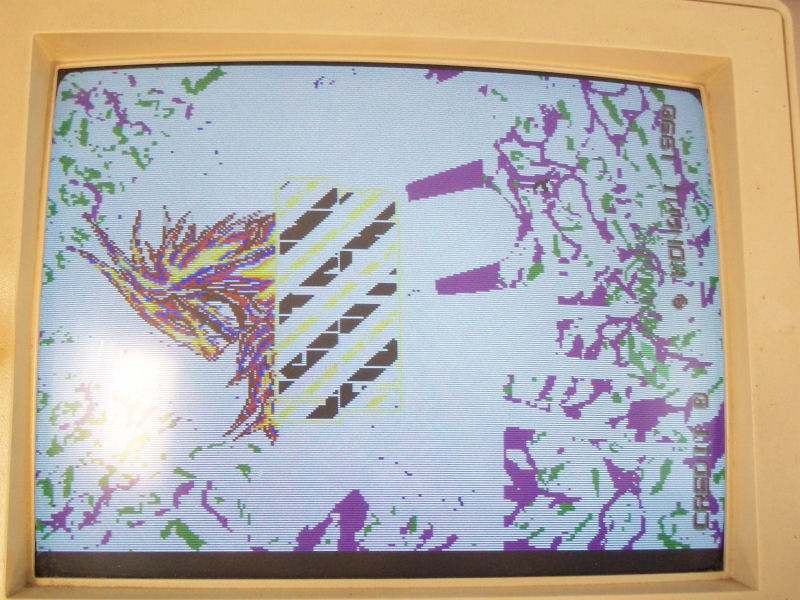 Schematics of this game were available so looking at them revealed that color RAMs were two 2018 @D18 and D19.Probing these two static RAMs I found some addressing lines not pulsing fine.All of these were tied to the four outputs of a 74LS157 @F19 (whose inputs were connected to address lines of 68000 CPU and ASIC marked ‘053251’ so this was how the two colors RAM were being addressed) .

Piggybacking a good 74LS157 restored all colors.Using my HP10529A logic comparator was a further proof of my suspects that were confirmed definitively testing this multiplexer out-of-circuit where it failed miserably: 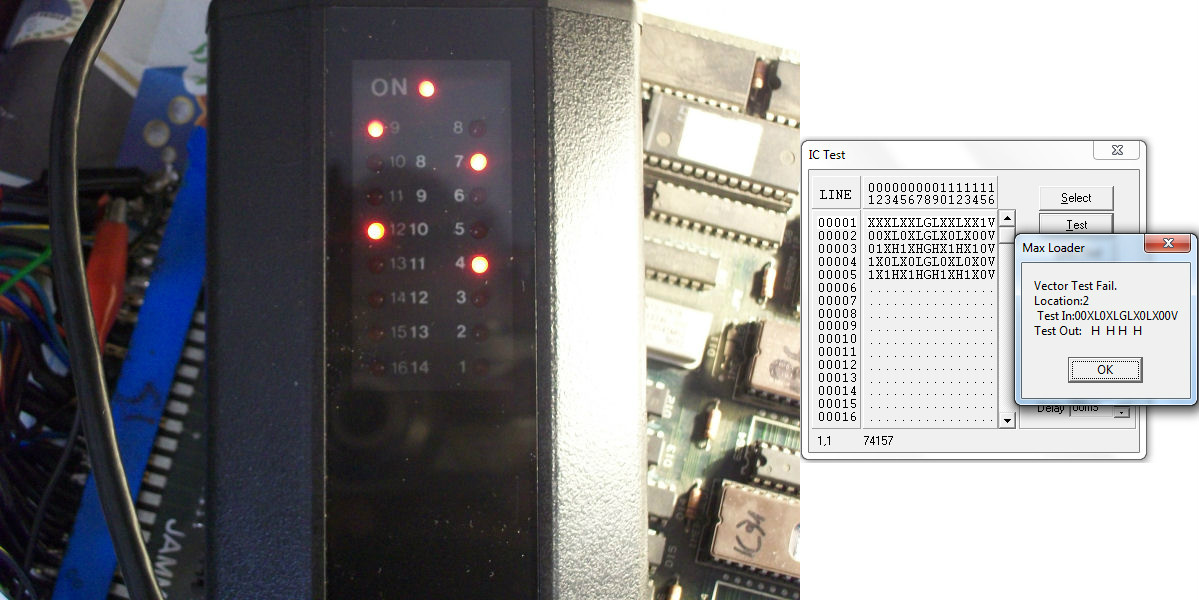