Received today from Spain this Lightning Fighters orginal Konami PCB (bought on Ebay some days ago): 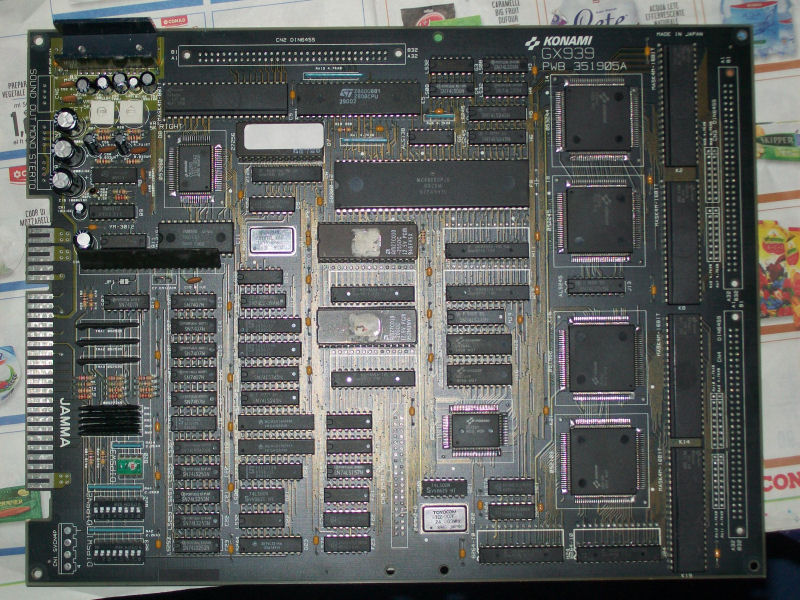 He was right (positive feedback for his honesty…)

I immediately thought it was something related to tilemap generation since part of screen was doubled and drawn in wrong place while sprites were good.So, I started to check this part of circuit.This hardware, like many other from Konami, use some ASICs in QFP package to generate parts of graphics.This PCB uses two of them to create the tilemaps, they are marked ‘052109’ and ‘051962’ and always used in pair.Checking them I found a couple of  lifted pins on the one marked ‘052109’, I reflowed them but issue was still present.

So I started to think about : technically speaking, an ASIC behaviours like a CPU, so in this case it takes datas from graphics ROMs and stores them in RAMs.When it wants to read these stored datas, it addresses the RAMs.

So  my issue should have been due a bad RAM adressing since screen fullfilled of zeros, graphics drawn in wrong place are clear symptoms of it.So, I started to check the two 6264 SRAM @H24 and J24.All address lines was shared between except for A2 (pin 8).This abnormality was also confirmed by schematics: 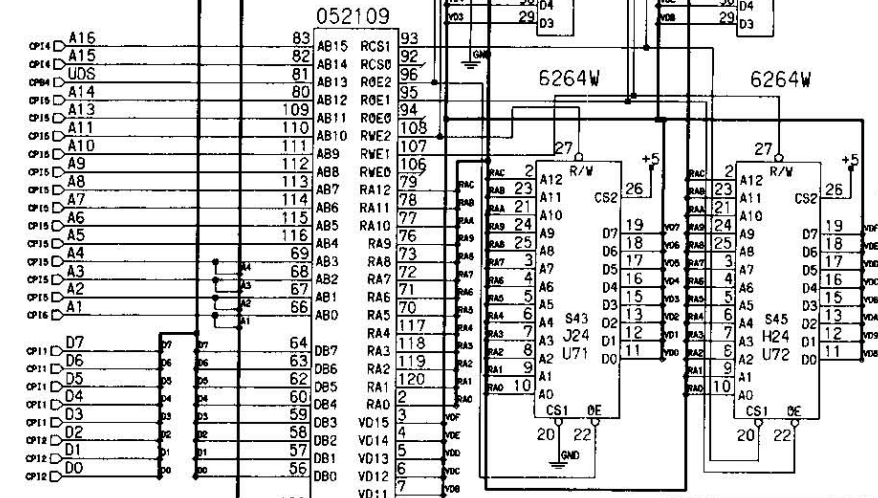 I noticed that someone replaced (or desoldered for testing) these two SRAMs previously so probably he managed to cut the track between the two address lines.So I jumpered them with a bit of AWG30 wire and all graphics came back to normality:

What can I add more?End of job!