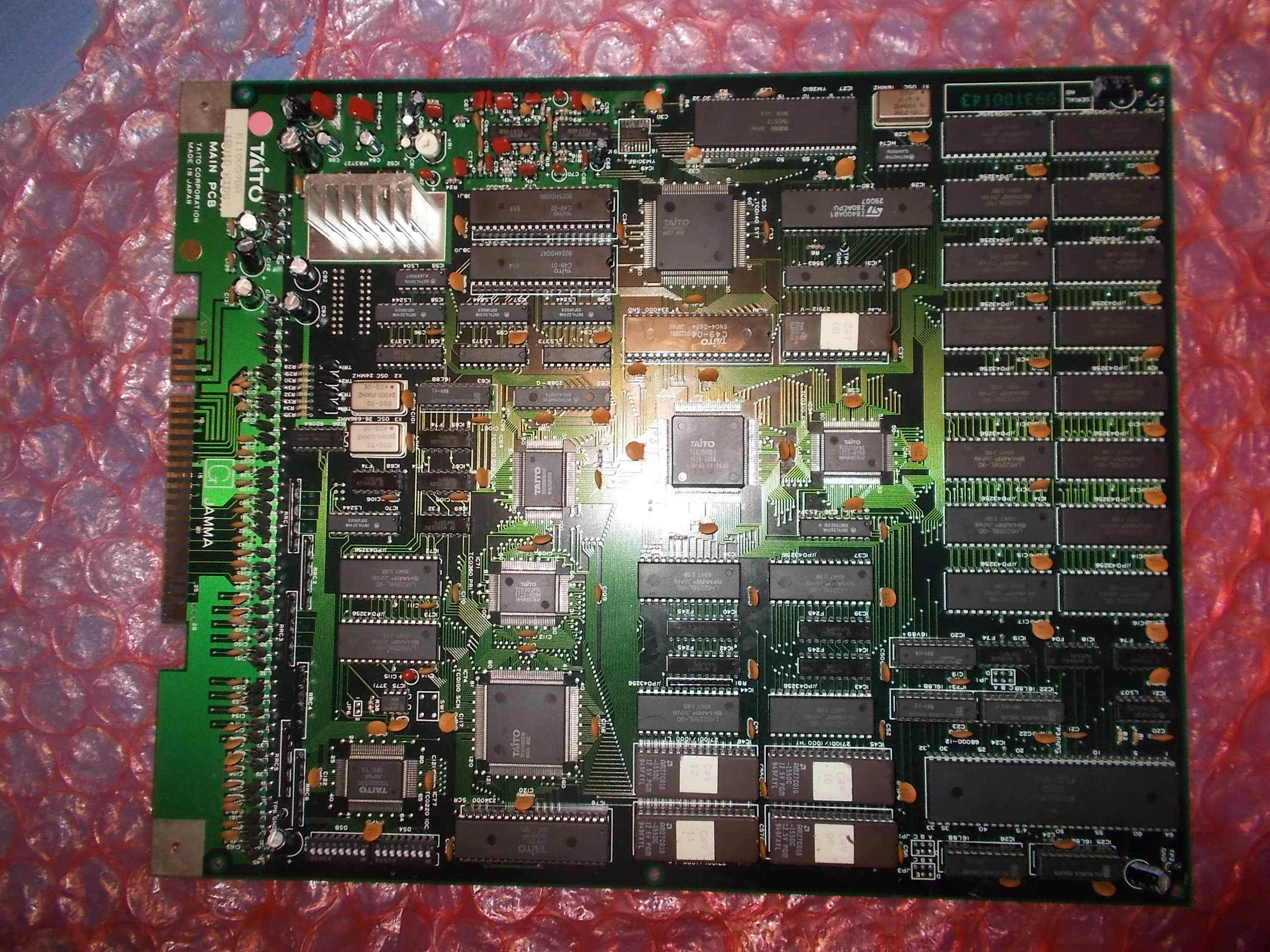 Board was working fine except for sprites, they had jailbars through:

First of all I dumped the two 4Mbit MASK ROMS which store sprites data, they turned out to be good.This part of graphics is almost entirely generated by a custom ASIC marked ‘TC0200OBJ’ which showed some sign of previous rework on my board : 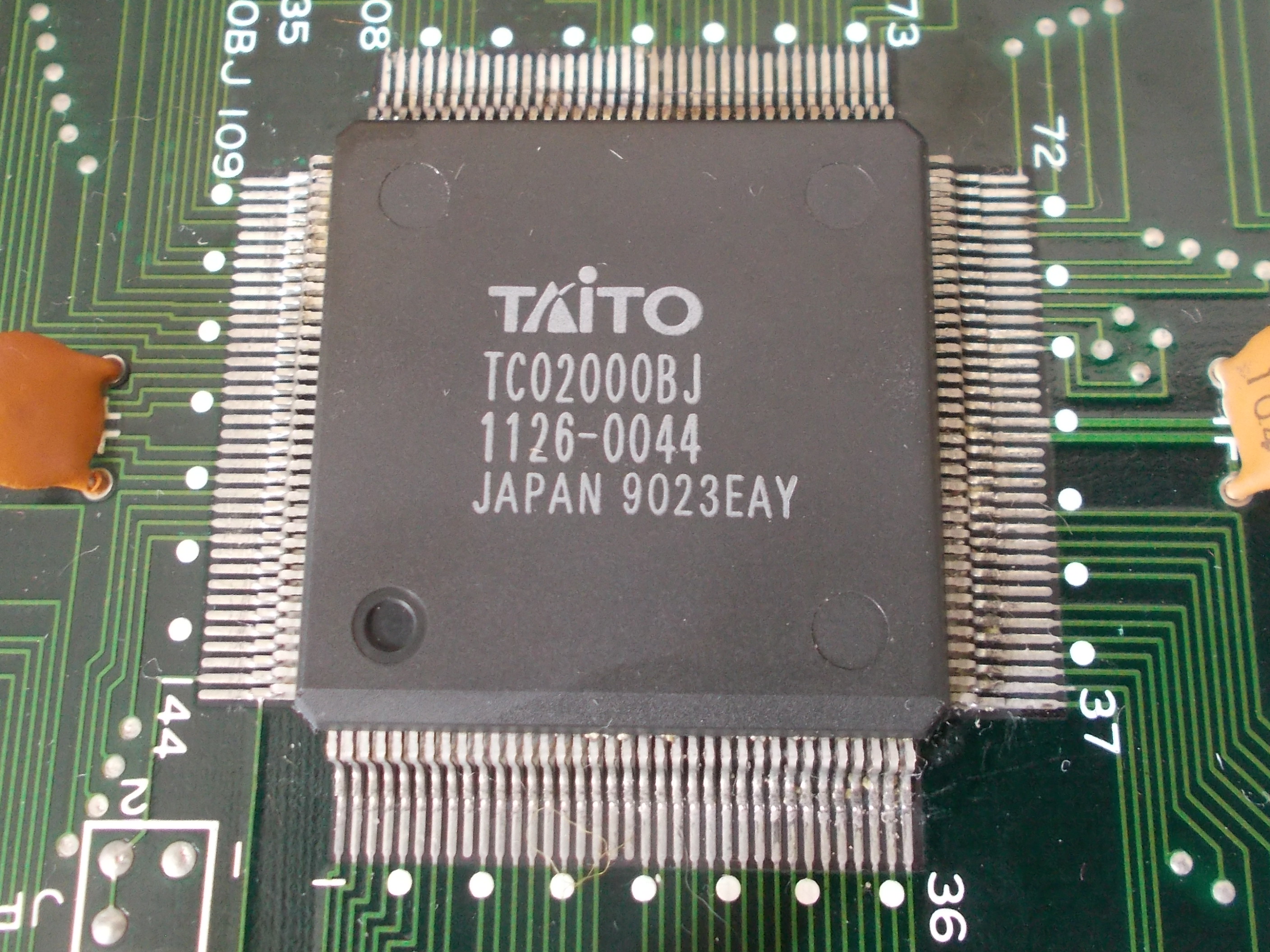 We can see pinout and implementation of this custom in the Final Blow schematics : 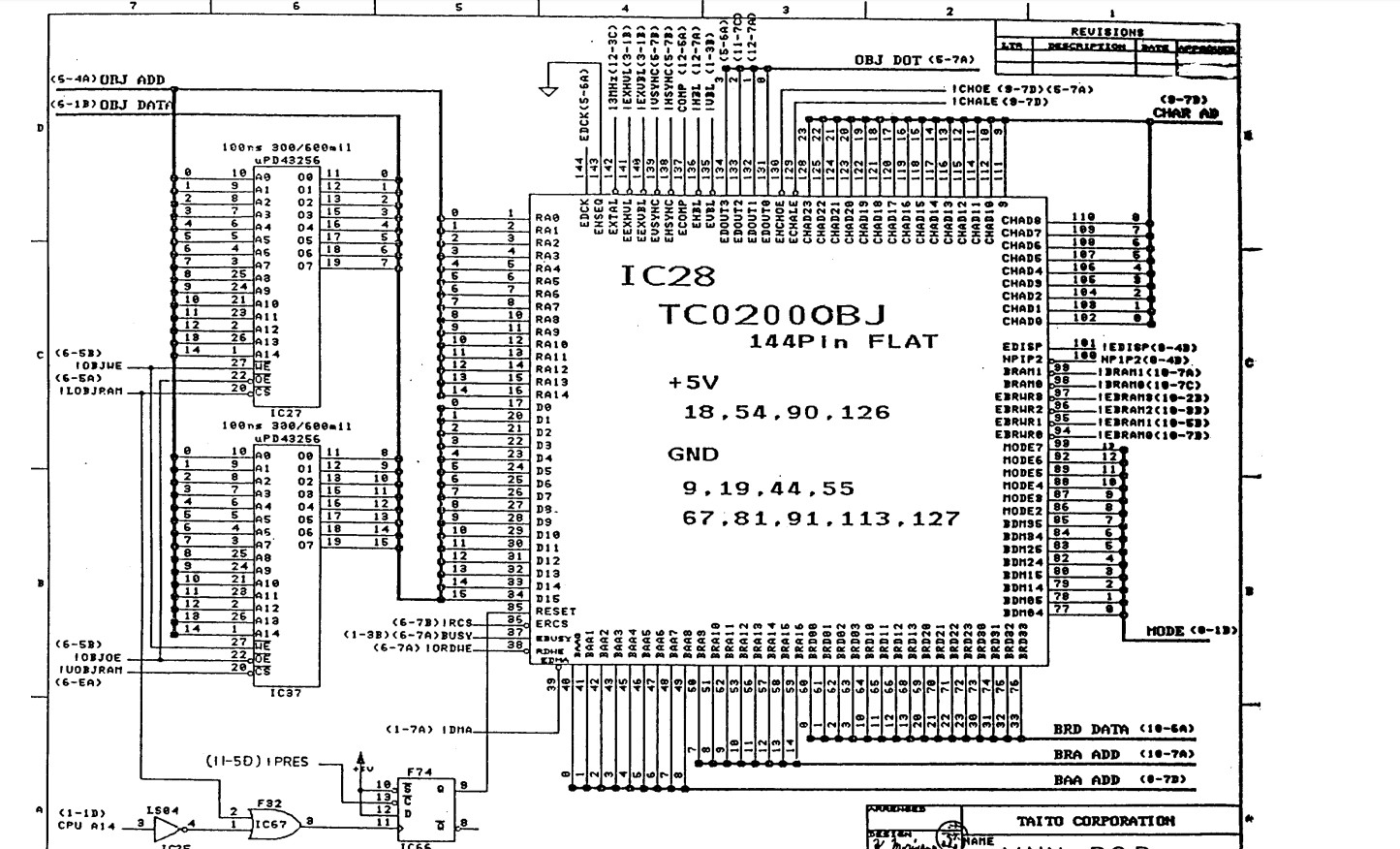 Probing with a scope its outputs data pins revealed some unhealthy signals (shown on the right on the below snapshot, good on the left)

I decided to remove and replace the ASIC: 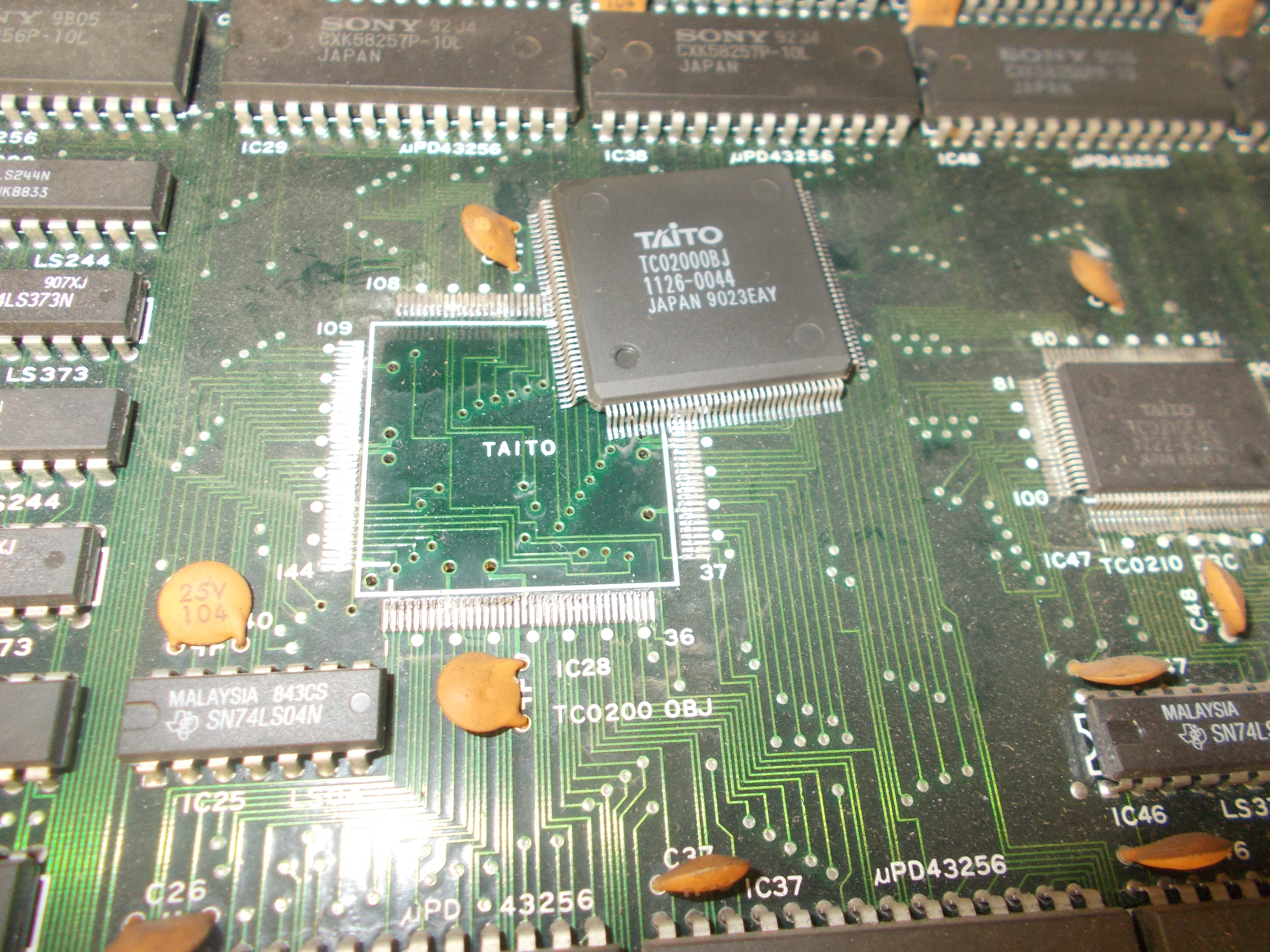 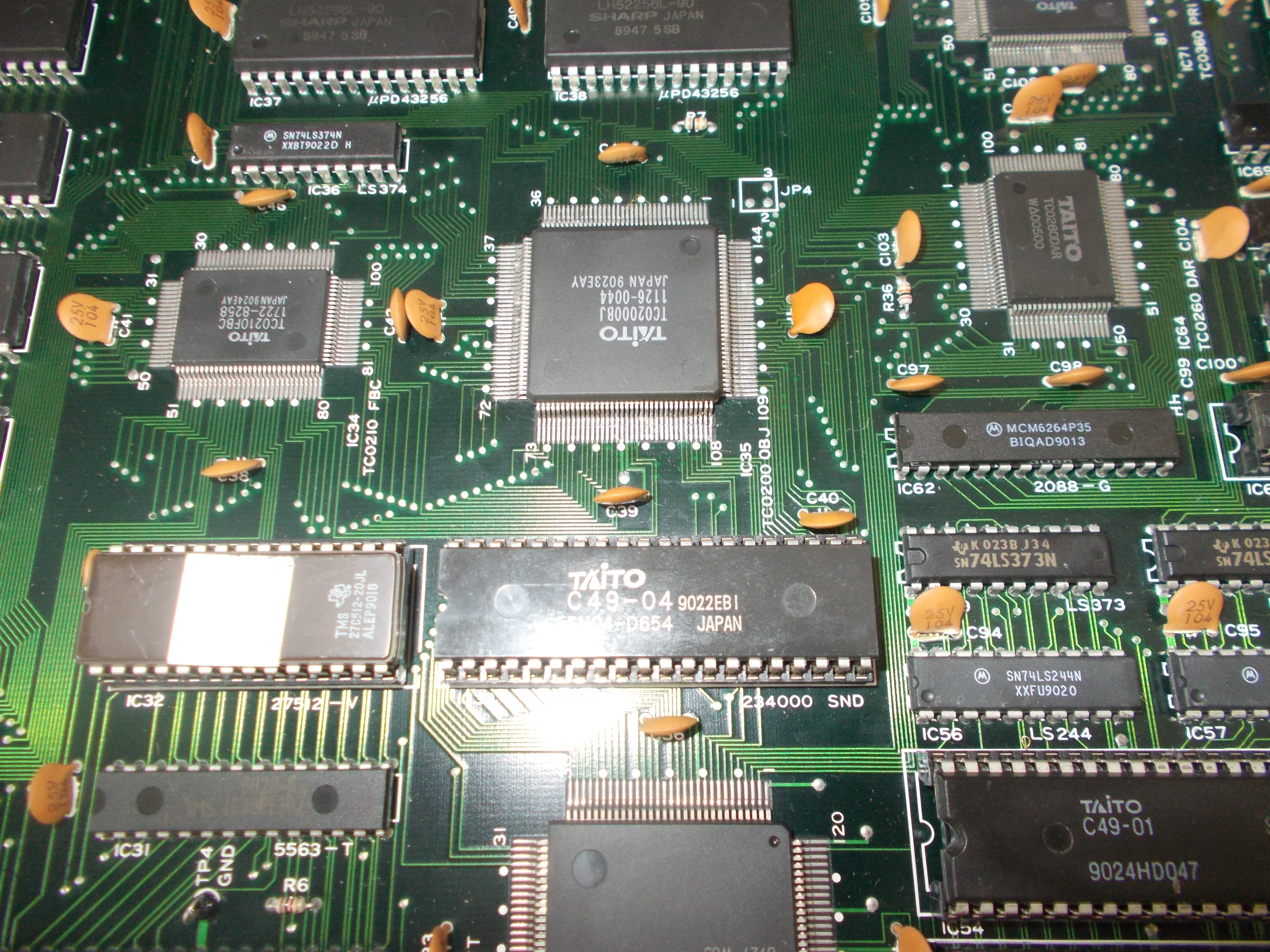 The jailbars were gone.Job done. 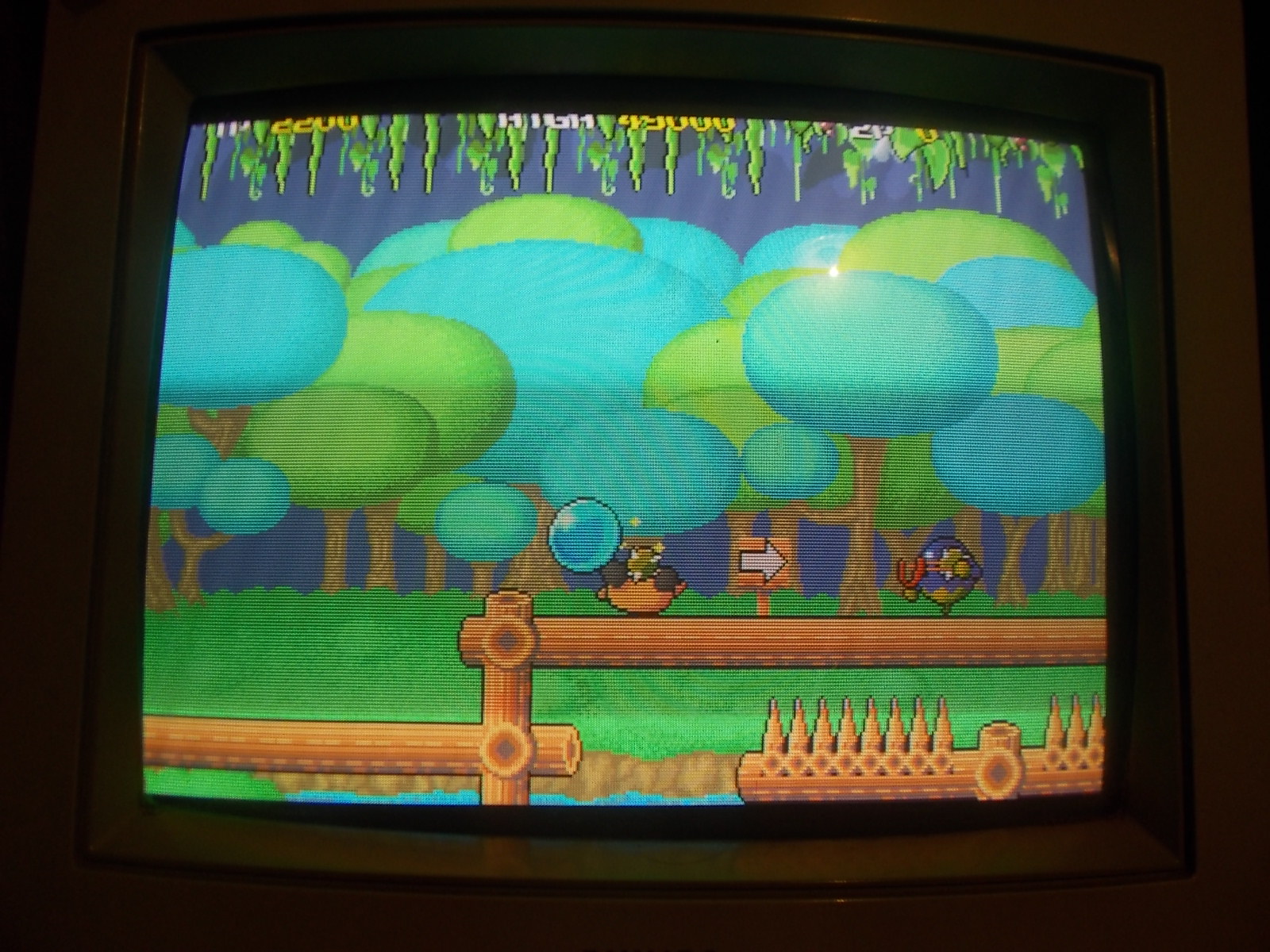