Received this Mach Breakers PCB from a friend for a repair (it turned out to be an undumped World revision, I alread submitted it to MAME) 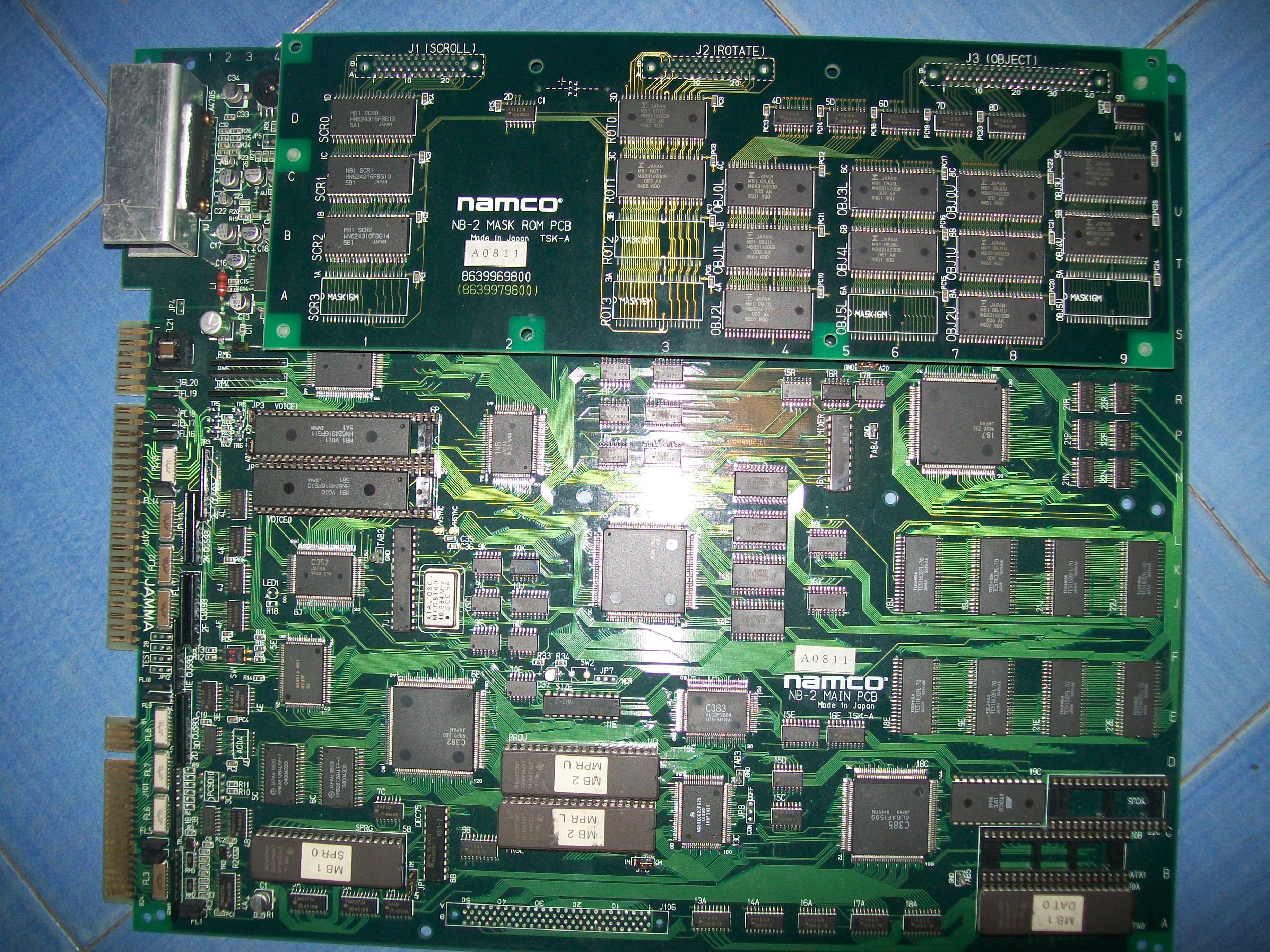 Game was released by Namco in 1994 and runs on a powerful hardware platform called ‘NB-2’.Here is ovrview:

The board was faulty, most of sprites had jailbars: 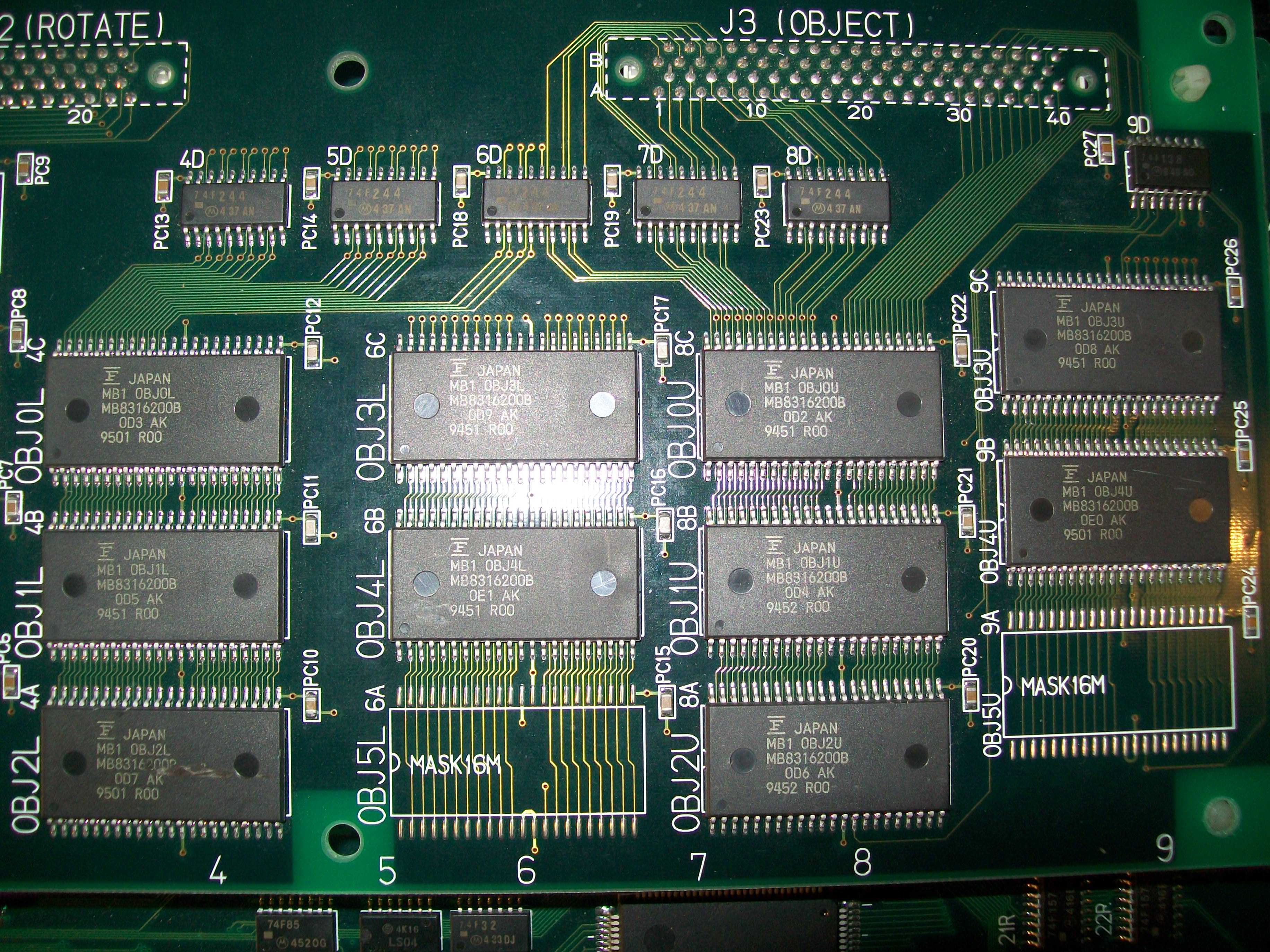 Probing them with a scope didn’t help much since each column of devices has shared address and data busses.So I proceeded in this way.I created some empty binary files (2MByte each one) and loaded them one at a time in MAME in order to reproduce the issue and pinpoint which devices were bad.When I did it for the ones @8A-8B-8C I got pretty same artifacts under emulation:

So I went to remove these MASK ROMs starting from the one @8A of the column : 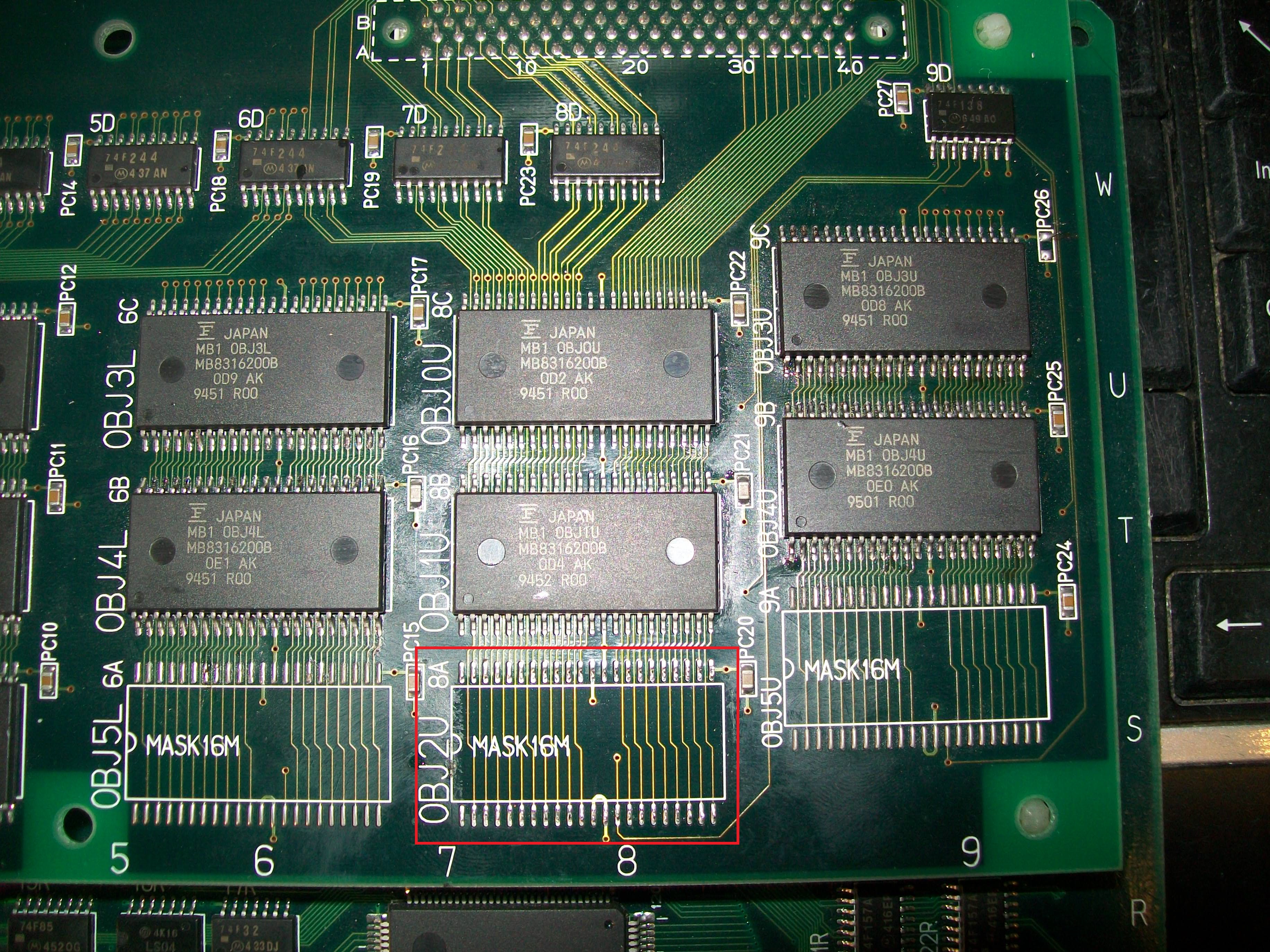 And I hit it since I was not able to get always same CRC when dumping it so device was really bad.Replacement for the MB8316200 is a Macronix MX29F1610 Flash EEPROM which has same pinout (except for pin 1 and 44 which are used for programming)

Luckily I was able to find among my spares a donor board where to take the devices from : 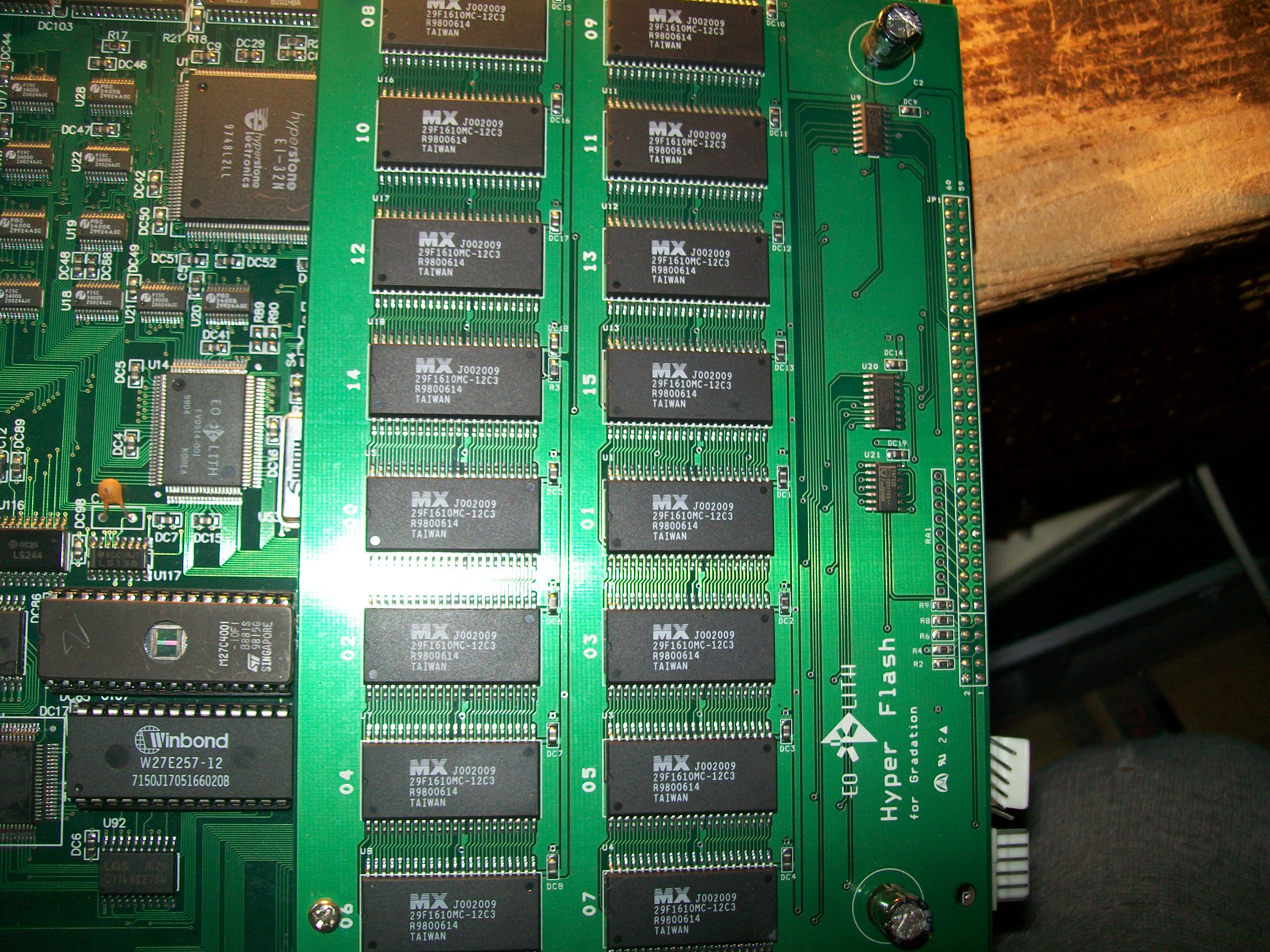 Time to program it using a SOP44 to DIP adapter: 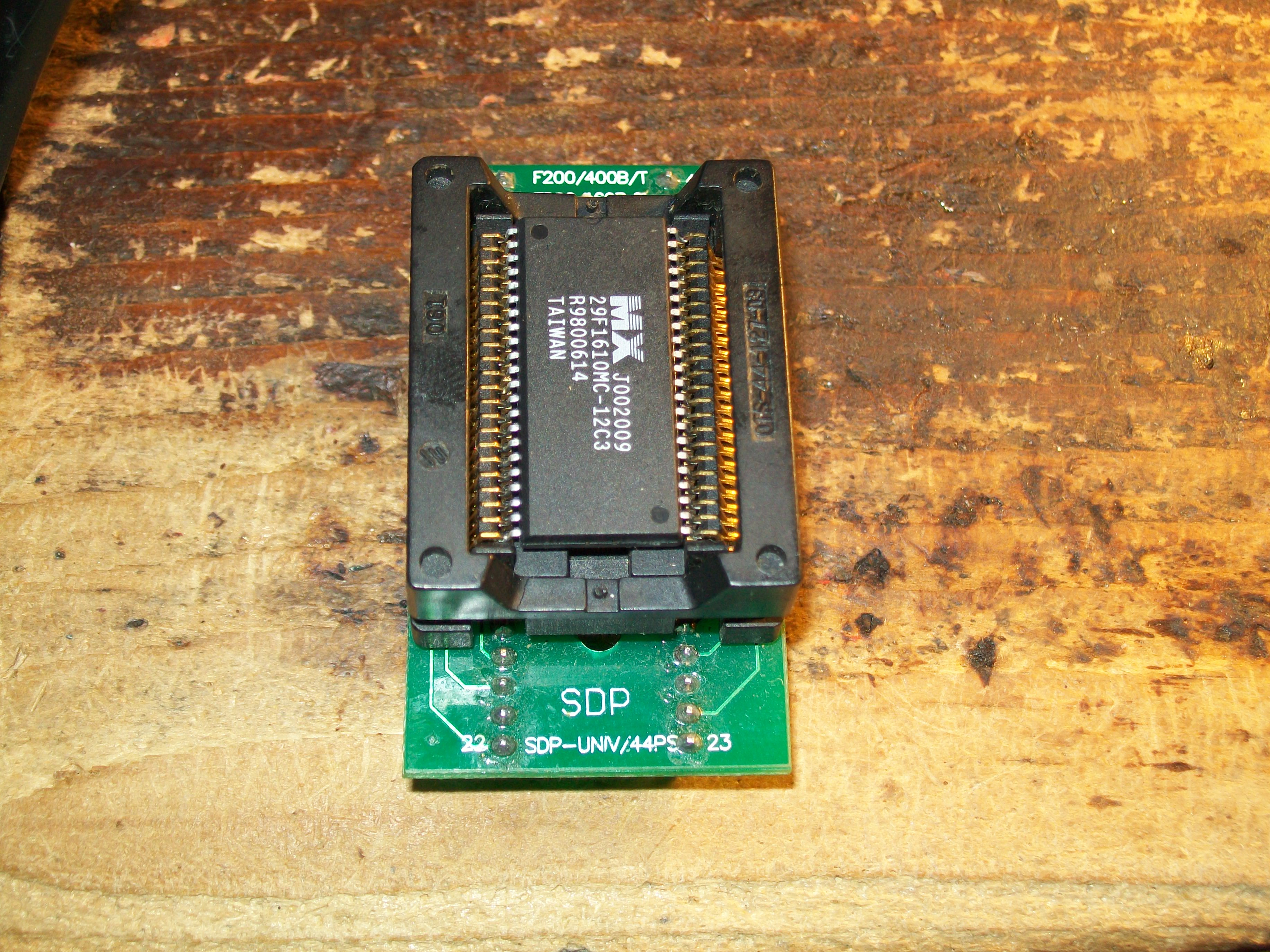 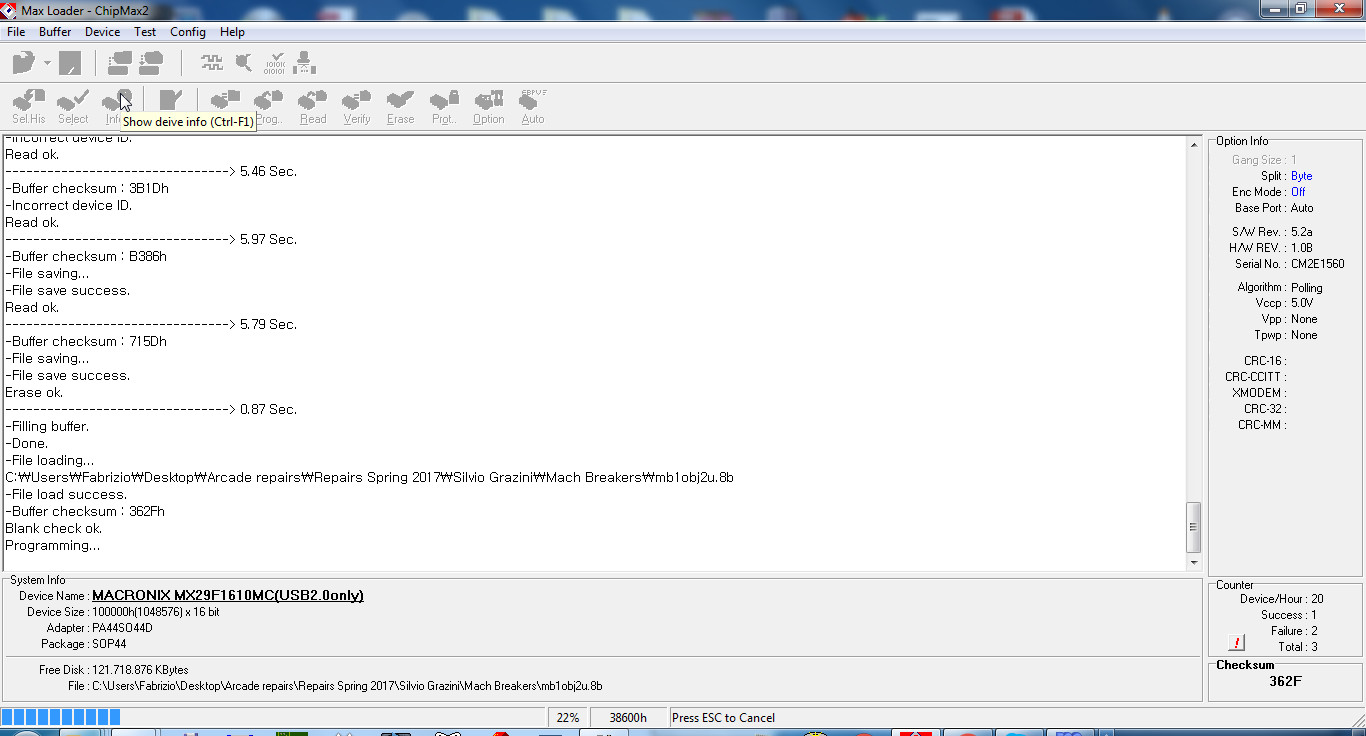 After soldered it on board I got a big improvement, jailbars were gone away but there were still dots on sprites:

Again I went to corrupt the MAME ROM files and I could pinpoint which was the involved device: the one @4C.I removed it : 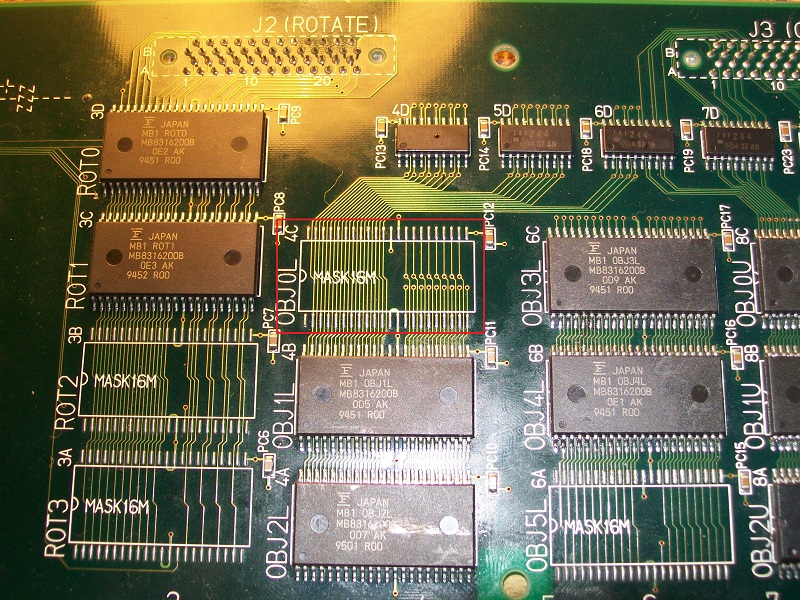 I dumped it several times and obtained different CRCs at each reading, it was really bad.As further proof I loaded one of these bad dumps in MAME and I was able to reproduce exactly the issue:

I programmed a new MX29F1610 EEPROM as replacement, this fixed completely the board:

Not only bad TTLs from Fujitsu! 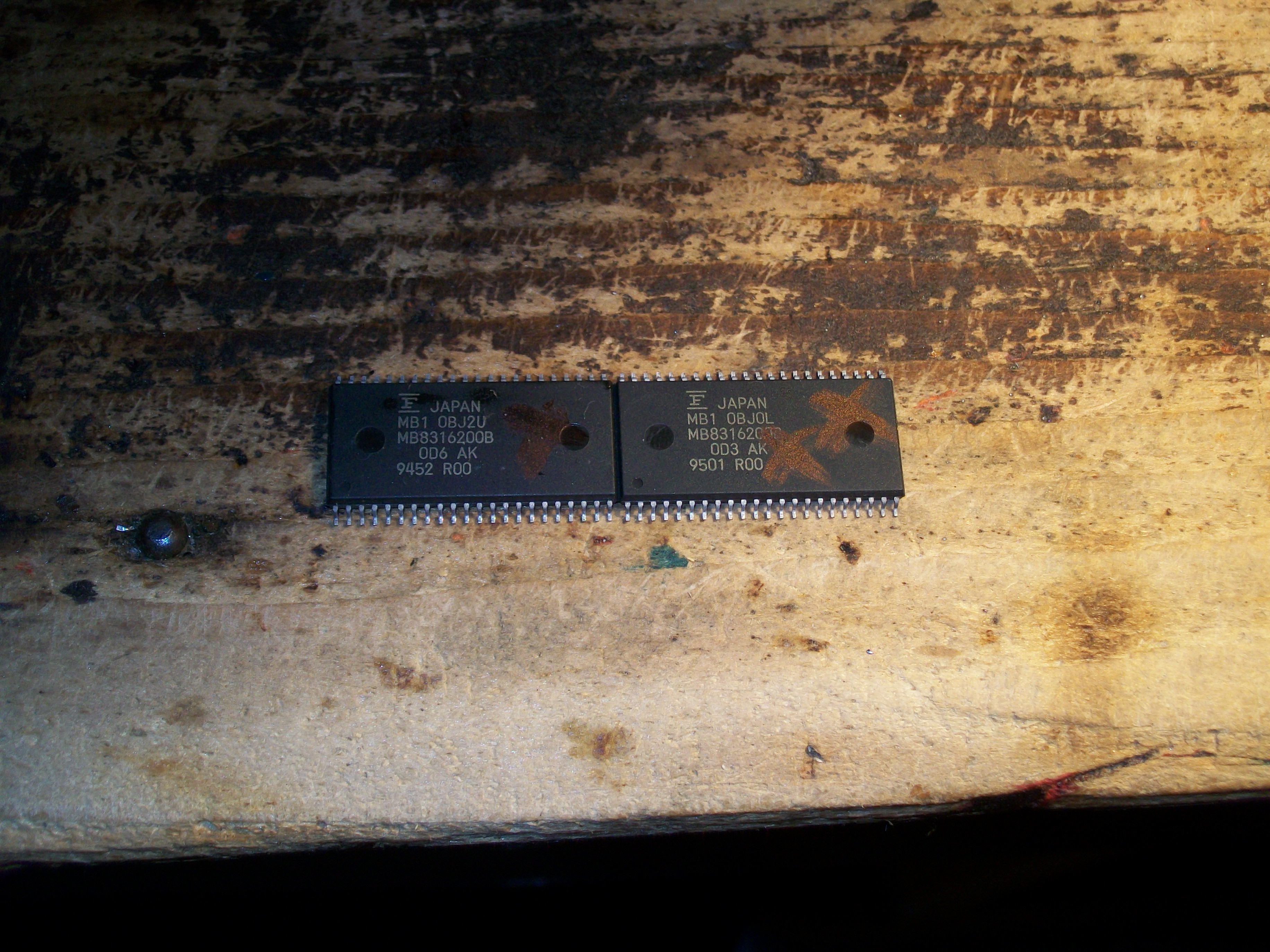