This game had been in my collection for about 14 years. I decided to make a play but the game displayed a RAM NG text and didn’t boot 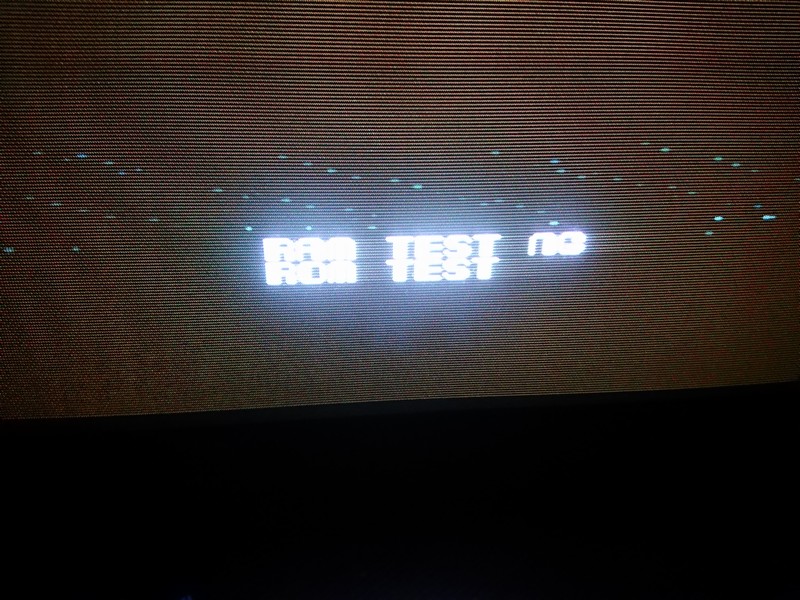 Thanks to Kale from mame team, I discovered that the game does a simple check but decrementing some values in ram and read them back.

Therefore I decided to desolder the program srams to check if they were good. The game has only 2x 2016 toshiba rams. 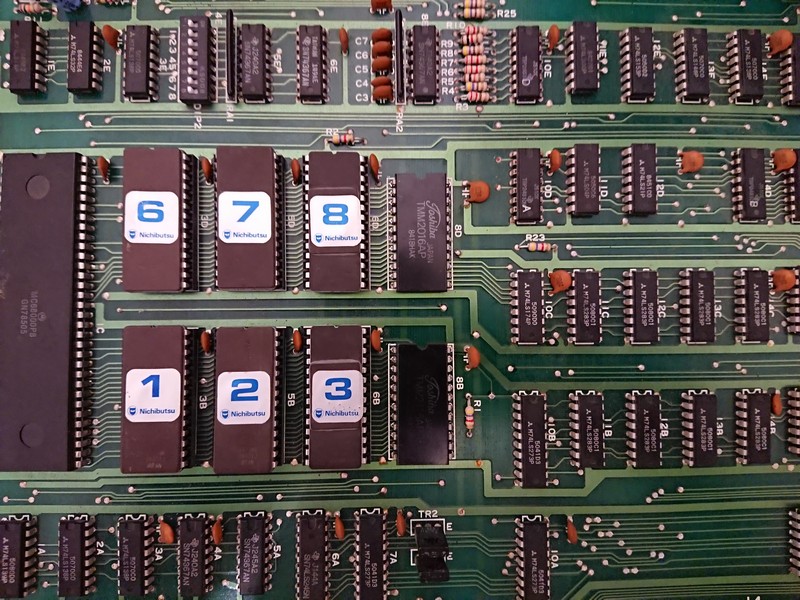 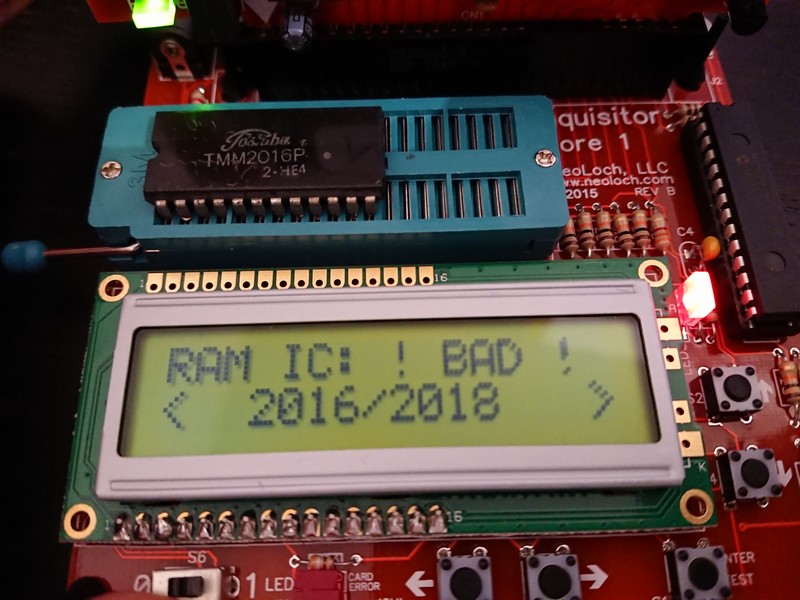 I resoldered it and this time the game booted with RAM NG briefly shown and behaved strangely. You couldn’t shoot and parts of the scrolling was repeating.

I decided to desolder also the second one since the game still complained about the ram.

Also the second one was bad! 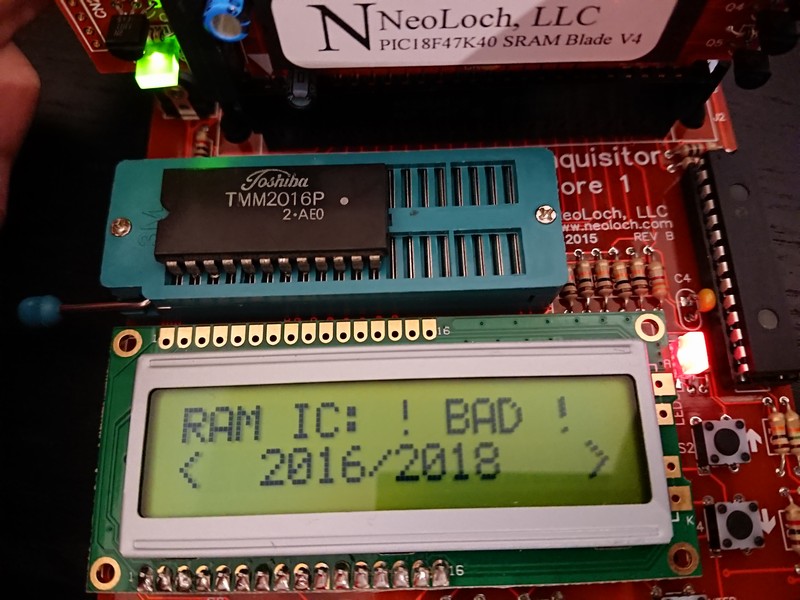 After changing also this one, the game was 100% fixed 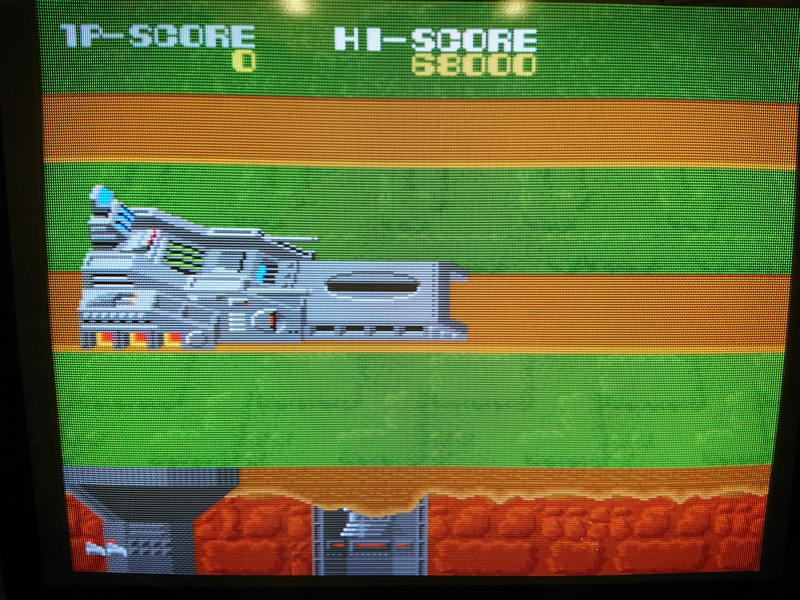