Had on the bench this Marchen Maze PCB (Namco System 1 hardware) : 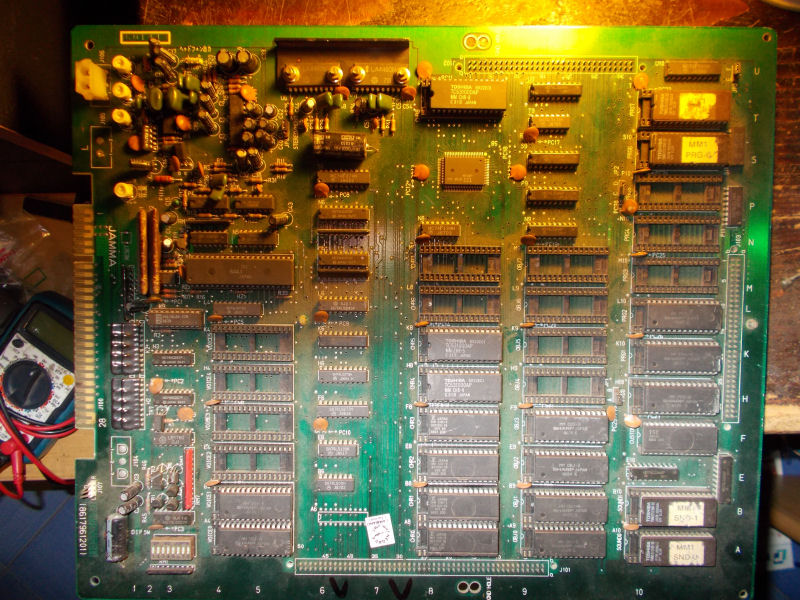 On the power up I was greeted by this screen: 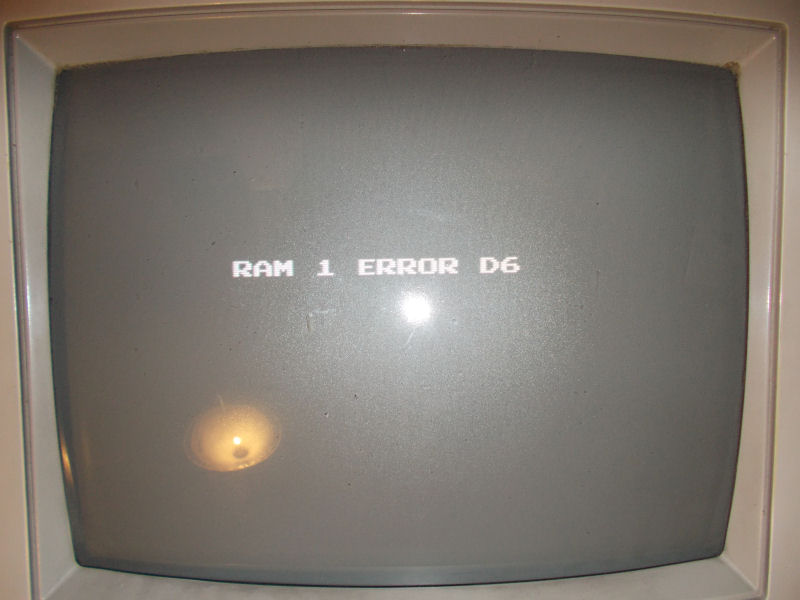 The RAM @D6 is a 6264 located on CPU board (fault was surely on this board since I succesfully swapped a good one) used in pair with another one @E6 , both are adressed by the near custom ’48’ which is a sprite address generator: 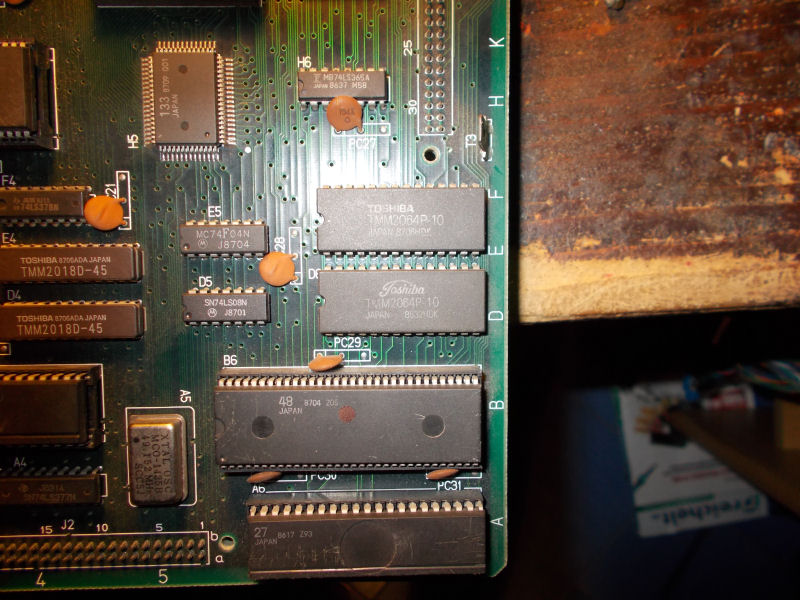 For first I went to replace both RAMs (sometimes the board booted showing an error also on the one @E6) but this didn’t cure the problem as well swapping a good known custom ’48’ had no effect.Probing these RAMs revealed some address lines stuck high.Looking at the schematics of Pac-Mania (which runs on same hardware) I figured out that adress lines from custom to RAMs are driven by two 74LS365 @H6 and @L6.

Parts mounted on the PCB were from Fujitsu which means high chance of failure: 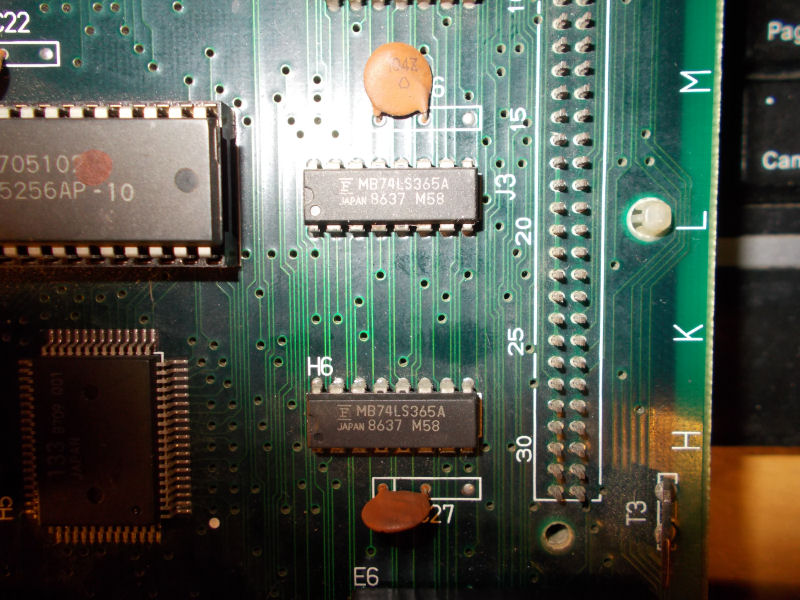 After a quick test with my HP10529A logic comparator (which confirmed me troubles on all outputs) I decided to remove them.They both failed in my programmer: 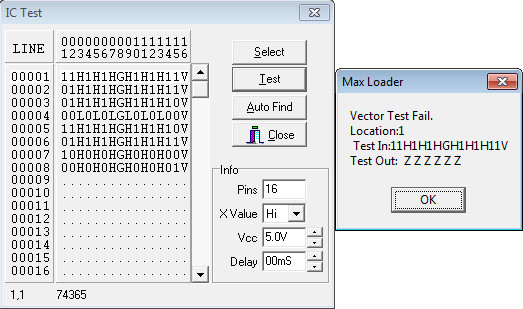 This cleared the error on startup so board successfully booted into game but sprites were all blocky: 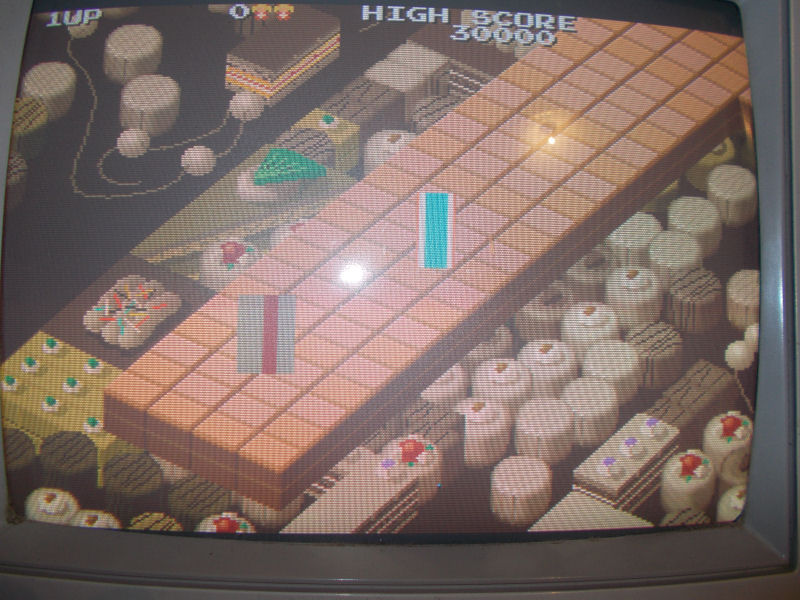 Judging from the kind of fault on screen, this, more than an addressing issue, had to have something to do with data.Always looking at schematics I noticed that data bits  from the custom ’48’ and RAMs are routed to two 74LS377 @A3 and @A4 : 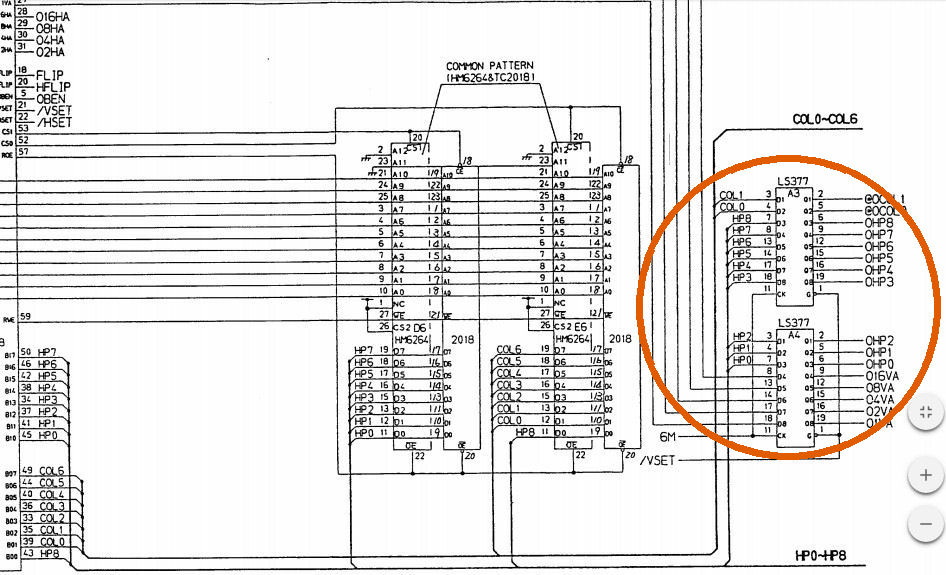 and from these to the custom ’39’ sprites generator: 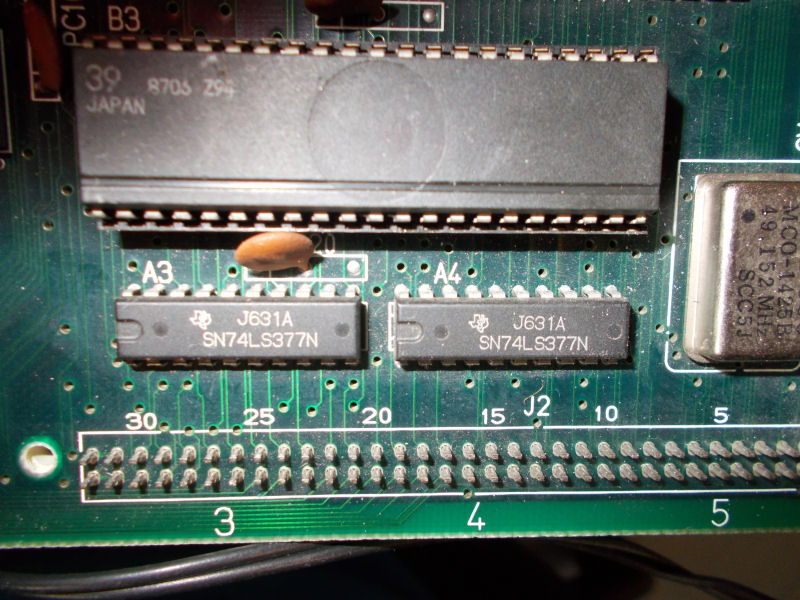 Piggybacking the two 74LS377 I could partially restore sprites : 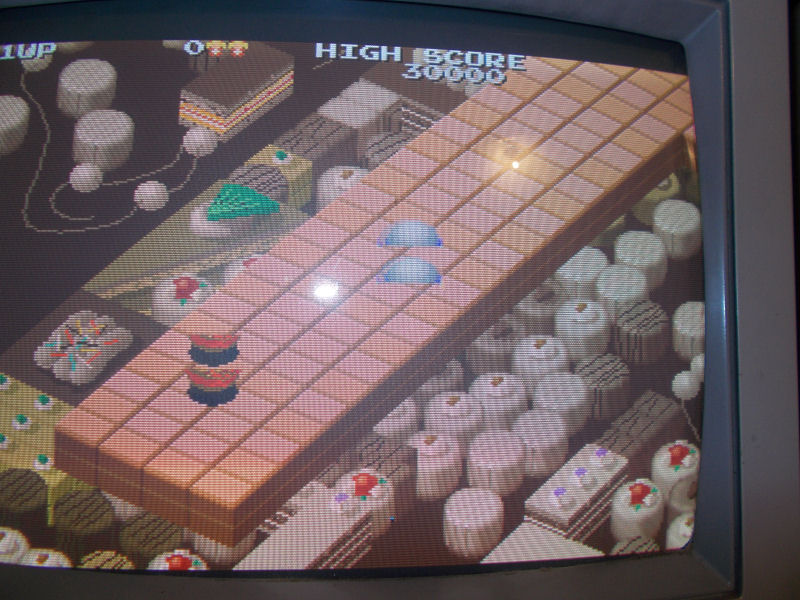 This lead me to remove and replace both.The desoldered ones failed when tested out of circuit :

Sprites back again in all its glory and board 100% fixed! 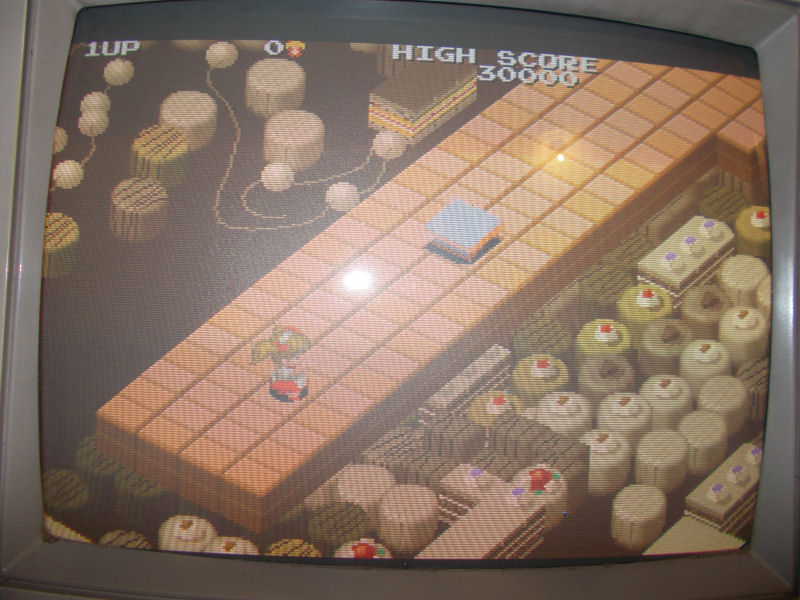