Got this PCB as usual from Ebay as faulty, seller said it was missing some sounds.PCB was in a clean state: 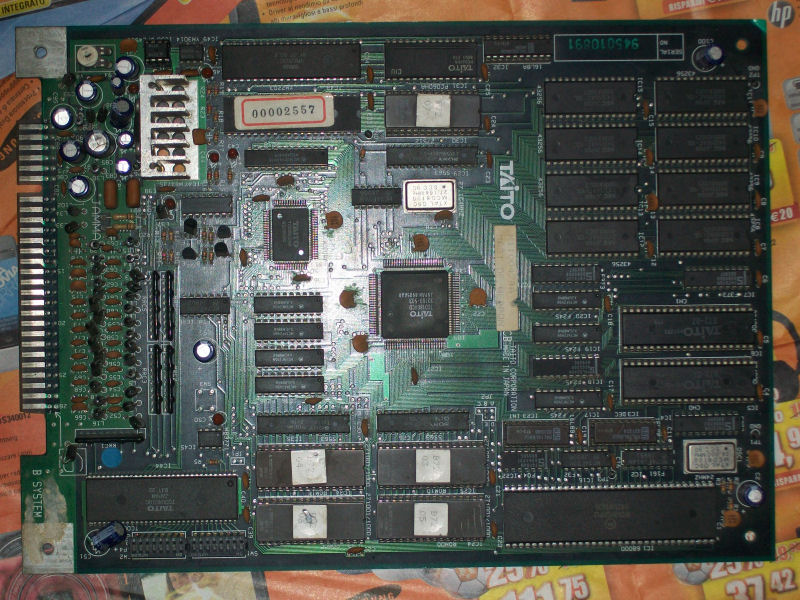 Once powered up, actually, all sound FXs were present but music was missing at all.Sound hardware is formed by a Z80 CPU which controls a YM2203 FM synthesis IC coupled with a YM3014B DAC and all sound (music+ FX) are pre-amplified by a NEC uPC4556C OP-AMP before going to  the main MB3735 amplifier.Connecting the analog output (pin2) of the YM3014B to an external amplifier I could hear the music, this was still present on the OP-AMP input (pin5) but not on the output (pin7).So, I desoldered it and tested it in my chinese tester which reported it as good.But this did not convince me so I replaced it with an equivalent Mitsubishi M5218 and this was the winning move since music was fully restored.

End of job, see you next repair!