Got this Michael Jackson’s MoonWalker PCB (Sega System 18) for repair: 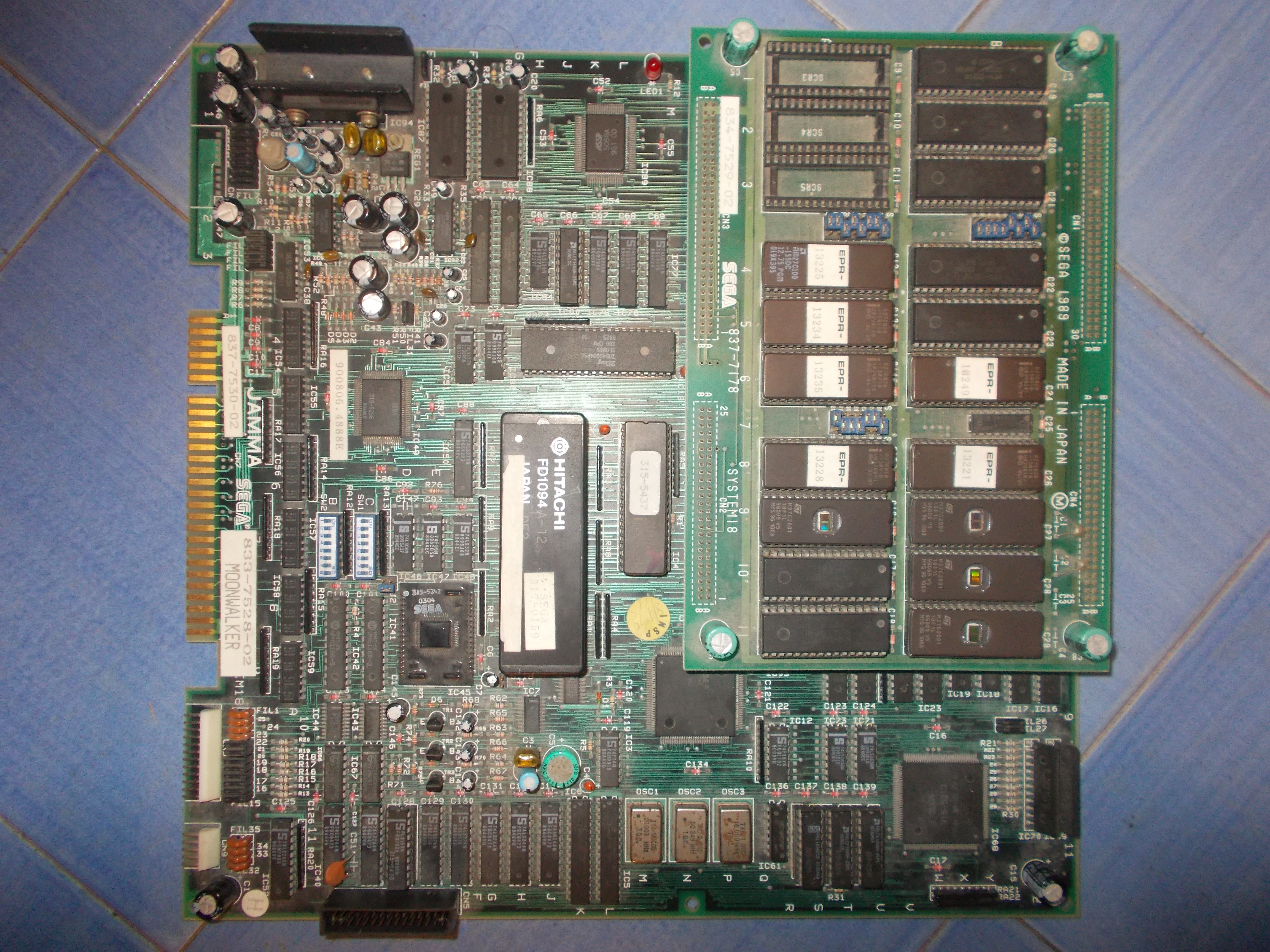 Board booted but sound was missing at all and game behaved strangely, you could no longer move your character whenever you pressed the buttons or being hit by enemies :

At first glance I thought the FD1094 custom CPU module was slightly suicided so I swapped it with a good one along with the i8751 MCU but with no luck.I began to think of a correlation between the lack of sound and freeze.Probing the Z80 sound CPU revealed /HALT line was asserted while the /INT was floating.The latter comes from one of the two YM3438 FM sound generator @IC88 : 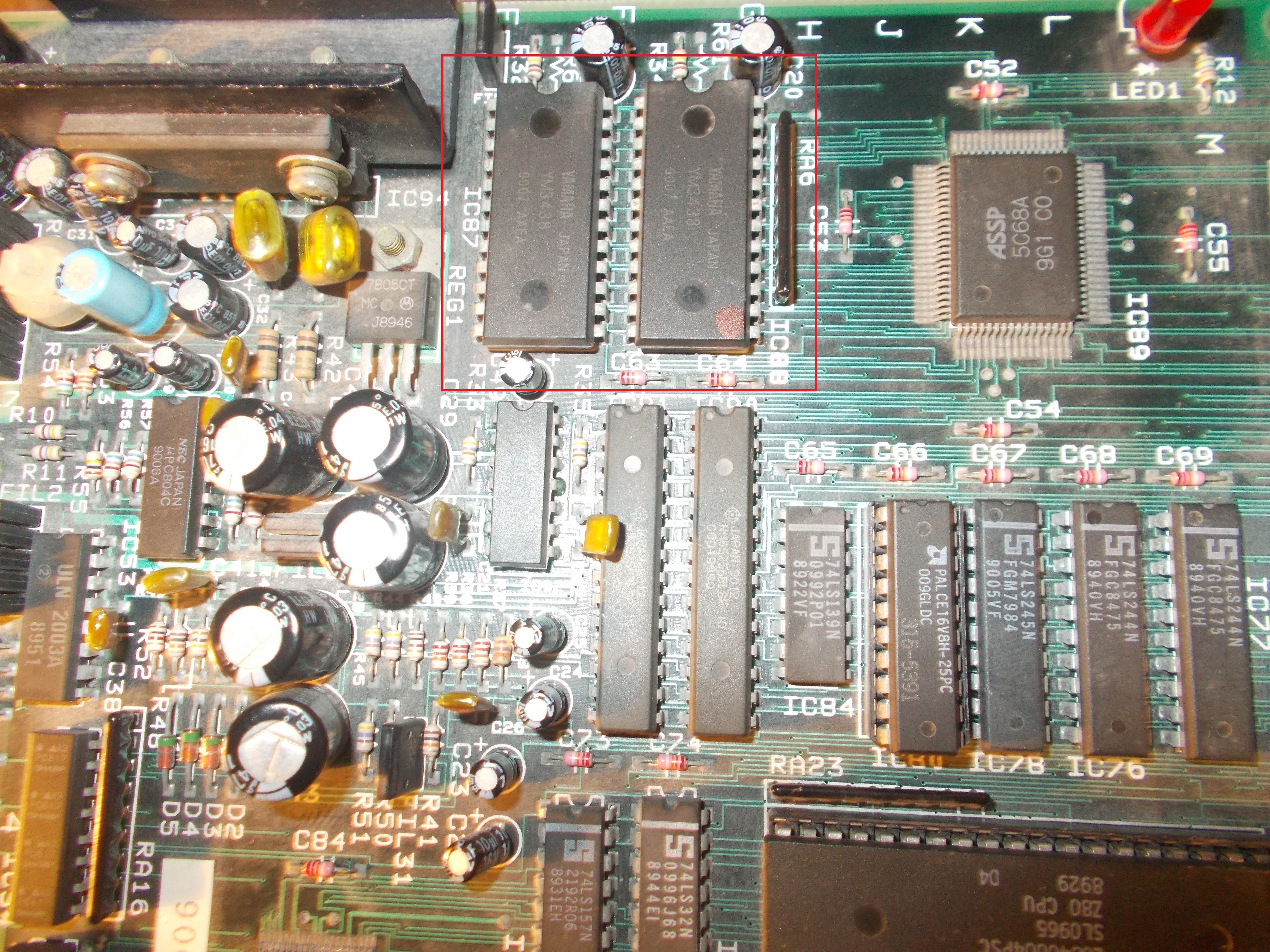 I removed the chip and tested it on a good motherboard, it was bad.But replacing it made no difference, the shared data bus of the two YM3438 was still inactive.So I pulled the other one @IC87: 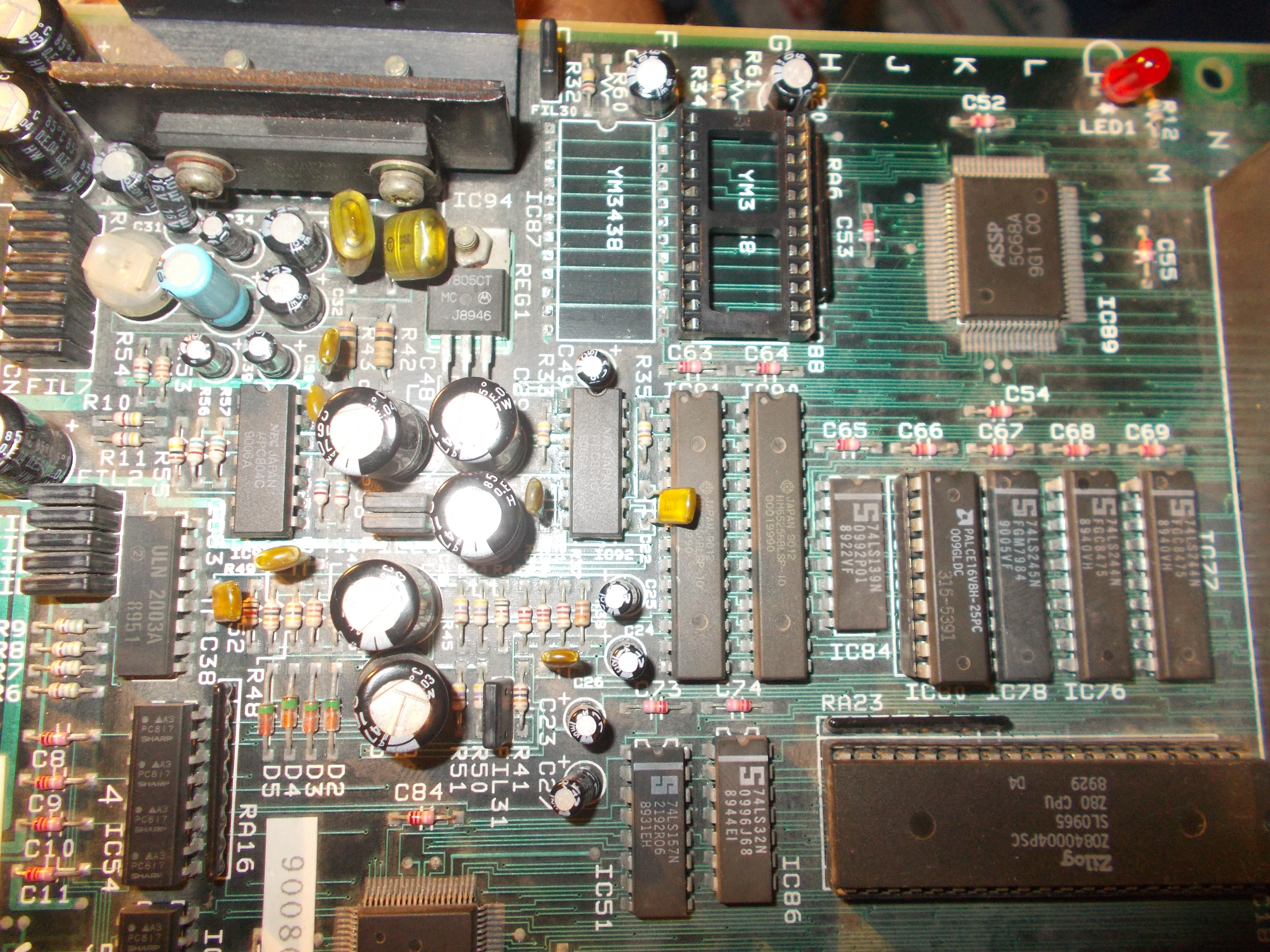 It was bad too.Replacing it fixed the board.