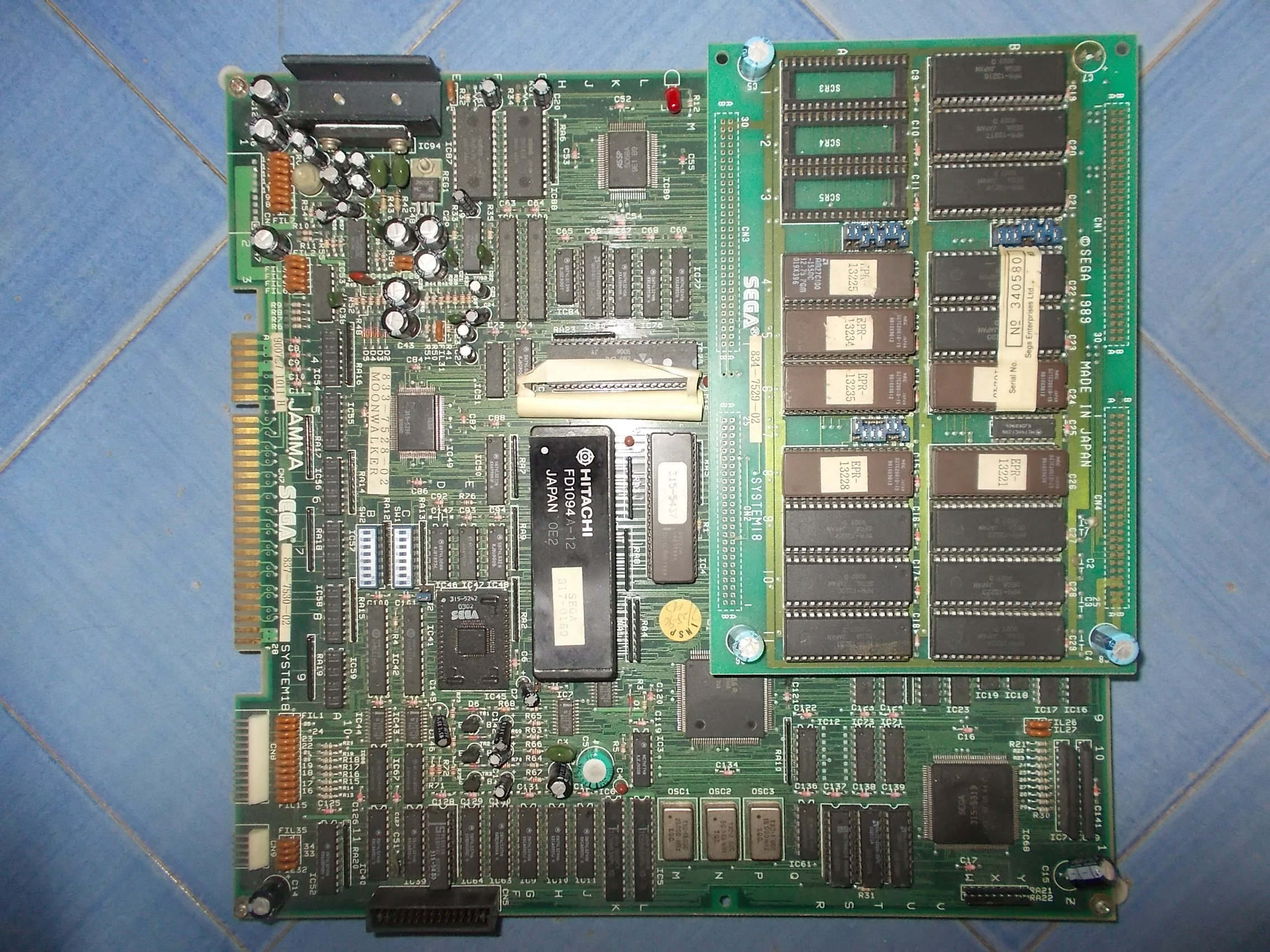 Board gave a steady black screen on power up, no sign of activity on main CPU busses.I transfered on a same board of mine the FD1094 module along with the 8751 MCU and they worked fine.I used my ROM board but still no boot so I came to the conclusion that fault was located on motherboard.Looking for WORK RAMs and I found them : 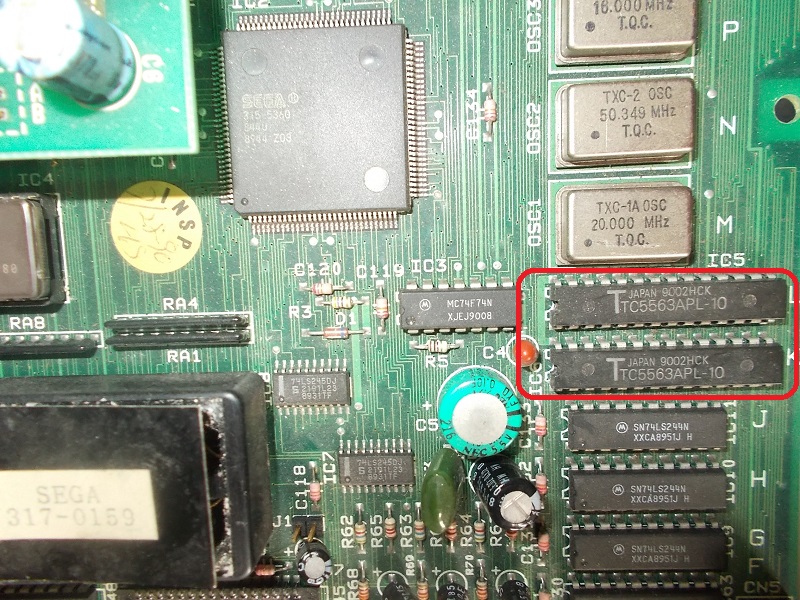 Two Toshiba TC5563 (8K x 8-bit static RAMs) which means high unreliability and chance of failure.I piggybacked a good chip on the one @IC5 and board booted into game: 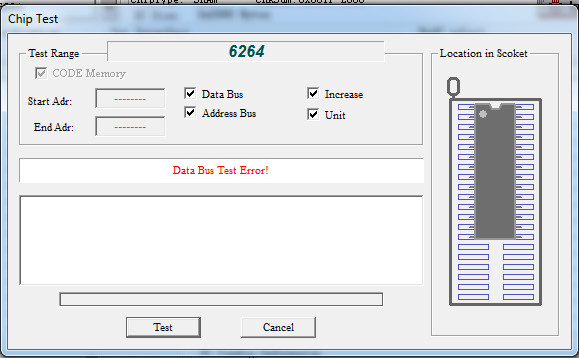 As said board booted up now but most of the sprites were wrong: 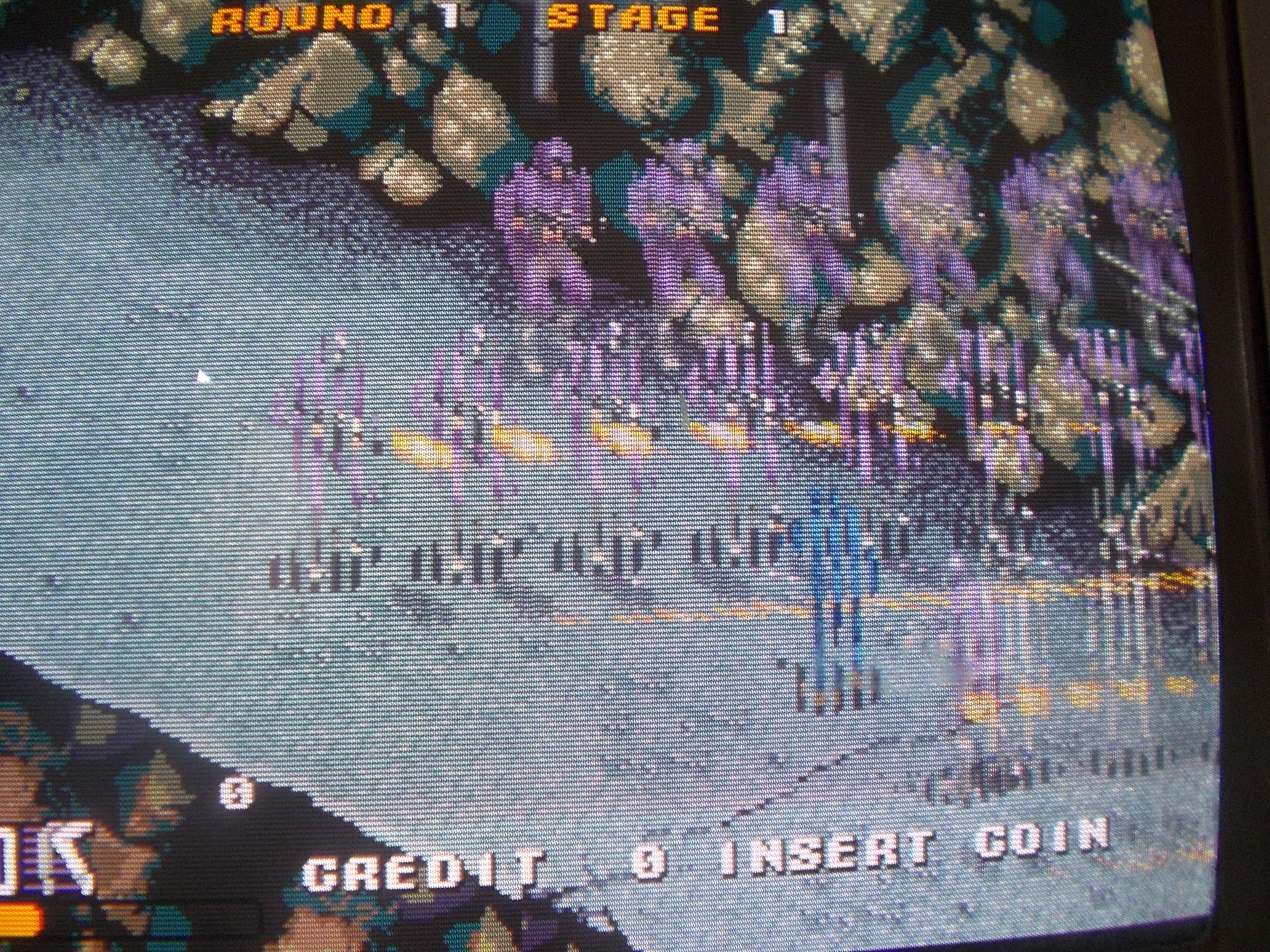 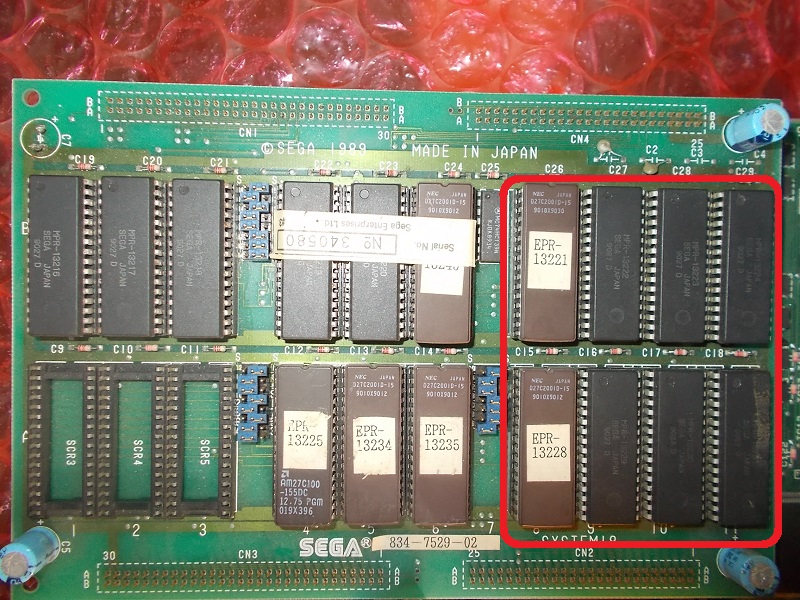 I dumped them and they all matched the MAME set except the one @B11 : 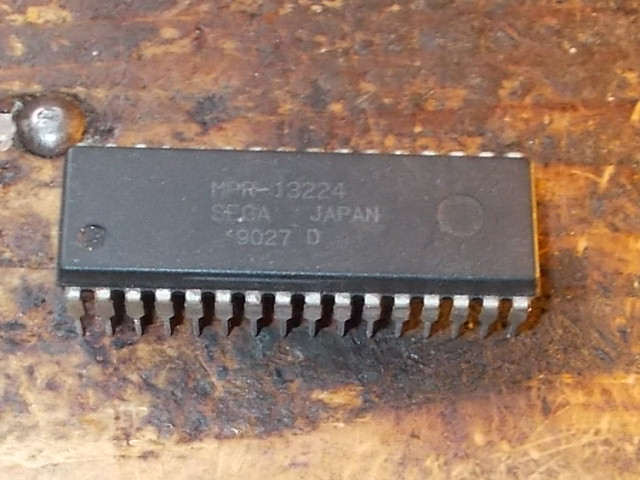 Opening the dump in an HEX editor revealed it was empty:

So device was bad.I burned a 27C020 EPROM with MAME dump, this restored the correct sprites and fixed board completely.Job done.