Nothing much to write about recently so I’ll share some more blasts from the past found by my mate in his bindle of retro goodness.
First up, the Iomega Ditto 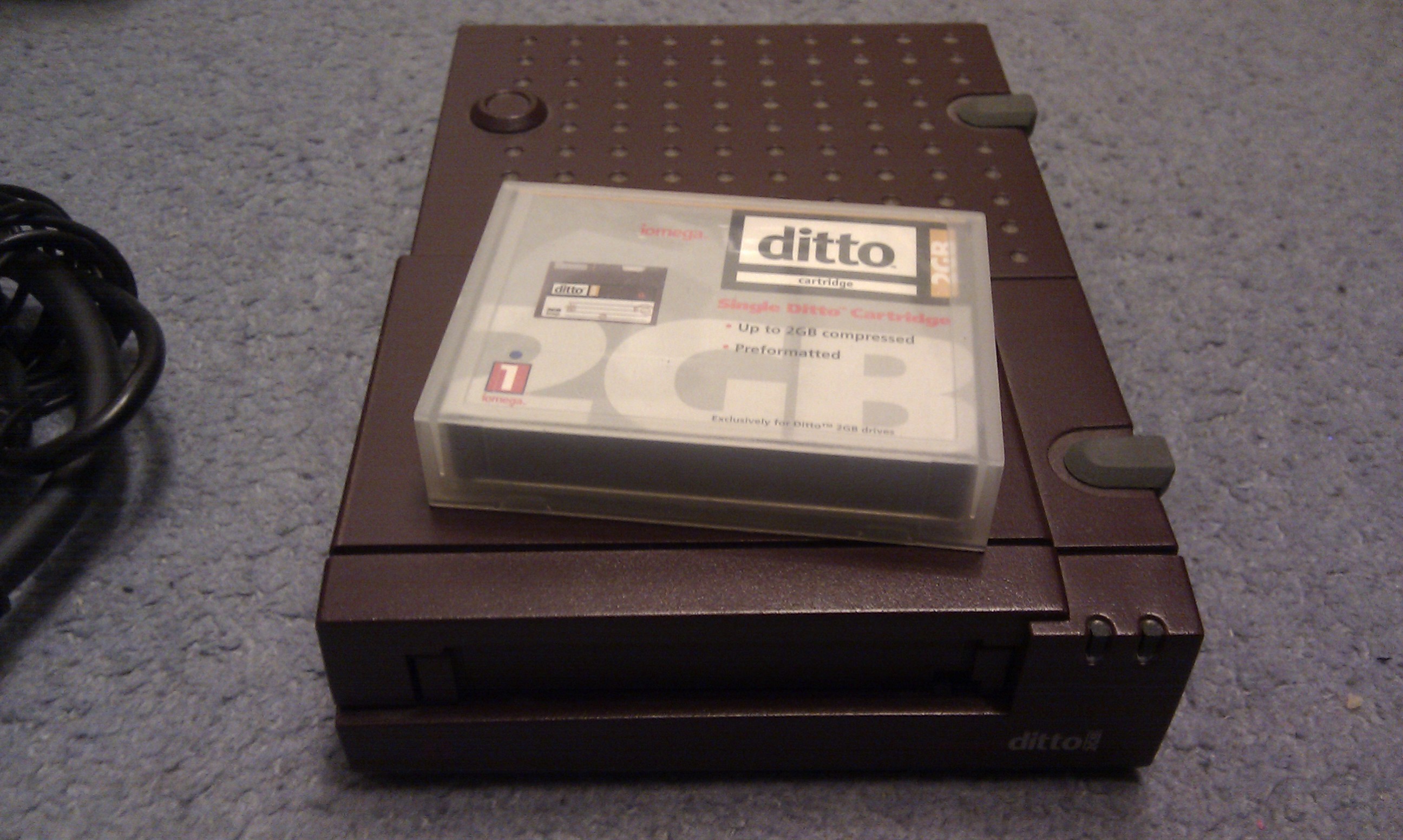 Between 250MB – 10GB of storage, depending on which tape you bought. It used the parallel port to send/receive data with speeds of up to 1MB/sec
Pretty amazing stuff at the time. I used to have the Iomega Zip drive which was 100meg discs. At the time my HDD was 120meg so it was pretty useful.

Next up, the Elsa 3D wireless shutter glasses 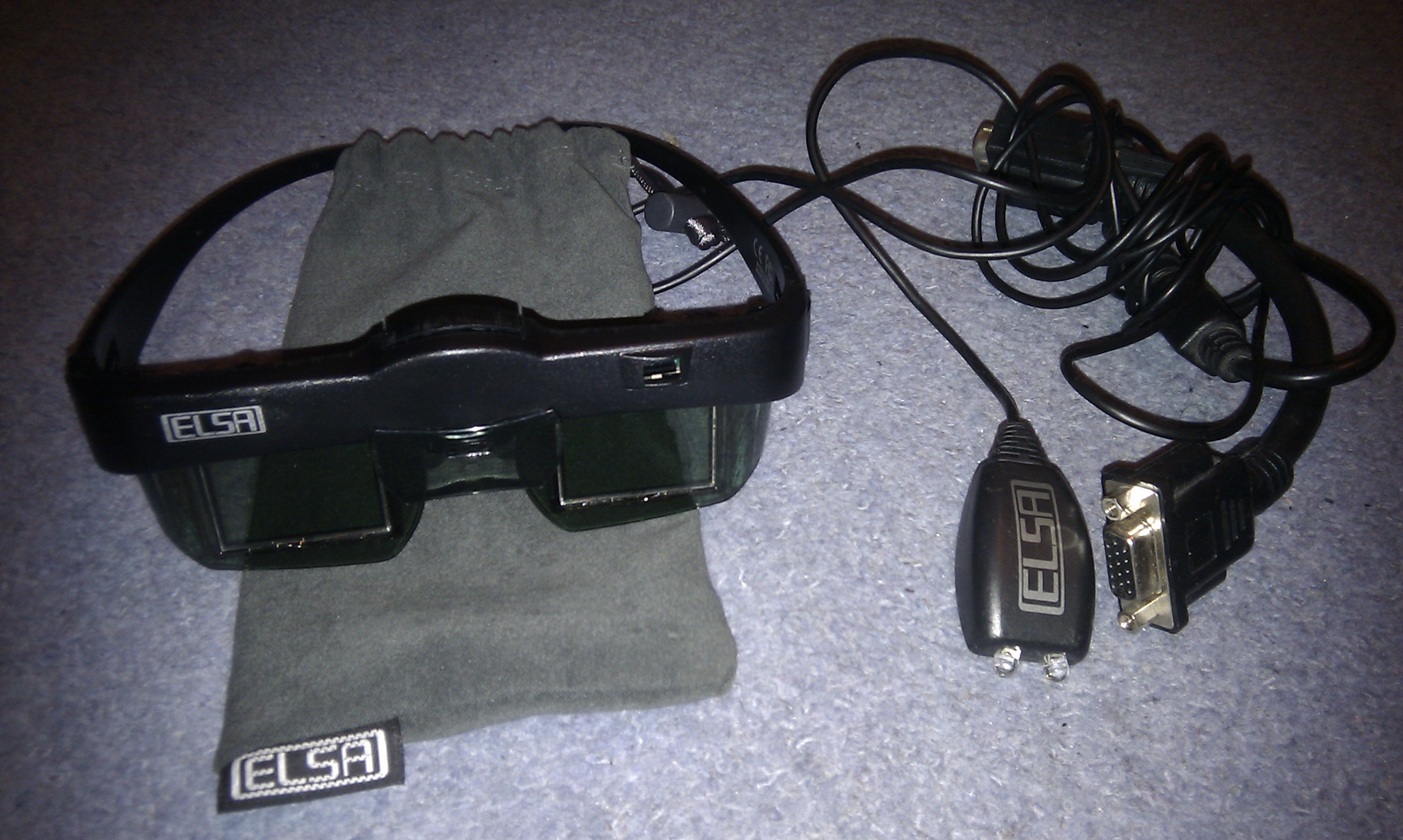 I know absolutely nothing about these things. Never seen them before and will probably never get a chance to try them out as they require a CRT monitor. Probably something similar to those dodgy 3D glasses they brought out for the Master System though. Bring on the headaches!