Some time back I bruteforced the A-17480 PAL16L8 chip from Mortal Kombat II. This was untested until recently when UKVAC member JonHughes tested it and found it didn’t work properly.
We tried several things but always got the same issues so he sent me his full PCB to do some testing of my own.
While I could find anything wrong from an operation point of view I did find that the original TIBPAL16L8-10 PAL chip transitioned states about 4ns faster than the fastest GAL chip I have to hand. I had experimented with GAL’s ranging from 10 to 25ns but the slower ones did just make the issue worse.
In desperation I ordered a NOS TIBPAL16L8-10 from eBay (not too cheap these days) in order to be 100% sure of my work. The result was a perfectly running game.

So what are the issues? Well not a lot really. A GAL substitute will still allow the game to play very well but it did show errors during the POST 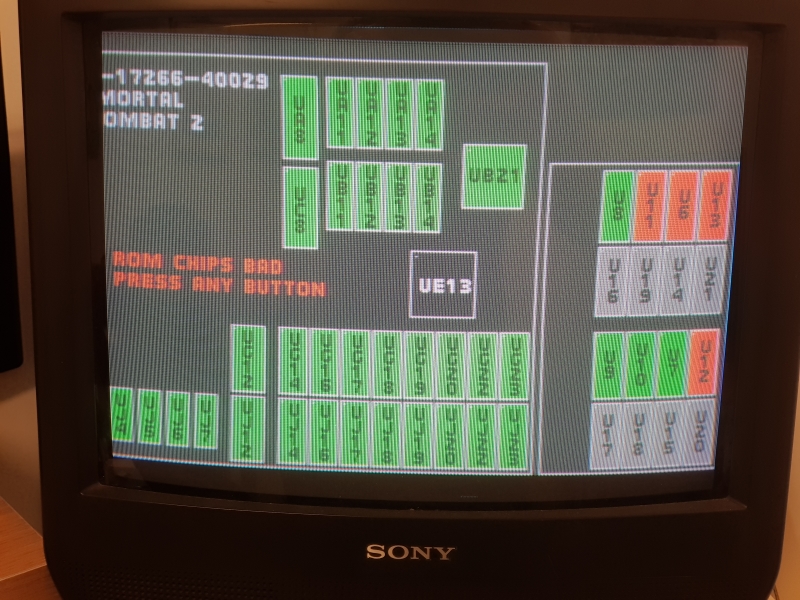 The game itself also plays fine but there are some graphical issues here and there, most noticeably on the ground during actual gameplay.
On the video you can see the ground keeps glitching black. This is pretty much the only fault I can see but its definitely worth noting

The video is not the best quality, capturing CRT screens with my phone is never great but hopefully you can see.