When I fired it up, I noticed that it worked except sound.

This  game has a rare Toshiba sound cpu T5182 which is an embedded z80 with ram and rom inside the same package.

One trick to know if the problem lies in the sound cpu  is to coin the game.  If it works, than the cpu, which also handles the coin inputs,  is fine.

That was the case with my pcb, so given that I could hear noise from the speakers, I troubleshooted the pre amps with my portable amplifier.

The latter had all the outputs dead, so exchanging it with a good one restored the sounds. 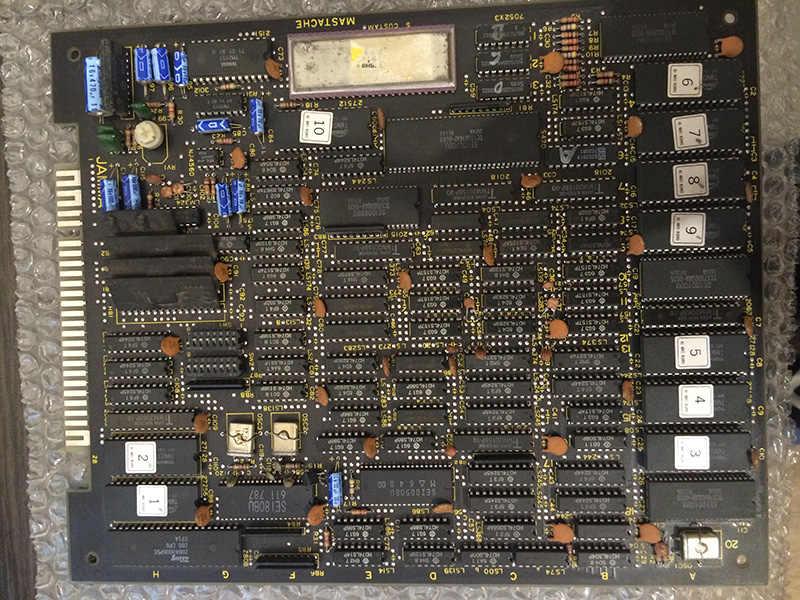