Some years ago I came across to a Rolling Thunder PCB where the custom marked ‘130’ was replaced by a small sub-board (don’t know if made from Namco or bootlegers, from manufacturing I presume the latter) 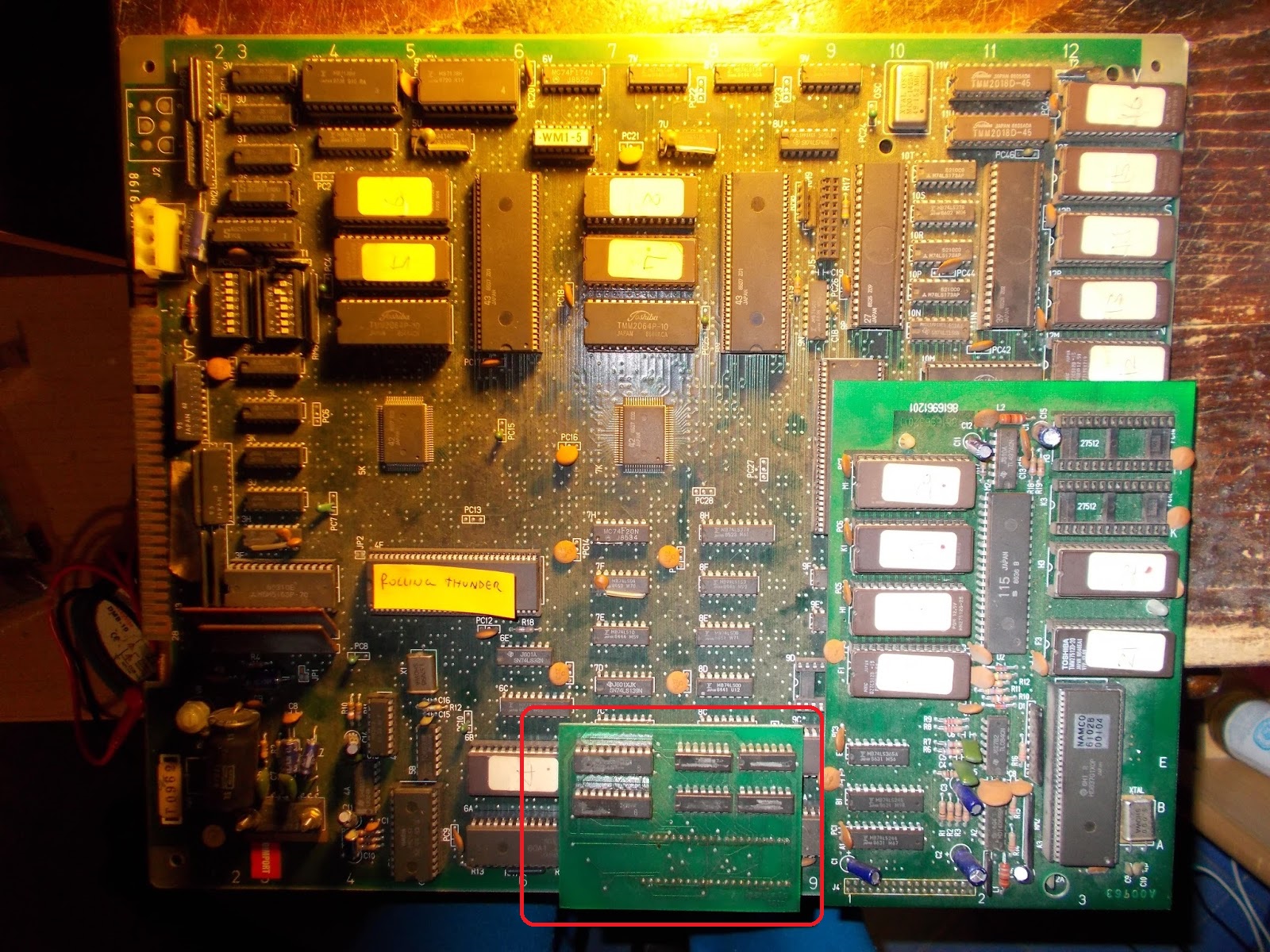 It seems the original custom is used only on Rolling Thunder PCB where, indeed, you can find it marked as ‘130’ in form of a DIP40 IC: 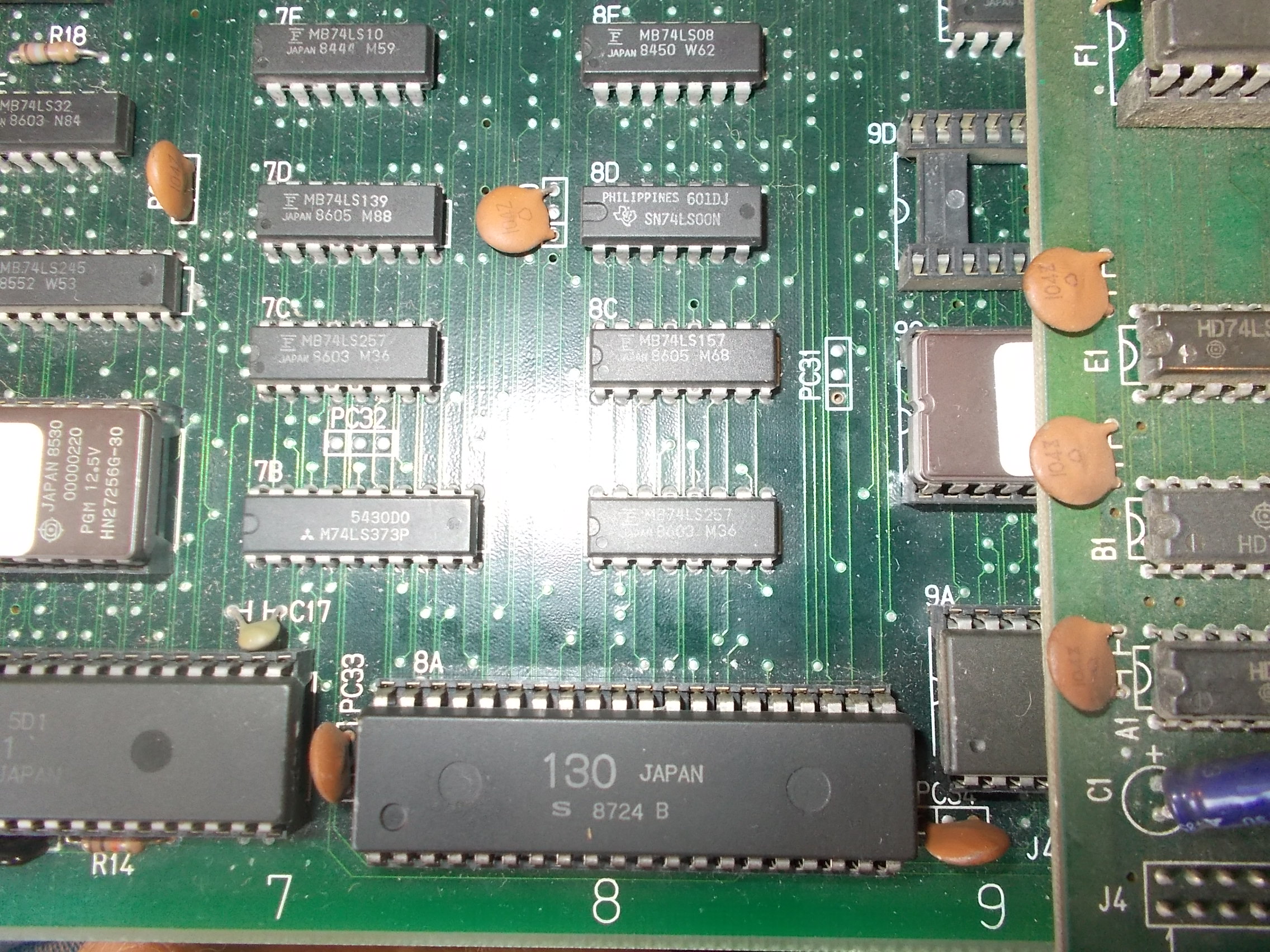 Whereas on schematics it’s shown as ’41’  like in Metrocross and Baraduke PCBs but it’s not the same and changes from game to game (the custom is basically an address decoder for generating the memory map which, indeed, is specific to a certain game) 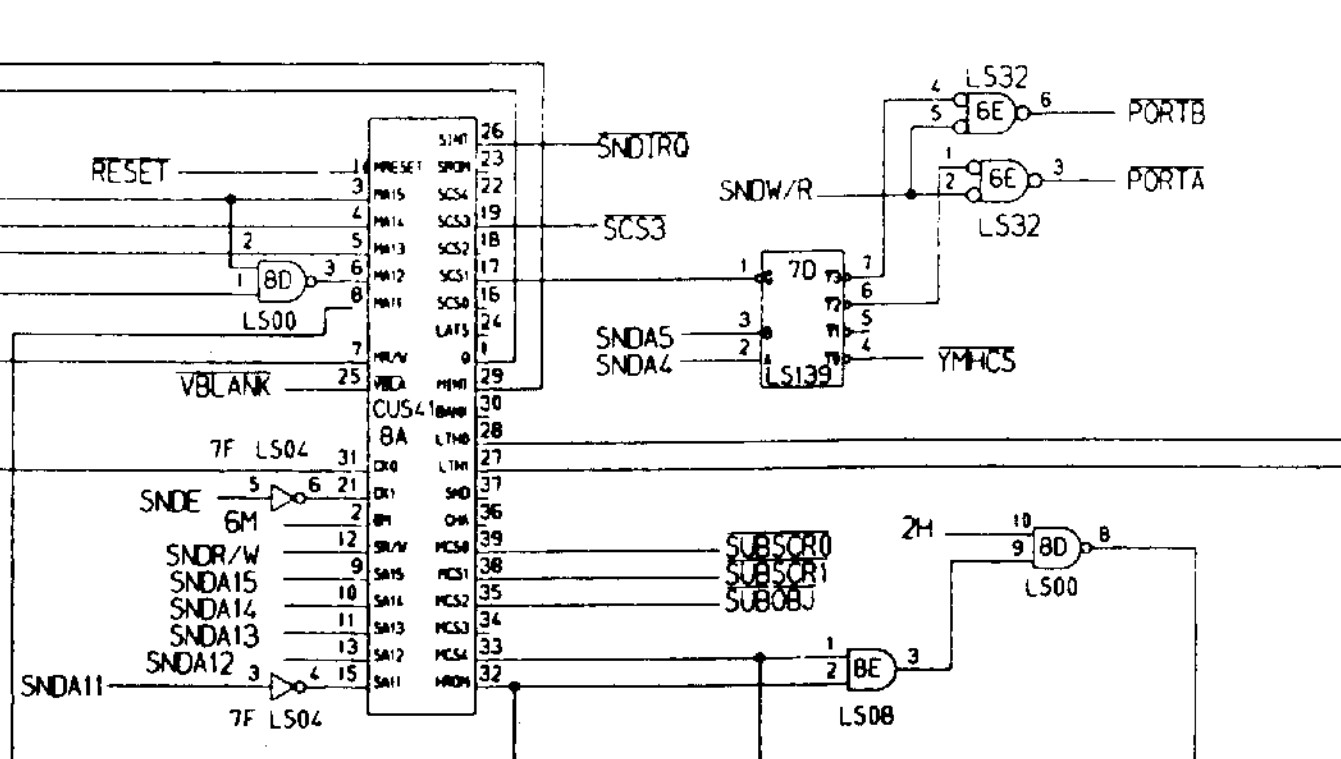 After some time I sold the board but before doing this I took a couple of high-res scans of parts and solder side of this replacement PCB with the intention to reproduce it someday in a modern way.That’s what I successfully made recently :

I hope this will help to repair our Rolling Thunder PCBs with a faulty ‘CUS130’ as it seems it’s a quite prone to failure part.