Another Namco System 1 CPU board on the bench after the past one : 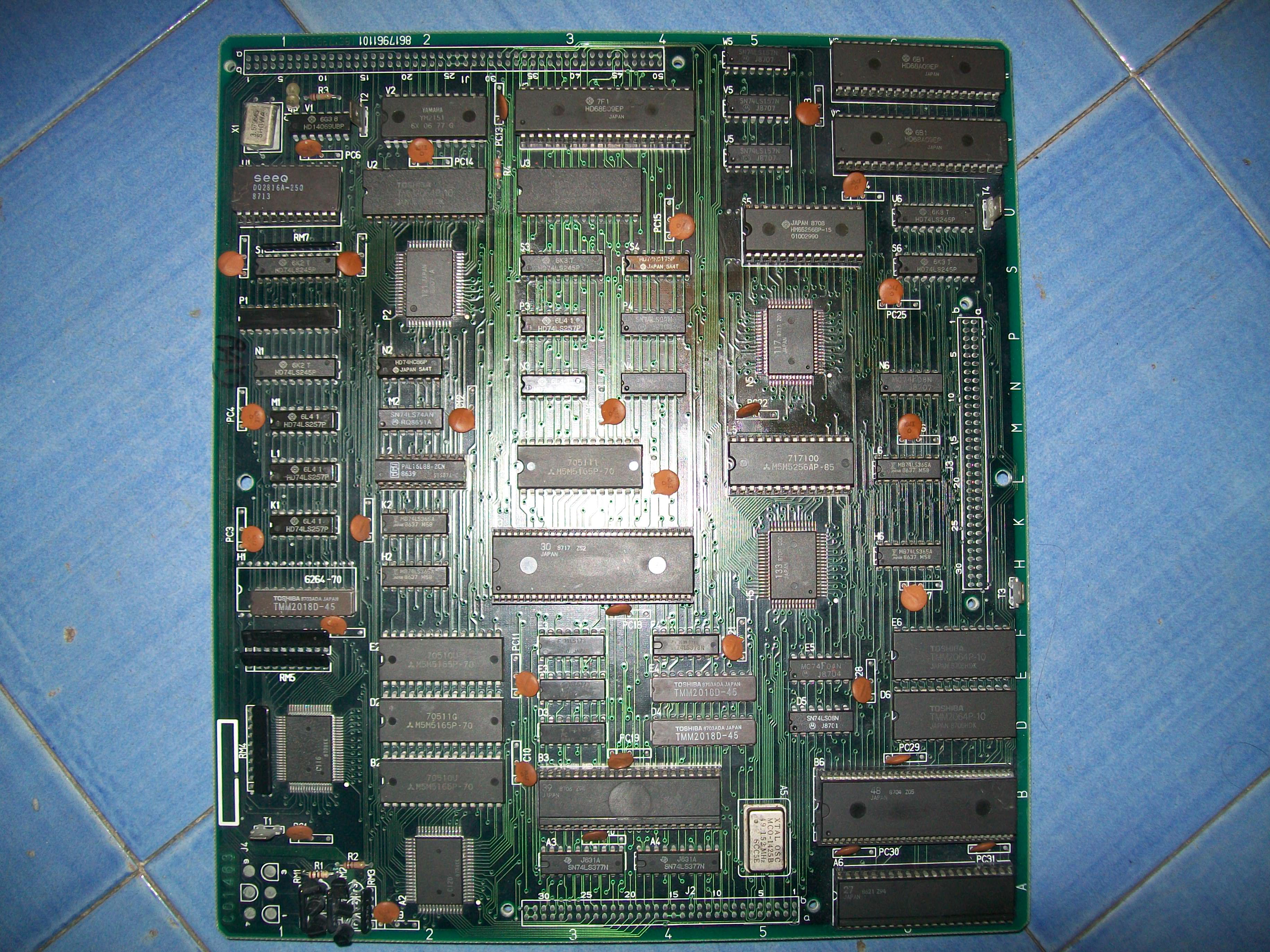 Board (coupled with a good ROM board) gave only a black screen with some green lines, watchdog was active :

I checked the three colors outputs and only the green was active, the other two were dead:

We saw in the past repair that there are three 6264 static RAMs, each one for a color, they are addressed by the custom ‘C120’ and data are processed by the custom ‘C116’  which generates the different shades (then formed into a single color and converted to analog signals from some resistor arrays) 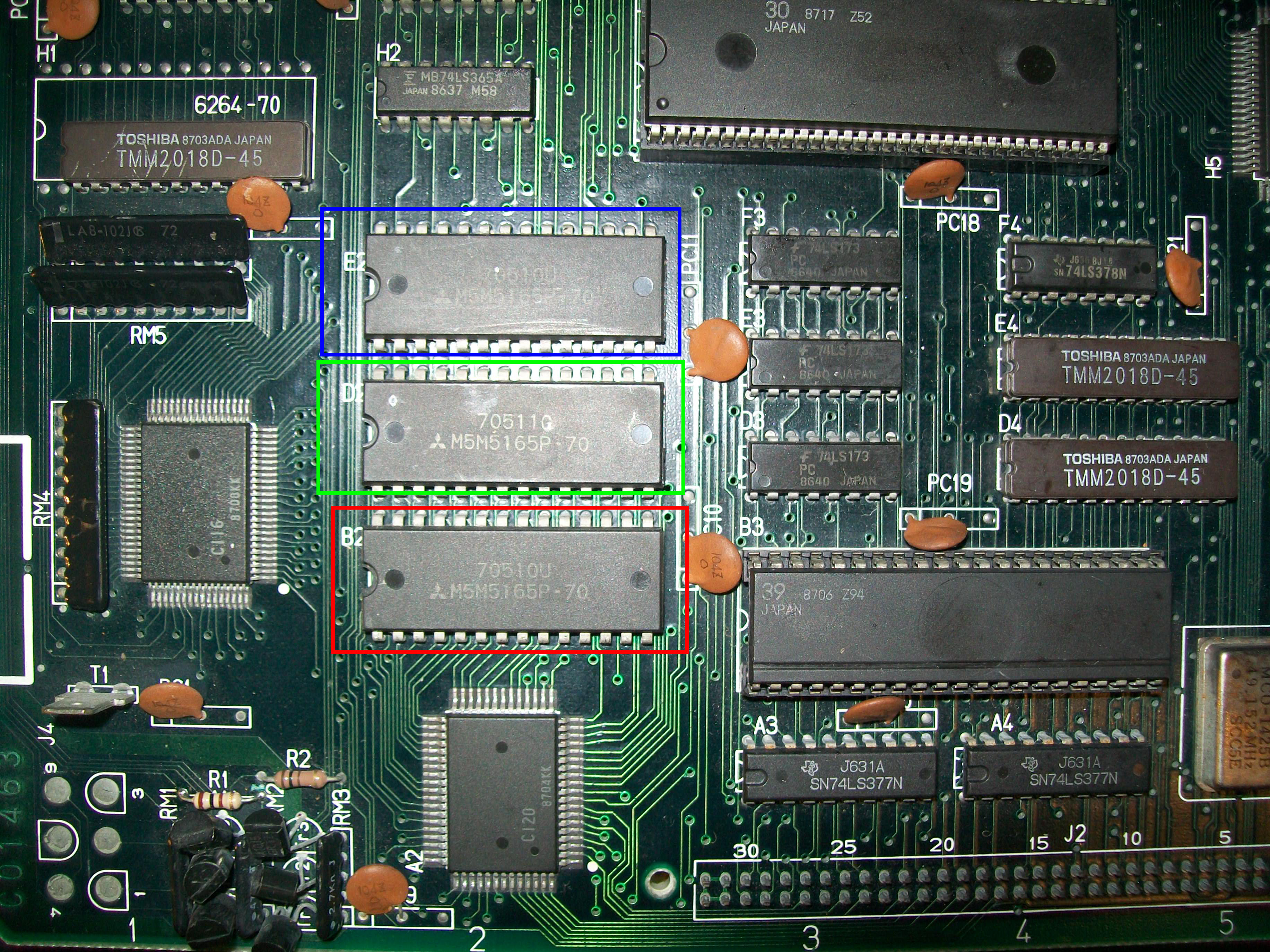 Probing the RAMs revealed stuck signals on data pins of the ones @B2 (RED related) and E2 (BLUE).I removed them : 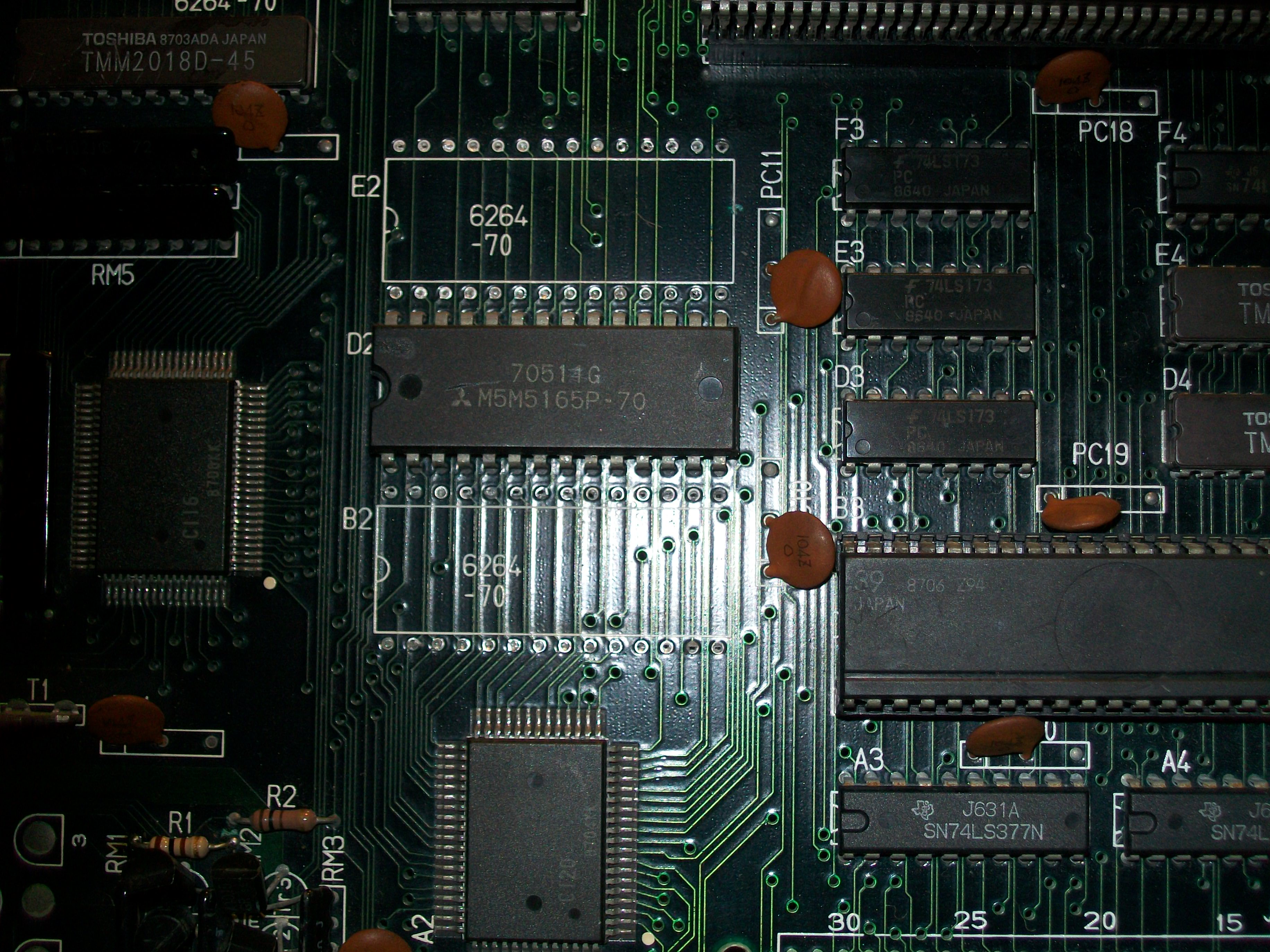 But during desoldering I decided to remove also the GREEN one @D2.They all failed when tested out-of-circuit: 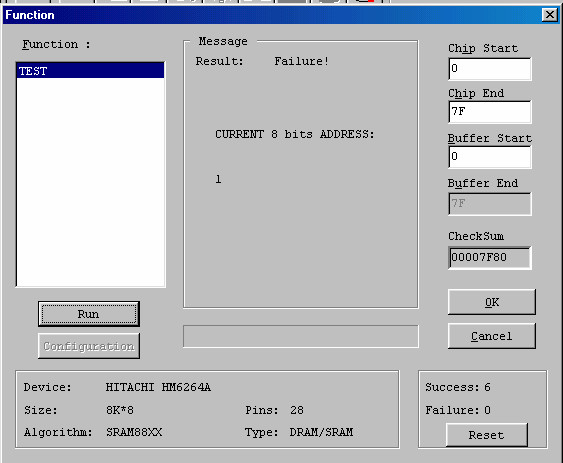 But also with good RAMs I got no improvement, watchdog was no longer active but all three colors still dead.Probing the other RAMs on board, I found no data coming out the two 6264 @D6 and E6 despite address lines were active: 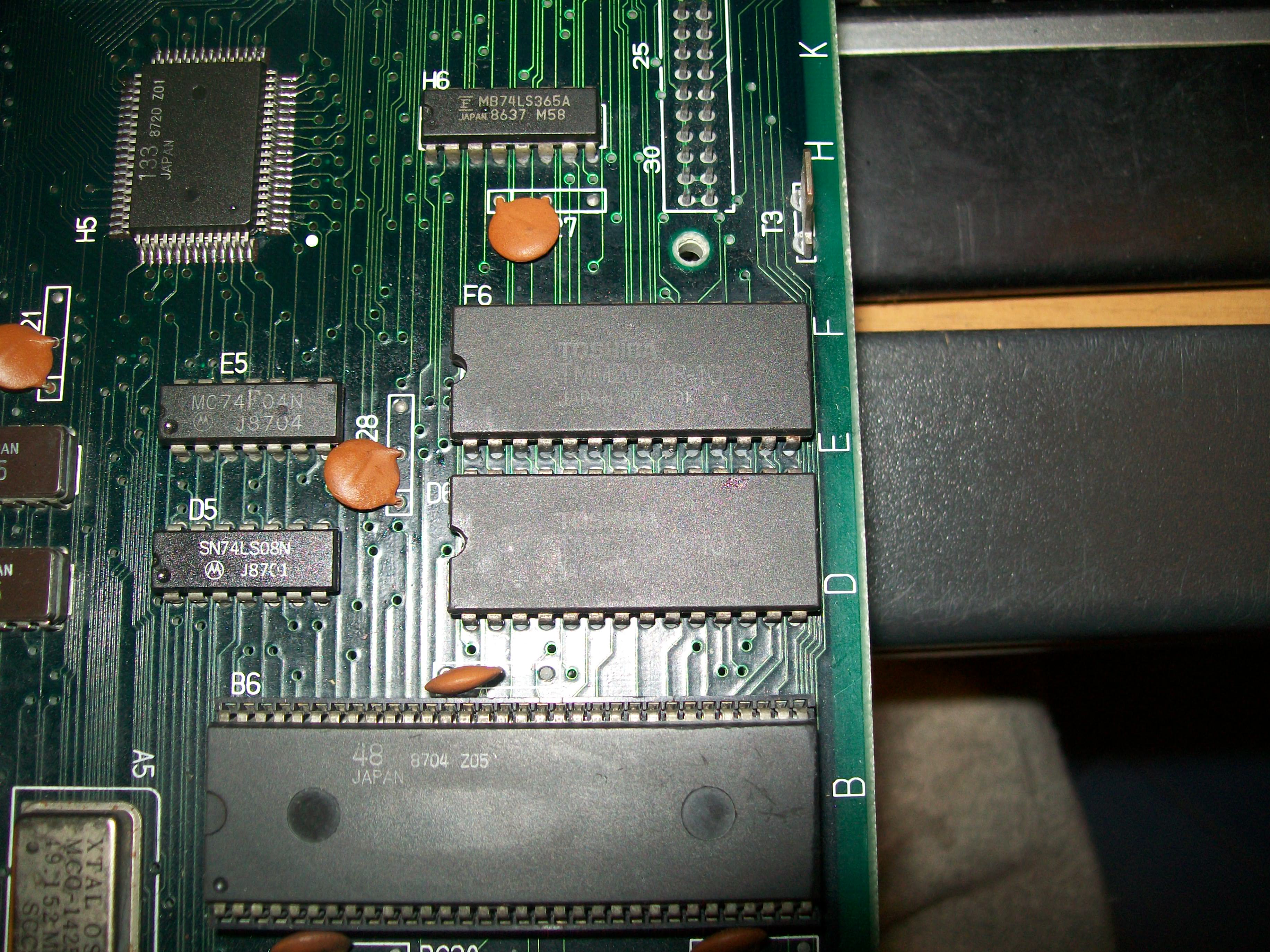 When tested both out-of-circuit actually only the one @E6 failed: 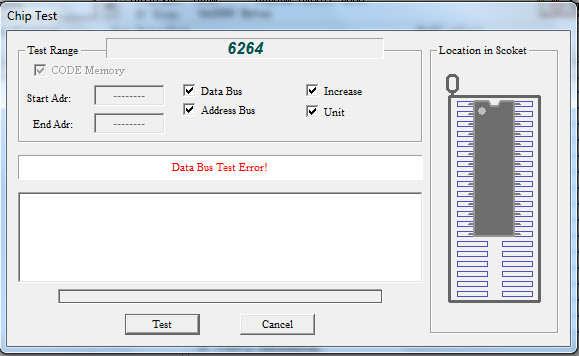 Finally the board booted but with missing sprites and music (ony FXs were present).Here’s a video using a World Stadium ’89 ROM board:

I noticed that if I piggybacked the 6264 RAM @L3 ( used by the custom ’30’ which controls the sound), the rustling sound I had instead of the music disappeared: 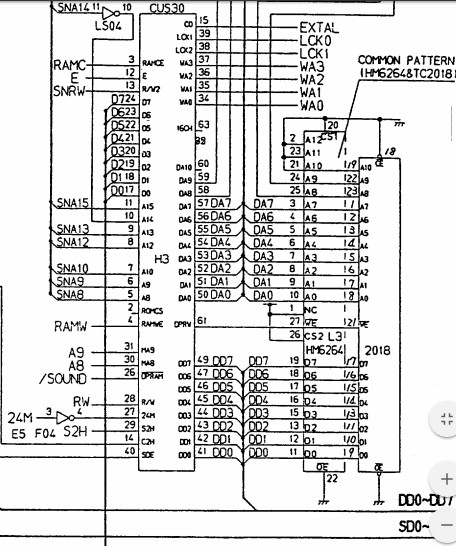 So I removed the RAM and it failed the test: 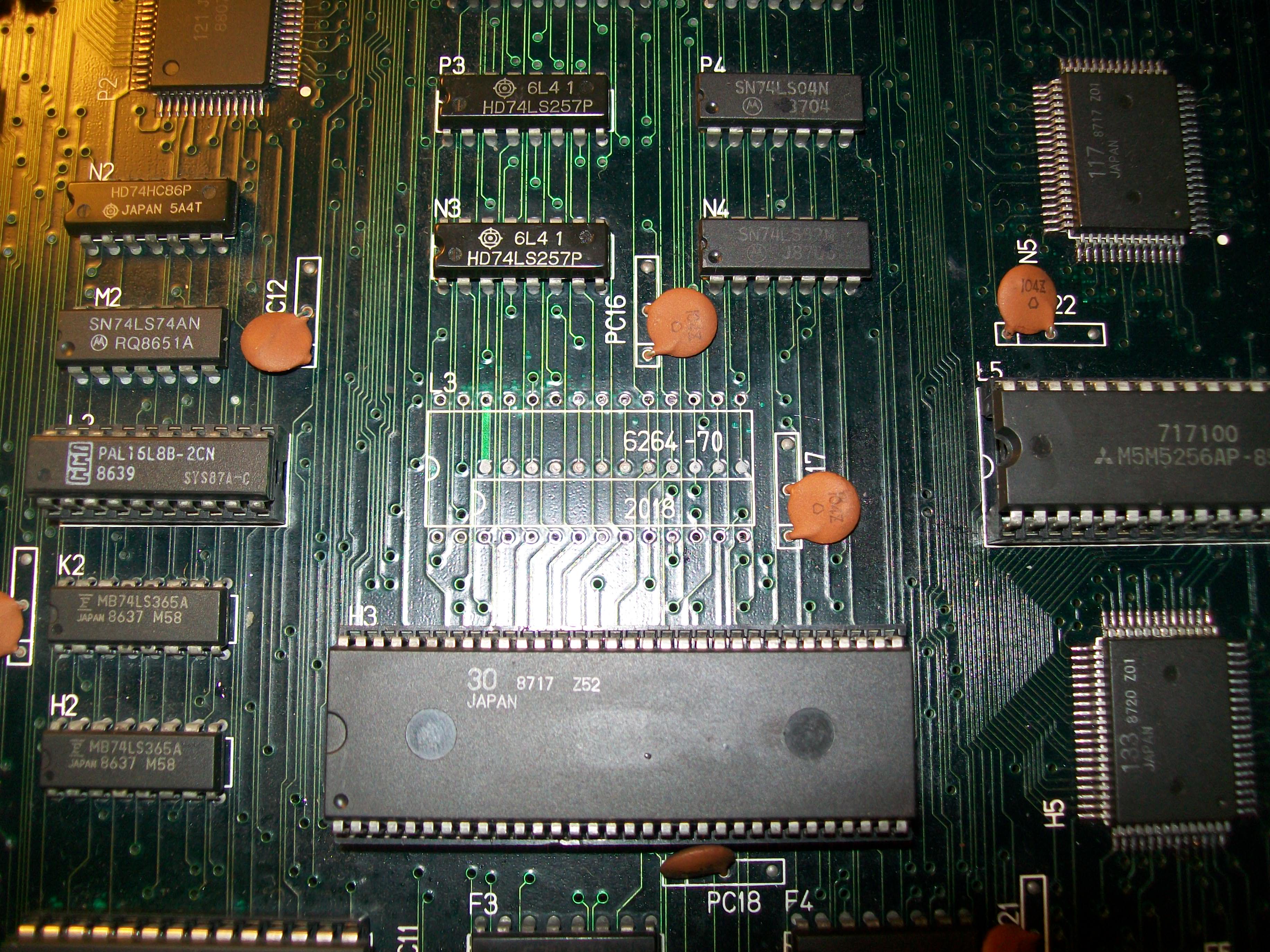 This restored full sound.Now the sprites issue.I noticed that, when using this CPU board with a Galaga88 ROM board, the sprites (that were competely missing when using the World Stadium ’89 one) were visible but garbled and blocky:

The two customs related to objects (the sprites address generator ’48’ and the sprites generator ’39’ ) were good but probing the two 74LS377 @A3 and A4 revealed stuck outputs: 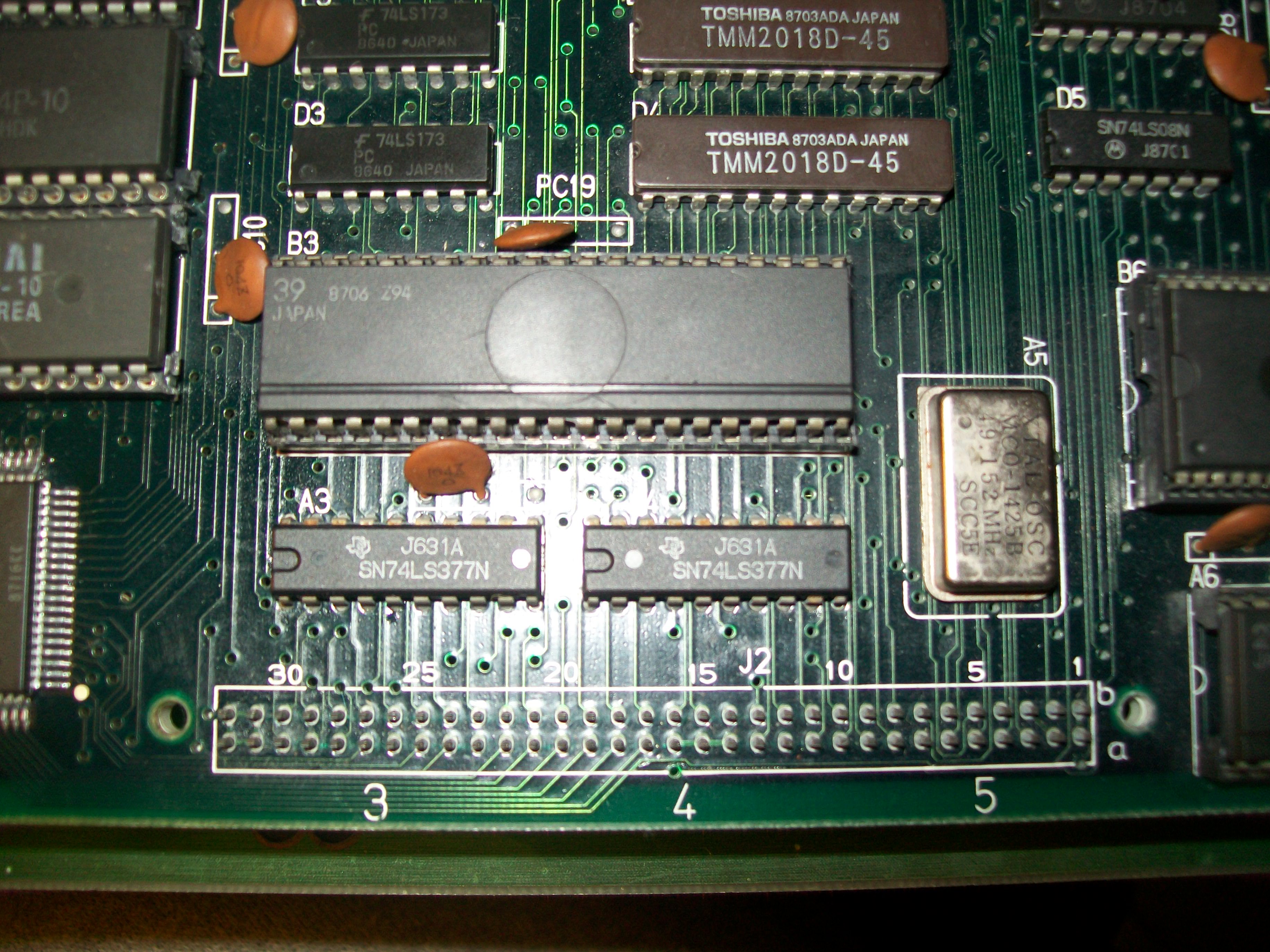 I promptly removed them and they both failed when tested out-of-circuit: 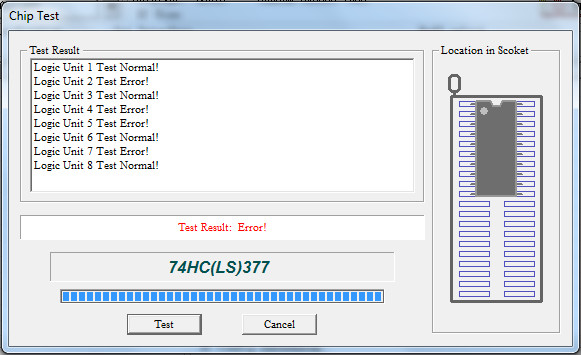 Replacing them restored the sprites and fixed completely the board.Five RAMs and two TTL replaced to achieve this, a nice booty… 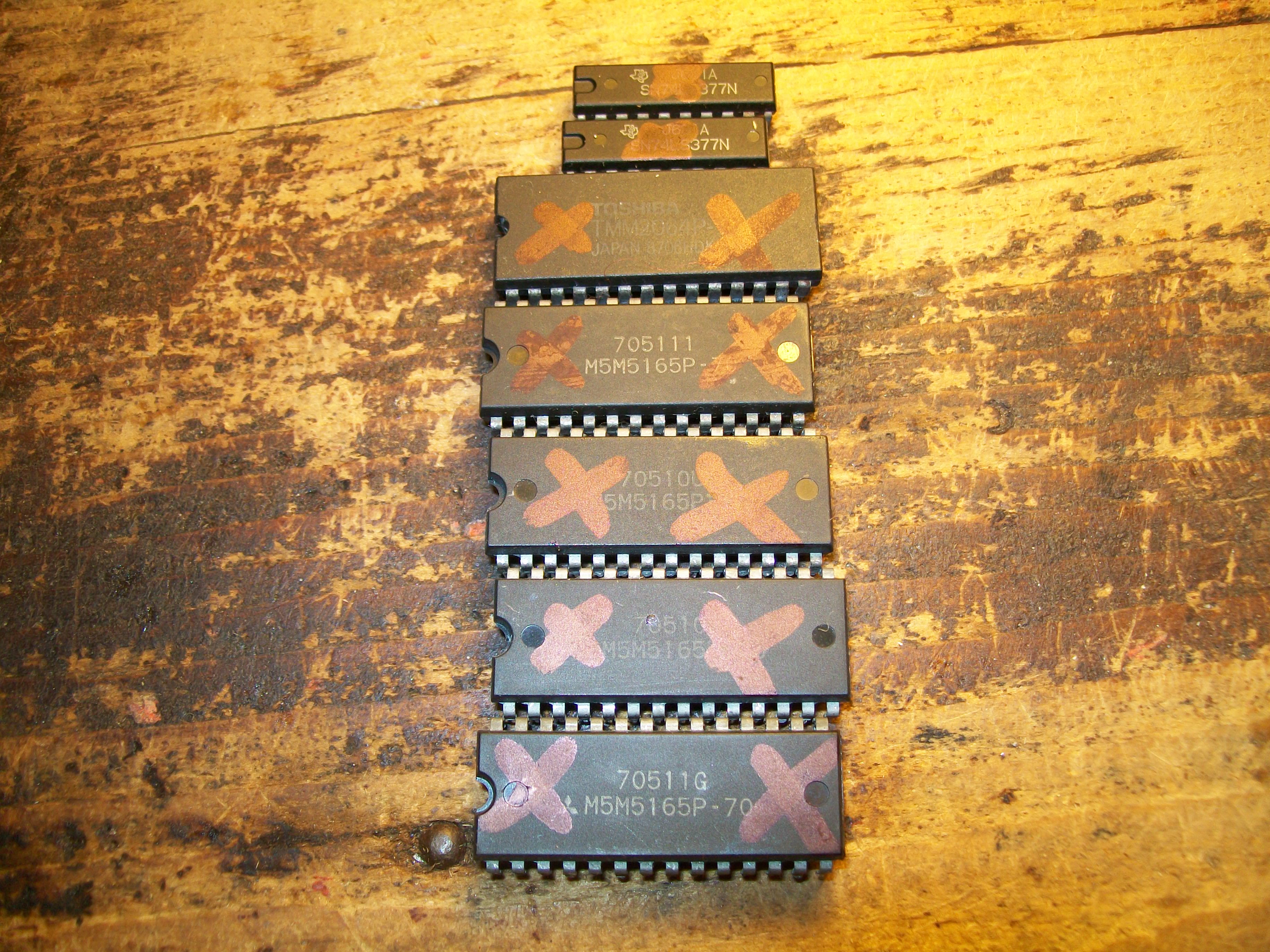