Had this chassis for a long time sat in my loft. Its never worked properly and testing it now it doesn’t do anything. 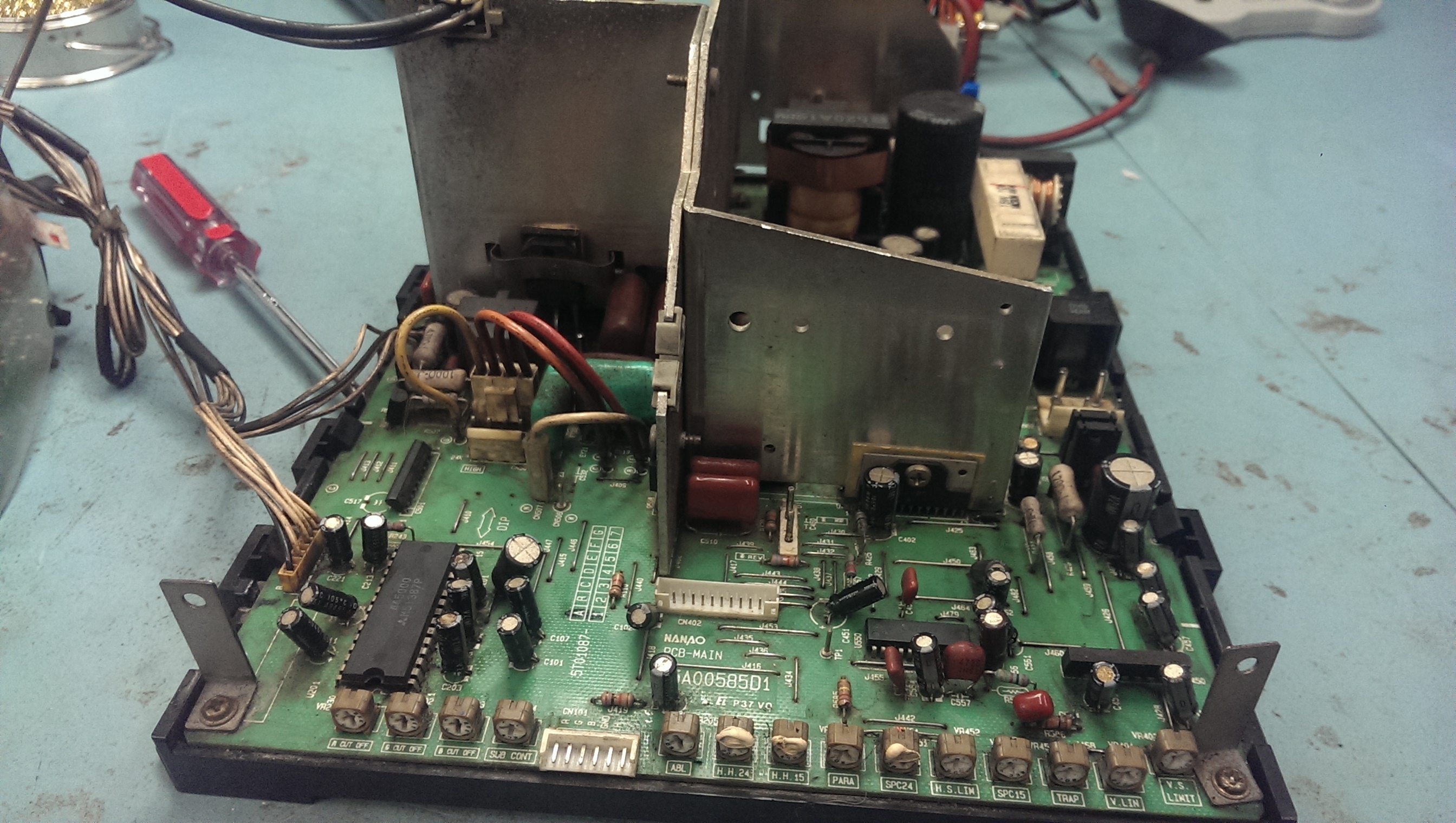 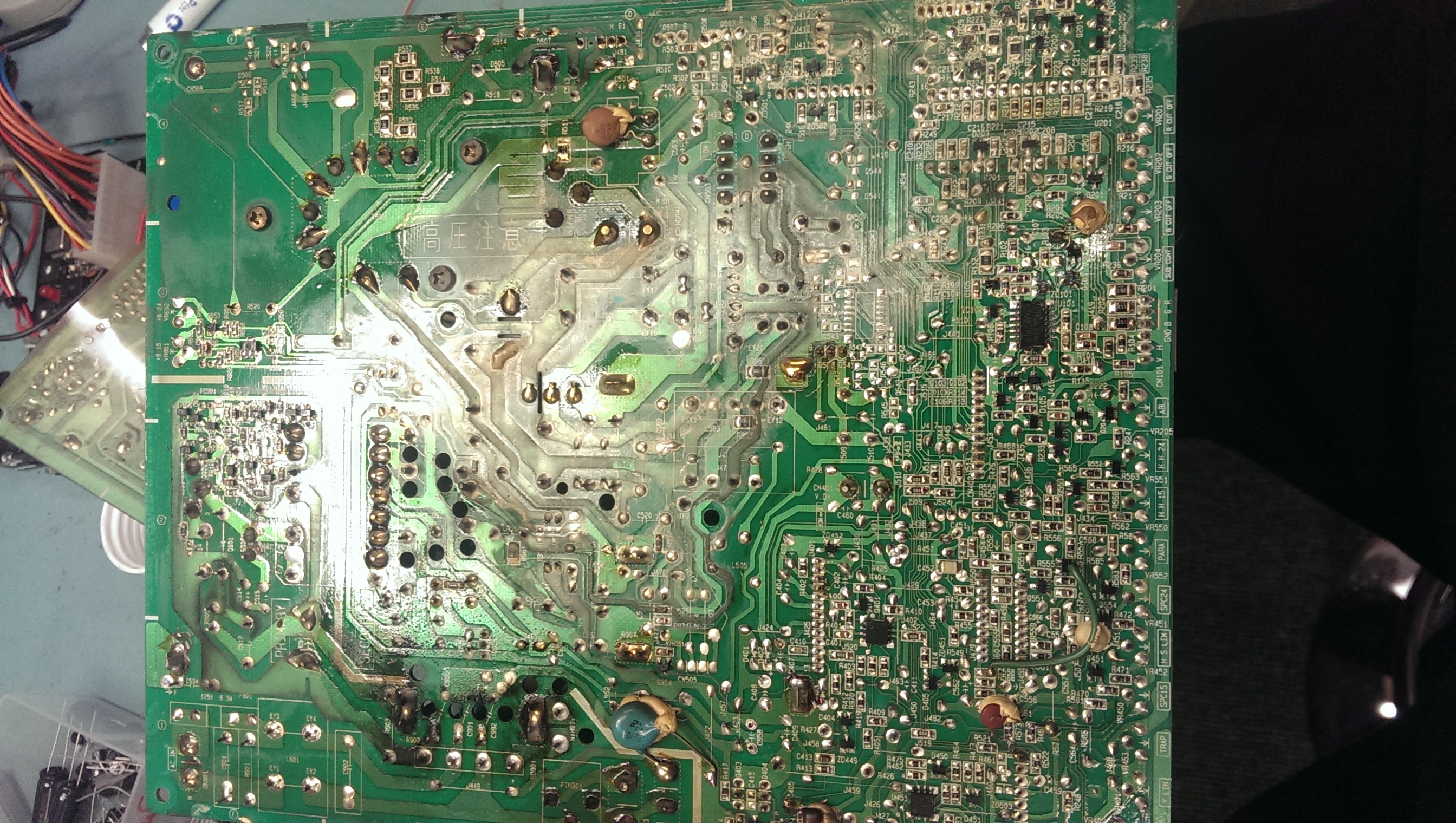 Taking a good look at the chassis showed that quite a few capacitors had been leaking and testing random ones with the ESR tester revealed plenty more bad ones.
As it was in a poor state and also seeing as it is my first attempt at a monitor repair I opted to replaced pretty much every cap I could and do a clean up along the way. 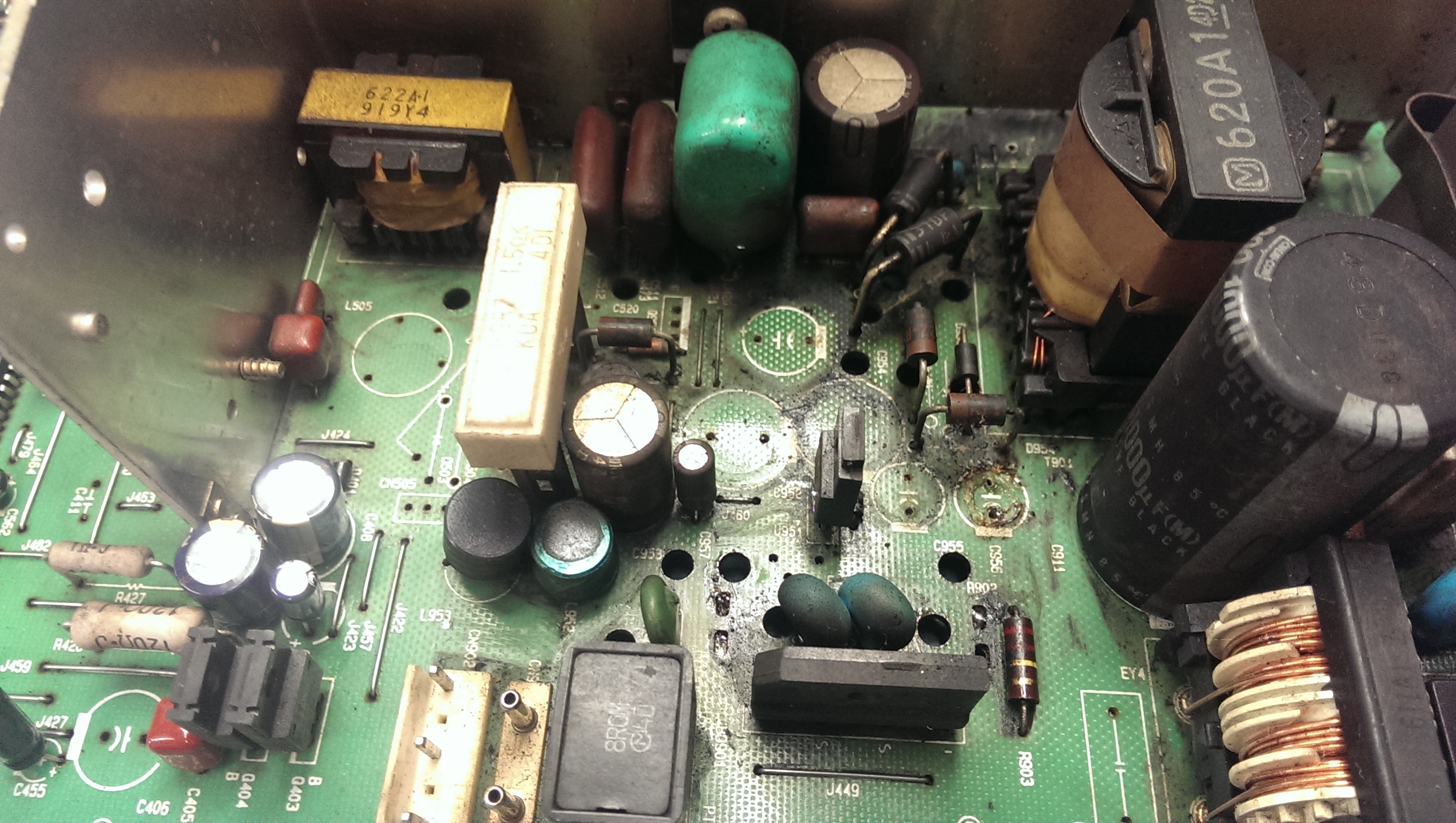 I ordered up the caps and cleaned up the PCB. 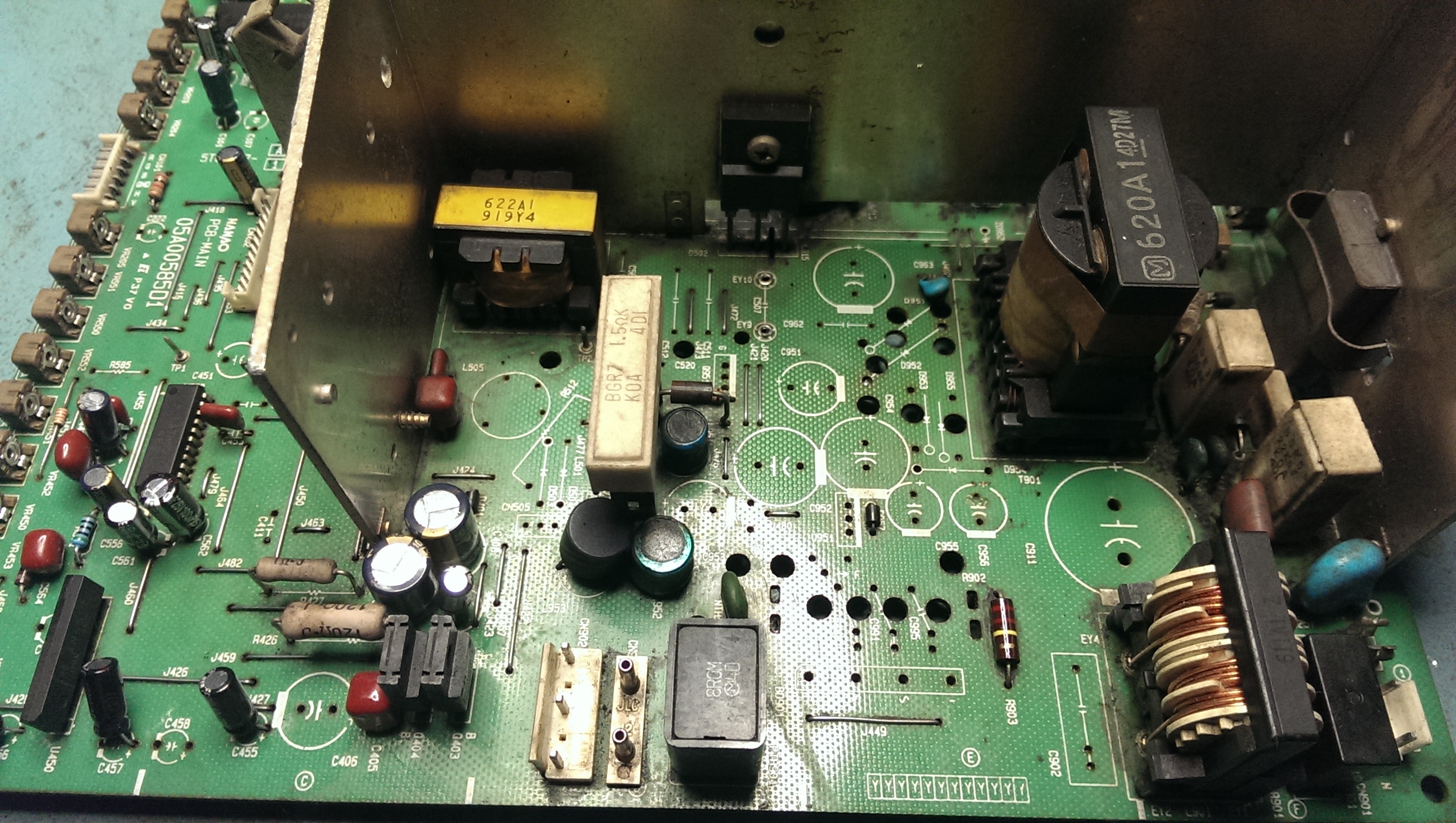 I then turned my attention to the remote board. 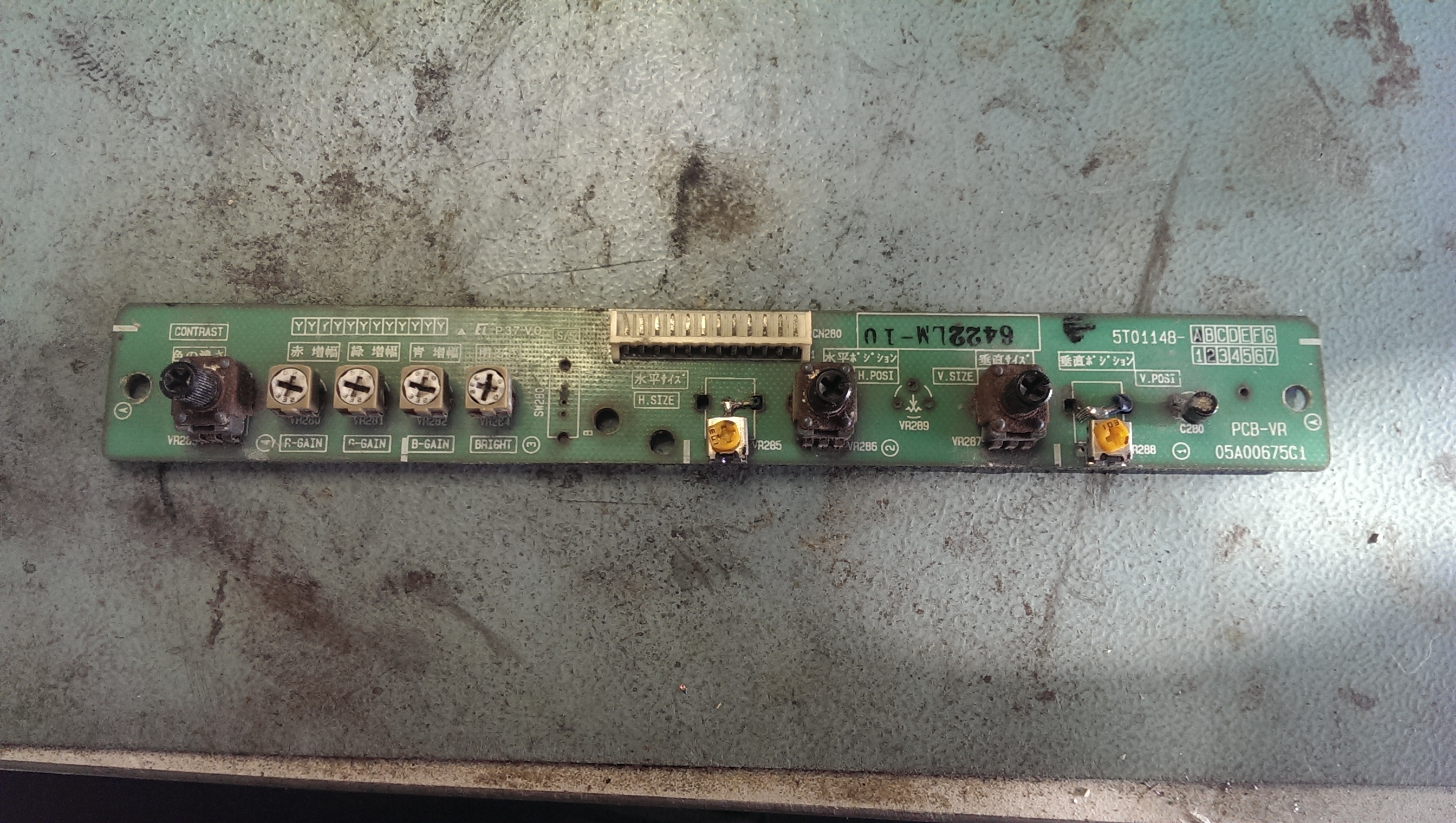 This had two pots missing but had a couple of different ones hacked in their place and the smoothing capacitor was also leaking. I found some 10k Alps potentiometers on eBay so ordered a couple of those too.
The existing pots look in bad shape but they check out OK and operate quite smoothly so ill leave them alone for now. 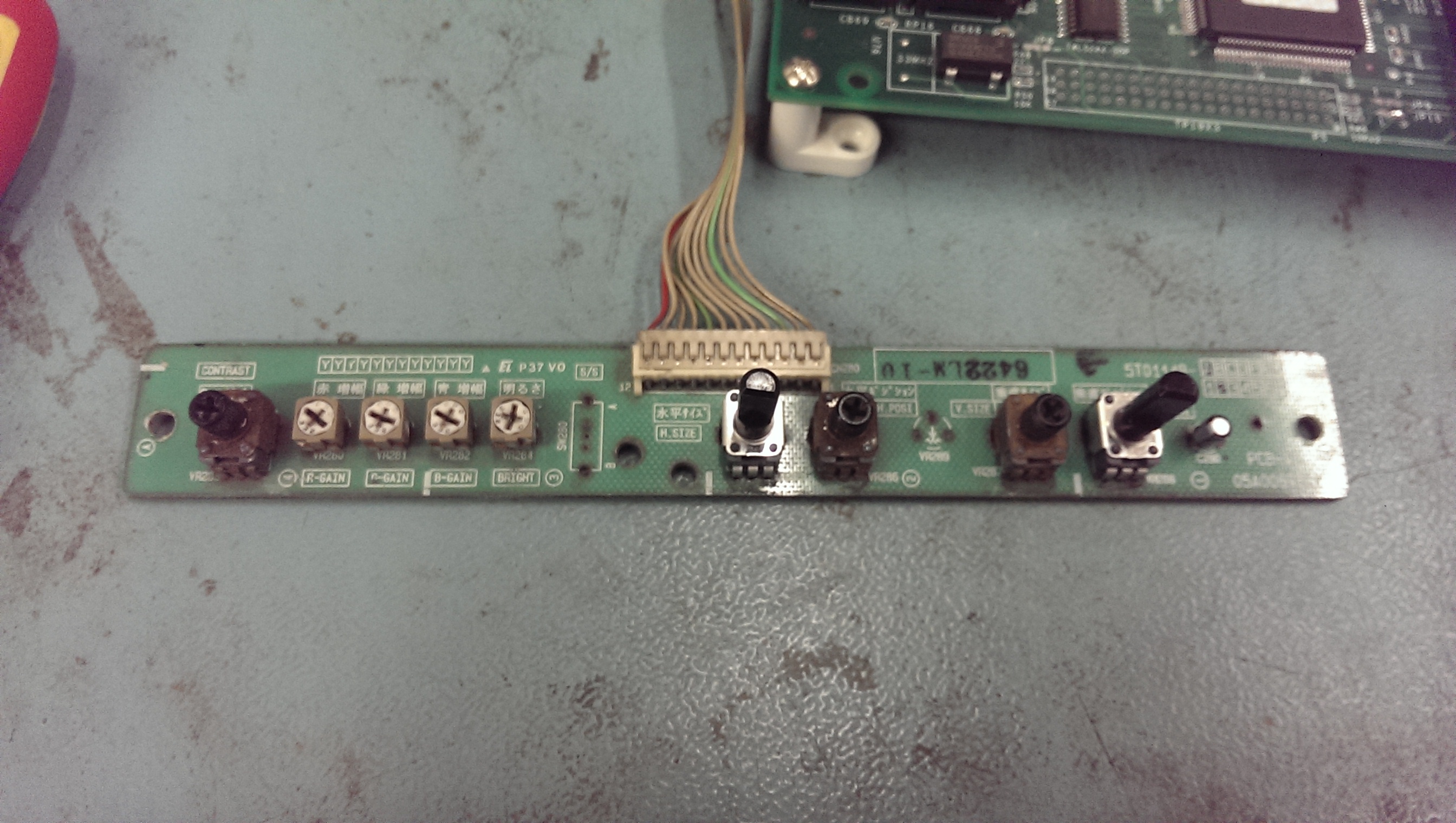 A few days later all my stuff had arrived from Mouser and I was ready to put this thing back together. 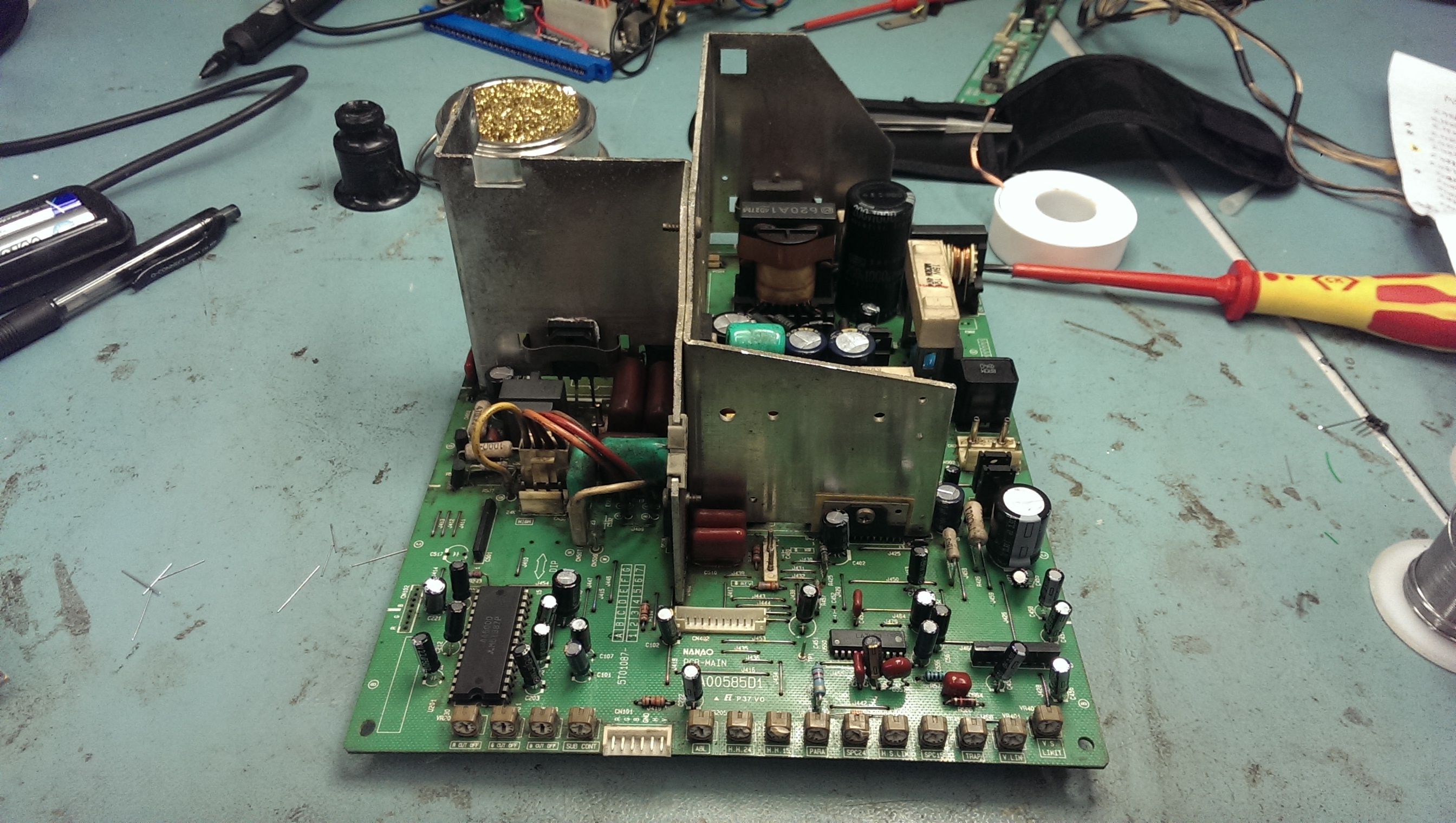 I fitted it back into my spare 29″ tube and fired it up for the first test.

With a bit of tweaking I got the decent picture. The photo doesn’t really do it justice but I’m pleased with the results. 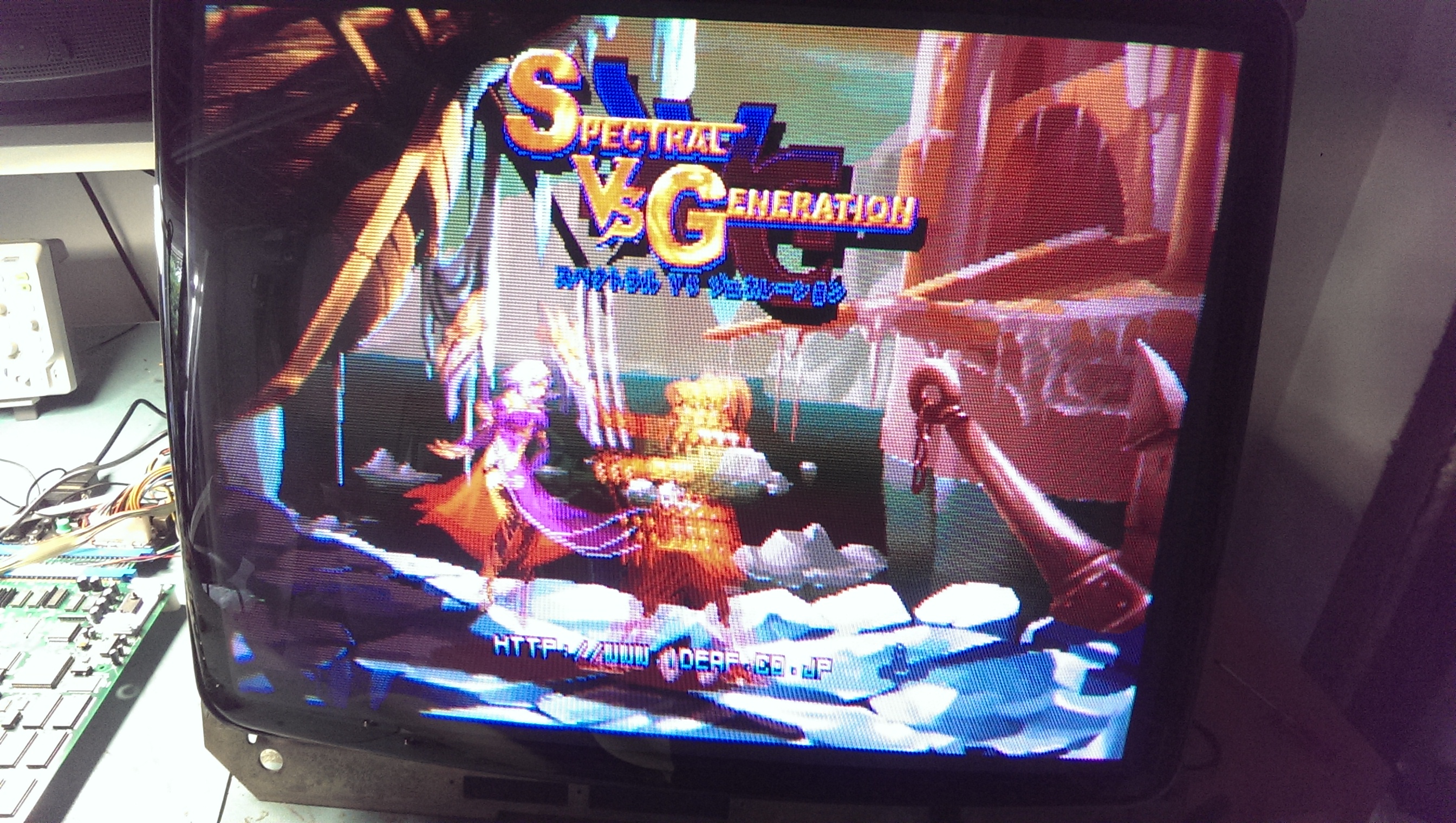 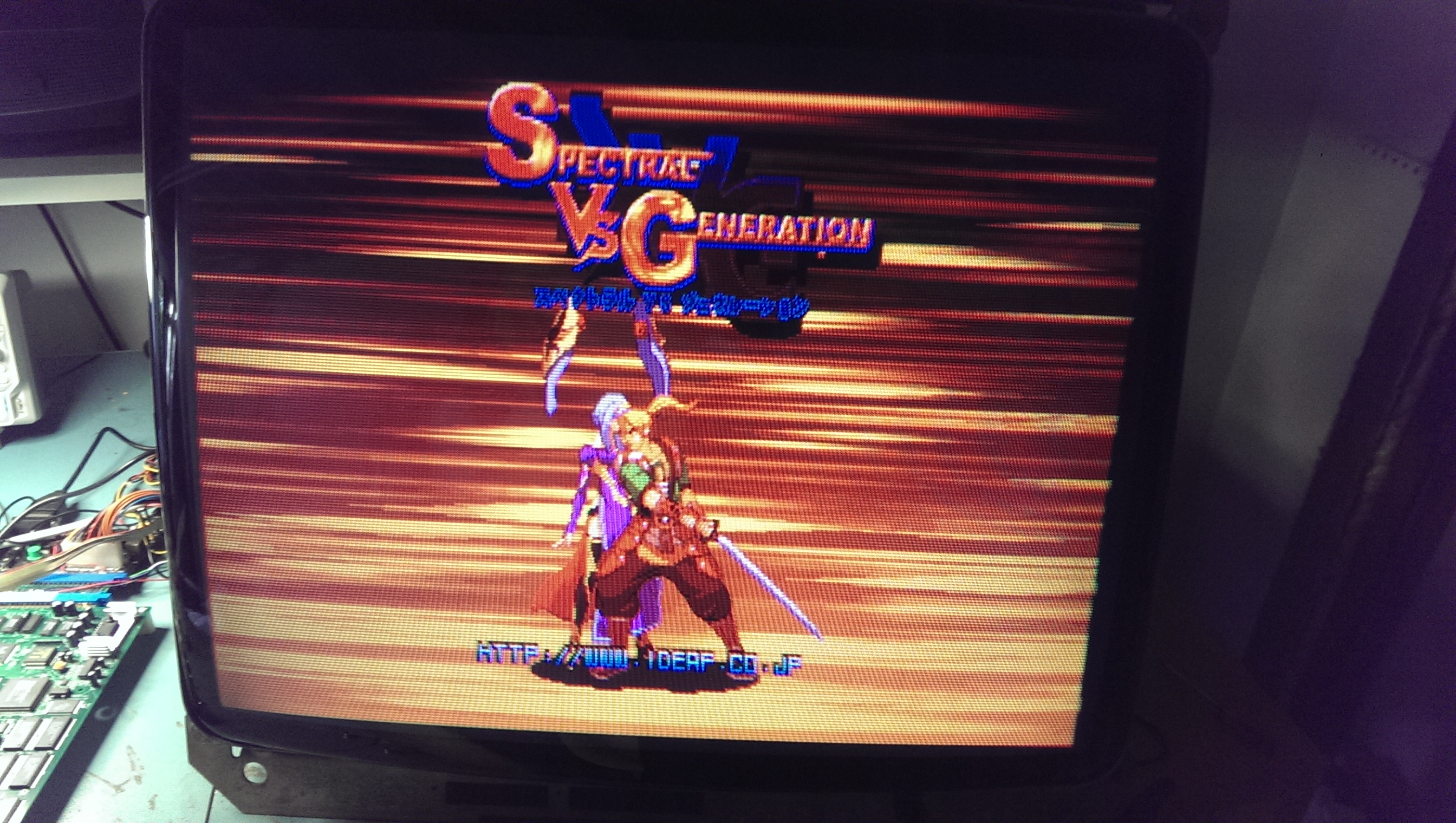