Recently I finally got my first arcade cabinet from my friend ‘robotype’;

For the uninitiated the Astro City is a compact sitdown cabinet released from Sega in the 1993.It’s by far the most popular cabinet in Japan.It mounts a wide 29″  15/24KHz monitor (Nanao MS8, some have Nanao MS9), its interface is JAMMA so widely compatible with most arcade PCBs.

After redone all the internal wiring and adapted the powering to 100V (main electricity in my country is 230V), I turned it on for the first time and I got a vertically crushed screen: 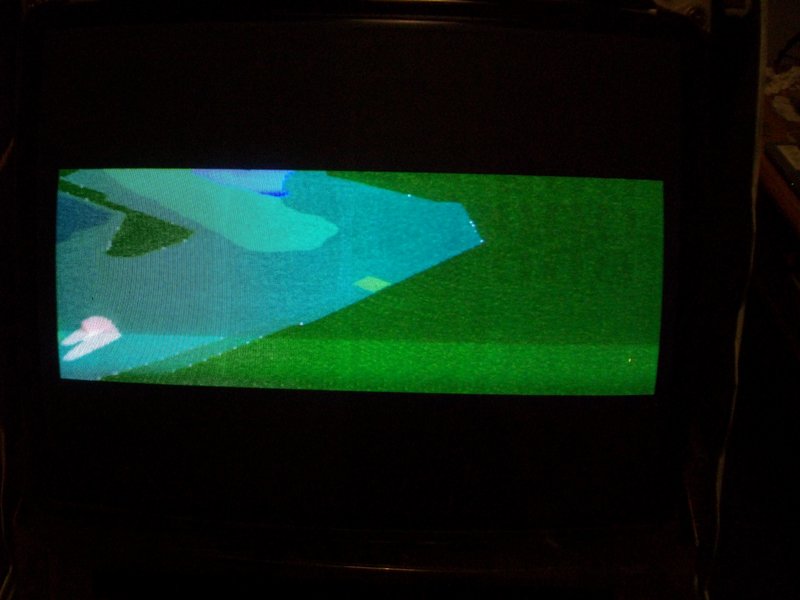 First thing I done was trying to adjust the vertical size through the pot on the remote board: 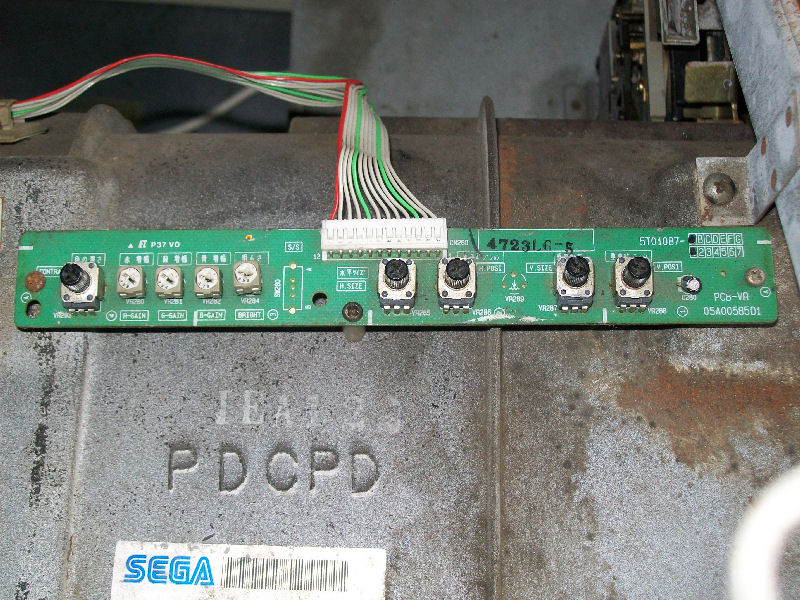 but I was not able since the pot was jammed.When I desoldered it, it fell off in pieces.The exact part is a 10KOhm  manifactured by ALPS quite impossible to find nowadays so I opted for a generic trimmer:

With the new pot fitted I was able to correctly stretch the image vertically: 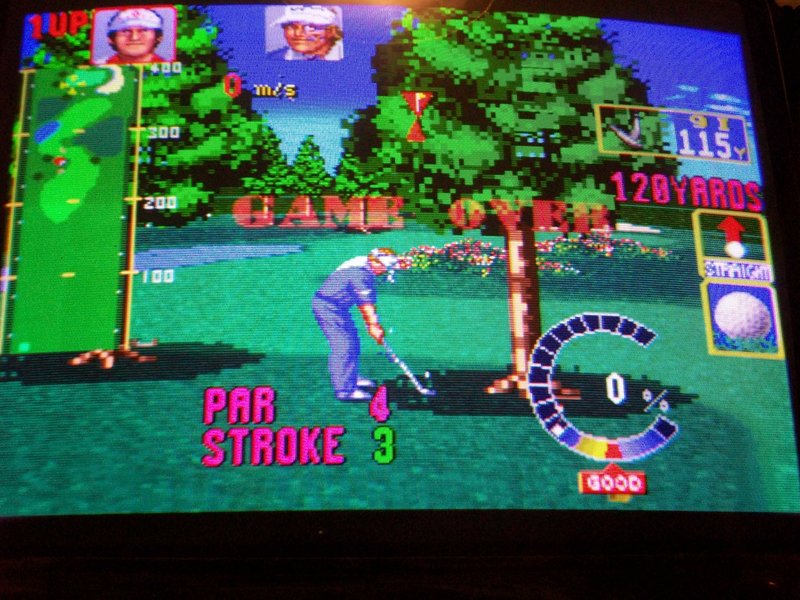 But the image was not stable, sometimes it crushed to become a horizontal line so I decided to furher investigate taking apart the chassis (NANAO MS9-29T model).First thing I’ve done was checking all the capacitors in-circuit with an ESR meter and I was able to found one bad which was clearly leaking and whose ESR was out of range of my meter (0-99 Ohms) :

Replaced it fixed all issues.