Got this genuine NebulasRay for a repair: 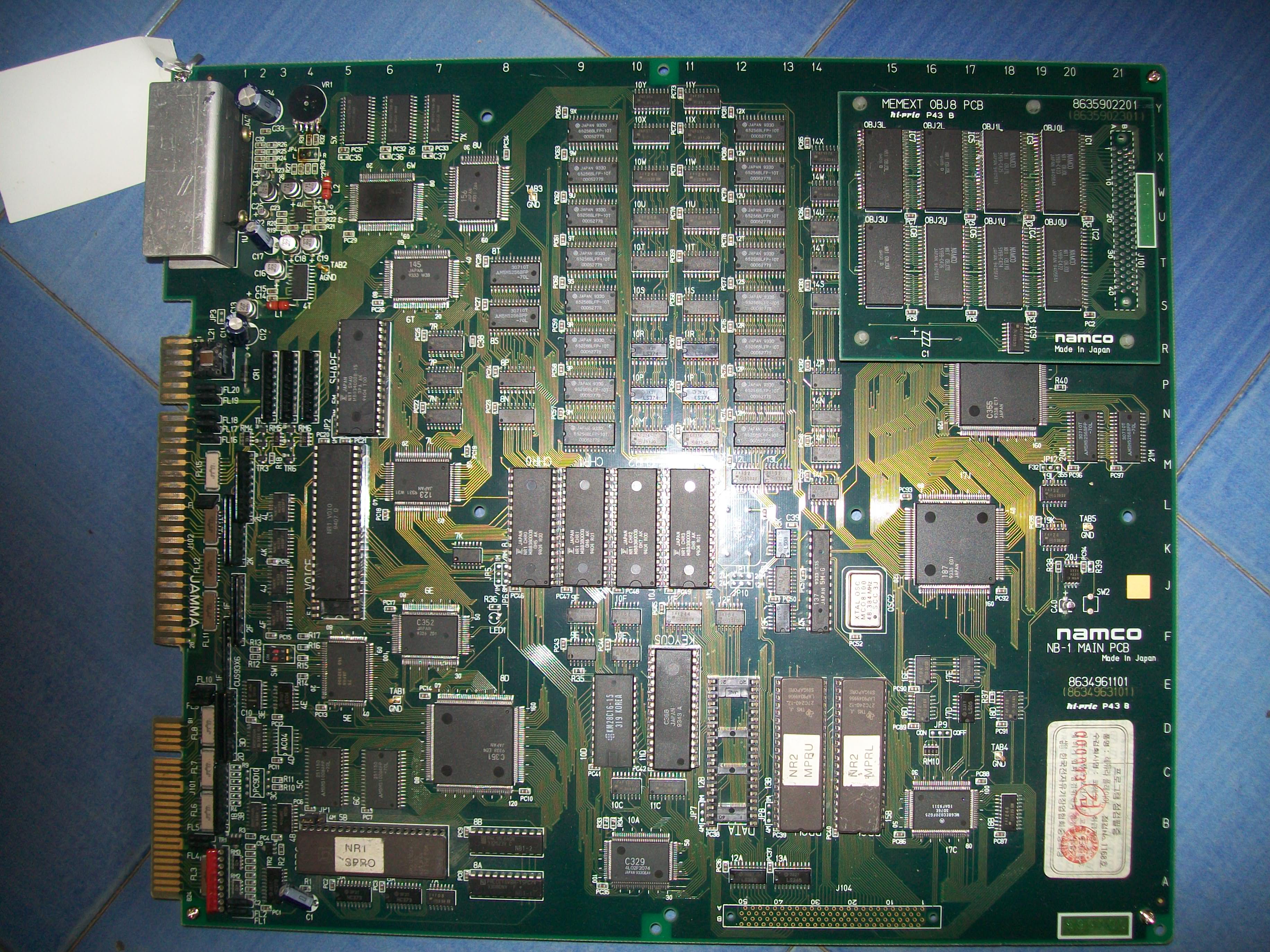 Game played fine but suffered from a color issue, screen was all yellowish, self-test on boot reported a problem on palette RAMs:

A yellowish screen means that problem is in the BLUE color generation so I started to study the hardware and figured out the RGB circuit: 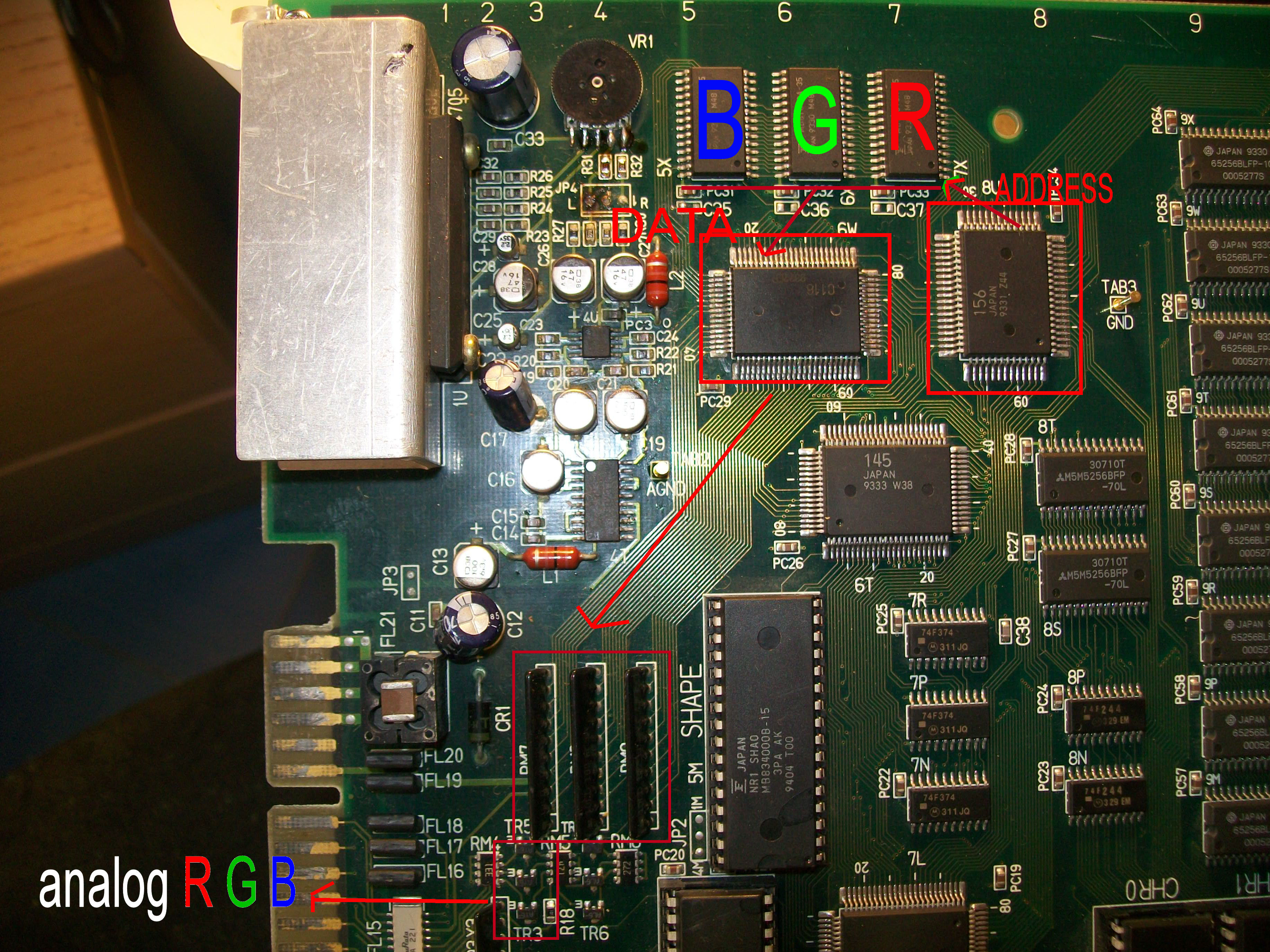 As you can see from the above picture, there are three 8K x 8 bit static RAMs, each one for a each color.These SRAMs are addressed by the custom ‘156’, their data go to the custom ‘116’ which processes them and generates the different color shades.These digital signals are converted to analog and formed into a single color by three 1K Ohm resistor arrays.Lastly each is color is amplified by a PNP transistor and routed on JAMMA edge pins.

With this knowledge for first I checked the 6264 SRAM @5X (which does the BLUE color), it showed normal activity on data/address bus until I probed its pin 27 (/WE) , it was not toggling like in other two RAMs but it was stuck HIGH so RAM was never written: /WE signal of this RAM (like the other two ones) are generated by the custom ‘116’: 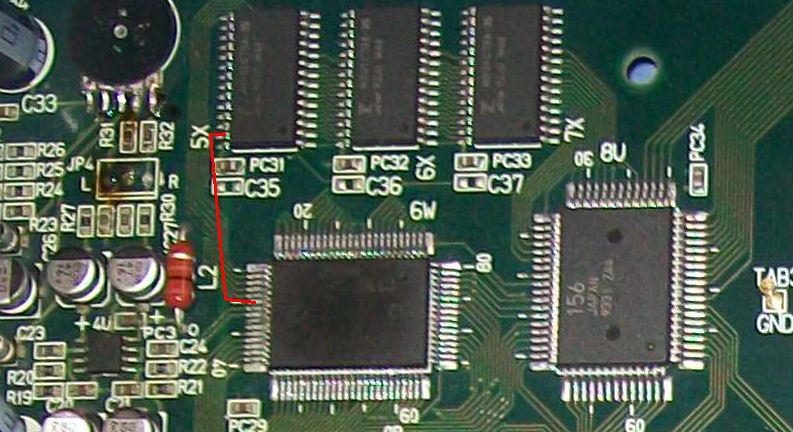 But with my multimeter I found no continuity, at a closer look the pad of pin 27 of this RAM lost contact with the trace.I promptly restored it and this gave me a fully working board again.End of job.