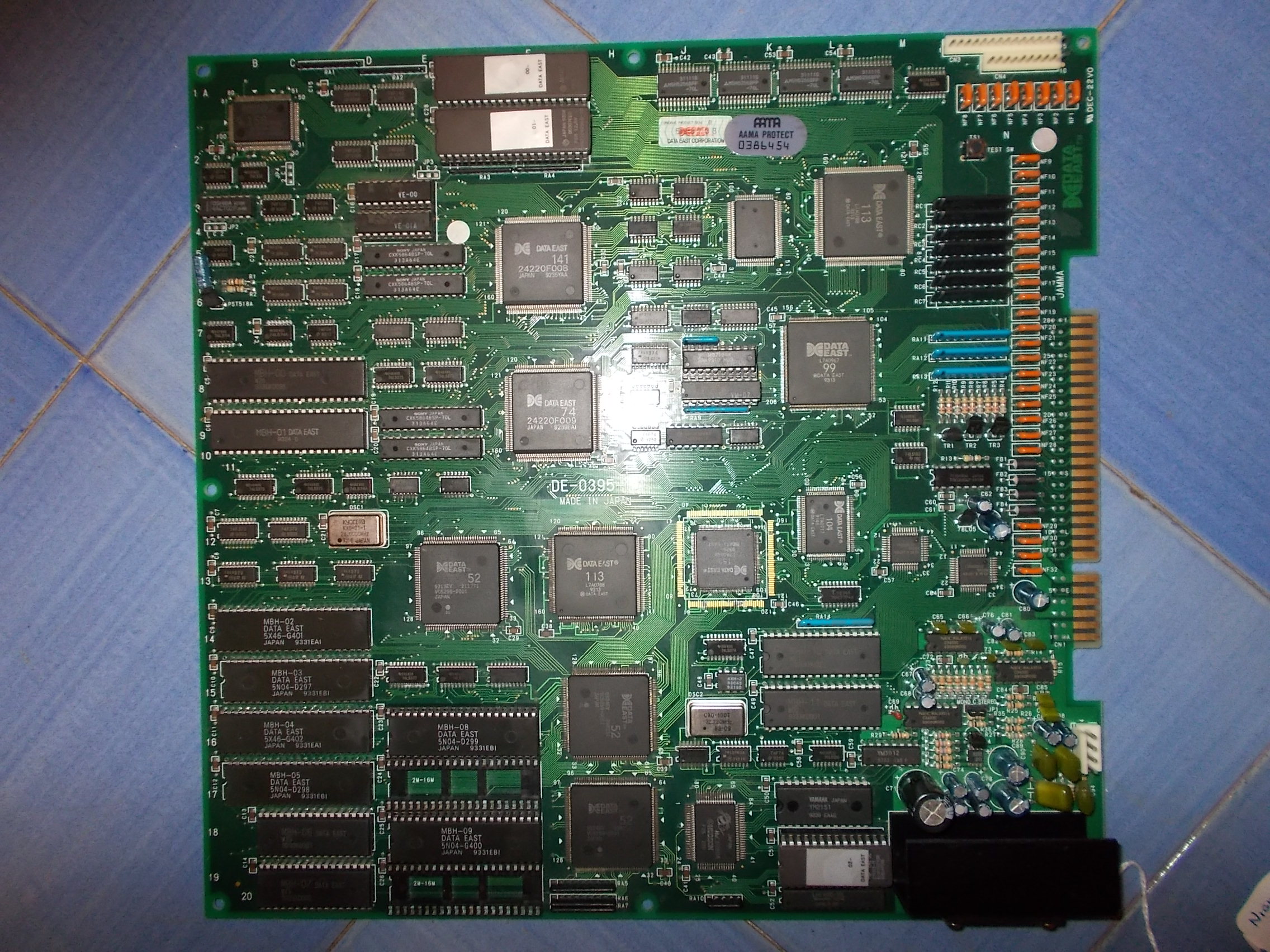 Board was in good condition but showed severe corrosion on two ’52’ custom sprite generators, one of them were missing some pins too: 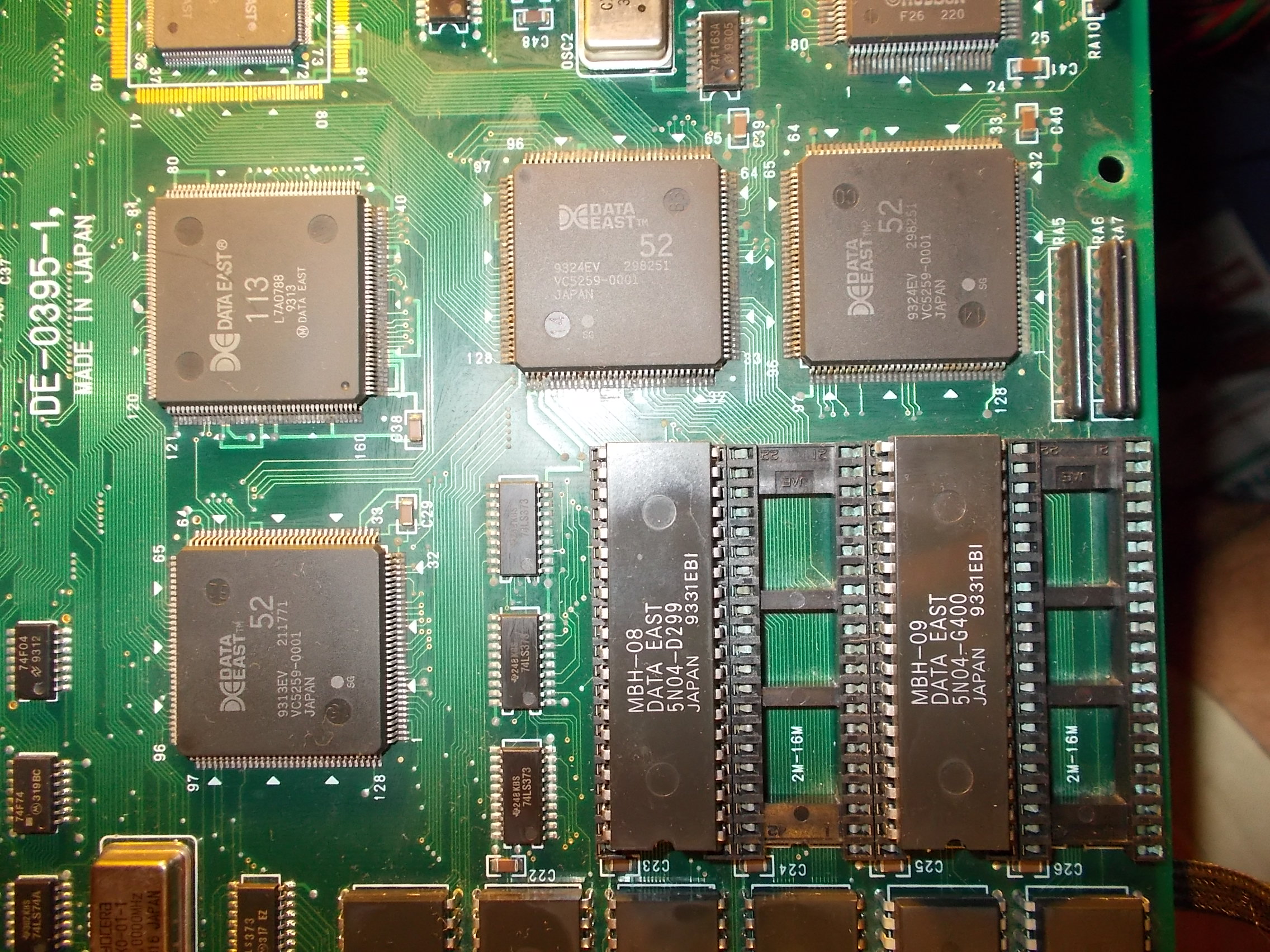 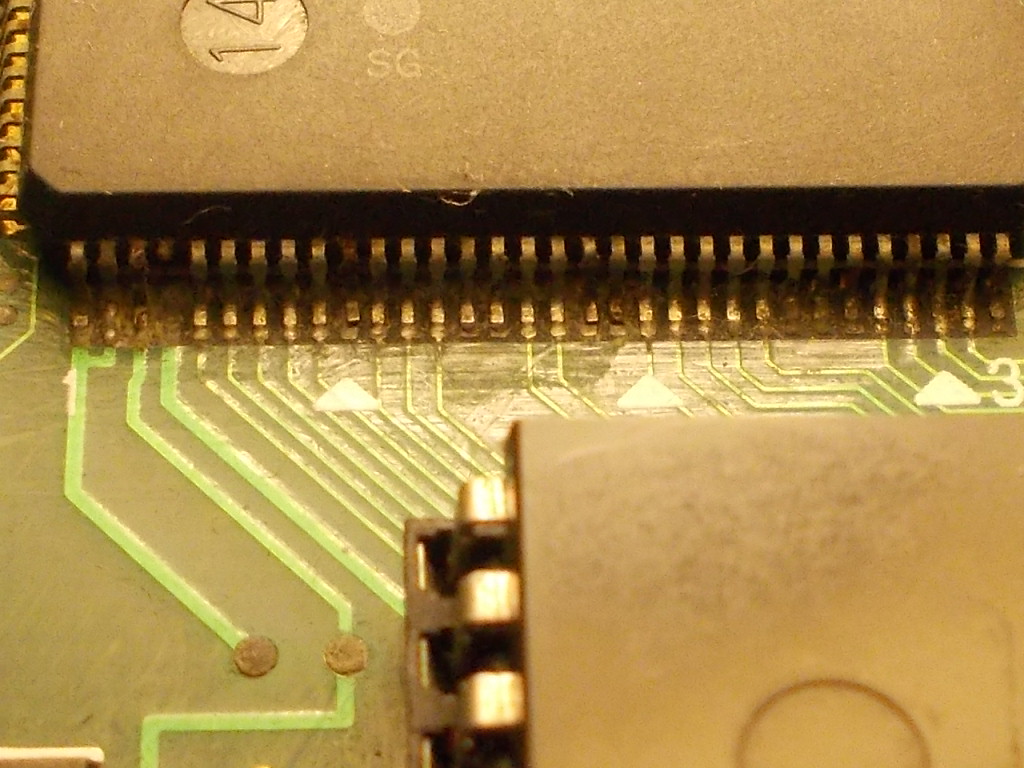 Obviously due this, once powered up the board there were several problems mainly sprites related: 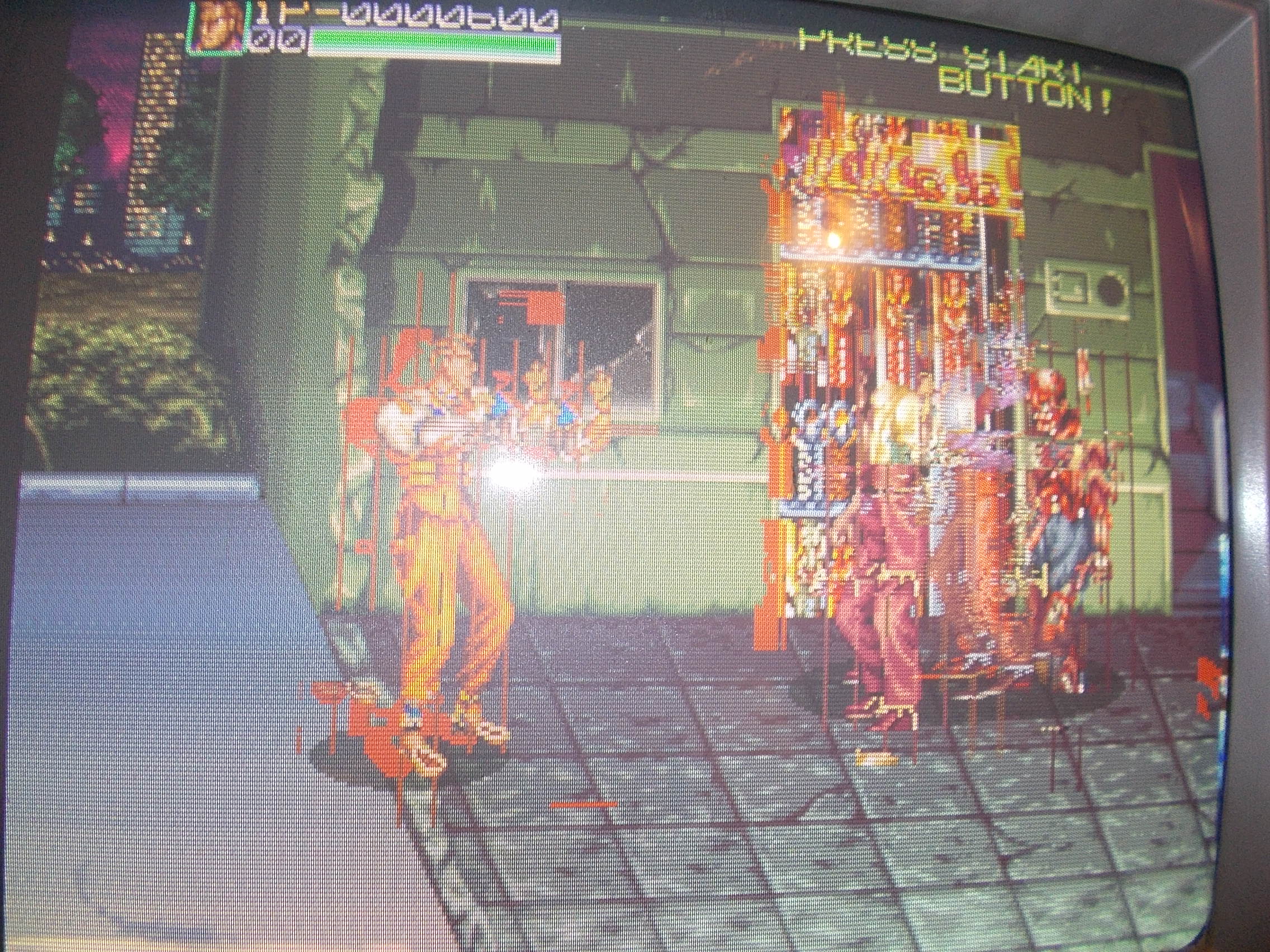 Besides, there was also a strange horizontal scrolling issue,were the bad sprites were moving in the opposite direction to the given input :

So, I rolled up my sleeves and replaced the most corroded of the two custom ’52’ taking a good chip from a Mutant Fighter donor PCB:

I decided to replace also the other custom ’52’ but this didn’t led to any improvement.I was pretty sure the issue was due corrosion in the same area of replaced customs, most likely a trace or via was eaten  but, without schematics, it was like looking for a needle in a haystack. I was nearly to give up when, probing the connections between the two ’52’ customs, I came across a loose contact (measured 43Ohm of resistance point to point, signal could not propagate well due this poor contact) : 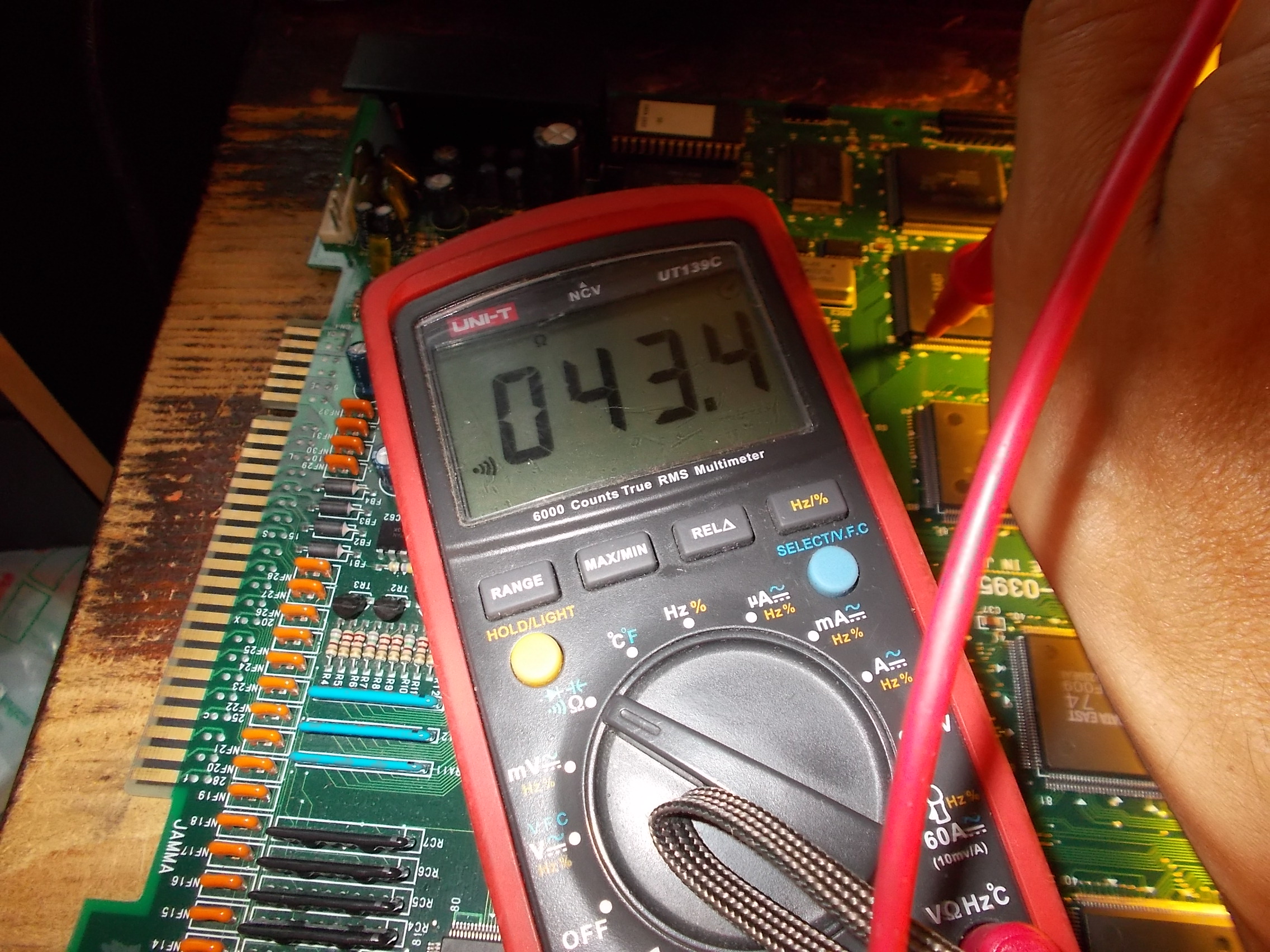 Following the trace, this ended underneath the first replaced custom but, without removing it again and with help of some pictures I took, I could find the exact point of interruption (actually two were the bad traces) 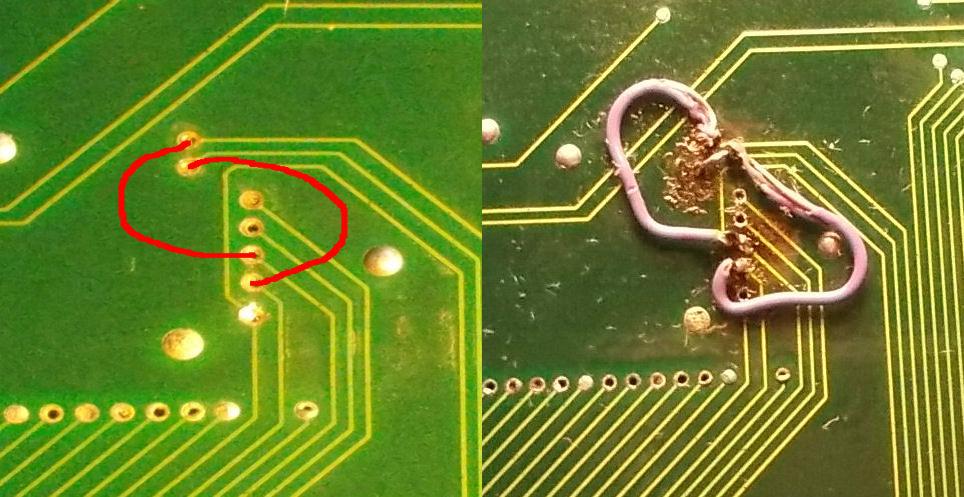 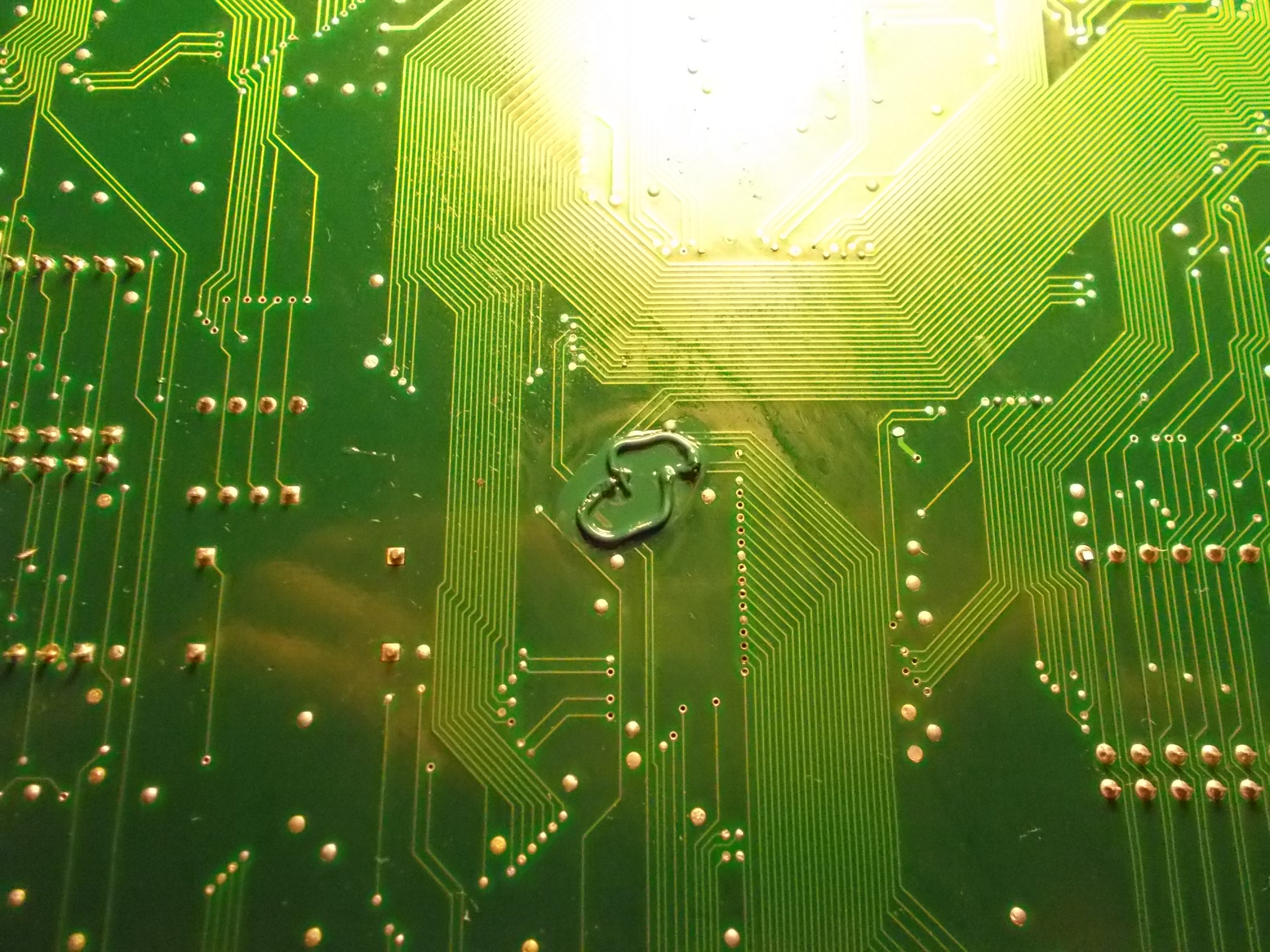