Maybe this isn’t the typical repair log but it has a couple of pictures here showing what can happen.
I was actually given this by a reader of the site and he wanted to donate something by way of thanks. He told me it had some issues playing the cartridges and suspected the ZIF connector that the NES is infamous for.
As you can see its boxed and in really nice condition. 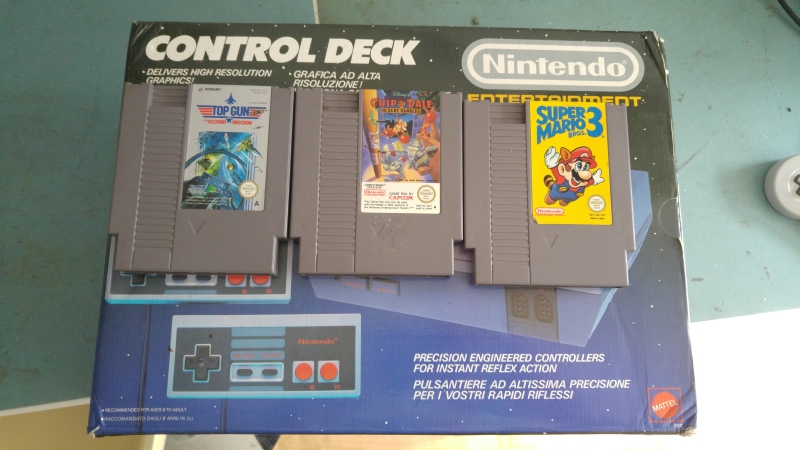 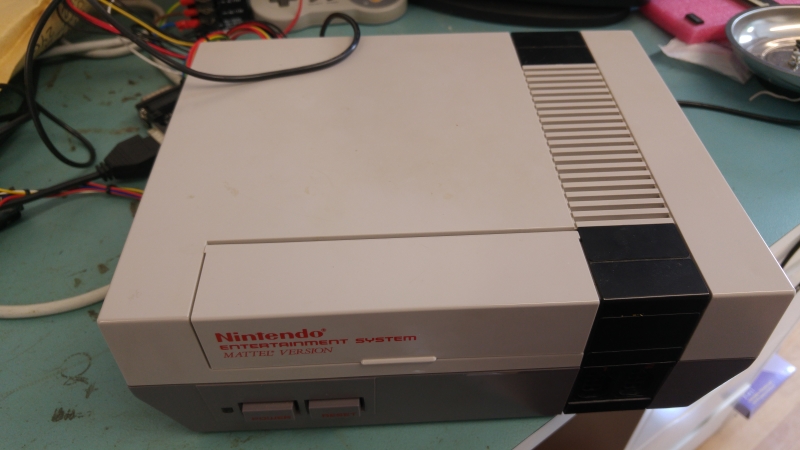 I powered up the console testing the games that came with it. 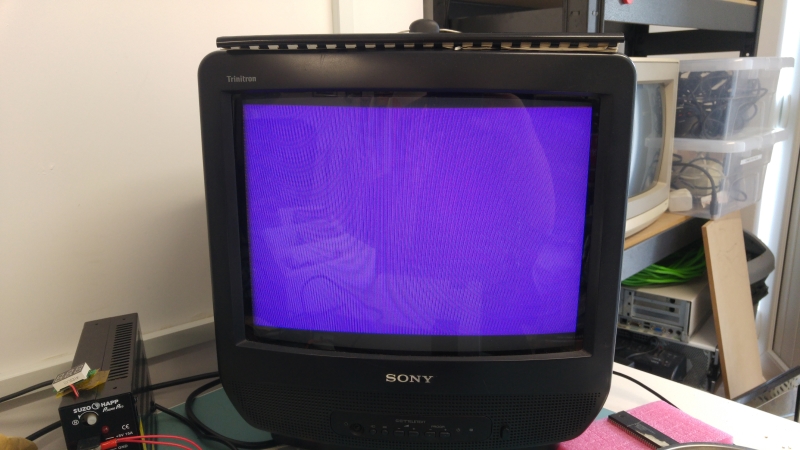 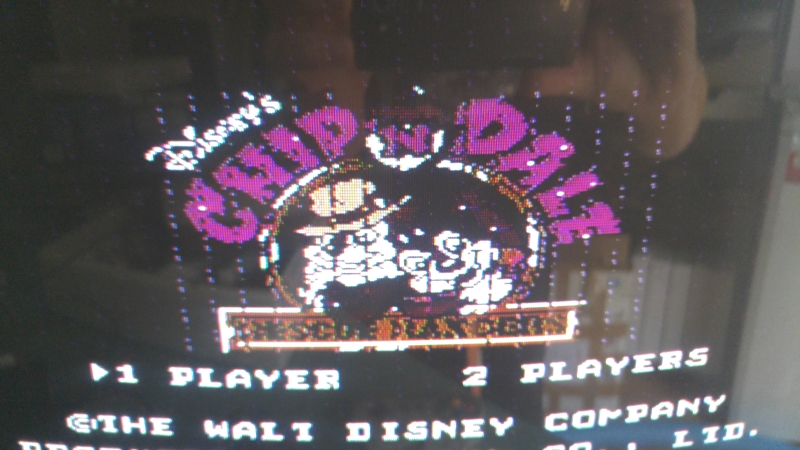 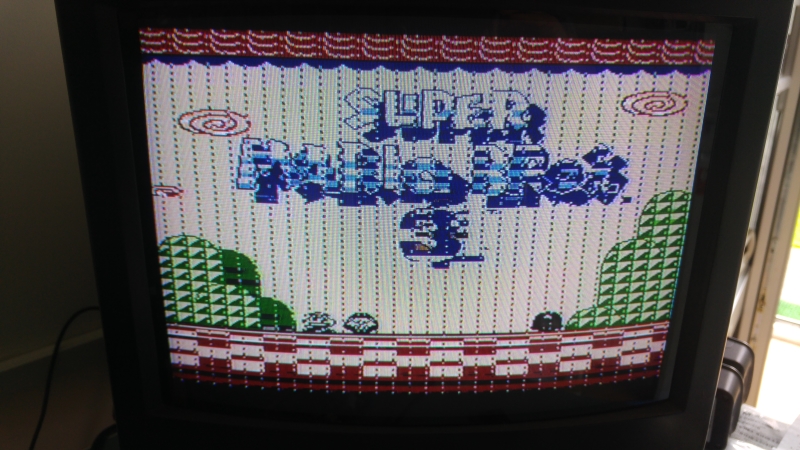 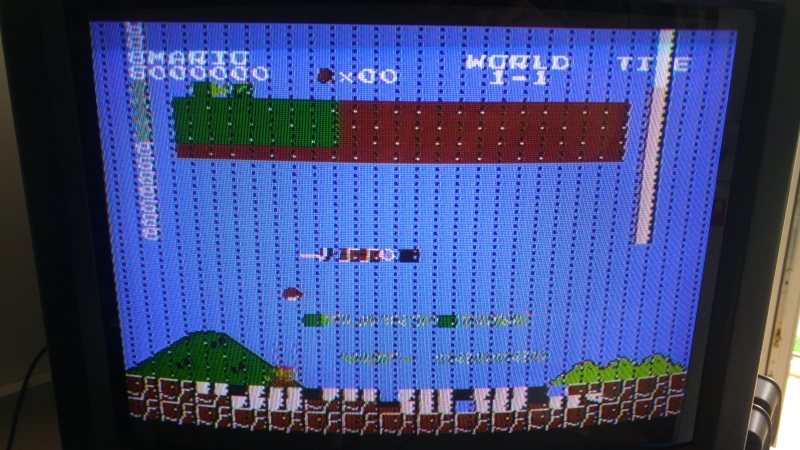 You can see jailbars on most of the pictures. Occasionally the game didn’t boot at all and when they did the sound was a low static noise. 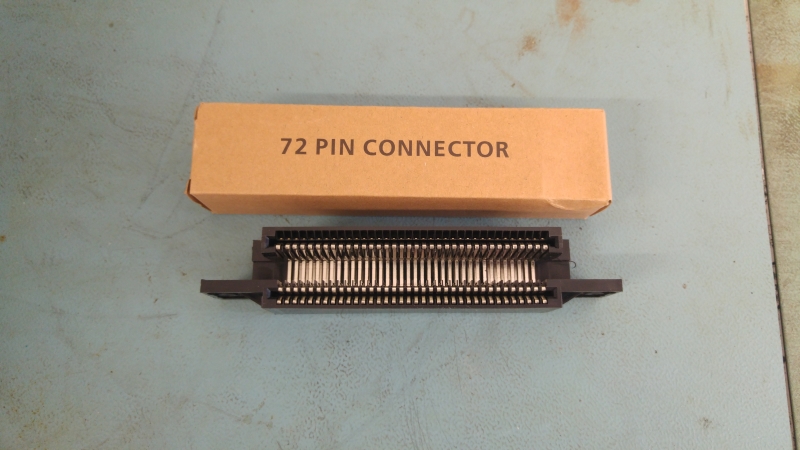 I did originally attempt to bend the pins on the original connector back but it made no difference and a couple looked too far gone so it went in the bin.
There are countless guides online for taking apart the NES and replacing the connector so I wont really go into it on here.

There goes the warranty! 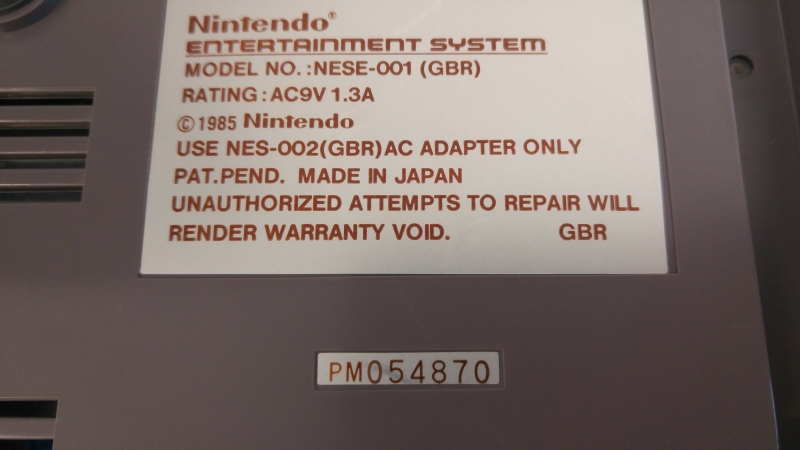 With the connector fitted I now get this. Its currently playing through RF so excuse the poor picture. 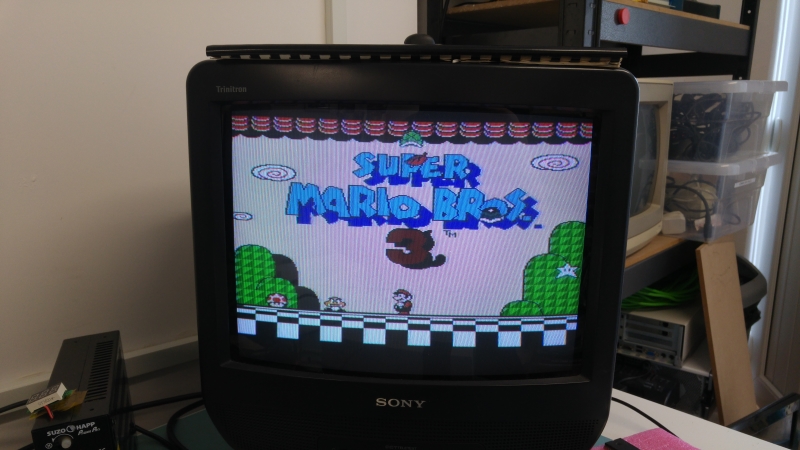 I never really had a NES before so being able to play Mario 3 is going to be a treat.
Thank you very much to Kieron for this wonderful donation.